The official Whamageddon Facebook page was created Dec. 3, 2016, and still posts updates on the internet-based game. 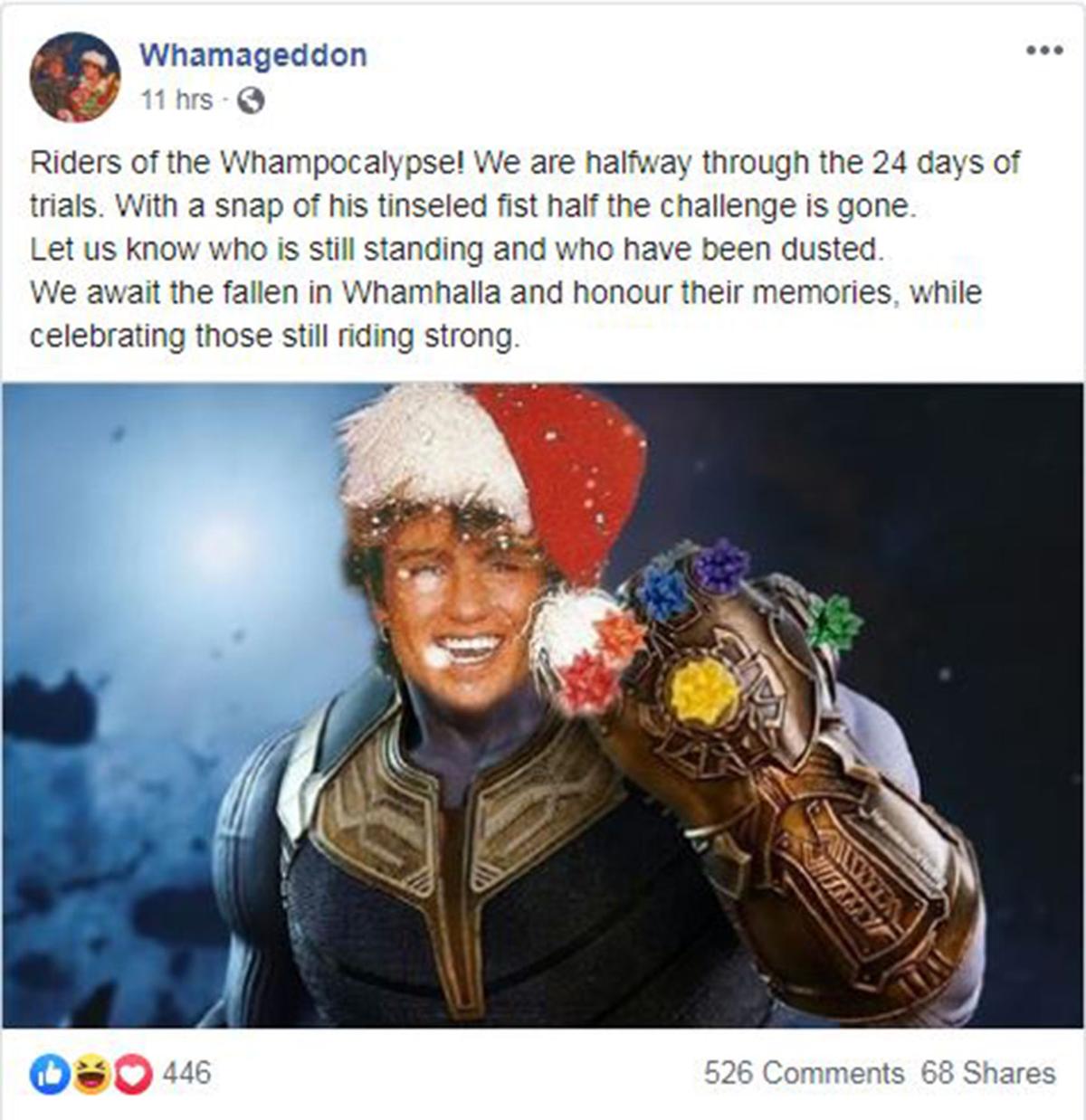 The Whamageddon Facebook page recently posted an update on the internet-based challenge featuring an image of Wham! singer George Michael as Thanos from the Marvel Cinematic Universe. Whamageddon would probably be Thanos' type of game.

We’re about two weeks into December, which means Christmas songs can be heard playing pretty much any public place that has a radio going.

There’s one Christmas song in particular that I recently learned is at the heart of a bizarre internet game: “Last Christmas” by Wham!

The rules of the game, which is called Whamageddon, are fairly straightforward and can be found on the official Whamageddon website.

Basically, to win Whamageddon, you must avoid hearing Wham!’s original December 1984 version of “Last Christmas” from Dec. 1 to midnight Dec. 25. If you happen to hear the song during that time period, you must post #Whamageddon on social media as soon as you can to let the world know you are out.

Listening to remixes or cover versions of the song is OK, and if you listen to the song accidentally but don’t recognize the tune as being Wham!’s original rendition, you are still in.

According to Whamageddon’s Wikipedia page, the game has been around since at least 2010 or even earlier. In 2016, a Facebook page for the game was created, and in December 2018 British comedian Romesh Ranganathan tweeted out the rules to the game. His tweet further helped boost the popularity of the game.

That said, I only learned about the game last weekend while visiting my girlfriend in Mankato, MN. She has been avidly playing the game — or rather, avidly avoiding “Last Christmas” by Wham! — since Dec. 1 and gave me a crash course on how the game works.

If anyone else wants to take part in this elimination-by-Wham! contest, I’d advise them against clicking on the video posted below:

I made the mistake of pulling up the video to copy and paste the link for this article before double-checking the audio was turned off on my computer.

That means yours truly has already felt the wrath of #Whamageddon.

Take 5: 'Christmas is so awesome mommy'