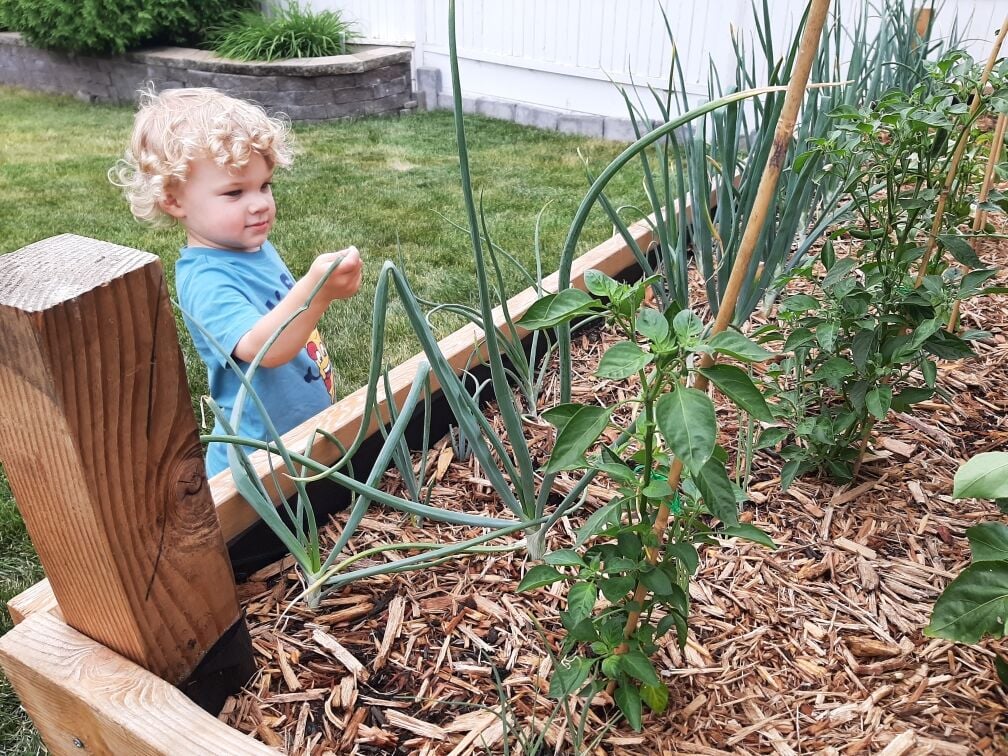 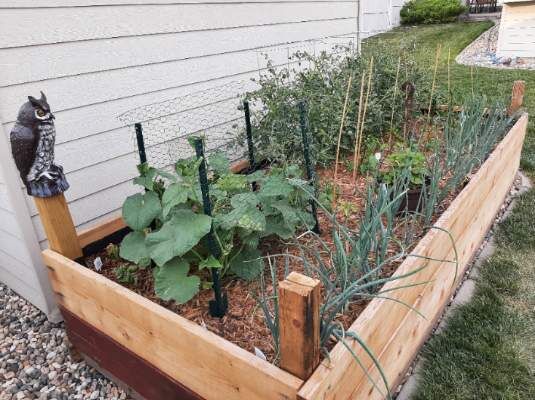 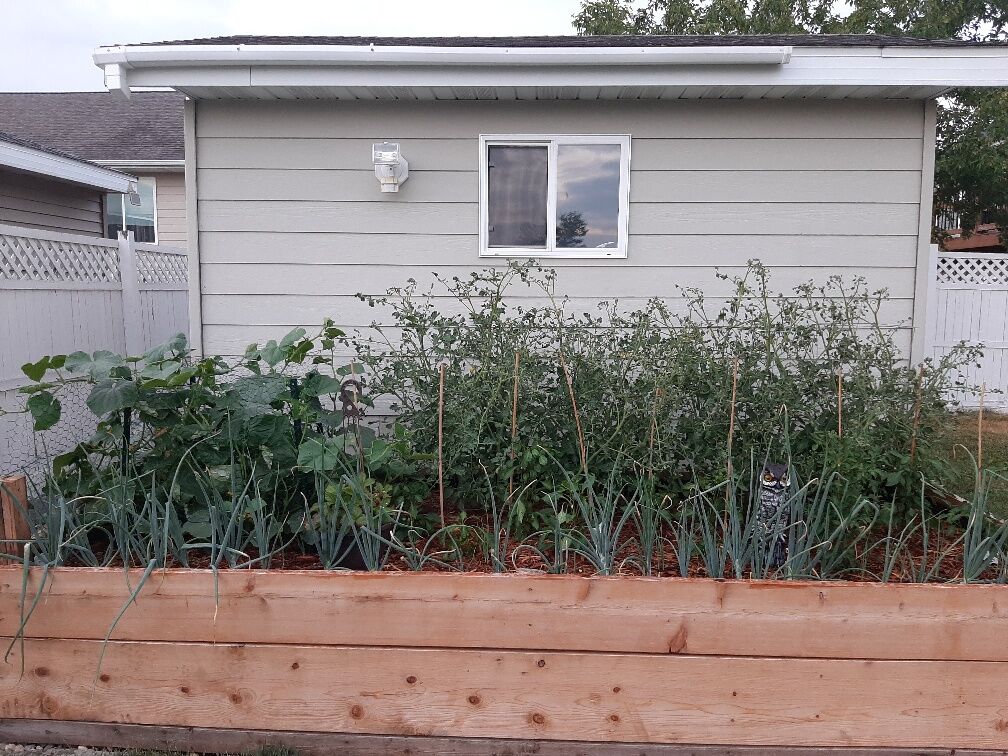 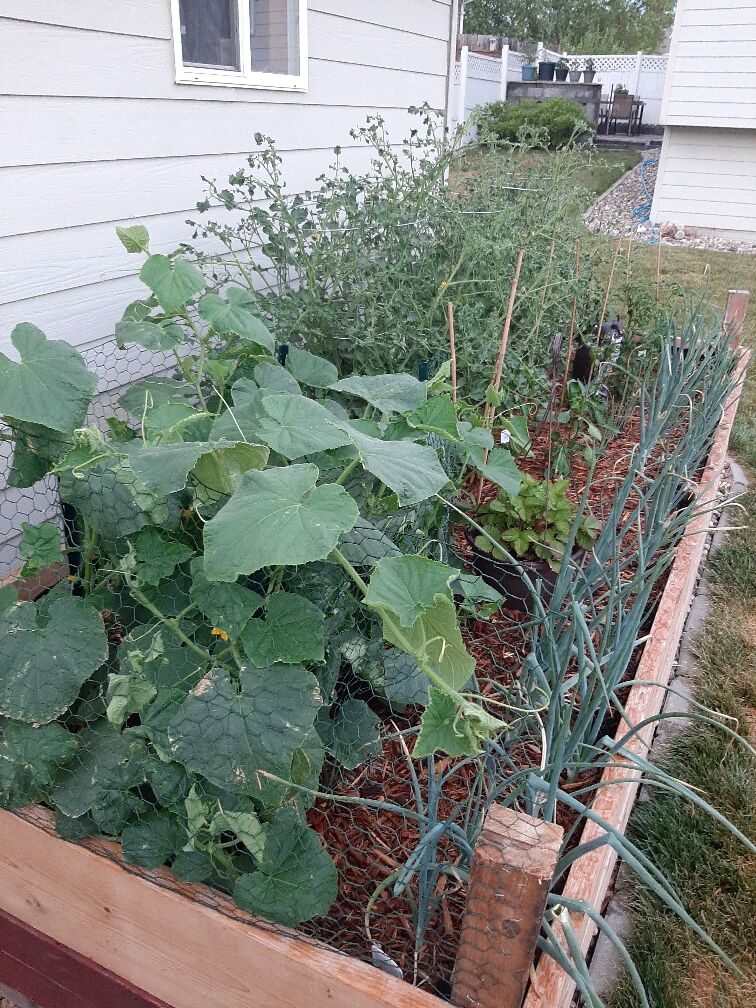 I’m starting to have a jungle on my hands.

I was warned that cucumbers could take over quickly and even though I hastily constructed a makeshift fence to keep them confined, a few vines have already spilled over the top.

On the other side of the garden, despite continuous modest pruning the tomato plants have grown taller than Bennett and no longer look like four individual plants as opposed to one large hedge row.

I suppose looking at it from a positive perspective it is a good problem to have.

The plants are healthy and growing quickly. There should be lots and lots of cucumbers and tomatoes in the weeks and months ahead.

On the flip side the remaining bean stalks that survived the scorching heat from the previous weeks now face a new threat with the encroaching growth on two sides.

It remains to be seen what will happen there, but the beans may end up being sacrificed as collateral damage in Backyard Garden 2.0.

But that hasn’t been the only one learned this season.

Our onions looked enormous judging by the tall green leaves that had sprouted up.

After a bit of research I learned they could be pulled when the ends turn brown and start to fall over.

My delight turned to dismay when I anticipated an onion at least the size of a baseball and pulled up something closer to a golf ball instead.

An acquaintance at the farmers market told April is was likely from watering a bit too much as onions apparently like drier soil.

I have several remaining bulbs, so I plan to give the rest of them some more time then perhaps plant a fall crop and see what happens.

This means that Backyard Garden 3.0 has already started formulating in my mind.

Trellises will be required and an rearrangement of the plants themselves will likely be in order.

But that’s a long way off.

For now, I need to tame the jungle steadily growing in my backyard.

The garden is growing.