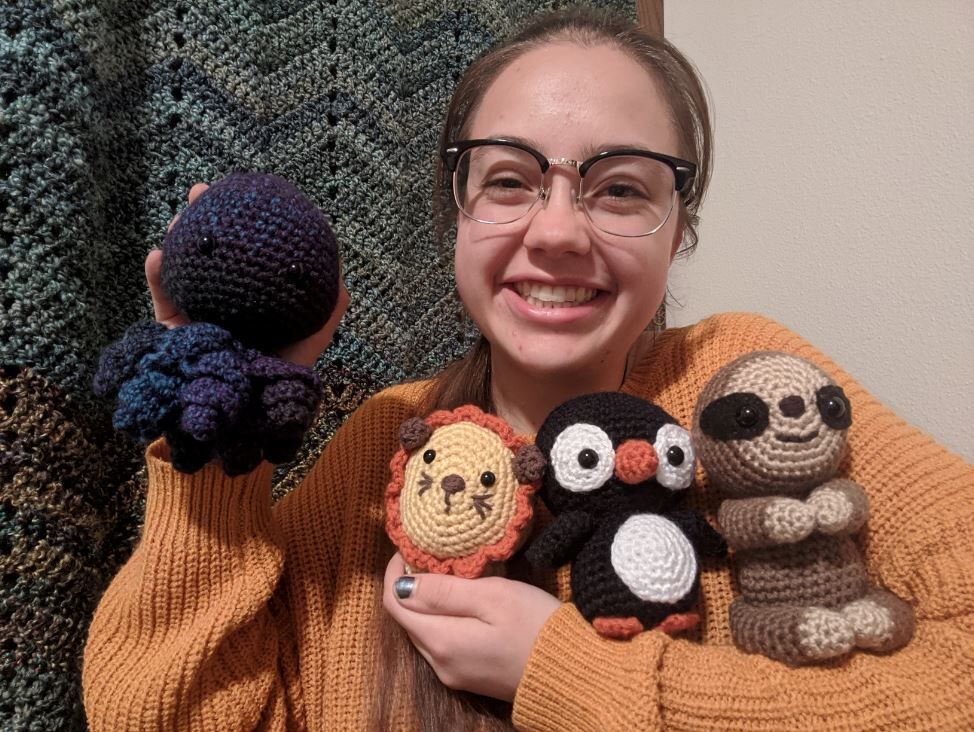 In all my spare time these last nine months, I've crocheted dozens and dozens of stuffed animals. 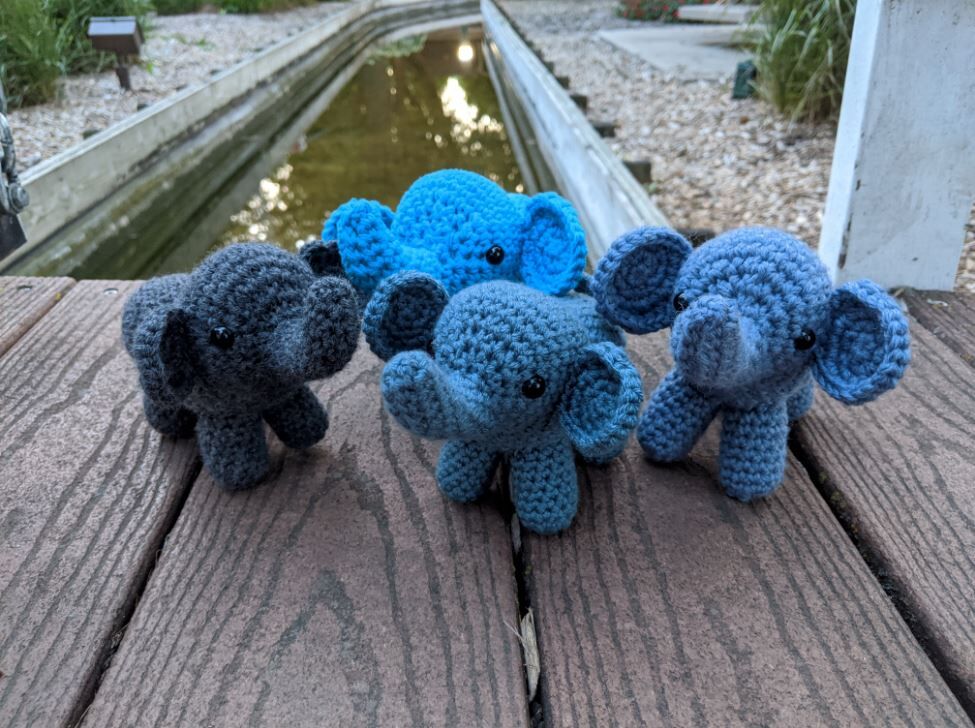 I don't play favorites, but out of 20+ patterns, these elephants are still one of my favorite critters to make.

Since the pandemic started in March, I’ve watched friends and family members pick up new skills and hobbies.

I, on the other hand, have spent the last eight months doubling down on my one and only hobby: Making an army of tiny stuffed animals out of yarn.

I have some of the cutest yarn babies hanging at my apartment now, including this most recent addition pic.twitter.com/9tSUAYbcPz

I’ve been crocheting for well over a decade, thanks to an aunt who started me off with a few lessons when I was 12. Most of my early years were spent on the basics. I made scarves, potholders, a few too many bags. If it was square, I was there. I’ve even made a couple afghans that took me longer to finish than I’d like to admit.

But in the last four years I’ve fallen down a very particular crochet rabbit hole and discovered an almost all-consuming interest in making stuffed animals. As hobbies go, it’s somewhere on the top 10 list of cutest hobbies to have, because get a load of these little guys.

i have an extremely adorable side hustle, just sayin' pic.twitter.com/cqtLot7Ql6

In the crochet world, this kind of crochet is called amigurumi, which is the Japanese term for “crocheted or knitted stuffed doll.” I’ve been making amigurumi for going on five years, and in that time I’d conservatively estimate I’ve made over 250 crochet stuffed animals.

For me the joy is in the making. Once I’ve finished a project I’m not particularly attached to it. Before COVID-19, I’d rent a booth at local craft fairs and peddle my yarn babies for enough cash to buy more yarn and fiberfill to keep my hobby going.

Unfortunately all those events were canceled this year due to COVID-19, but with nothing better to do while I’m at home, I’ve kept making more. Since I moved to Iowa in August my house has been slowly but steadily filling up with dozens and dozens of stuffed animals.

I still sell a few here and there, thanks to social media. With the holidays coming up I'm occupied with custom projects for people who want a unique Christmas gift or stocking stuffer. This past week I've cranked out almost a dozen to meet the rush of requests from all my friends who are "Star Wars" fans. After a year of being asked to make Baby Yodas, I’ve finally caved in.

These did very well over on FB so Twitter gets to see them too. I'm about to make SO MANY of these bad boys. #BabyYoda #TheMandalorian #amigurumihorde pic.twitter.com/EbfuAy2dgZ

I suppose I could look for a new hobby, but I’m having too much fun with the one I’ve got right now. As long as I don’t end up with premature carpal tunnel from so much crocheting, I think I’m fine.

I now know how Kevin McCallister felt in “Home Alone 2: Lost in New York” at the Plaza Hotel.