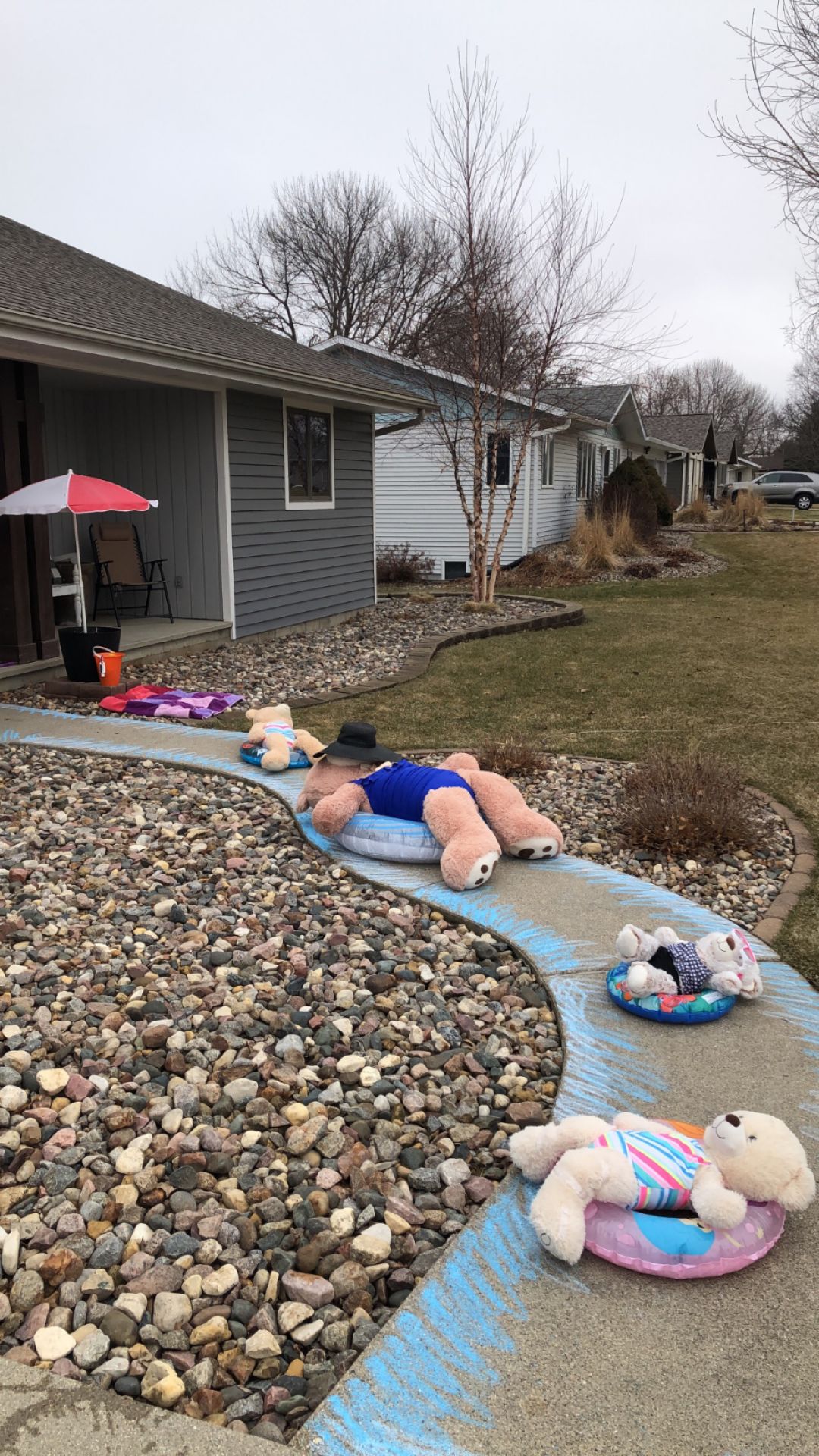 Can you find these bears relaxing on a lazy river in Sioux Center? 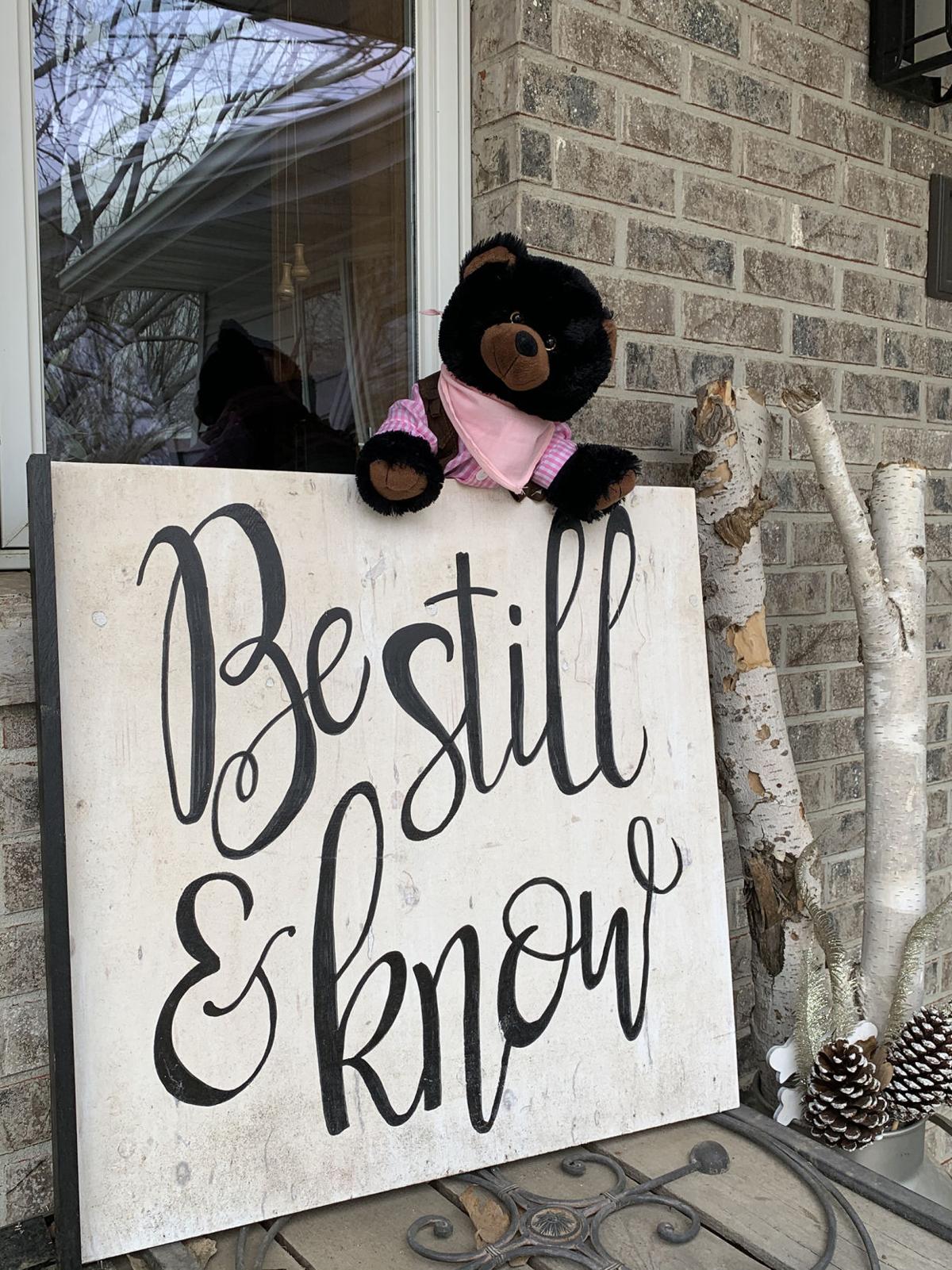 What a great message! 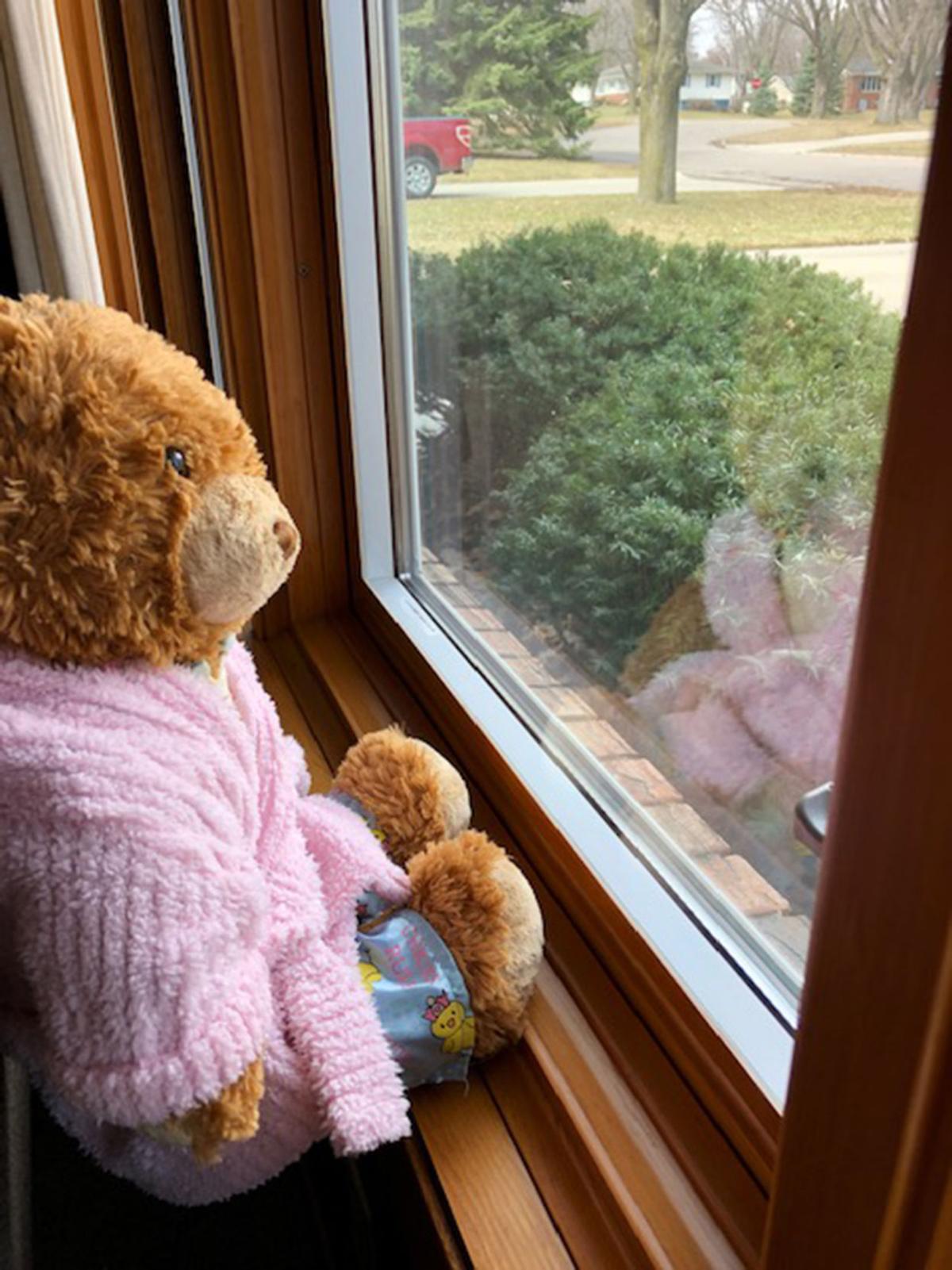 Waiting for kids to come by!

SIOUX CENTER—The Sioux Center community is jumping on the trend of setting up ‘bear hunts’ to keep area children entertained during their extended spring break.

Everyone who wants to participate can put a teddy bear in a front window so families can go on a bear hunt. Families will walk around neighborhoods and try to spot as many bears as possible.

The idea is based on the book “We’re Going on a Bear Hunt” by Michael Rosen.

“Let’s see YOUR bear pictures!” she writes. “Let’s get this going in Sioux Center!!!!”

Her first post Tuesday, March 24, said “Saw my first bear today peeking out my window. There are 2 bears hiding at my work, Snieder Insurance. Do you think you can find them?”

Sioux Center residents are also encourage to e-mail their 'bear hunt' pictures to rwielenga@nwestiowa.com to be includes in next week's issue of the Sioux Center News.

Here are a few bears already out in the community!

SIOUX CENTER—Trains in the Netherlands ground to a halt in September 1944. Dutch railway workers were hoping a strike could stop the transport…