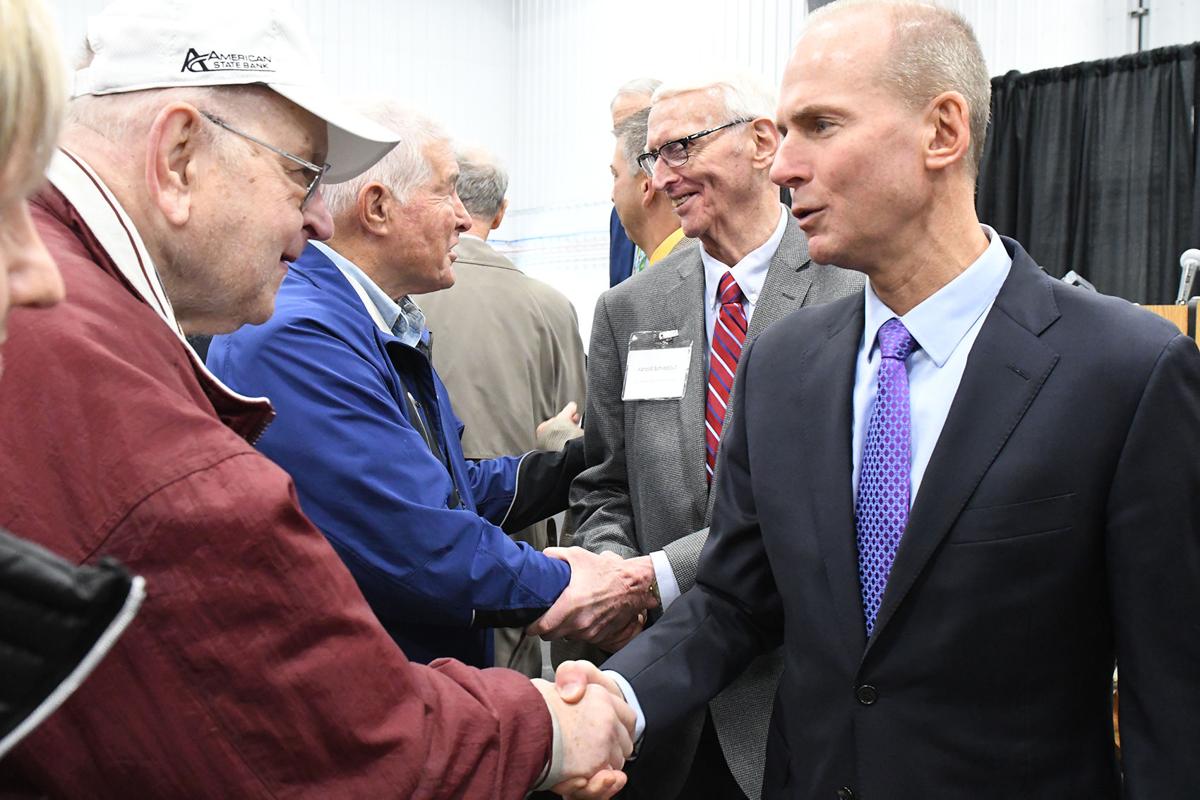 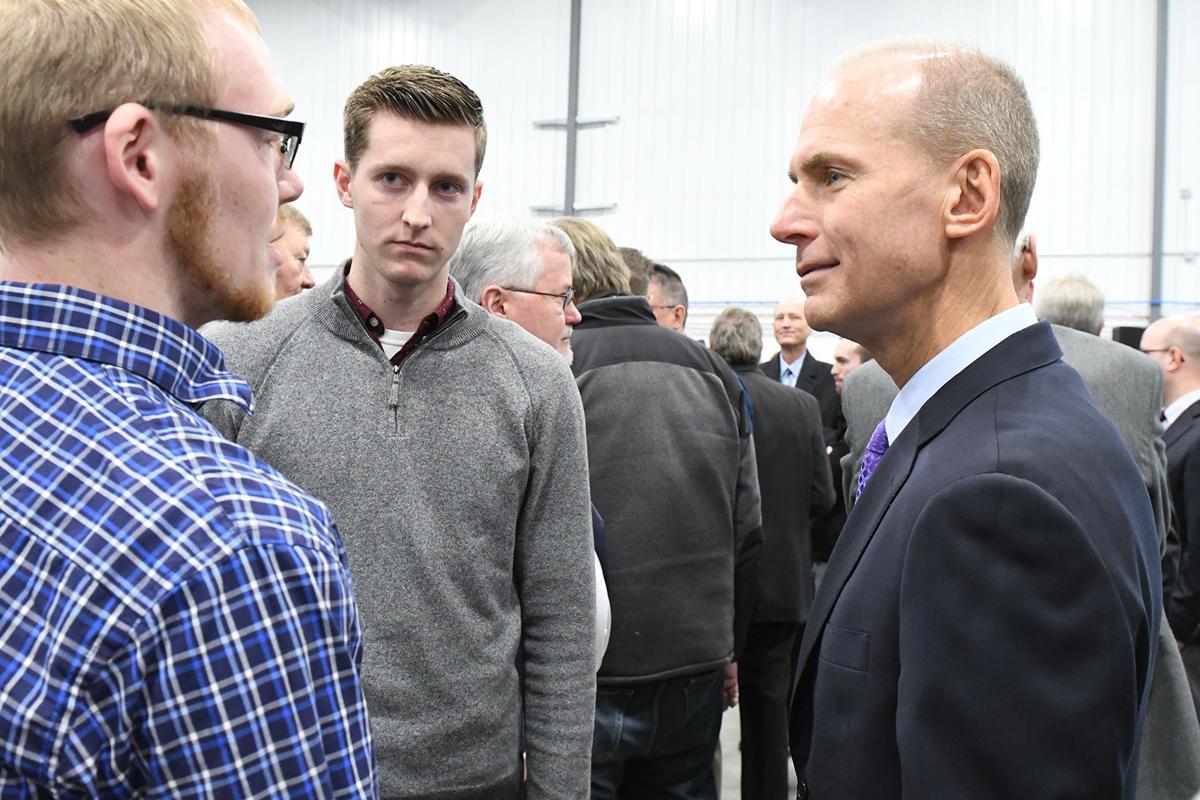 SIOUX CENTER—Sioux Center native Dennis Muilenburg is no longer at the helm of the world’s largest aerospace company.

The Boeing Co. announced Monday, Dec. 23, that Muilenburg resigned from his positions as Chief Executive Officer and board director effective immediately in the aftermath of the two crashes of the 737 MAX.

That decision was an abrupt turn for the Chicago-based aircraft manufacturer, whose board stood by Muilenburg for months after the aircraft was grounded in March after two deadly crashes killed 346 people and amid repeated setbacks to get the Max cleared to fly again.

The board of directors named existing chairman, David L. Calhoun, as CEO and president, effective Jan. 13. Calhoun will remain a member of the board. In addition, board member Lawrence Kellner will become nonexecutive chairman of the board effective immediately.

In Monday’s news release the board of directors said “a change in company leadership was necessary to restore confidence in the company moving forward as it works to repair relationships with regulators, customers and all other stakeholders.”

“On behalf of the entire board of directors, I am pleased that Dave has agreed to lead Boeing at this critical juncture,” Kellner said in the news release, adding, “Dave has deep industry experience and a proven track record of strong leadership and he recognizes the challenges we must confront. The Board and I look forward to working with him and the rest of the Boeing team to ensure that today marks a new way forward for our company.”

The release continued, noting, “Under the company’s new leadership, Boeing seeks to operate with a renewed commitment to full transparency, including effective and proactive communication with the FAA, other global regulators and its customers.”

“I strongly believe in the future of Boeing and the 737 MAX,” Calhoun said in the news release. “I am honored to lead this great company and the 150,000 dedicated employees who are working hard to create the future of aviation.”

Muilenburg, a 1982 graduate of Sioux Center High School, was the first Iowa native to reach the CEO position.

Muilenburg began his career at Boeing in 1985, starting as an intern and working his way up to serve as president and CEO of Boeing Defense, Space & Security. Before becoming CEO, Muilenburg served as vice chairman and COO of Boeing, where he supported the company’s aerospace business operations and focused on specific growth enablers, including important global relationships, leadership initiatives and development program performance.

The 55-year-old, who lives in Chicago with his wife and two children, returned to his native county Nov. 14, 2018, to be the keynote speaker at the Sioux County Regional Airport grand opening ceremony.

He said in his speech that his interest in aerospace goes back to his youth growing up on a farm just outside Sioux Center.

“I still remember my dad, who is no longer with us, encouraging us kids to follow our dreams,” Muilenburg said during the keynote address. “I can still remember when I started working for Boeing as an engineering intern, dad would ask what I was doing. When I’d say engineering, designing and testing airplanes, that was different from farm work, but he seemed to understand.

“As I got to more management and executive positions, the nature of my job changed,” Muilenburg continued. “Dad would still ask questions, but I can remember his saying, ‘So what do you actually do?’ He always reminded me to stay grounded and connected to the values we have. That’s really what it’s about. I grew up learning the value of integrity, hard work, community, partnership. No matter where you are in the world, those values can apply.”

“Sioux Center was a fantastic community to grow up in,” he said, in a brief separate interview after his keynote speech at the regional airport’s grand opening. “I still have a great connection there, fond memories from there.”

SIOUX CENTER—A new way for little ones to burn off energy this winter has come to Sioux Center.