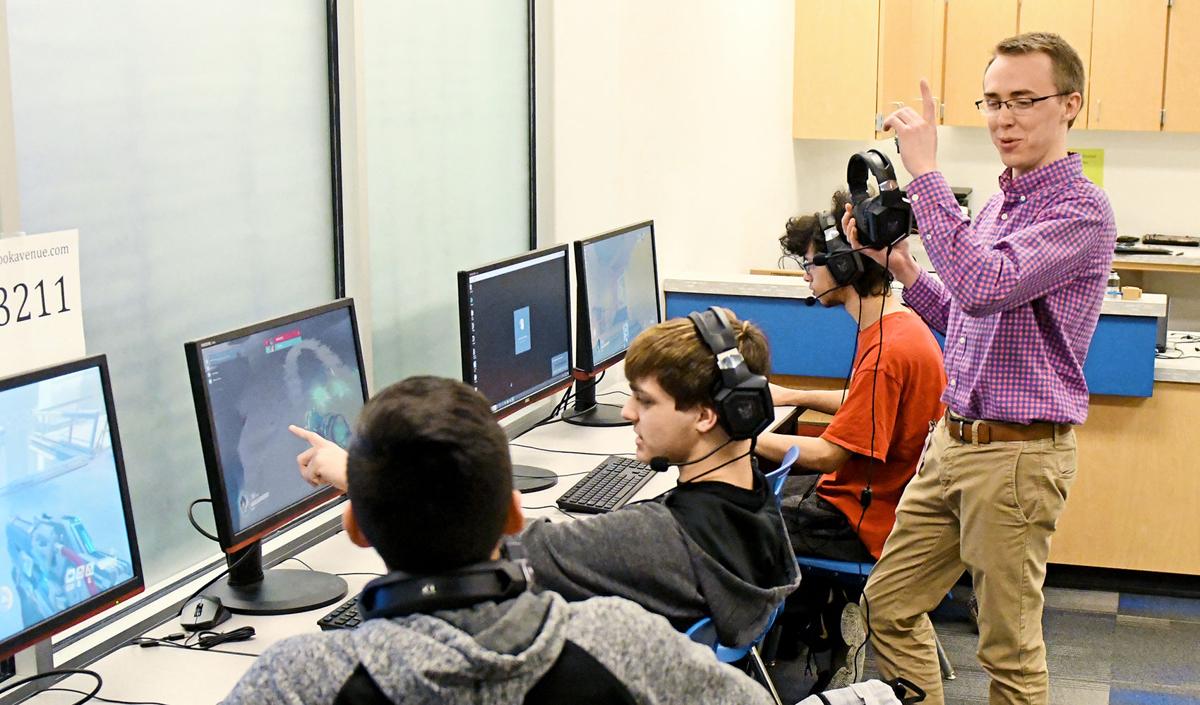 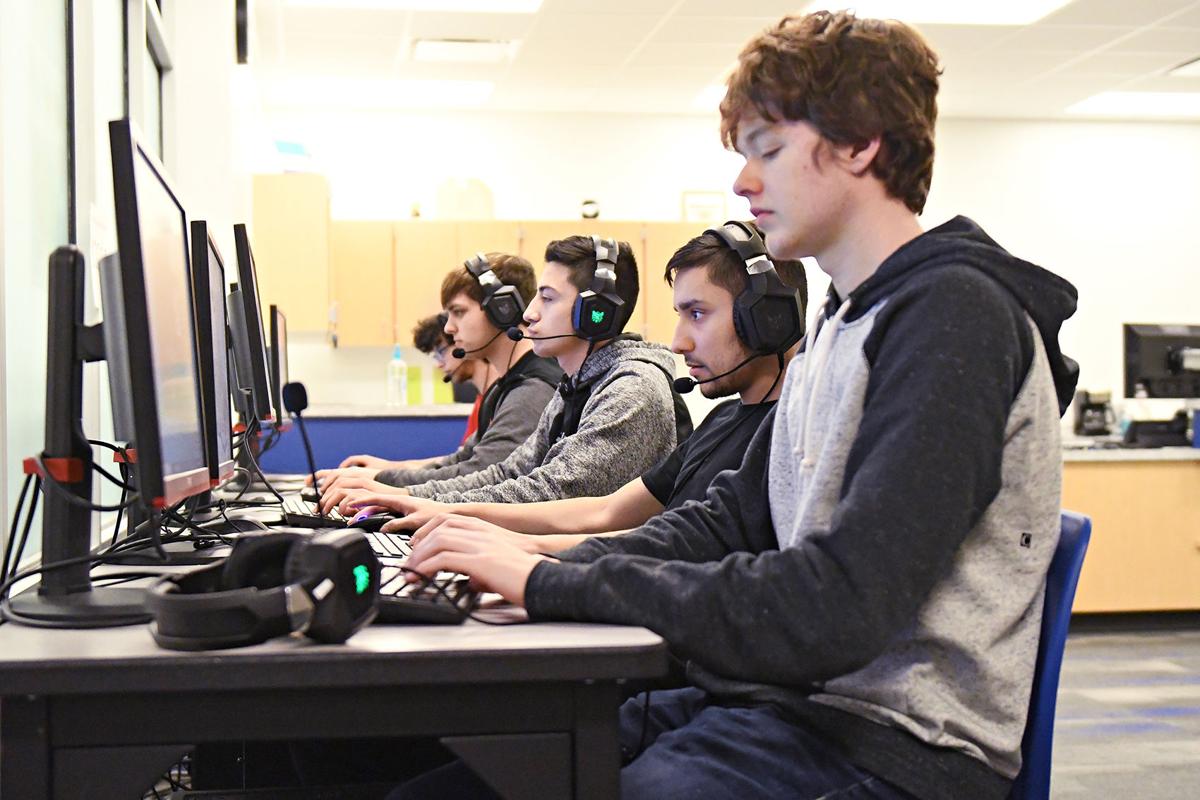 SIOUX CENTER—Competition is an important part of many extracurricular activities, and this year Sioux Center High School students have another means of proving their skills thorough an esports club.

This is a club where students can gather together after school and play a video game competitively in teams against other schools across the country.

The program is in its fifth week with 12 students participating.

Students had been asking about esports for some time, according to esports coach and assistant technology coordinator Ben Morely.

It’s also something he was personally interested in, as he saw esports introduced more into colleges and universities.

“I assumed it’d eventually trickle down to the high school level, too,” Morely said.

When it came time to create the club, he looked to another high school for some inspiration: Sibley-Ocheyedan.

Their esports program began last year. He learned from them was what sites they used for organizing tournaments against other esports clubs.

“We’re using a website called highschoolesportsleague.com,” Morely said. “They have throughout the school year three or four different seasons where they run a seven or eight week tournament. We are involved with one of those.”

He added that there are six weeks of a regular season where they play one game a week against other schools across the country. The school teams who compete well enough then play in a kind of tournament against other top schools.

This is all new to Morely, so there has been plenty for him to learn these last several weeks.

Scheduling matches against other schools has been one of the trickier parts of running an esports club, thanks to time zones.

“We’ve matched up with teams in Oregon, Pennsylvania, Texas. Sometimes the time zone is so different that if we’re trying to play at 3:30, which is when we normally meet, that could mean it’s 5:30 for them. It can end up a little weird that way,” Morely said.

The website they use for these tournaments is new to this too, but it’s working to smooth out some of those scheduling concerns by trying to match up teams against other teams in the same time zone.

The esports group is open to all high school students, but it is only able to take on 12 students because that’s the number of computers they have available that can handle the game they play, “Overwatch.”

“Overwatch” is a team-based shooter game that pits two teams of six players against each other. It’s a bit more cartoony than some other shooters out there, and players can take on the roles of different characters which fill different roles for their teams.

It’s a game owned by Blizzard, the same company behind “World of Warcraft.”

There were some other games brought up, but this was the most popular option. Super Smash Bros. was also brought up, as was League of Legends.

To play “Overwatch,” the students in the group form two teams and play one scheduled match against other school teams each week, with other meetings for practice.

They had access to six machines that were robust enough for their gaming needs. Those six computers were being used for yearbook work.

But then the school received some grant money to build six computers. That became the esports club’s first task, assembling the computers.

“The kids had fun doing that, and I hope it was a learning experience for them to put a computer together,” Morely said.

He’s had fun leading the group and learning from them, as most of the students know more about the game than he does. But as their coach, he provides them with different drills to walk through for practices.

“I’ve had a number of students become super involved with it,” he said. “I occasionally get pulled into conversations in the middle of day about strategy or how the team is working on something and different things they want to change. I have been really excited to see them latch onto the program and express that passion for the club and improving it and become better.”

Paxton Roseland and Josue Aceves, juniors at Sioux Center High School, have enjoyed their time in the group so far.

Aceves first heard about the group through school e-mail. At first, he didn’t bother with joining the group until he heard his friends were getting involved.

“I wanted to be a part of the team, so I decided to do it too,” Aceves said.

Roseland was excited for the chance to be a part of something like this.

“I’ve learned people skills from this, which isn’t something you’d really think about getting from online video games. And teamwork and direction,” Roseland said. “That really helped me out.”

As an official school activity, there are eligibility requirements that go along with being able to participate. This can help incentivize students to keep their grades up, an especially important thing for those student members who don’t participate in other school activities.

“For those who maybe don’t have a passion for anything else here at school, it provides them something at school that they’re really excited about,” Morely said.

He’d love to see the program continue to grow, with more computers and students added.

SIOUX CENTER—There’s a lot of thinking ahead when it comes to financial planning. But as one Sioux Center couple ready for semiretirement, the…