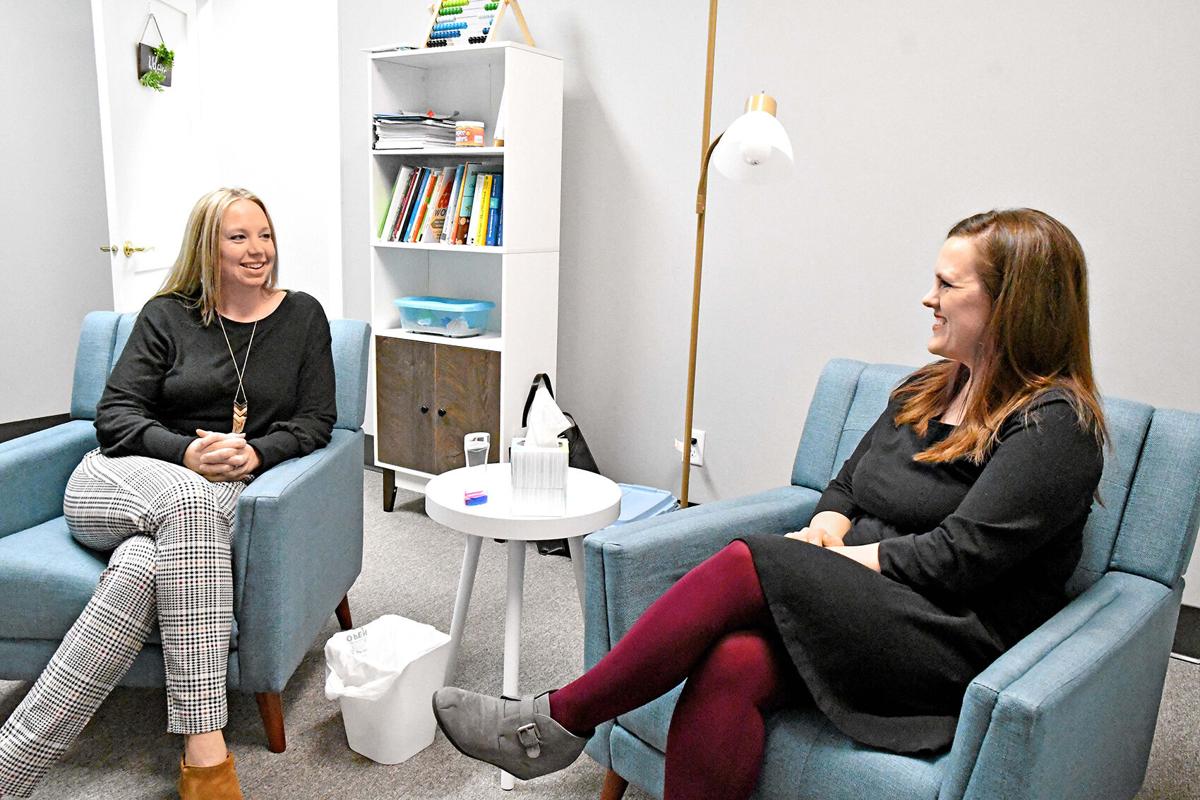 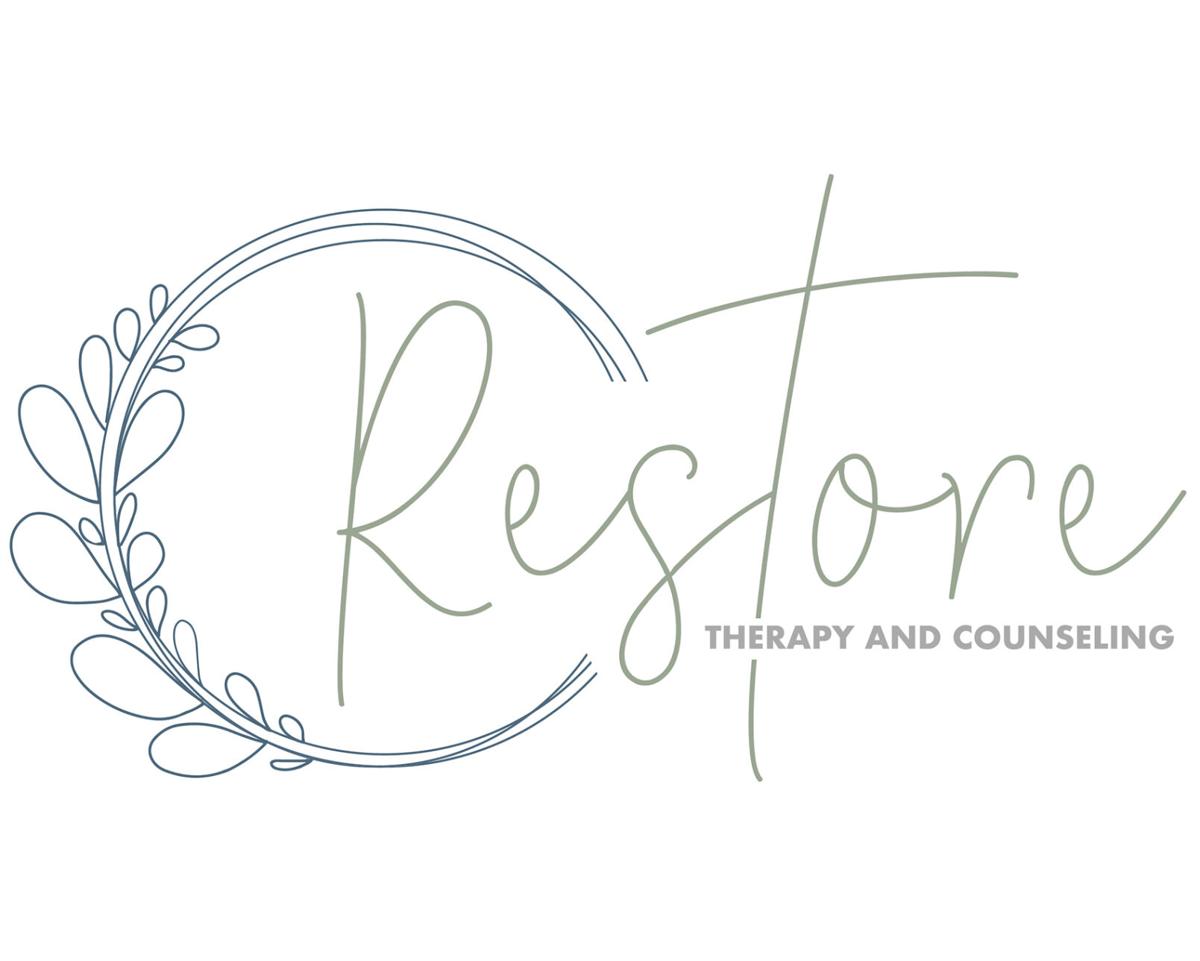 SIOUX CENTER—A new Sioux Center business is seeking to fill a niche within the community.

The mission of Restore Therapy and Counseling created by therapists Nikki Van Ginkel and Maggie Greving is “restoring hope and healing in people’s lives through authentic, genuine and quality therapy services in northwest Iowa.”

The duo have been providing mental health therapy and counseling in the area for the past 10-15 years through Seasons Center for Behavioral Health, working mainly out of the Sheldon and Sioux Center branches.

“We’re excited to branch out into private practice so we could better serve our clients and the Sioux Center and surrounding communities this year,” said Van Ginkel, 39, of Rock Valley.

“We enjoyed our work at Seasons but being it’s a mental health center, it wasn’t solely focused on therapy and we saw a need in the community for having just that focus,” said Greving, 33, of Alton. “We wanted to fill that niche of providing full-time therapy services to the community.”

Seeing that need in Sioux Center and having clients from the community gave them the desire to open their business in Sioux Center even though they’re from other communities.

Their main services include therapy for couples and families, for anxiety/depression, for life transitions, therapy to address trauma of all kinds, attachment and adoption specific therapy and mental health struggles of all kinds and all ages.

“We both look holistically at people when they come in,” Greving said. “We want to restore hope, wholeness and wellness in people’s lives, working through our core values to that goal and empower our clients to make changes.”

Their core values are:

n “To respect everyone’s unique path toward their own healing,

n “To empower those we serve to have their own voice and participate in their care,

n “To have compassion toward the community and individuals we serve.”

She grew up with a mom who was mental health counselor and a dad who was a registered nurse, so the helping field was always in her blood, but wasn’t until college that she knew clinical social work in the mental health field was where her heart was.

Later on, Van Ginkel also became passionate about adoption and loves her “side gig” working in this field. Her favorite part about doing therapy is getting to know the person’s story and how their experiences impact their thoughts, feelings, behaviors and relationships.

“I love seeing how evidenced-based practices combined with meeting the client where they are at and understanding their experiences, helps individuals and families heal,” she said. “I’ve seen how powerful the work of therapy is at restoring wholeness in broken lives.”

Greving, also a wife and mom of four, earned a degree in human development and family studies from South Dakota State University in Brookings, SD, in 2009, then her master’s in social work from the University of Nebraska Omaha in 2011.

She has loved the idea of helping others since she was little. Growing up, she encountered many situations that ultimately lead her to become a therapist.

“I feel strongly that the therapeutic relationship is built on more than clinical knowledge, it is also built on the ability to read others, identifying the reality of thoughts and emotions and trust within the relationship,” she said.

“We all deserve a whole and healthy life and she strives to support all those she works with in that process,” she said.

The idea of starting their own business came up about a year ago.

“We were both at the point of knowing we wanted something different,” Greving said. “We were ready for that next step and we agreed it felt right so we decided to pursue the idea.”

Finding a space was the first main hurdle but mutual connections led them to the former Excel Achievement tutoring center at 30 19th St. SW, which closed after its director, Megan Kooima, became principal of Ireton Christian School last year.

“We came and looked at the place several times,” Greving said. “We had to map out a vision for our space, had to tape out how to make offices. Having a big construction project wasn’t something we wanted initially but as we explored the limited options we quickly realized this is what we’re going to have do.”

After saying yes to the building at the end of July, they spent many weekends and evenings throughout the next six months tearing down the one wall and building three rooms, one each for Greving and Van Ginkel, the third being a break room space for now. They transitioned the existing small office space at the back of the approximately 1,500-square-foot space into a play room as well.

“We can’t thank our friends and family members enough for all the help they put into painting and getting this place set up and supporting us along the way,” said Greving, noting the two continued working full-time through the fall before they launched their business in January.

Their space is within the same building as Vi Bella Jewelry and Avera Home Medical Equipment.

“We’re the janitor, the billing specialist, the insurance person, the receptionist and the therapist,” Greving said. “While we both really love the therapy piece of our work the most, having the variety is kind of fun.”

They’re excited to see their work this past three months positively impact the community.

Sioux Center recycling dates back to 1990

SIOUX CENTER—Brommer Sanitation has been offering a recycling program in Sioux Center since 1990.