The Sioux Center Fire Department is looking to upgrade its second fire station by building a 7,200-square-foot structure north of the existing Station 2 at 1510 S. Main Ave., Sioux Center. 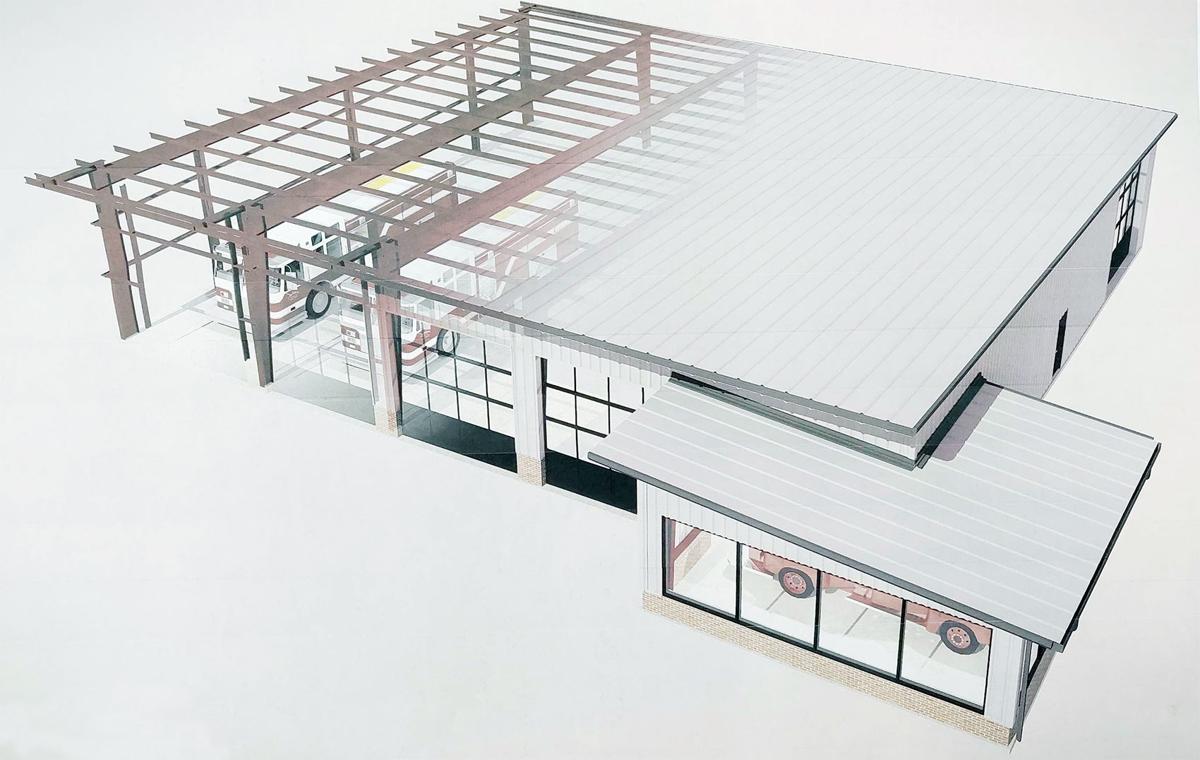 The proposal for Sioux Center Fire Department’s Station 2 includes four bays as well as a show room on the southwest corner to house a museum of fire department pieces including the REO speed wagon — a truck that dates back to 1931 that members of the fire department restored. 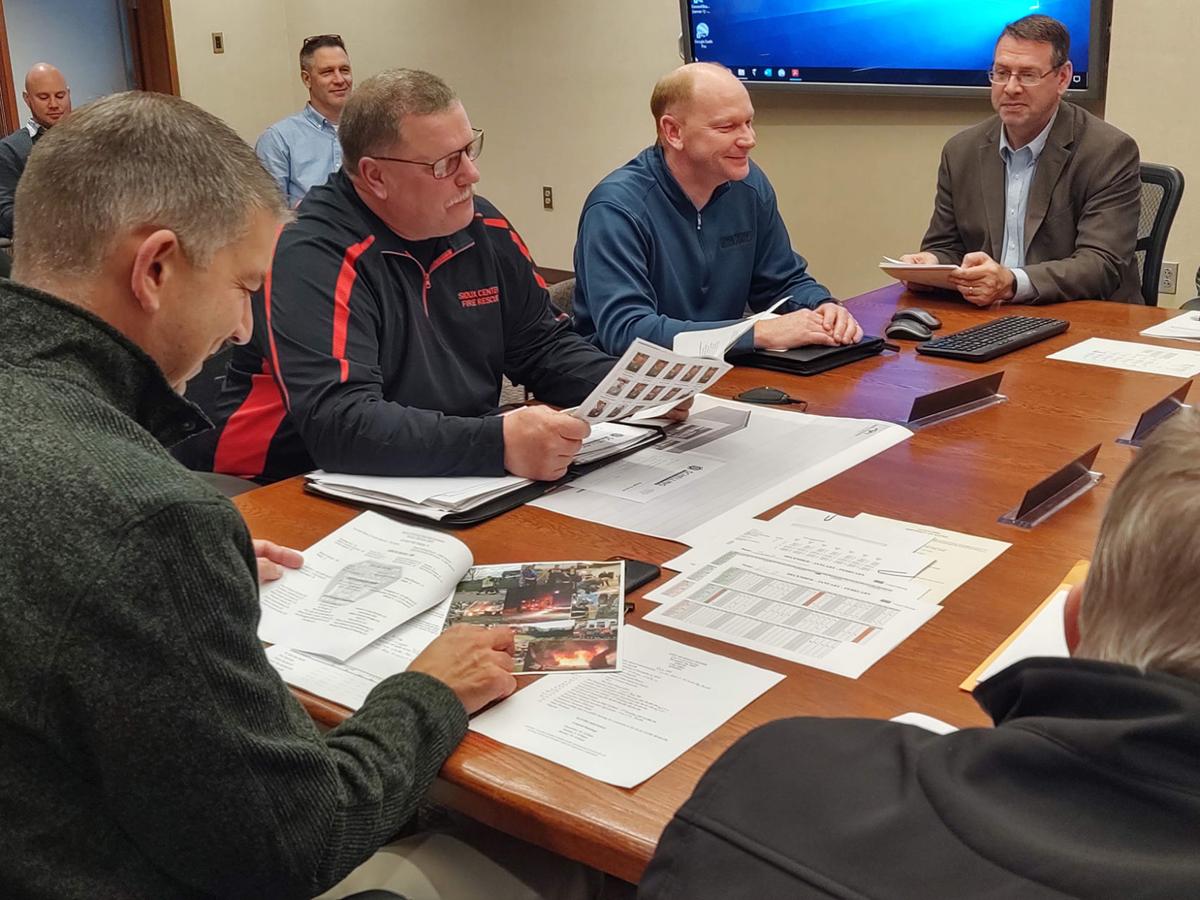 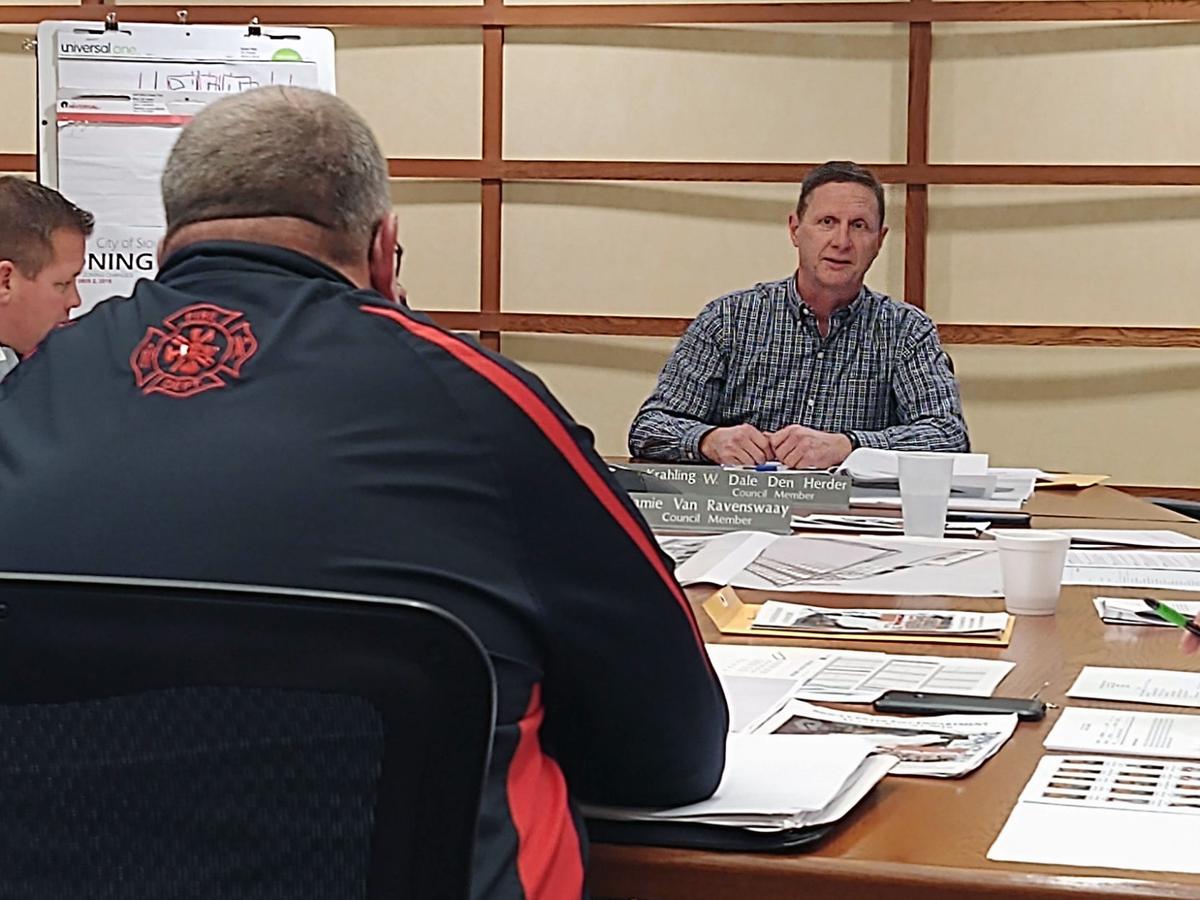 "Having an all volunteer fire department for a community this size is a tremendous benefit to the community," said Sioux Center mayor Dave Krahling.

Station 2, located at 1510 S. Main Ave., houses Engine 3 and Engine 6. It consists of two separate garage-like buildings with a total of three overhead doors. It wasn’t built for the size of today’s fire engines, and it no longer has enough room to store the fire gear. The location was bought and occupied in 2003 to help the fire department serve the fire protection needs of the expanding city, said captain Benj Van Donge.

He and fire chief Dave Van Holland shared the design for replacing Station 2 with the Sioux Center City Council at its Tuesday, Nov. 26, meeting.

“The fire department is sharing the proposal now and we’re seeking direction from the council if we should include it in part of the budget process so as to possibly move forward with bidding and starting construction this spring or summer to get it framed in by winter and for it to open in 2021,” said city manager Scott Wynja.

The estimated $1.3 million project involves building a 7,200-square-foot structure featuring a monoslope design with 24-foot height at the front of the building and 17 feet toward the back.

“The height is the key element of the new building,” Van Holland said, noting the height of Station 2’s garage door opening is a limiting factor of what can be placed inside at present.

The design includes four bays with mostly glass doors as well as a show room on the southwest corner to house a museum of fire department pieces including the REO speed wagon — one of Sioux Center’s original fire trucks that members of the fire department restored.

The museum portion of the facility is a goal of the Sioux Center Fire Association, which is made up of retired Sioux Center firefighters,

“There’s a strong feeling they want this thing to be a stand out piece on the south end of town, have that ‘wow’ factor to the REO,’ so the association wants to put some funds toward the project also,” Van Holland said.

Another feature of the proposed building is installing water storage tanks below the facility, which would hold rain water runoff for use in washing the trucks.

The new station would be built north of the existing Station 2, where a city-owned house is located currently. Once the new station is built, the original Station 2 facility would be torn down and the area paved to provide more parking and possible truck turn around space.

“With it being a busy highway, we want to limit the amount of pulling on to the highway and turning that we can,” Van Holland said.

Building on the north side of the existing facility also provides room for future growth.

“Not that anybody knows what the future is going to look like but we wanted to set this up in a spot where there’s possible expansion option to the south if needed,” Van Donge said.

Van Donge said the proposal stems from a process that began a year ago after the department formed an internal committed to assess its future needs.

“As we move forward with more personnel moving to the south end of town, we felt Station 2 would remain a good spot to house some trucks so we can stay within our ISO requirement,” he said. “The facility will have a room for gear, a small portion of room behind the trucks for possible training but remain primarily a place to put the apparatus.”

Van Donge said Station 1 built in 1973 at 408 N. Main Ave. will continue to serve as the primary facility, housing the department’s administrative office and kitchen as well as Engine 1, Engine 2, aerial truck, tanker and rescue. The second floor has a meeting room and weight room.

In terms of the project’s cost, Van Holland said the department hopes to have provide some volunteer labor such as doing some of the finish or inside work to bring the total cost down.

“That being said, we’re not anticipating an increase in our overall levy,” Wynja said. “We want to see where that comes in at this year, if we keep our levies consistent, we feel we’re in a good position.”

The city also anticipates seeking grants, programs and other sources of funding to assist in the project.

Mayor Dave Krahling praised the local fire association for its interest in the project helping make it another “cooperative effort” in the community.

“Having an all volunteer fire department for a community this size is a tremendous benefit to the community,” Krahling said. “From a pure fiscal perspective, this is a great thing. They are well equipped and are great stewards of the equipment you’ve been given. These buildings are nod to continue to do that so I appreciate and think the whole community appreciates the heart and the way that you serve the community, the way you steward these resources.”

SIOUX CENTER—A free event held more than a decade ago is returning to Sioux Center.