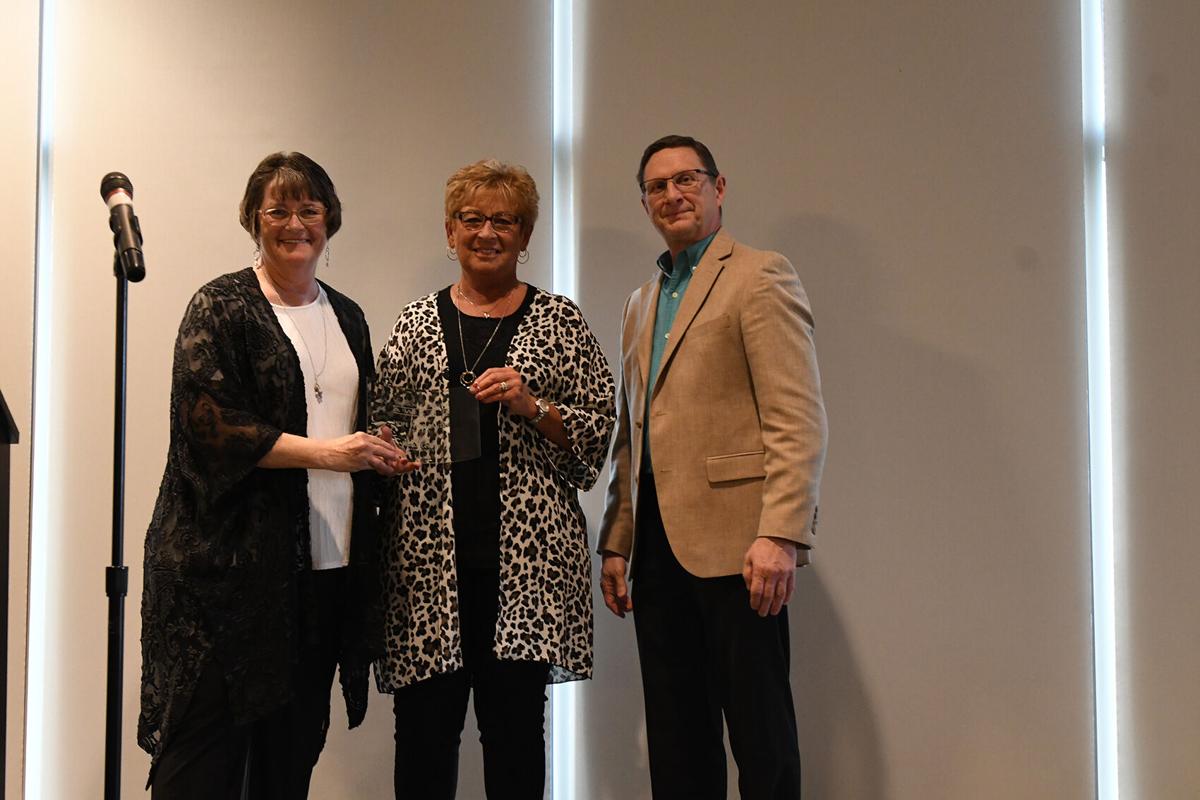 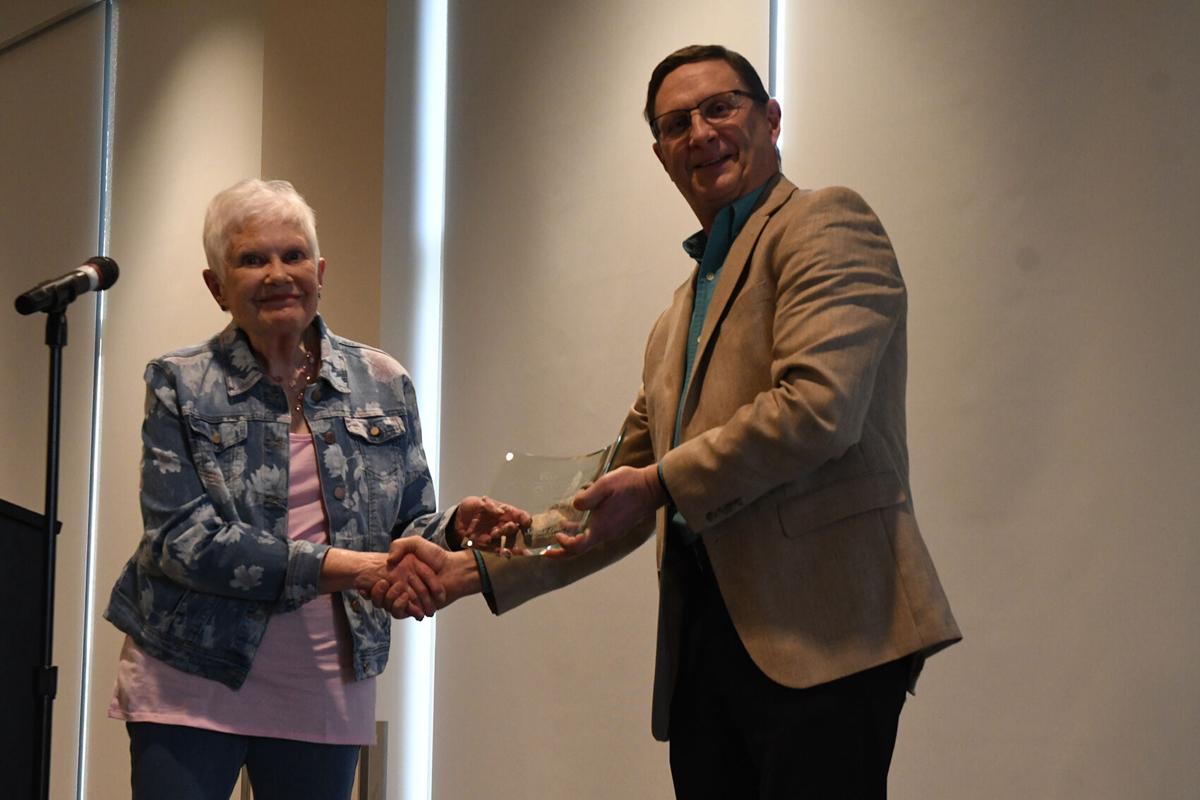 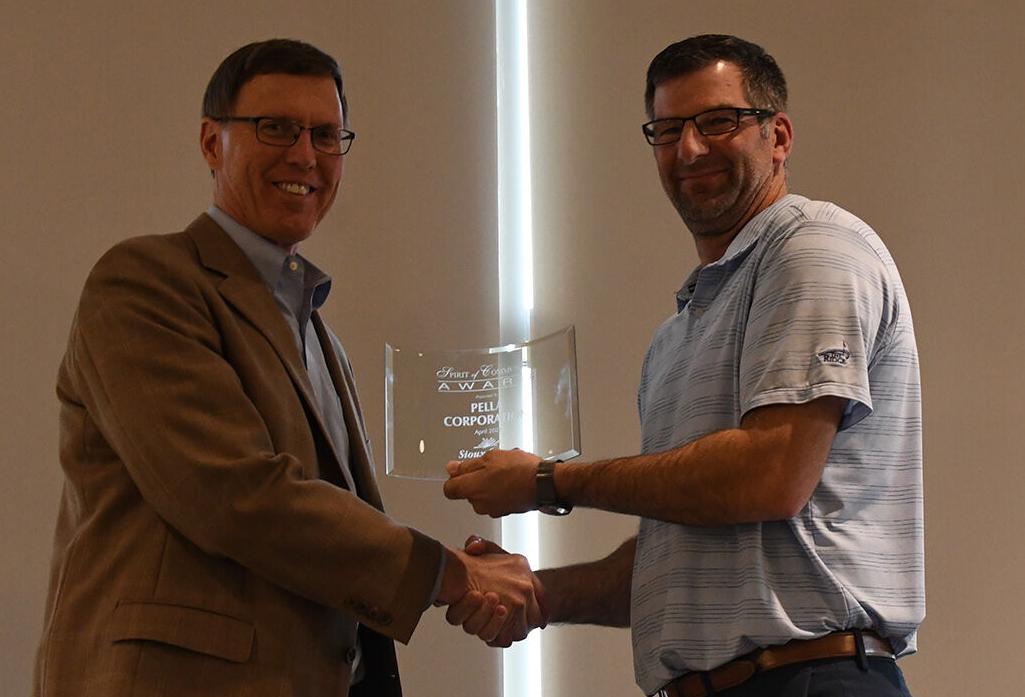 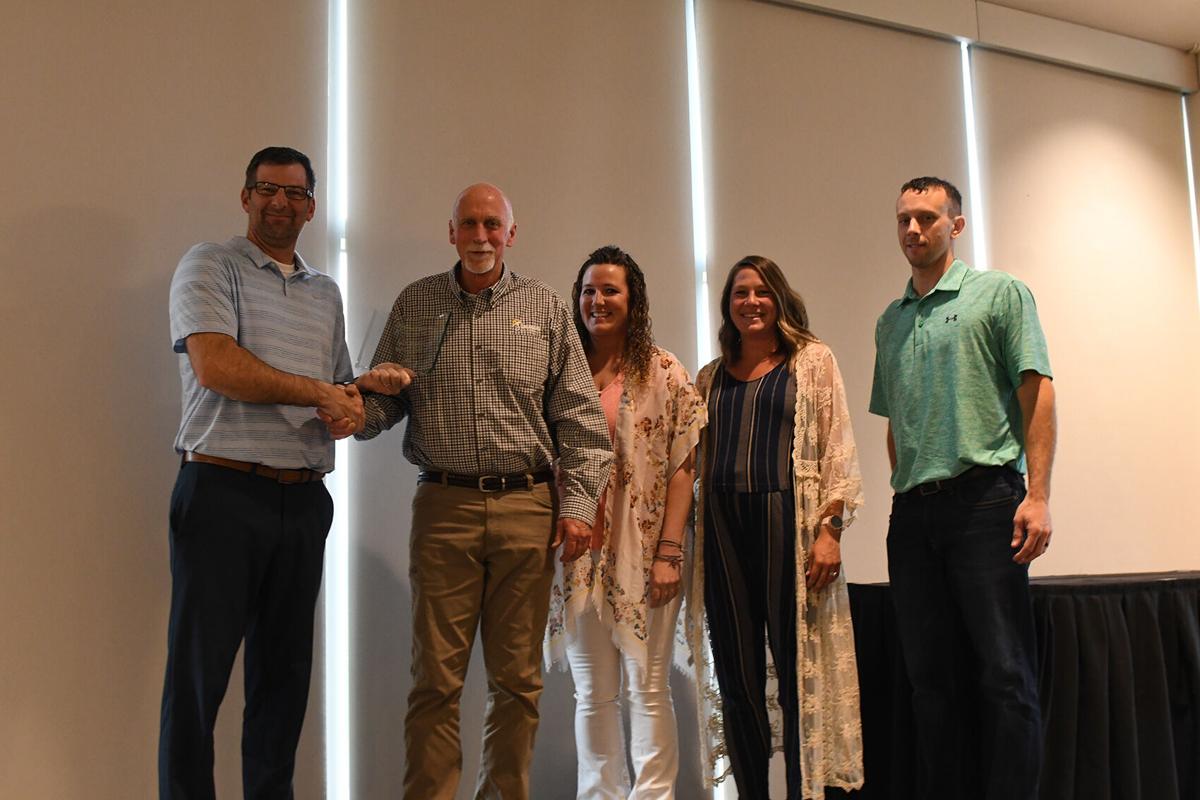 SIOUX CENTER—A spirit of volunteerism and public service remains alive and well in Sioux Center, and the Sioux Center Chamber of Commerce celebrated those virtues at its annual Spirit of Community Awards night.

The ceremony was held at the Terrace View Event Center on Friday, April 23.

For 14 years, Joan Vander Hart has worked with people who are moving toward retirement to help them navigate through the system of Medicare.

Vander Hart was retiring as a nurse when she sought a way to stay involved in the community. In 2006, she found her answer through volunteering at the Senior Health Insurance Information Program. At work she’d meet with people and answer calls from people, all with questions about Medicare and their options.

Vander Hart would work with about 80 people a year.

“She says that every case is different, so she worked with people individually to find a plan that works best for them, saving people on a limited income thousands of dollars,” Sioux Center mayor Dave Krahling said. “People would come in stressed by the decisions ahead and leave uplifted and reassured by the results.”

Vander Hart is retiring from her work with SHIIP after more than 14 years of volunteering.

Krahling presented her with the Community Service Award.

When introducing Hope Food Pantry for its award, Krahling noted that while the world went virtual in 2020, not everything could. Some needs had to be met through continued hard work, face-to-face.

“One of those was hunger,” Krahling said. “The volunteers that have run Hope Food Pantry in Sioux Center for a decade knew that those realities would be just as present during the pandemic, if not more. Never skipping a week, they found a way to continue to provide boxes of food and hygiene supplies to people facing difficult times.”

He added that the organization has continued to inspire others in the community to volunteer and serve.

What started 10 years ago with only four shelves has grown to an organization that serves 1,300 people a month, giving out more than 12,000 pounds of food, along with laundry detergent, bedding, clothing and encouragement, Krahling said.

The Spirit of Community Awards recognize businesses that make a difference in Sioux Center.

To that end, Pella Corporation has had a plant in Sioux Center for 20 years, and the company has worked in that time to serve the community.

One of its recent initiatives has been the Staff Member of the Month Award, which recognizes teachers for their hard work and gives them a financial award, and it’s for that outreach that Pella was awarded.

Siouxnami Water Park in Sioux Center was a project that required vision, and since its completion, that vision been fulfilled, providing families far beyond Sioux Center with a place to enjoy themselves. Chamber CEO Barb Den Herder noted that a project of this scale doesn’t come to cities of this size, and it’s gained the attention of other communities who seek to emulate Sioux Center’s success.