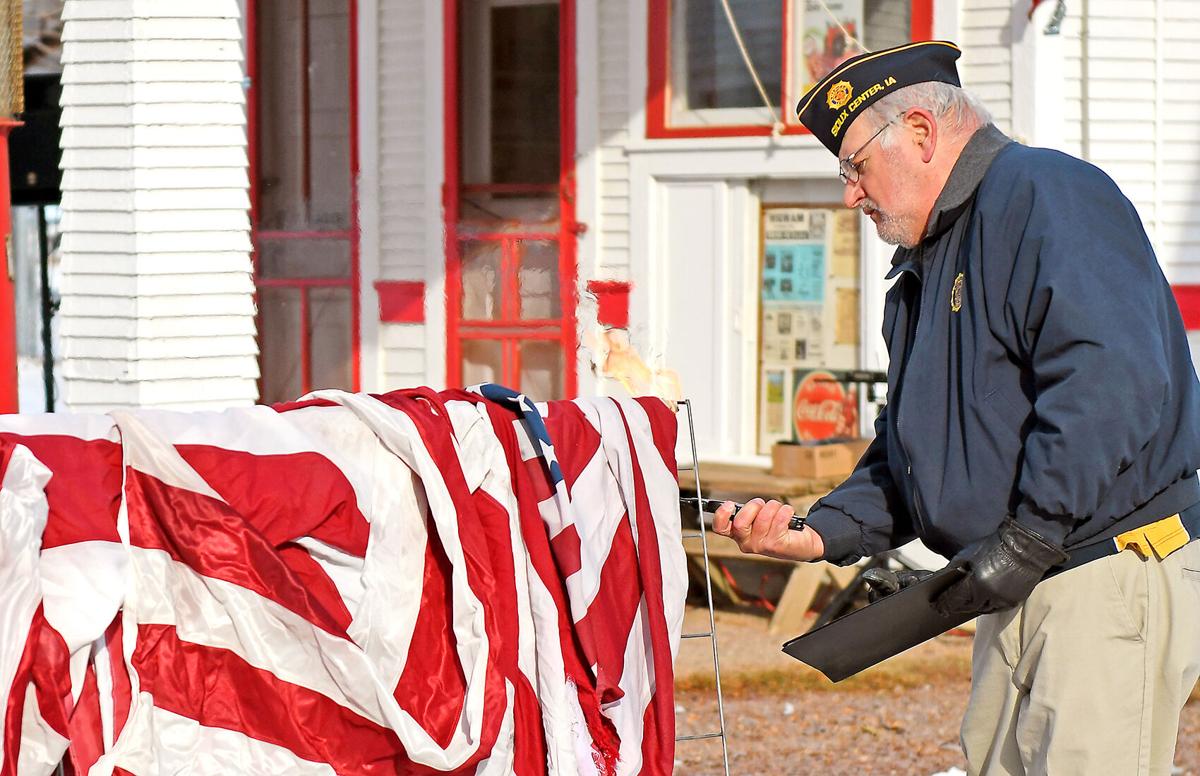 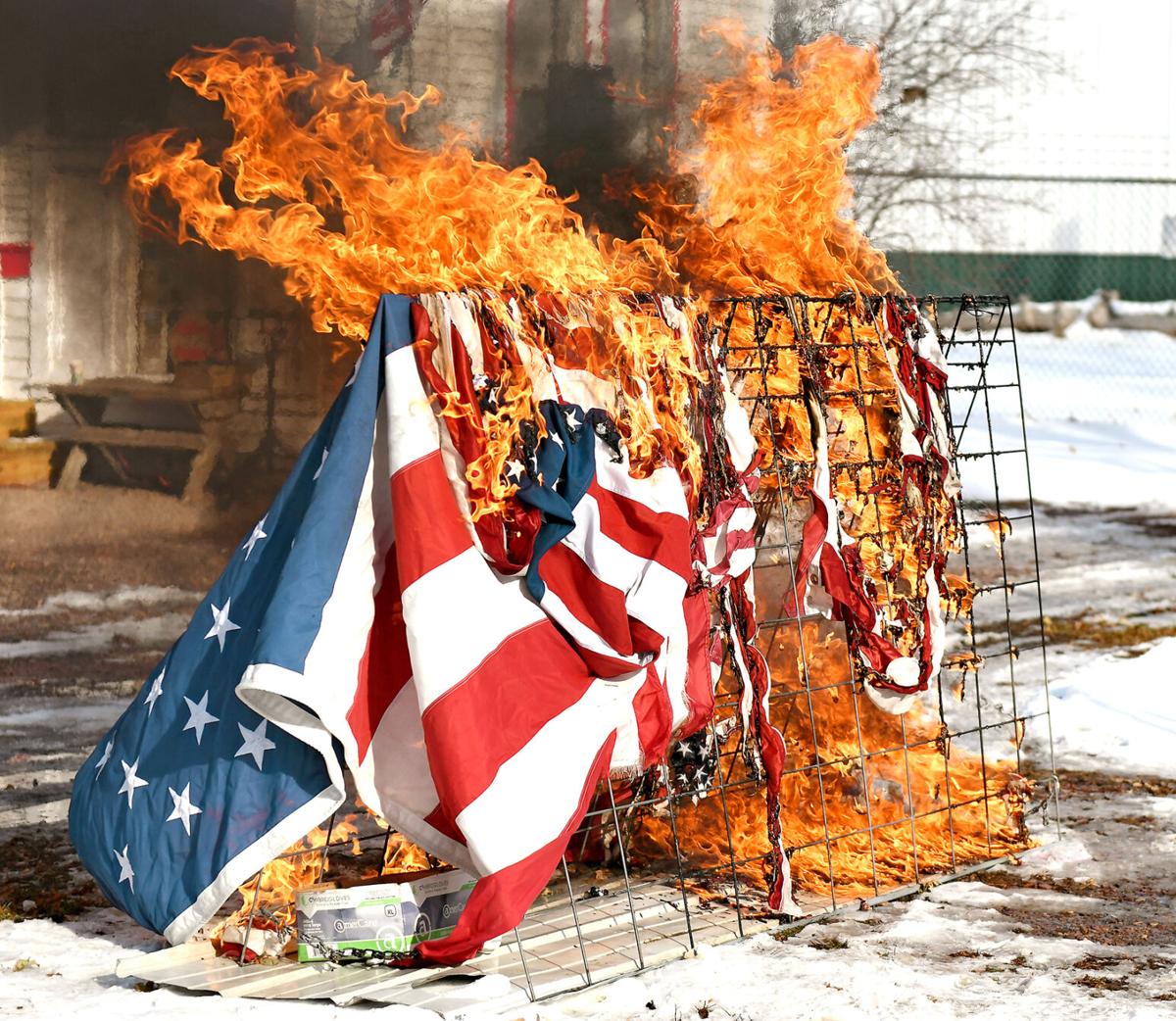 SIOUX CENTER—Chuck Brunsting of the Sioux Center American Doornink-Brunsting Legion Post 199 led Friday’s retirement ceremony of American flags that are no longer in good enough shape to be flown. The ceremony, held at Heritage Village in Sioux Center, was brief due to the cold. The people who gathered to watch recited the Pledge of Allegiance to these flags one last time before Brunsting began the fire. If the flag is unable to be repaired or is too tattered then the flag should be retired. The U.S. flag is considered such a sacred symbol that burning it in an undignified manner constitutes desecration. That’s why the American Legion ceremonies are held in a specific manner.