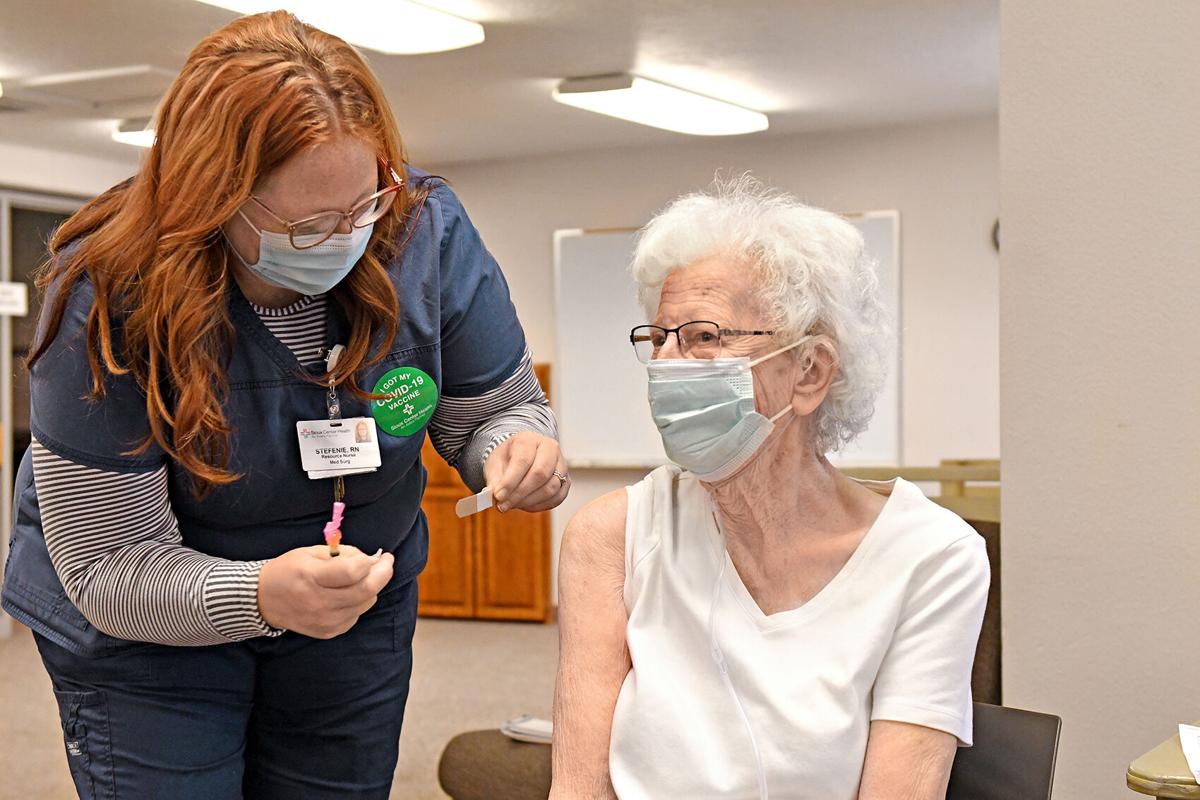 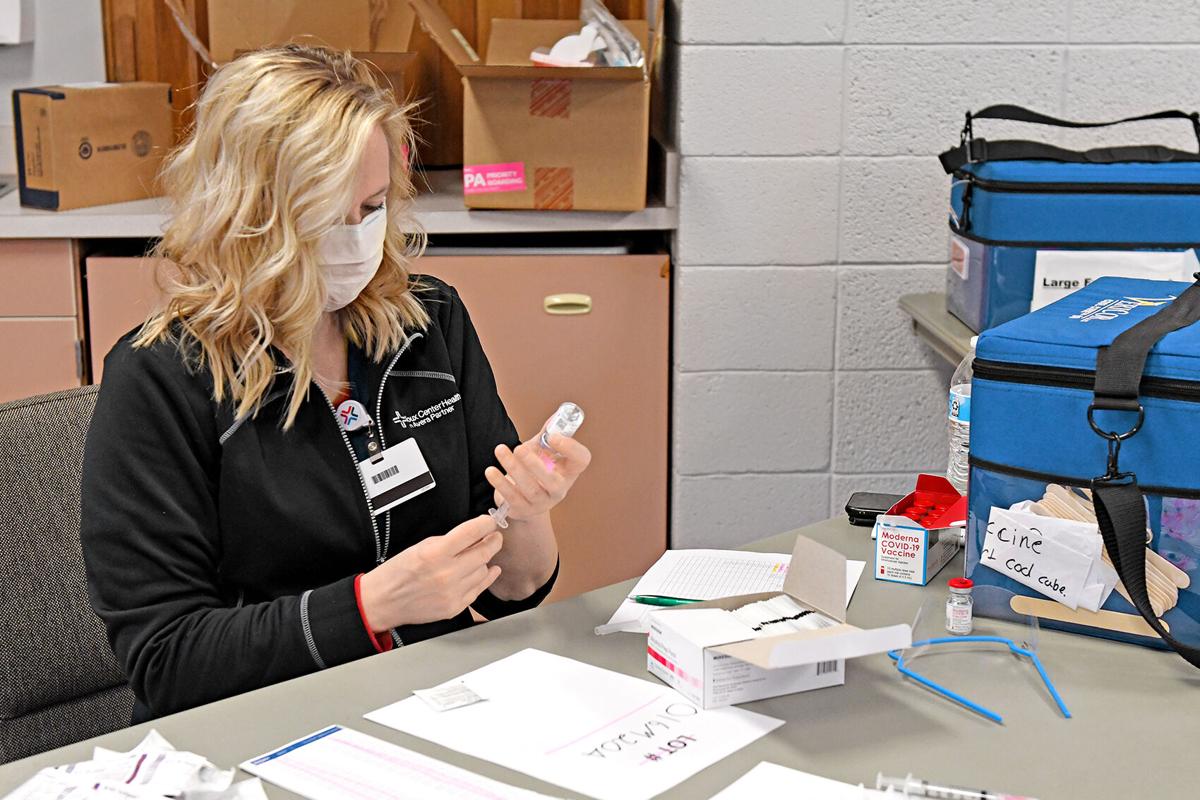 Lisa DeWit, a Sioux Center Health nurse, prepares a syringe with the Moderna COVID-19 vaccine for other nurses to administer at New Life Church in Sioux Center on Thursday.

That was the second week members of the public 65 years old and older were being scheduled to receive their first dose of the Moderna COVID-19 vaccine. Sioux Center Health had more than 200 doses available.

Stefenie Smith was one of the nurses administering the shots at the church.

“It’s very exciting,” she said. “People have been waiting for this. … It’s been very organized here. I’m glad to be a part of it. I feel like I’m part of something bigger than me.”

Sioux Center residents Janet Rens and her husband, Richard, were among the first to get vaccinated Thursday. Although Janet was a bit fearful of pain going into it, she was excited to get her first dose done.

Their motivation for signing up was simple enough. As Richard put it, “We didn’t want to get sick.”

They look forward to doing more in public again, like going to Walmart.

Jim and Marianne Sjaarda of Sioux Center also received their first doses Thursday morning. They’d waited a long time for this day to come, they said, and look forward to being out in public more.

“We’ll still be cautious, but now it’s not always in the back of our minds,” she said.

According to Andrew Geleynse, an outpatient services officer with Sioux Center Health, the people who turned out on Thursday had registered with the hospital at www.siouxcenterhealth.org/vaccination-registration ahead of time and were put on a waiting list. The hospital then called them to schedule appointments.

Part of the scheduling process is to ensure that individuals are available 28 days later for their second dose, as is needed with the Moderna vaccine, Geleynse said.

“We have people coming in at different times. It’s spaced out for a nice flow here so that we can maintain proper social distancing and not have everybody here at the same time,” he said. “It’s one of the reasons we have this scheduled. If we didn’t, we’d have lineups and it wouldn’t be as clean of a process if we just had people show up.”

He estimated there were about 1,000 people 65 and older on Sioux Center Health’s waiting list.

In those 15 minutes, hospital staff made sure that no one had an allergic reaction to the vaccine, which is a very rare occurrence, according to Geleynse.

He added that although rare, most reactions to the shots are in line with other vaccines: a low-grade fever, a sore arm or body aches.

Geleynse said the main request from the hospital to the public is patience.

Geleynse also expressed gratitude to New Life for allowing the hospital to use its building in its public COVID-19 vaccination efforts.

Promise Community Health Center in Sioux Center is also doing its part in vaccinating the community, administering its first vaccines Feb. 8 at their facility.

People can go to their website at www.promisechc.org/services/covid-19-vaccines to sign up for an appointment. Those with questions can call at 712-722-1700.

“We’re working on vaccine supply right now, and when we have that, we are able to schedule patients and then get that vaccine administered for them,” said Kendra Borchers, a doctor of pharmacy at Promise. “The state of Iowa is trying to keep the supply as consistent as possible, but as you’ve seen on the news, Iowa’s supply isn’t huge here. We’re just trying to work with what we have and trying to get to as many people as we can.”

The first round of people vaccinated at Promise were also glad to be there, Borchers said.

“They haven’t been going many places this whole last year, so they were excited to get the vaccine and hopefully return to some sense of normalcy,” she said.

SIOUX CENTER—“We’re always looking ahead to where the opportunities are.”