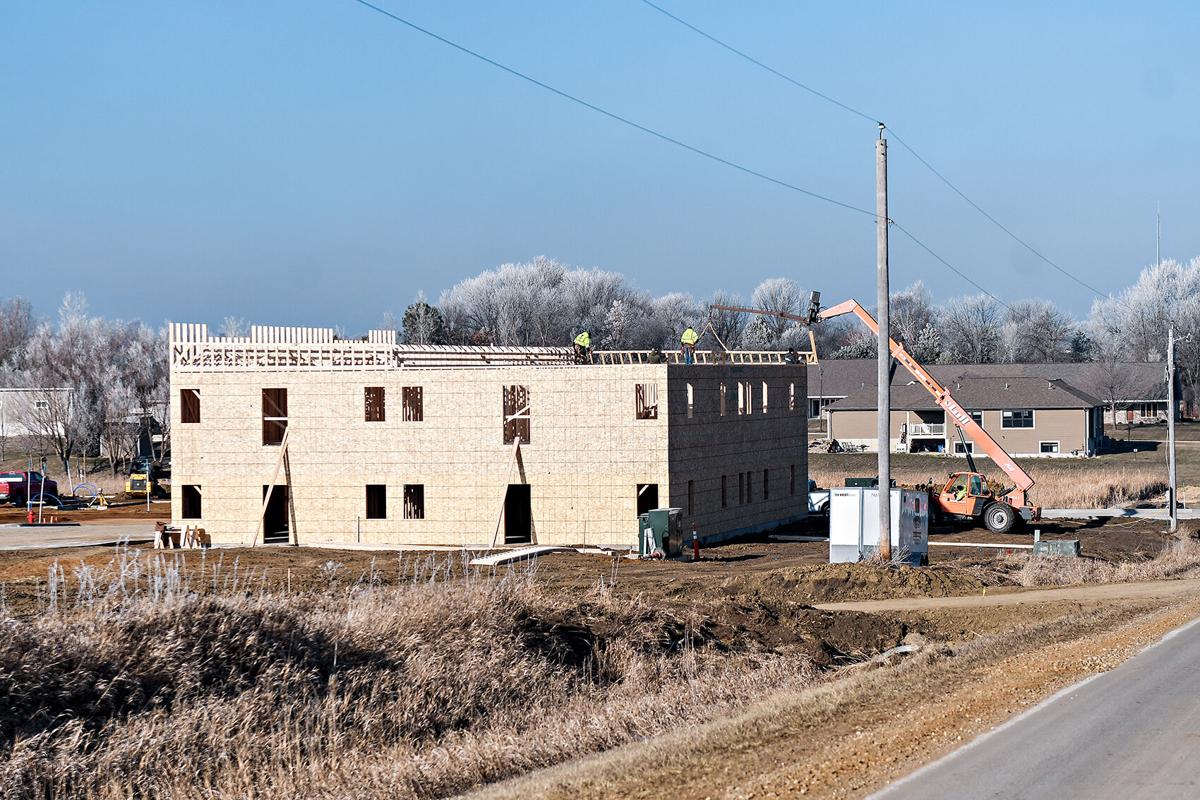 Crews work to put on the roof to an eight-unit apartment building built by Schelling Construction as part of the Ridge Creek development north of The Ridge Golf Course along Harrison Avenue. 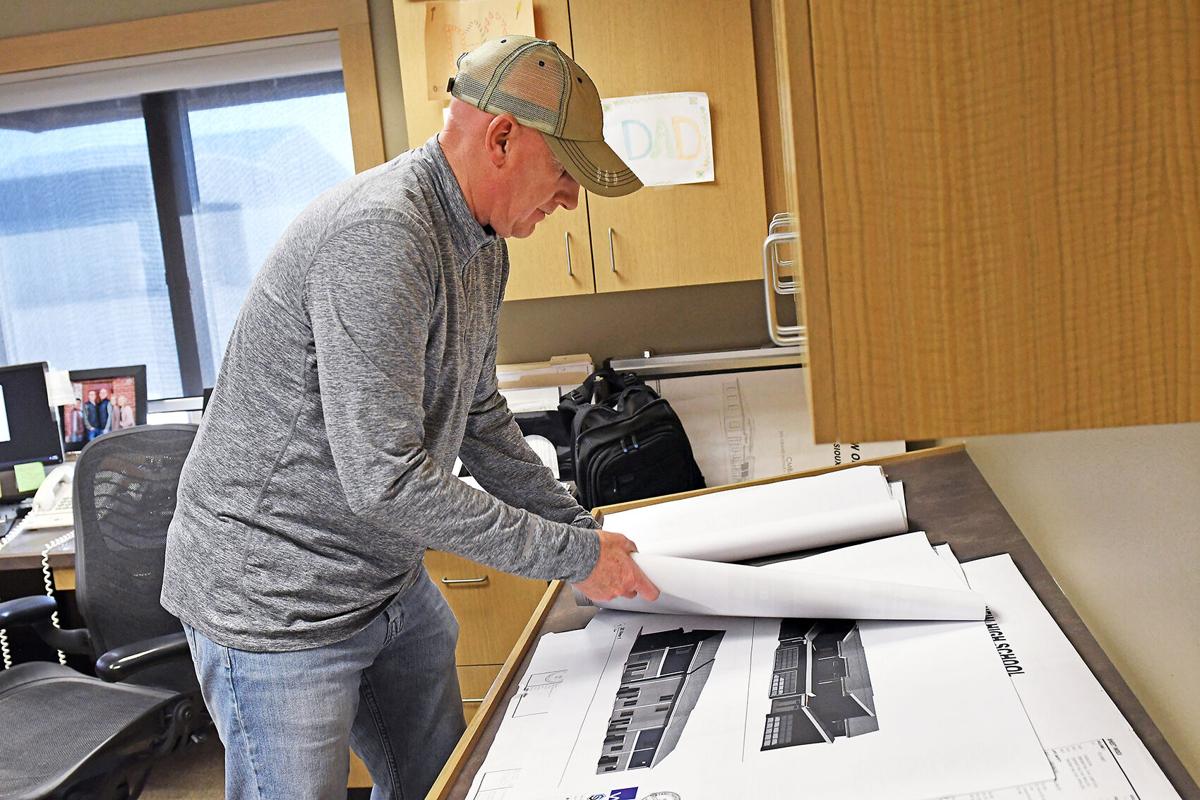 Schelling Construction president Dave Cleveringa examines plans for a townhouse complex to be built at Ridge Creek, a development north of The Ridge Golf Course along Harrison Avenue.

SIOUX CENTER—Schelling Construction is adding to Sioux Center’s housing options with the construction of an apartment building and townhouse complex in a development called Ridge Creek.

The work being done now is the first of potentially several phases. This first phase includes the construction of five buildings: two eight-unit apartments and 16 townhomes that will be divided among three different buildings.

Schelling Construction president Dave Cleveringa said that is part of the company’s two to three year plan for its nearly seven acre lot along Harrison Avenue, just north of The Ridge Golf Course and west of the wastewater treatment plant.

It is also the company’s largest residential project for Sioux Center.

These apartment units are being built with Sioux Center’s workforce needs in mind.

“You have Interstates, the hospital and several other large companies hiring,” Cleveringa said. “We are kind of targeting that younger, out-of-college age. However, we won’t say no to anybody.”

He said a traditional home doesn’t suit everyone’s needs, and these properties are for those other people. Some are empty nesters who want to downsize or those who live here while the weather is nice and travel south for the winter.

The townhouses would feature walkout patio doors, concrete patios and privacy screens along the side, as well as garages.

“We’ll just see how things fill in and determine if we do the next eight-plex next or if there’s demand for the townhomes, we’ll do that next. We’ll let the market determine which building gets built next,” Cleveringa said.

They already own the property they need for that future expansion. It covers the whole corner, encompassing the creek to the west and the retention pond to the north.

“We do have a majority of the dirt work done for the whole property already,” Cleveringa said. “That’s because we wanted to take a lot of dirt from the south end and take it over to the north end to build it up. We already own that property and we’ll see how fast we build to the south.”

A website for Ridge Creek is in the works, but Cleveringa said anyone with questions about the property can contact him by phone at 712-722-3042.

SIOUX CENTER—Music has always been a passion of Leendert van Beek’s, ever since he was a young boy growing up in Ridderkerk, the Netherlands.