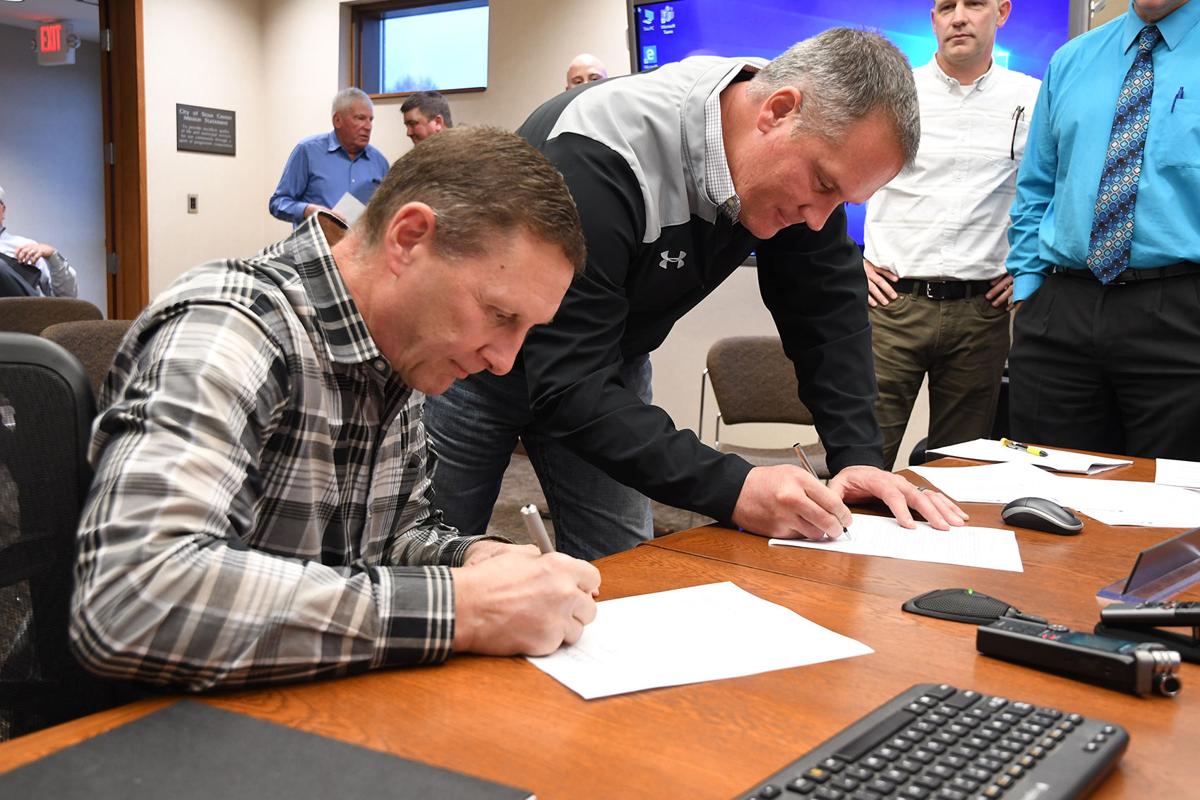 Sioux Center mayor Dave Krahling signs a letter of intent alongside AgriVision Equipment Group CEO Jeremy Ostrander for the company to build its 18th facility in Sioux Center. Construction is slated to begin next spring. 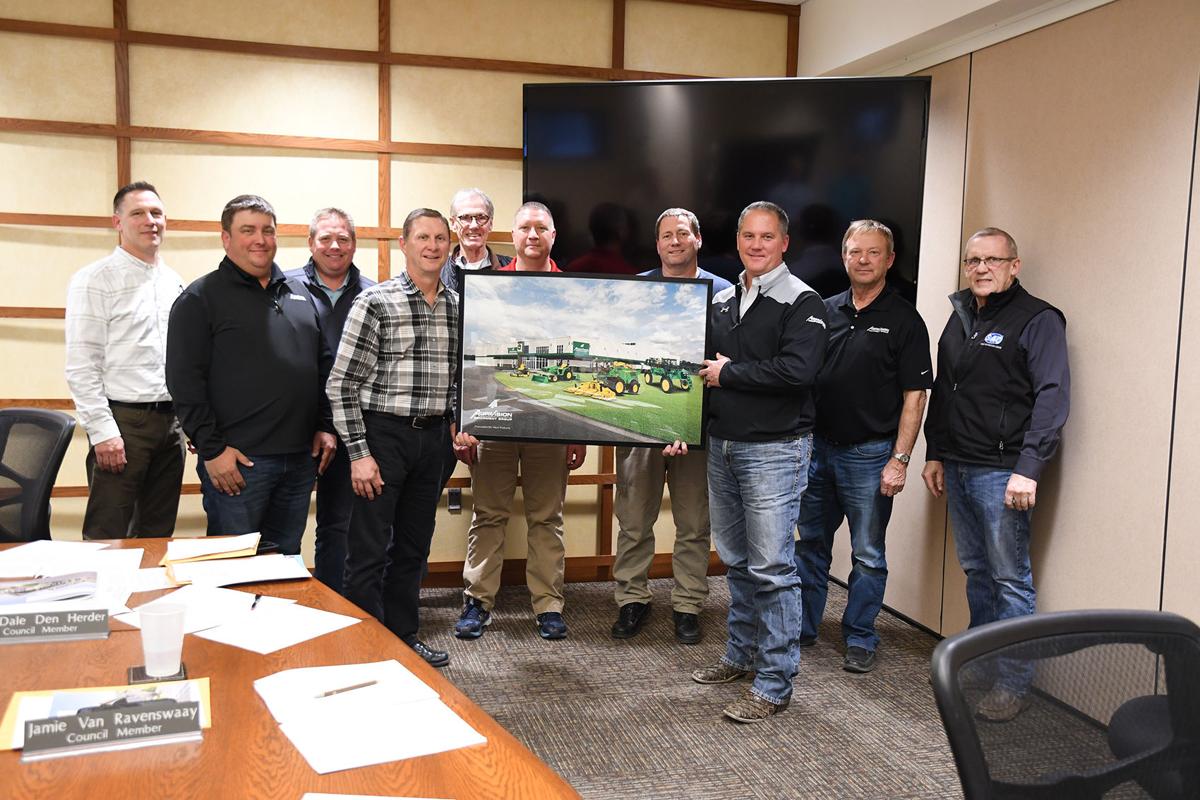 Members of the Sioux Center City Council and AgriVision Equipment Group representatives gather the council meeting Monday, Nov. 4, as the two sign a letter of intent for the business to build a new facility in Sioux Center. 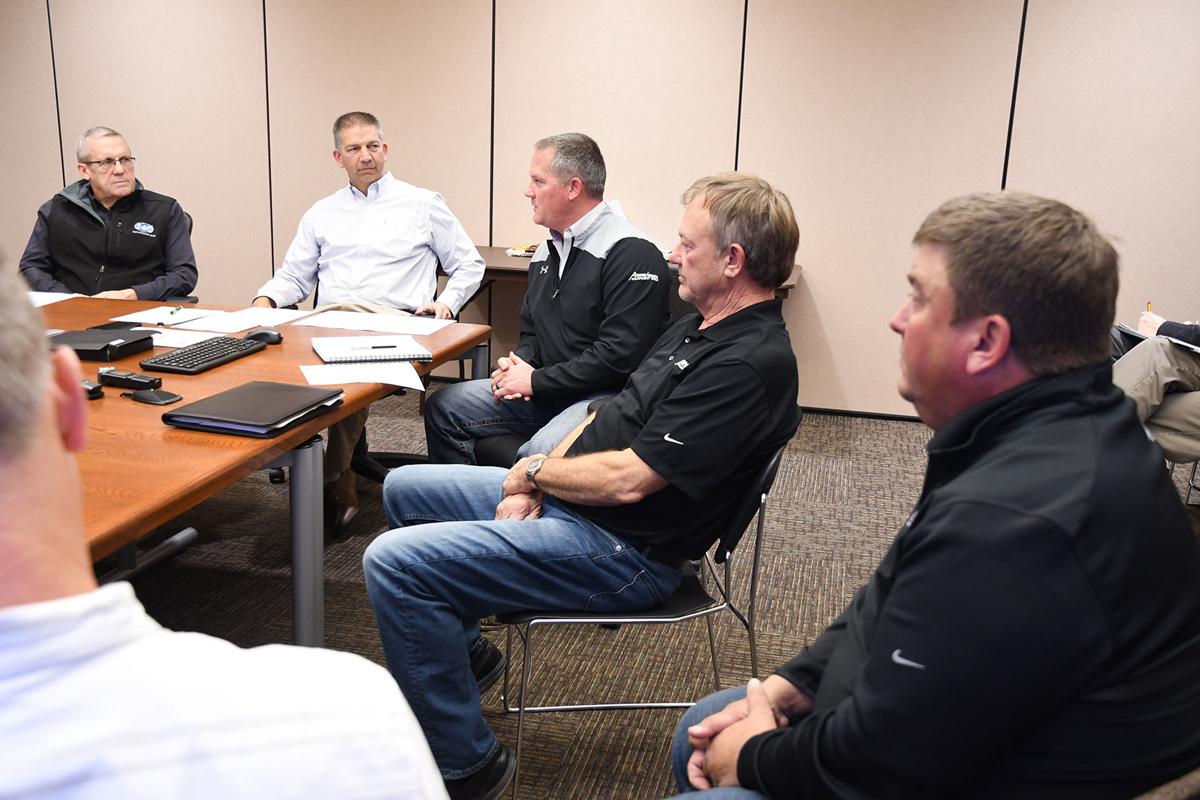 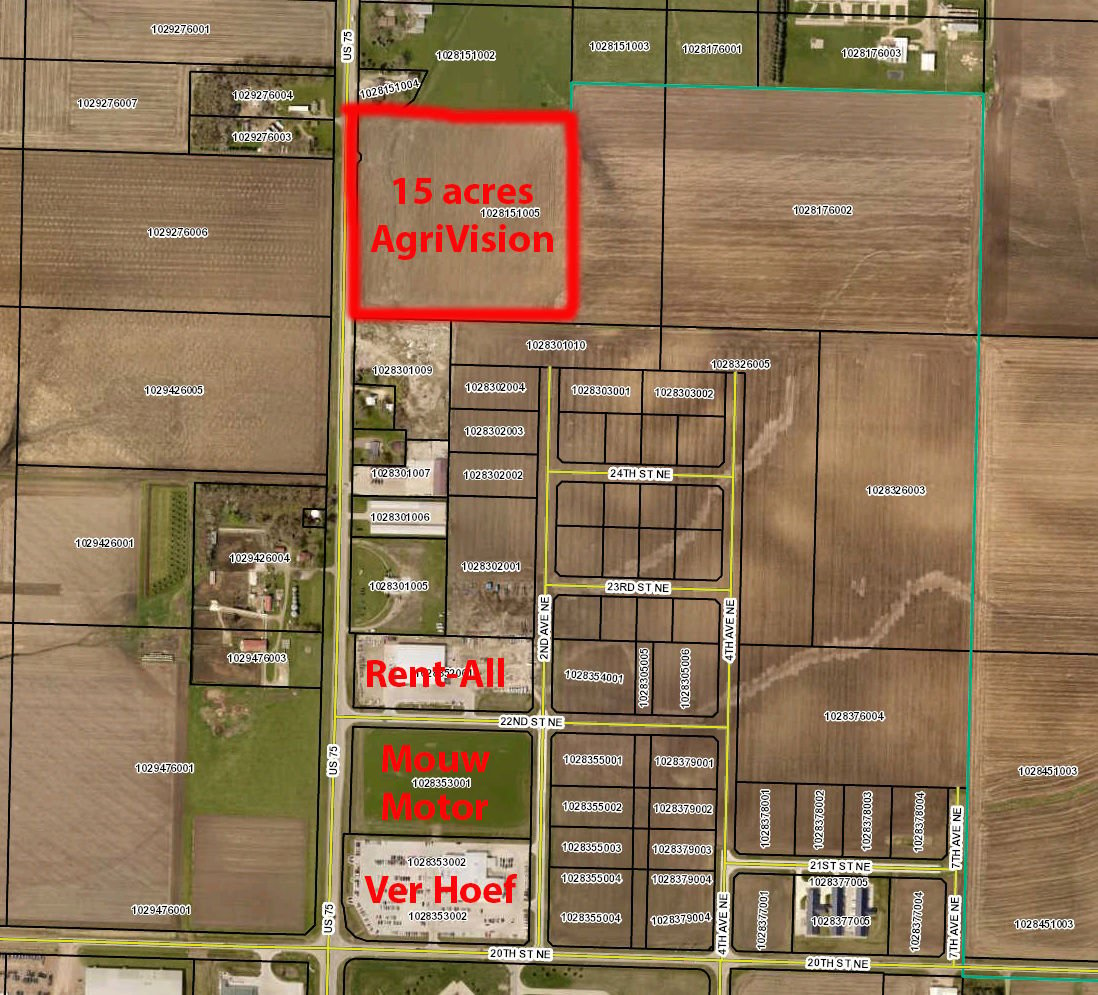 The company seeks to purchase 15 acres of city-owned land located on North Highway 75 for the development of its new dealership. The Sioux Center City Council set 4 p.m. Tuesday, Nov. 26, as a public hearing to consider the sale of this property to AgriVision.

The equipment dealership has seen rapid growth since it came to this area in 2018 after acquiring the Icon Ag locations in Doon, Ireton and LeMars. Ostrander said one example of that growth is that the Ireton location had about $10 million in business two years ago and now has just shy of $26 million.

To accommodate their growth, the company rents hanger space at the former Sioux Center Municipal Airport and a spec building in Hull for its technicians to work on equipment.

“We felt it was time to make an investment in another facility and felt Sioux Center is the right place to be,” said Ostrander, who’s also one of the founding members of AgriVsion Equipment. “If you’re going to make an investment in a facility, these typically are a 50-100 year type of commitments, we spend some time researching the area and are exciting to be here.”

He said strength of the livestock and row crop section, along with healthy economic growth in N’West Iowa was a motivating factor when choosing a location for expansion.

“This is an exciting step in our long-term commitment to the customers, employees and communities in and around Sioux County,” he said.

The company seeks to purchase 15 acres of city-owned land located on North Highway 75 for the development of its new dealership. Before closing on this transaction, the city will draft a development agreement that will outline the city’s and developer’s obligations as part of the project. Included in the final agreement will be requirements for the purchase of the property, high quality jobs grant, terms of a partial property tax exemption and terms of a loan for site development.

The city set 4 p.m. Tuesday, Nov. 26, as a public hearing to consider the sale of this property to AgriVision.

Construction is slated to begin next spring. The shop will be sized to house 30 technicians to serve local customer needs and make it the company's largest facility. The state-of-the art facility will be equipped with overhead cranes, a large area for combine/forage harvester storage expanded parts inventory, wash bay and training facilities. Once established, the new location will employ 30-50 people, bringing new jobs to the area.

AgriVision is rooted in more than 100 years of farm heritage with its first dealership opening in 1899. Today, the company has 17 locations and more than 450 employees, serving customers throughout Iowa, Nebraska, South Dakota and Missouri.

“This is exciting news for the community,” said mayor Dave Krahling. “We’re delighted that you’re here.”

Take 5: Our writers' most popular stories

Here are the most popular articles from November so far, based on pageviews, from our Iowa Information staff: