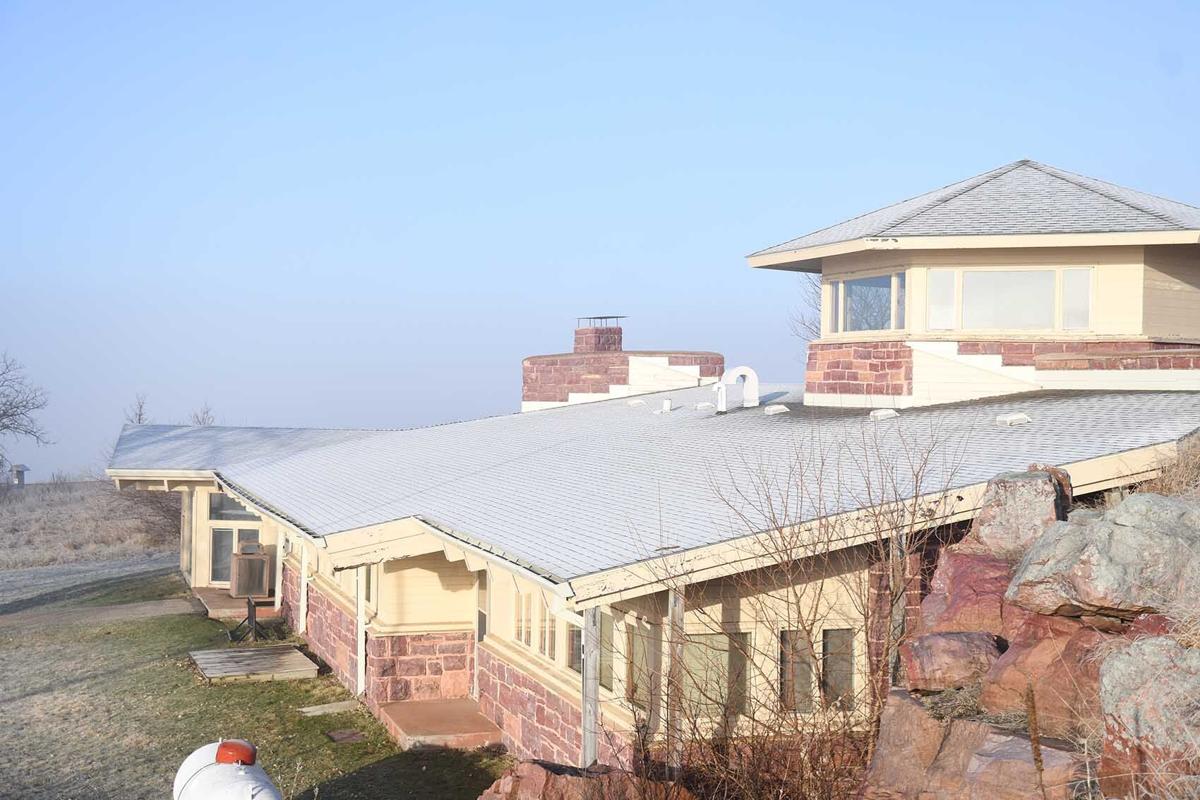 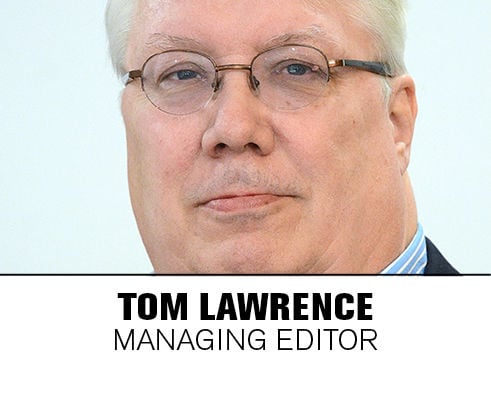 Frederick Manfred is credited with crafting the term “Siouxland” to describe the gathering of the corners of South Dakota, Minnesota, Nebraska and his home state of Iowa.

He lived in a massive home that was an interpretive center at Blue Mounds State Park just outside Luverne, MN. I was disappointed to learn the center was closed in 2015, and the state is considering tearing down the house Manfred built.

The REVIEW recently published a revealing look at the man, the house and the issue.

His daughter, Freya Manfred of Stillwater, MN, hopes the house, which has considerable water damage, can be saved. Placing it on the National Register of Historic Places would help that happen.

Many writers came to the stone house on the hill to learn from Frederick Manfred, who held seminars, hosted retreats and encouraged others to explore their gifts.

“I see it as a profoundly valuable building, culturally, for future generations,” Freya told REVIEW reporter Elijah Helton. “It’s a great place to remember the literature of that place in southwest Minnesota and time.”

The house is as quirky as the man who created it. It was carved from the side of a cliff and was his home and inspiration until he sold it to the state of Minnesota in 1975. It became the interpretive center and trailhead for the state park.

There is an effort to preserve the building. State officials say it might cost up to $2 million, but the Manfred family and supporters say it can be done for far less. To learn more, go to SavetheManfredHouse.org.

I have never visited it, but would like to be able to do so. I did meet Manfred, who wrote more than 30 books and had a long career as an author, journalist and teacher.

“I wanted to find one name that meant this area where state lines have not been important. I tried Land of the Sioux, but that was too long, so ‘Siouxland’ was born,’” he wrote in 1946.

Manfred is best-remembered for his historical novel “Lord Grizzly,” the story of Hugh Glass, the mountain man who was torn asunder by a grizzly bear near what is now Lemmon, SD. It was the first of his “Buckskin Man Tales.”

The 1954 book, with its highly descriptive passages, colorful dialogue and close connection of the legend of Glass, was a national bestseller and helped Manfred forge a career as a writer. He described how he discovered the story of Hugh Glass and turned it into a novel in an essay published by the South Dakota State Historical Society in 1986.

As part of his research, Manfred went to the scene of the grizzly attack and retraced the path the mountain man took to save his life. That devotion to detail came through in the book.

The story of Hugh Glass has been told more than once on the big screen, including a 2015 version starring Hollywood heartthrob Leonardo DiCaprio as an ill-fated, revenge-driven frontiersman in “The Revenant.”

The movie is based on a novel of the same name, not on Manfred’s book, at least officially.

Manfred tried to write a screenplay, his daughter Freya told me. Her husband, Thomas Pope, an experienced hand at that, did compose a complete screenplay and shopped it around Hollywood, including to DiCaprio’s “people.” But they did not bite, and instead chose this version, which adds in a fictional murder.

In 2016, Freya Manfred told me she is a big fan of DiCaprio, but did not plan to see “The Revenant,” at least not right away. Her husband did, however, since he was eager to see if any of his screenplay ended up in the film.

Frederick Manfred considered suing after the 1971 movie “Man in the Wilderness” seemed to have lifted large chunks of his book, Freya said. But he decided not to, realizing star Richard Harris and the studio had deeper pockets.

Frederick Manfred, born Feike Feikema on a farm near Doon on Jan. 6, 1912, was not around to enjoy this renaissance of interest in his career. He died of brain cancer in 1994, about 15 years after I interviewed him.

Manfred, who spent time at the University of South Dakota in Vermillion teaching and mentoring writers and taught at Augustana College in Sioux Falls, was at South Dakota State University in Brookings for a writers conference when I met him.

I was an arts reporter for The Collegian assigned to interview him. Frankly, I had no idea who he was or of his impact on regional writing.

My memories are of a very tall man — Manfred was 6-9 — with a long, angular face topped with a thatch of white hair.

He was a friendly giant, willing to answer what I am sure were uninformed questions.

In 2016, I visited his grave at a small cemetery near Doon. Like the man, his headstone is tall and impressive.

He had a mixed relationship with Doon, where the conservative locals were a tad shocked over the blunt sexuality he often included in his work. A sign placed by a local highway in the 1970s proclaimed it his hometown, but after repeated incidents of vandalism, it was taken down.

But despite spending more than 20 years in Luverne, MN, he maintained a fondness for his hometown. That is where his body was taken for a typically colorful burial ceremony, complete with readings of his work, poetry and performances from family and friends.

A “revenant” is a figure who appears to have mysteriously arisen from the grave, as Hugh Glass seemingly did two centuries ago. Perhaps Manfred’s reputation and work will rise again. Preserving his unique home would go a long way toward making that happen.

Tom Lawrence is a former managing editor of The N’West Iowa REVIEW. He lives in Sioux Falls, SD, and may be reached at sdwriter26@gmail.com.