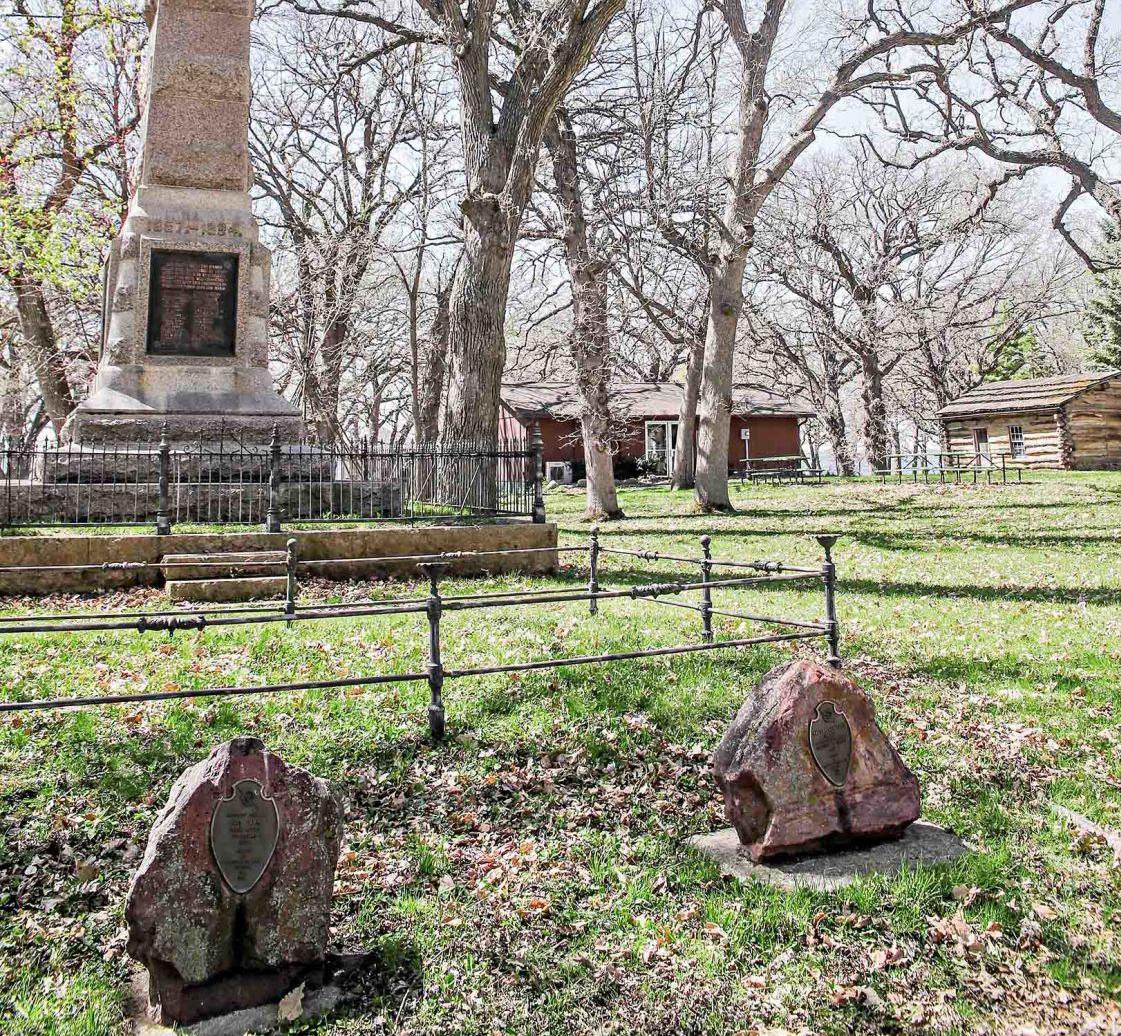 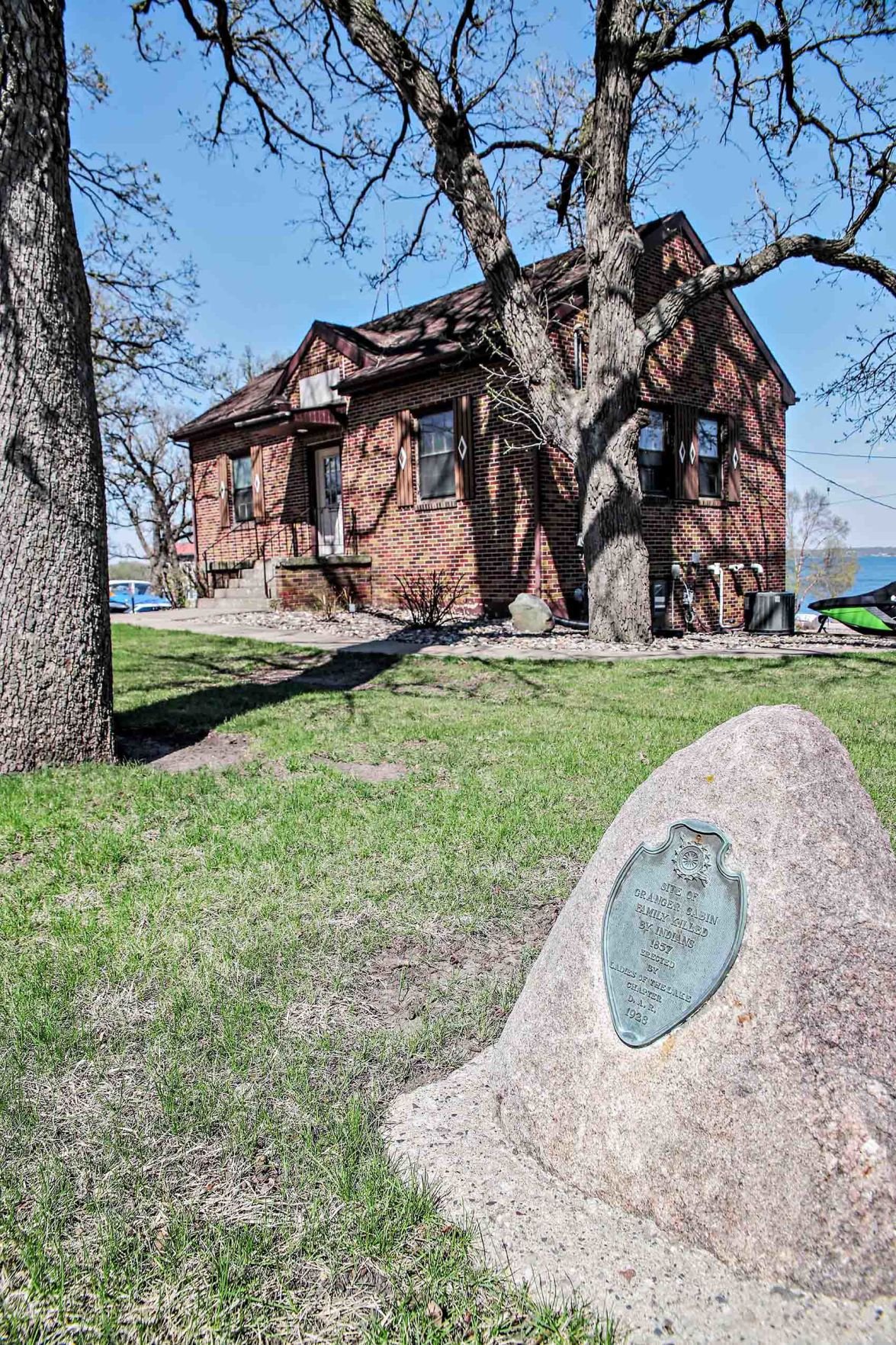 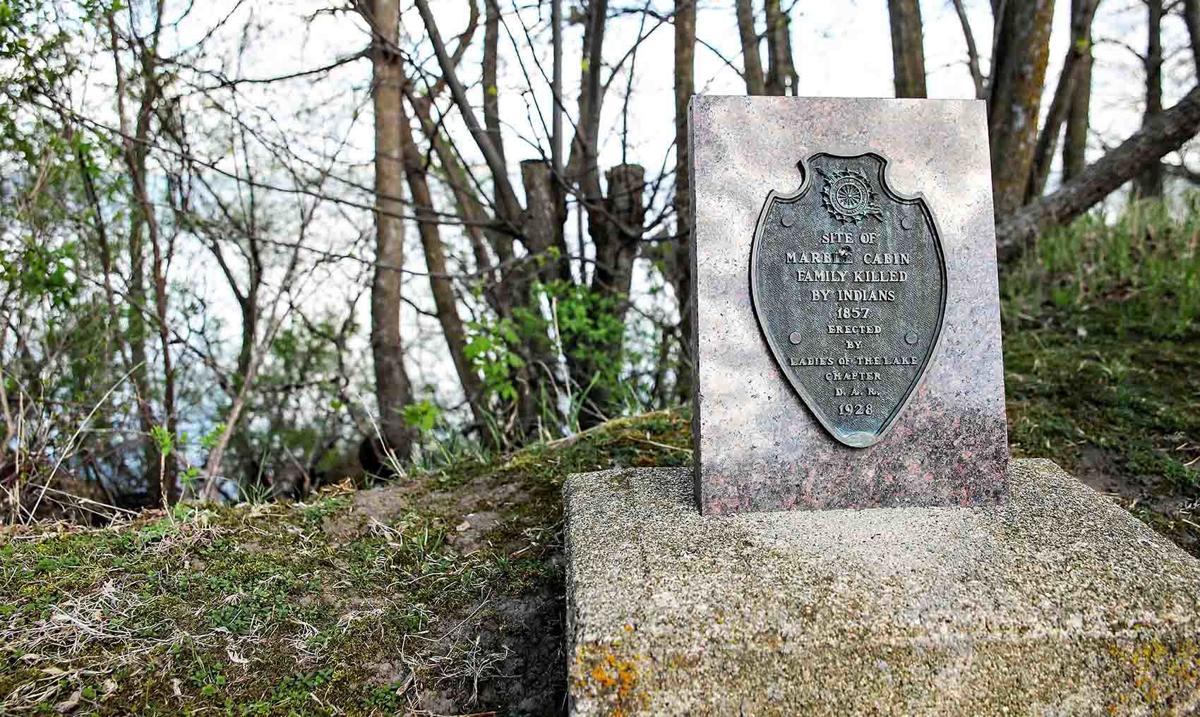 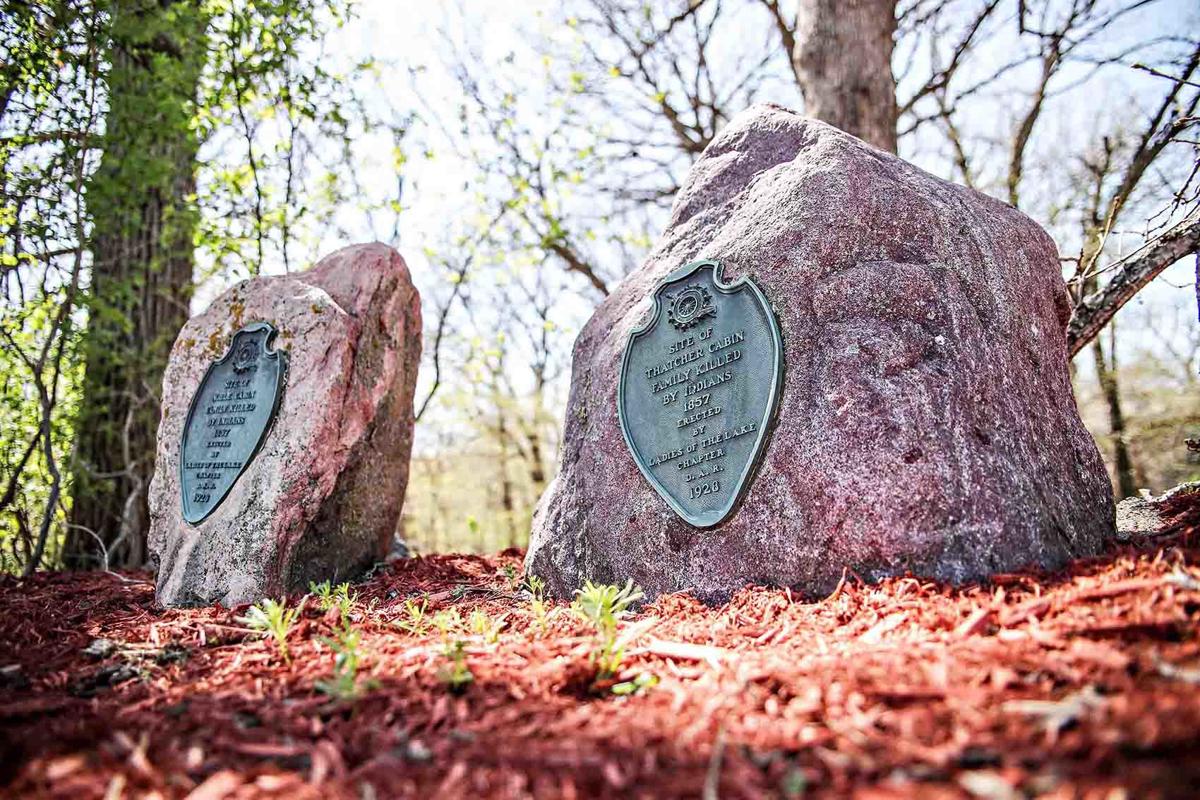 Historical markers maintain memories of the past

“Historical Marker” with an arrow pointed a certain direction.

They can be seen on a drive just about anywhere in the country as well as right here in the heart of the Iowa Great Lakes. Take the time to stop and you’re likely to learn something new about the area you’re passing through or the place you call home.

Daughters of the American Revolution is a national nonprofit organization that counts preserving American history as one of its main functions.

Ladies of the Lake, the local chapter of the organization, has placed and maintained more than a dozen markers in the Iowa Great Lakes area chronicling the history of the area’s early settlers and their clashes with Indians on the frontier in the 1850s.

On March 10, 1857, Inkpadutah and his Sioux warriors and their captives crossed West Okoboji Lake on the ice and went up the west side of Big Spirit Lake to the William Marble home. Mr. Marble was shot and his wife was taken hostage.

The bronze tablet dedicates this site to the “Pioneers of 1862.” This was the location of the old stockade where families sought shelter from the Indians. Many who were taken here as children were present for the dedication in 1916.

This body of water is also known as Tuttle Lake, located on the Iowa-Minnesota border, two miles North of Dolliver on county road A13

Discovered by Jean Nicollet in 1838, and a camp site of General Fremont and later of Major T.W. Sherman on Government Road. The marker was placed by Okamanpado Chapter DAR of Estherville, Iowa, July 4, 1926.

The Rowland Gardners, nine members in all, came to the Spirit Lake region by covered wagon in 1856. The entire family, except Abbie, 13, and her sister Eliza, died outside the cabin at Okoboji during the 1857 massacre led by Inkpaduta of the Sioux tribe. In 1891, Abbie returned to the area, purchased the cabin, and preserved it until her death in 1921. The marker for the cabin was placed by the Ladies of the Lake Chapter in 1928.

Built in 1863 to protect settlers of the northwest Iowa border from attack by Indians. The stockade enclosure was 132 feet square. The fort, no longer needed, was dismantled and timber purchased by farmers can still be seen in barns. The marker was placed by Okamanpado Chapter DAR in 1977. The Okamanpado DAR Chapter of Estherville merged with the Ladies of the Lake DAR Chapter in the 1990s.

The former Chicago, Milwaukee, St. Paul Railway Depot is where soldiers left to serve their country and were returned home and is now attached to the Dickinson County Museum. This marker was placed by Ladies of the Lake in 2012.

351 N Highway 71, Arnolds Park, IA (This site is on the west side of the road, two blocks south of the Okoboji Bridge.)

The cabin, where James Mattock, his wife, five children, and Mr. Robert Bruce Mathieson lived, was destroyed and the people within burned by Inkpadutah of the Sioux tribe.

Site of Thatcher and Noble Cabins

The Thatcher family was sharing their cabin with the Noble family while they were in the process of building their cabin home. Mrs. Noble and Mrs. Thatcher were taken captive. Mr. Thatcher had been delayed on his return from Waterloo for provisions, and so escaped.

The meteorite fell 482 feet due west of “this spot,” a few miles north of Estherville, on May 10, 1879. It was one of the three greatest “falls” on record. Parts of the meteorite can now be found in important museums of the world. The original spot was marked in 1929 by the Okamanpado Chapter DAR of Estherville, Iowa.

Mrs. Dena Borkman Funk was the first pioneer child born in Dickinson County. Her grave at Lakeview Cemetery was marked by the Ladies of the Lake in 1937.

Site of the Howe Cabin

The family of Joel Howe and his wife and six children were killed here by the marauding Indians.

Daughters of the American Revolution:

The DAR, founded in 1890 and headquartered in Washington, D.C., is a nonprofit, nonpolitical volunteer women’s service organization dedicated to promoting patriotism, preserving American history, and securing America’s future through better education for children.

Sibley museum has something for everyone