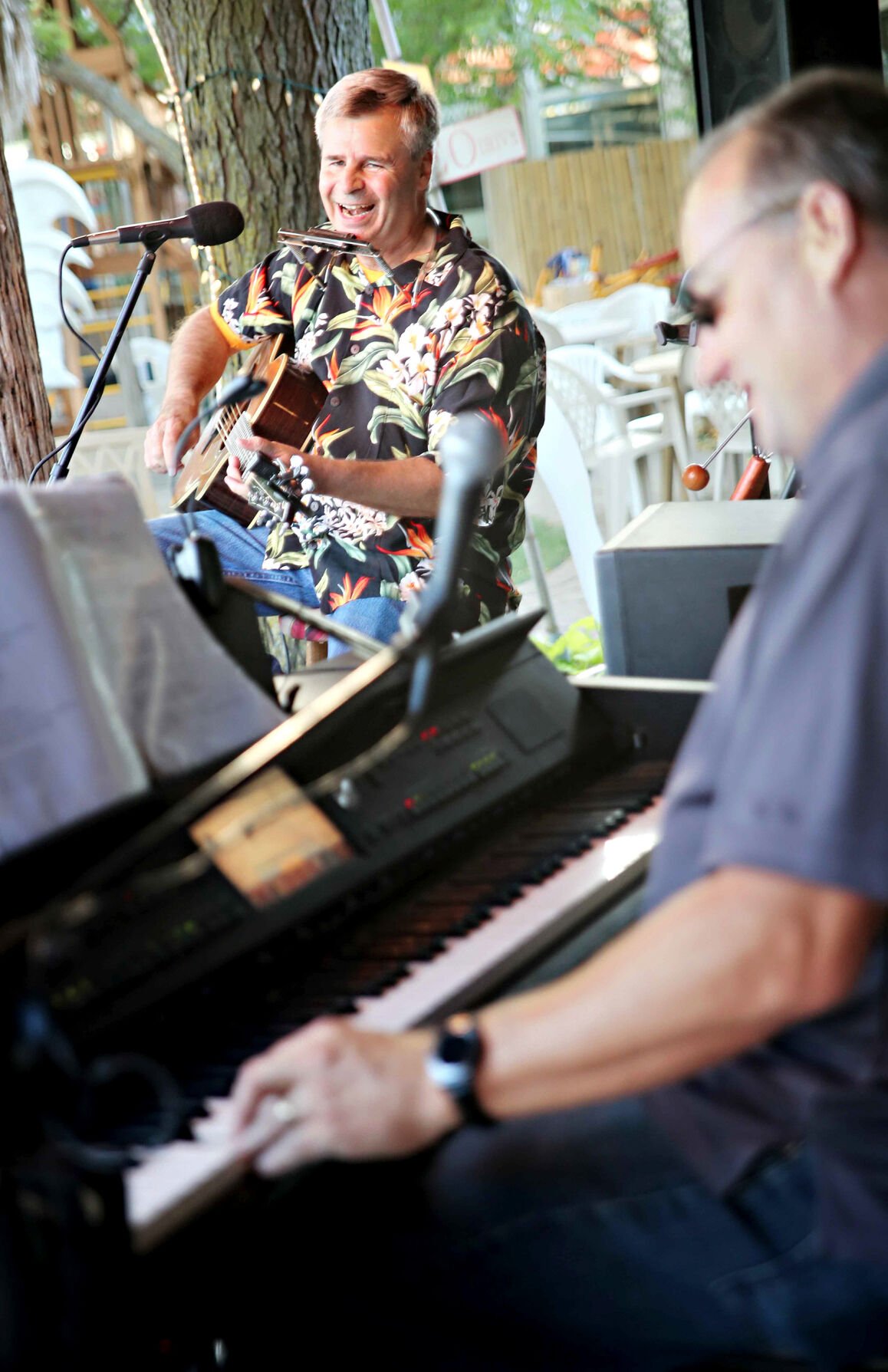 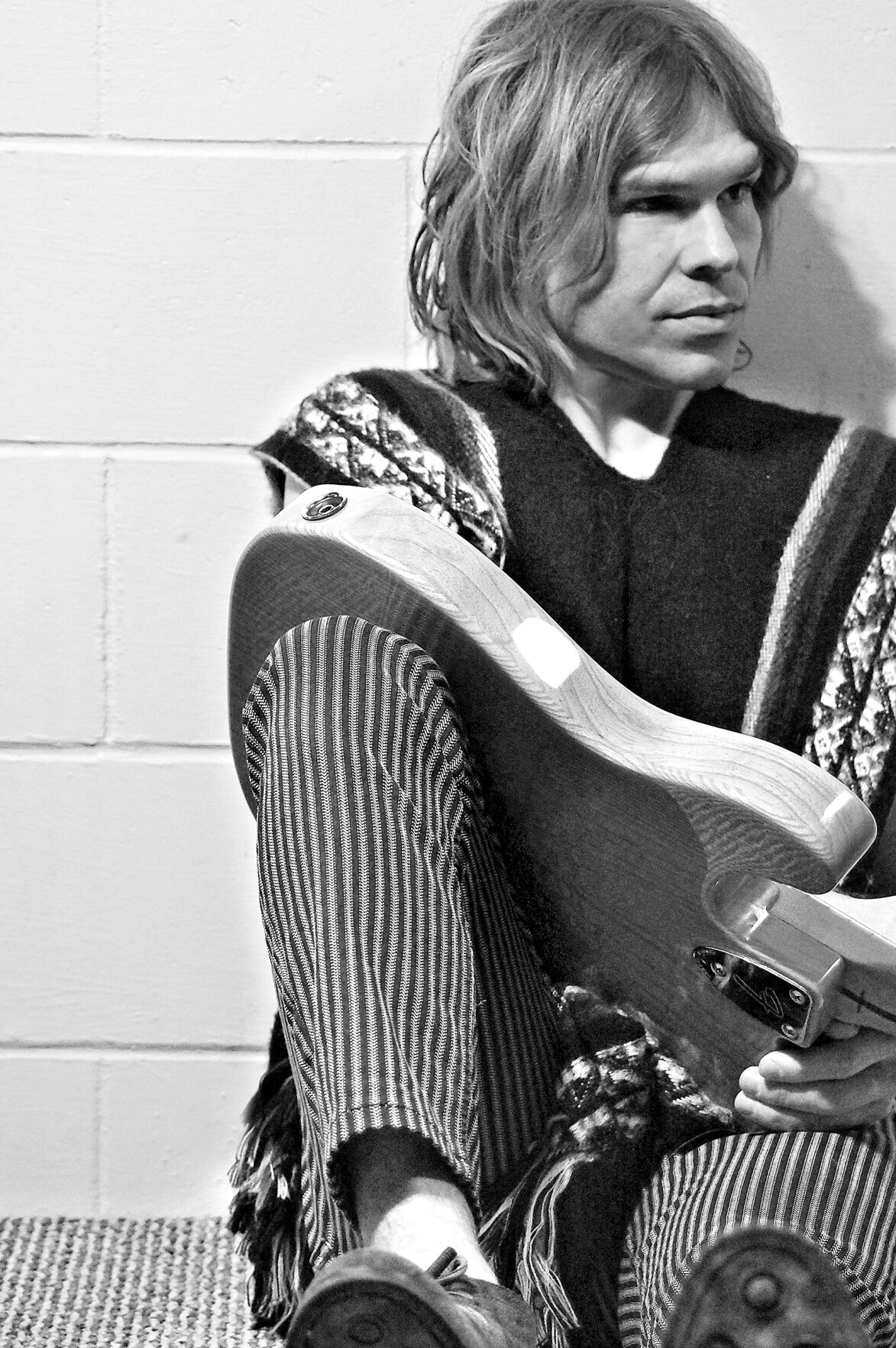 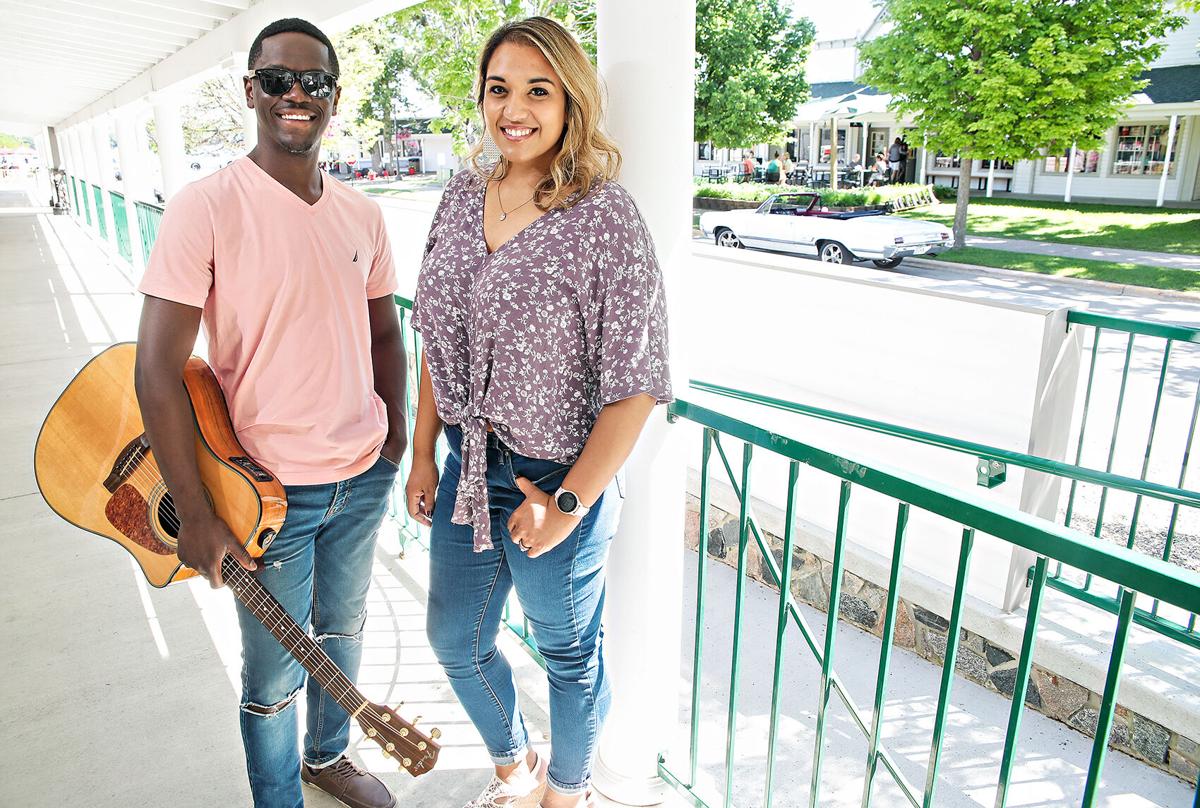 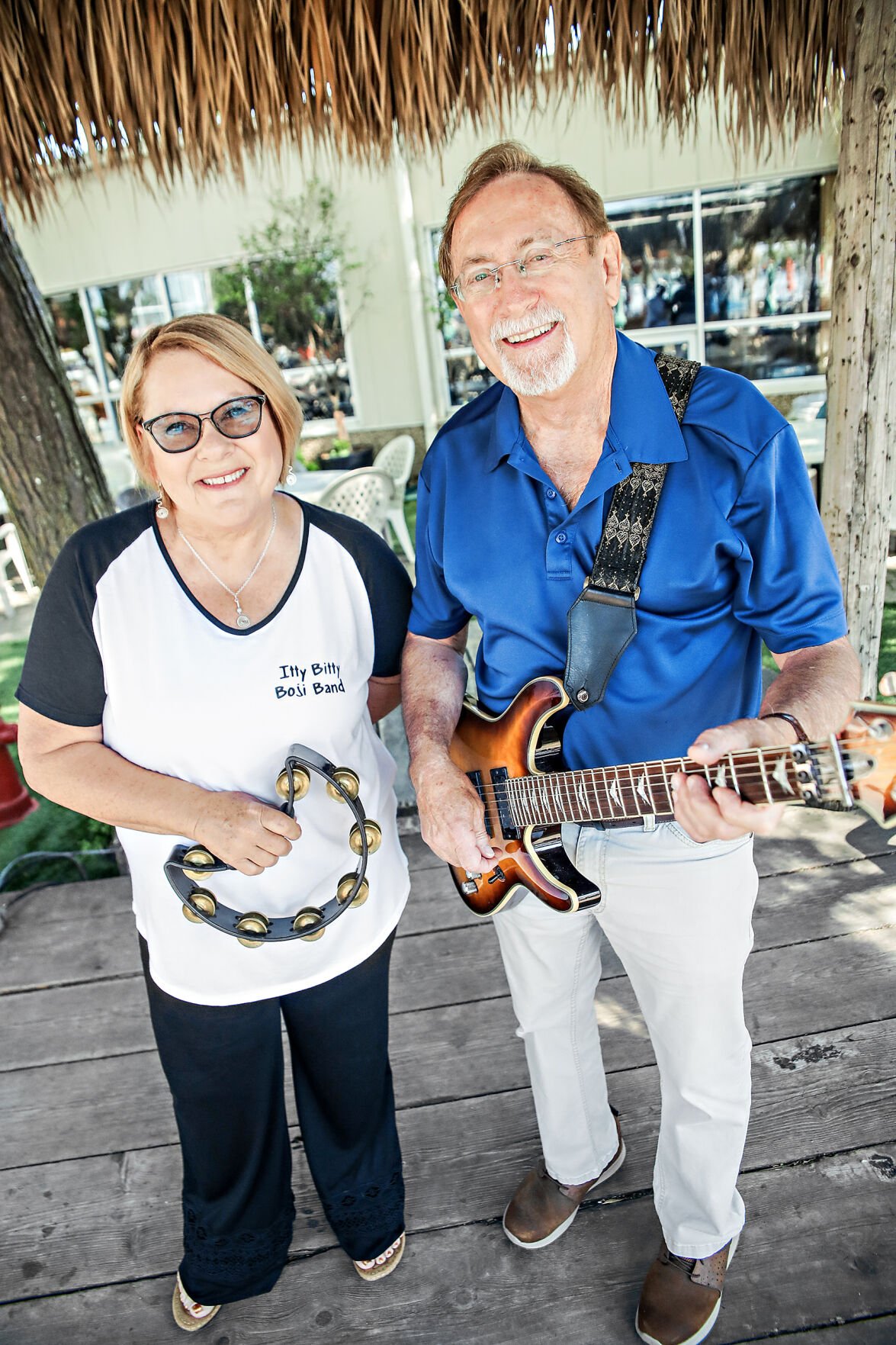 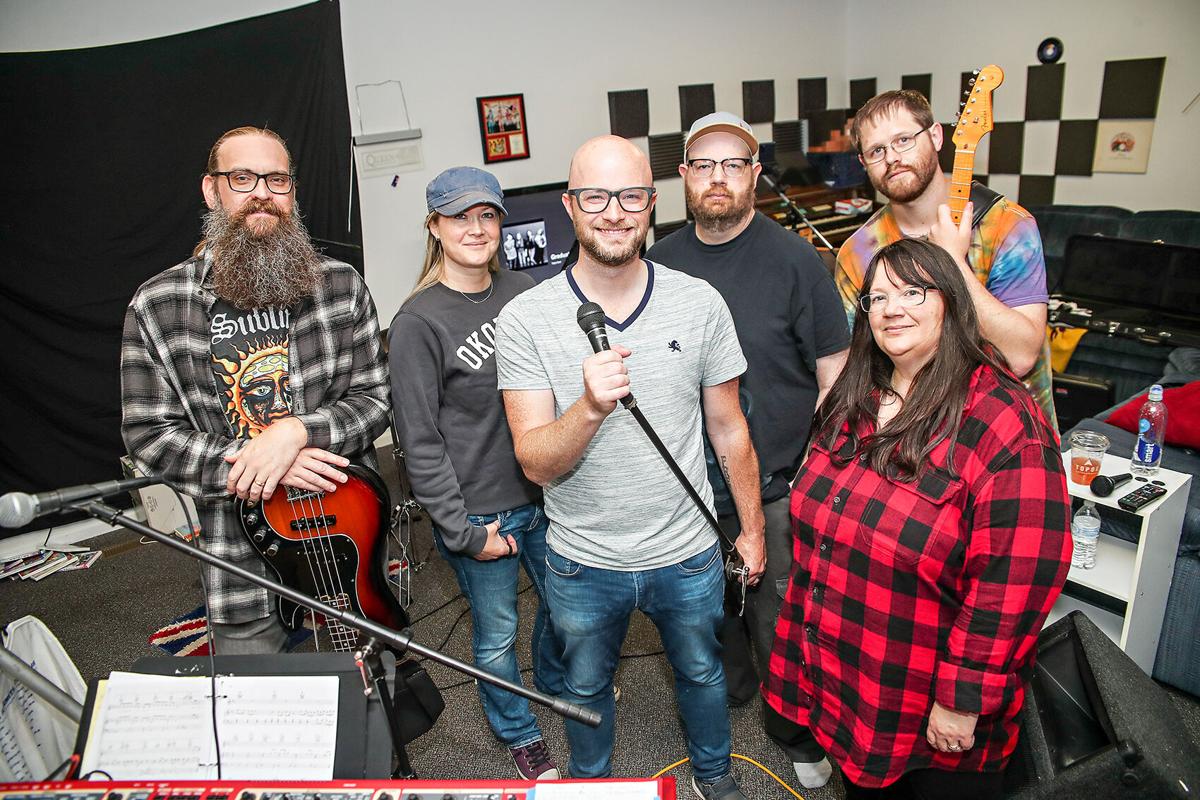 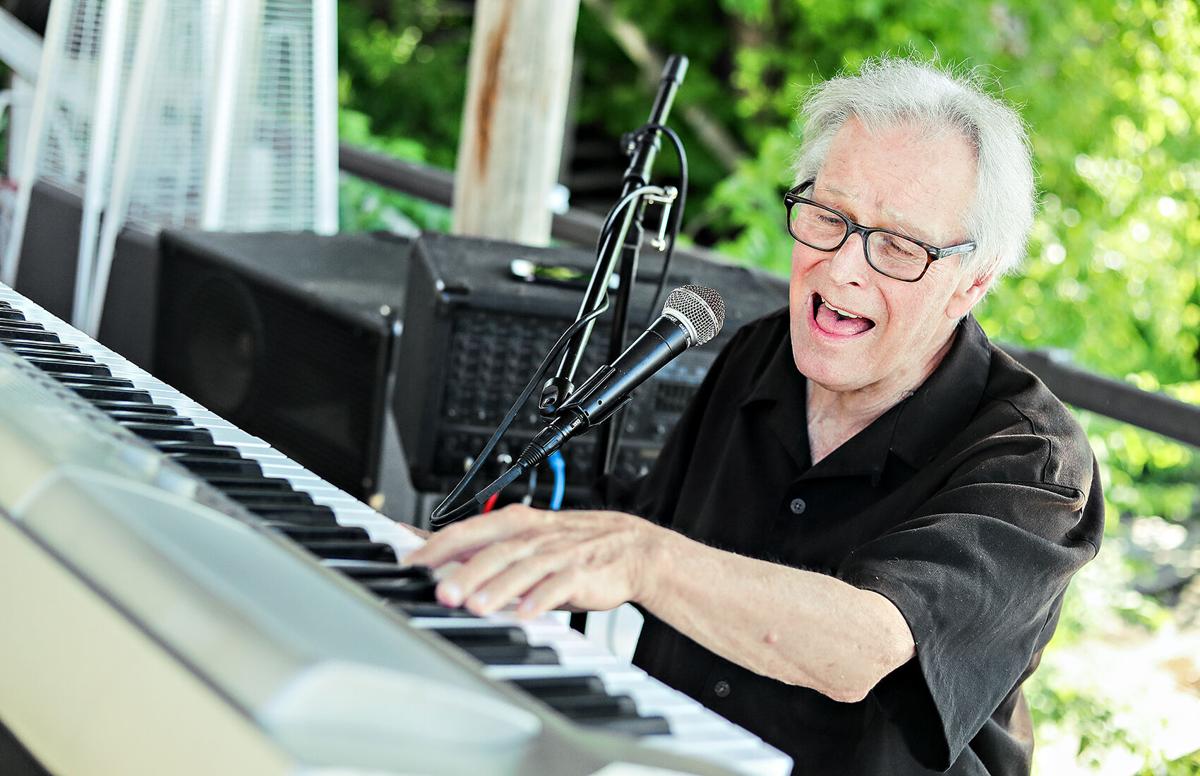 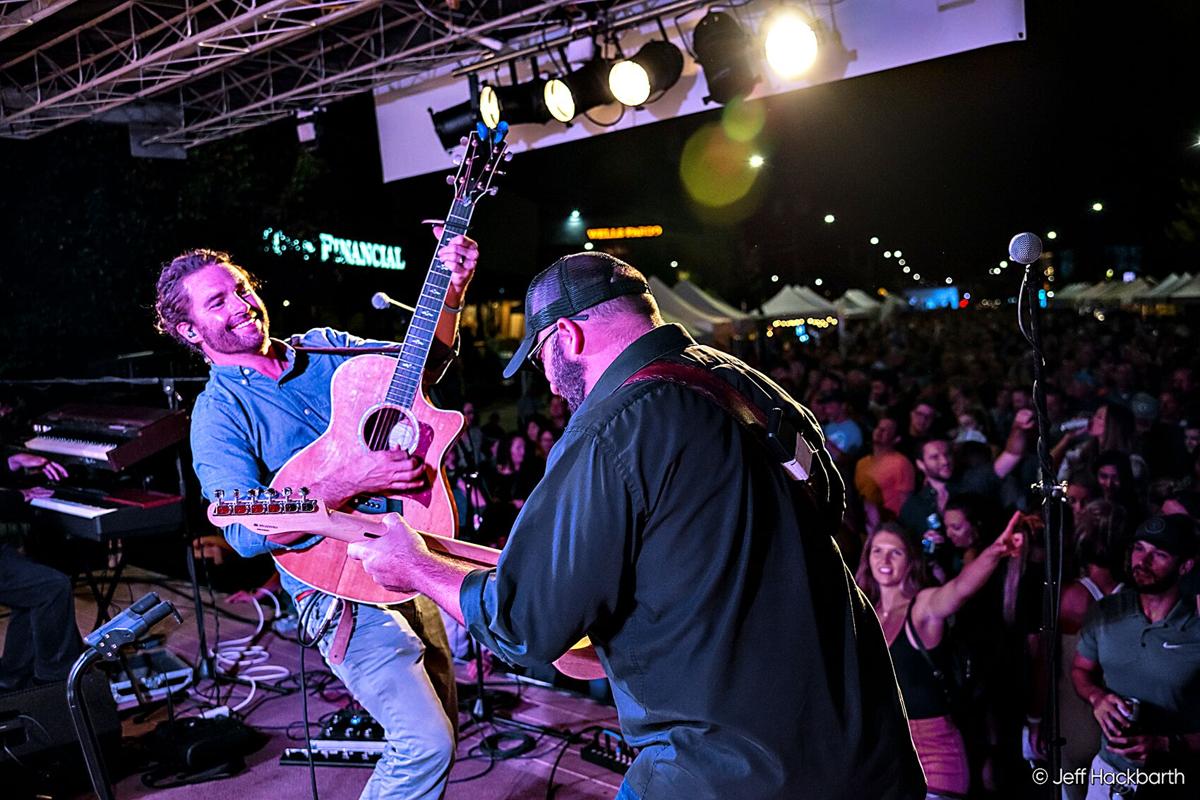 Live music provides the soundtrack to summer at the Iowa Great Lakes.

Acts large and small have a stage to play with an audience excited to hear them perform. Bands, solo acts and everything in between have a place in the Lakes.

You might see them up on stage as they belt out rock ‘n’ roll or country hits, but you might not know much about some of our local musicians.

Let us help you get to know them.

1. The Elle-Shante and Kerry Duo

Names and instruments of people in the band: Elle-Shante Whalen, vocalist; Kerry Belgrave, keys, guitar, drum programming, back up vocalist

Q: How long have you been performing? A: We started playing together in 2019 at the Clay County Fair’s Art Barn. Elle-Shante: I was 9 years old when I sang at my first wedding, and was about 14 when I played my first show at The Ritz. Kerry: The first time I played the keyboard I was 14 years old. I had started doing beats at 15, and then recordings about 18.

Q: Where have you performed in the Iowa Great Lakes? A: The Arnolds Park Farmers Market, The Beach Club, The Gardens.

Q: What kind of music do you like to play? A: Everything! Mostly pop, country, R&B. Things you have heard on the radio at some point.

Q: What’s your favorite song to perform and why? Kerry: “Blue on Black” by Kenny Wayne Shepard, because it’s fun to play on guitar. It’s groovy, catchy, fun. Also, “Found Out About You” by The Gin Blossoms. Elle-Shante: I personally love when we get to slow it down and play some love ballads like Shania Twain’s “You’re Still The One” or” Can’t Help Falling In Love” by Elvis Presley. People will get up and slow dance together.

Q: What’s your favorite thing about performing in the Lakes area? A: We like that there are so many venues and always different people. Yet the locals we get to see frequently are so fun! We also like that it’s close to home.

Q: What instruments do you play? A: I’m a guitar player and singer/songwriter. I play as a band or solo.

Q: How long have you been performing? A: Been playing live a few years.

Q: Where have you performed in the Iowa Great Lakes? A: Preservation Plaza, Pearson Lakes Art Center, The Beach Club, Bracco and more.

Q: What kind of music do you like to play? A: I love to write and play my own music. I perform a mix of original and cover songs. As far as covers go, any Prince song. One of my favorite artists. His music can move your body. I have too many favorite songs to mention.

Q: What’s your favorite thing about performing in the Iowa Great Lakes? A: I’m very fortunate to have grown up here. I’m lucky to have the opportunity to perform music in this special and unique area with a wonderful community.

Q: Where have you performed in the Iowa Great Lakes? A: Lake Affect, Preservation Plaza, Murphys, Captains Getaway, The Ritz, The Barefoot Bar

Q: What kind of music do you like to play? What’s your favorite song to perform and why? A: We play a good mix of tunes. I’d say it’s a mix of Zac Brown, Jason Mraz and Dave Matthews.

Q: What’s your favorite thing about performing in the Lakes? A: I love getting to see home. Seeing the lake and the people I have known for so long only on Facebook can only suffice so much. I draw from the energy that the area provides for me. It’s hard to get to everyone and say “hi” … but Okoboji is and will always be my home and I’m so grateful for the support I have received over the years. Playing my song “Summer Days” in Okoboji always means a little more!

Q: What instruments do you play? A: I’m a keyboard guy and I sing.

Q: Where have you performed in the Iowa Great Lakes? A: I’ve played with various bands over the years and am still currently playing with the band Lake Patrol from time to time. I’ve performed just about everywhere in the Lakes, but this year it will mostly be at The Gardens, The Okoboji Store and the VFW in Spirit Lake.

Q: What’s your favorite thing about performing in the area? A: Obviously, the people. You meet such a variety of individuals here and there are really good people. Without a doubt, the people are my favorite.

Q: How long have you been performing? A: I think we started back in 2011, originally. We started as the Itty Bitty Big Band and we played big band music. We thought that was clever and we’d also play whatever people requested and we ended up doing a lot of ’50s and ’60s rock music.

Q: Where have you performed in the Lakes area? A: Barefoot Bar, Little Swan Lake Winery, Spencer Mainstreet Market

Q: What kind of music do you like to play? What’s your favorite song to perform and why? Bill Carpenter: My favorite is rock ‘n’ roll, but we do a lot of newer stuff, too. My favorite song to perform is pretty much anything by Neil Diamond — really whatever the crowd is liking. Mel Kimblad: I like to do things like “Love Shack” that gets the crowd going. I’m a ballad singer so I like “Georgia” and “Devil With the Blue Dress.”

Q: What’s your favorite thing about performing in the Iowa Great Lakes? Bill: We get to meet so many people. I didn’t really start doing it full time until I retired and we have made so many friends throughout the Lakes. Mel: The people — there’s no question. I’m in remission now, but I had cancer in 2016 and recurred in a bad way in 2019 — those people put on a fundraiser for me. They are the best people.

Names and instruments of people in the band: We’ve had many friends join us over the years, and they’re all still part of the band! The line up for 2021: Gary Lambert: drums/guitar/vocals; Jesse Dagel: guitar/vocals; Wendy Gordy: vocals; David Boon: bass/vocals; Adam Layman: vocals/guitar; Jennifer Johnson: keyboards/vocals

Q: How long have you been performing? A: Gary started Rock A La Carte after moving to the area in 2004. Our first show was played under the moniker “Scoobie Don’t” at the Roof Garden. Everyone hated that name (except Gary), so by our next show we were Rock A La Carte. That name was taken from the Queen song “Let Me Entertain You!”

Q: What kind of music do you like to play? What’s your favorite song to perform and why? A: We play a variety of music from the ’60s through today. Mostly rock ‘n’ roll. We feature a Tribute to Queen show which is our favorite to perform. Our favorite Queen song to perform … that’s tough! “Somebody to Love” is a great song about hope and love and has a great gospel vibe! We’ve written a couple originals that we love to showcase also — “So Much Better (Together)” and “Brand New Day.”

Q: What’s your favorite thing about performing in the area? A: The Iowa Great Lakes is home! The crowds are always so welcoming and into music. The crowd knows their music. You can play some deep tracks here and they are appreciated. Each venue has its own special atmosphere and vibe, which are all great. We also appreciate the chance to perform for our friends and family in the Iowa Great Lakes.

Name and instruments of people in the band: Dave: I sing and play guitar, harmonica, ukulele and penny whistle. Ryan sings and plays keyboards (piano).

Q: How long have you been performing? A: I’ve been performing since 1978. Sole profession as a single singer/guitarist 1978 to 1984. Off and on until our family moved here in 1996 and then in 2003 when Ryan Sather and I teamed up. In about 2004 I started Dave Rowley & Friends as an annual fun concert supporting Pearson Lakes Art Center.

Q: What kind of music do you like to play? A: I focus on providing a variety however the genre I draw from the most is songs from the 1970s and on. I like the feel of Jimmy Buffett songs, The Beatles, summer-type songs in general that you can sing or hum to. Picking a favorite is difficult. I would guess the full version of “American Pie” is a favorite and two originals of mine called “Stories from Captain Steve” and “Miles and Years.”

Q: What’s your favorite thing about performing here? A: There is a very real, genuine, deep love for music in our area. The Iowa Great Lakes draws the attention of music lovers from all over our region, and from far away. Audiences can enjoy an amazing variety of quality live performances whether they are visiting or live here. The passion our local musicians have for performance is also so very genuine. We all love it and cheer each other on. For me personally, my favorite thing about performing in the Iowa Great Lakes is seeing happy audiences full of smiles and enjoying themselves. There is nothing better than that.

Seven for 7: Paddle up