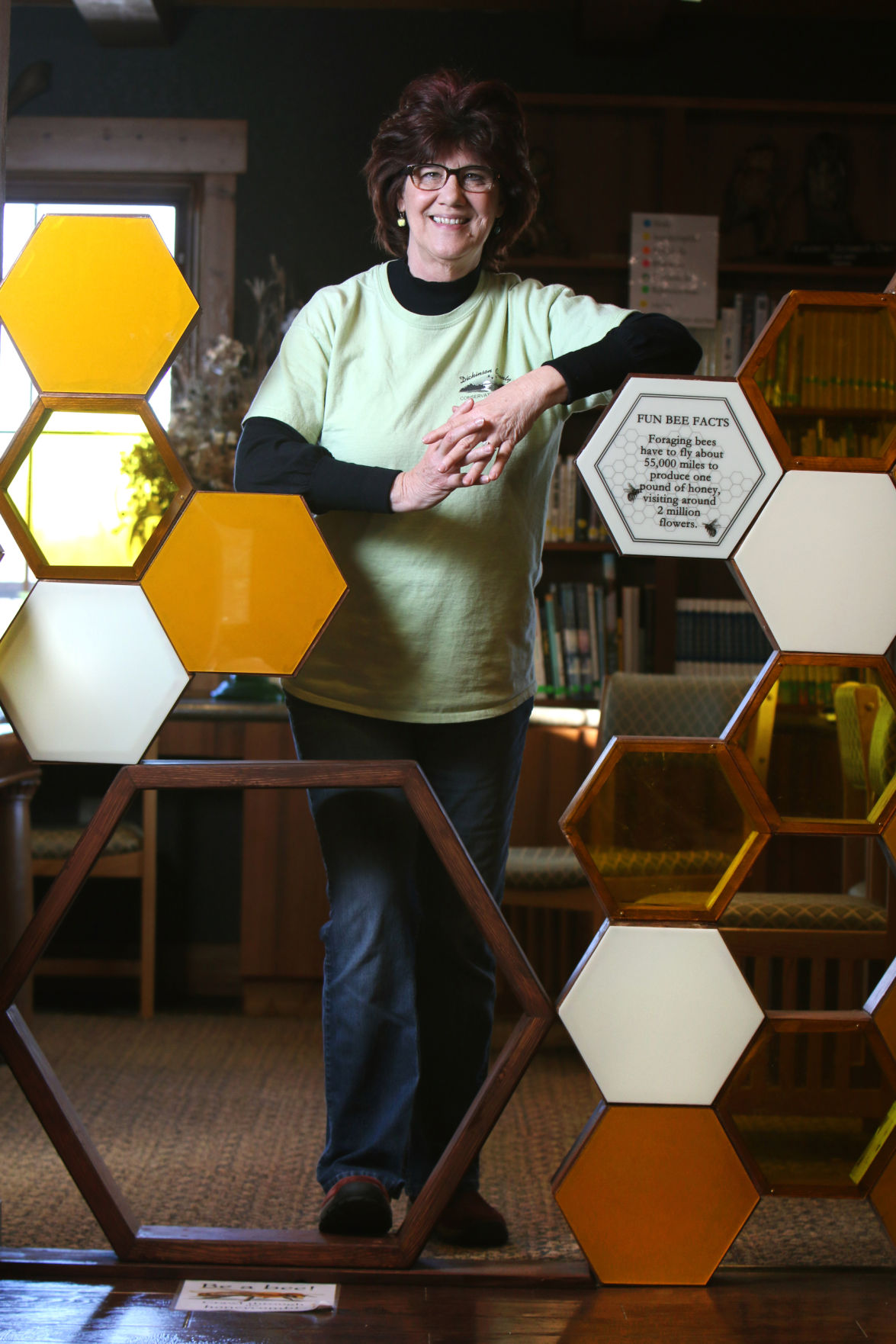 Barbara Falk, 66, helps out once a week at the Dickinson County Nature Center in Okoboji. It is just one of many volunteer activities Barbara has signed up for after retiring to the Iowa Great Lakes with her husband in 2005. 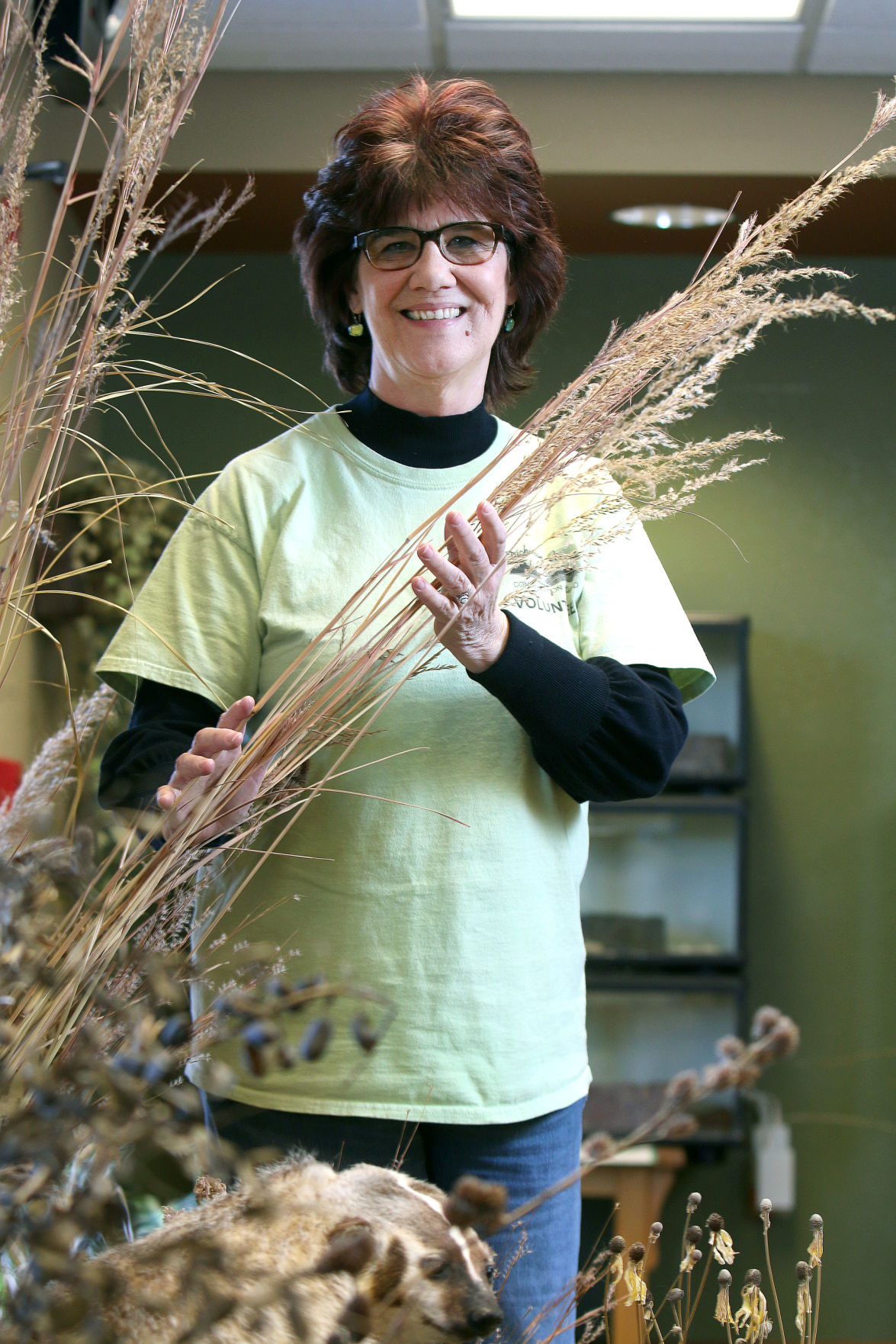 Barbara Falk's love of nature extends beyond volunteer work. She and her husband are avid bird watchers and they have even transformed their own yard into a National Wildlife Federation Certified Wildlife Habitat.

Barbara Falk, 66, helps out once a week at the Dickinson County Nature Center in Okoboji. It is just one of many volunteer activities Barbara has signed up for after retiring to the Iowa Great Lakes with her husband in 2005.

Barbara Falk's love of nature extends beyond volunteer work. She and her husband are avid bird watchers and they have even transformed their own yard into a National Wildlife Federation Certified Wildlife Habitat.

Hobbies come in a wide range of activities and tasks most people do in their free time. When Barbara Falk, 66, retired to Spirit Lake in 2005 she had plenty of free time and filled it all with her one true hobby.

“Really, my hobby is being a volunteer,” Barbara said.

Barbara’s husband Roger, 70, grew up near the Iowa Great Lakes area and while they raised their own family in Illinois, they visited in 1990 and came back every summer after that knowing they’d eventually retire to the area.

“We’re both nature people so we just love the lakes area,” Barbara said. “We were both able to retire early, which was wonderful, and between the natural beauty and great people, the whole lakes lifestyle is fantastic.”

Not one to sit still in retirement, Barbara quickly filled her calendar with volunteer activities and part-time work at places like Pure Fishing and Ferguson’s.

She and her husband host Coffee & Grounds at the Lakeside Laboratory on Tuesday mornings during the summer. The group helps restore the grounds of the facility, clearing brush, pulling weeds, working on trails and more. She also volunteers weekly year-round at the Dickinson County Nature Center helping at the front desk, with program maintenance and brochures, greeting visitors and assisting the naturalists. She also recently joined Dickinson County Conservation Foundation.

“I have to feel like I’m contributing something and doing something positive,” Barbara said. “We’re both real nature-minded so a lot of things we do fall into that category.”

A lot of interests may be nature-related, but not all, as Barbara’s list of volunteer activities is long and varied. Two years as a relief house parent for Cherish House. Three years playing a beautiful baby grand piano during events at the Pearson Lakes Art Center. Soon she will be a volunteer usher at the facility.

“Piano is just something that’s a part of me,” Barbara said. “I enjoy classical piano and couldn’t go a day without it.”

Barbara also rode the trails of the Iowa Great Lakes on a Ranger UTV with the sheriff’s department as part of Seniors & Lawmen Together, or SALT. Asked to pick a favorite activity though, and she would choose her work with American Red Cross of Greater Northwest Iowa.

“Having been a nurse all my life it’s just part of me to help people — it’s part of my nature,” Barbara said.

While she’s not a nurse with the Red Cross, she’s helped set up shelters for displaced people after natural disasters both near and far. In 2011 she was in Sioux City dealing with the Missouri River flooding and on Halloween in 2013 flew to New Jersey in the aftermath of Hurricane Sandy.

She made a return trip to New York City a few months later to assist clients who were still displaced. She would sometimes even walk through water-damaged neighborhoods with boxes of water to hand out to people who needed water.

She also helped during the floods last summer in Rock Valley and Rock Rapids, and, when there was a fire at a Spirit Lake apartment building last winter.

“The outpuring of the community to the [Red Cross] shelter [after the fire in Spirit Lake] was just fantastic and I was really proud of the community for coming together like that,” Barbara said. “The Red Cross is a marvelous organization and I really enjoy working with them.”

Some of that work includes helping disaster victims get on their feet with the basic necessities of food, water, and shelter. It included working side-by-side in Sioux City with the National Guard, who Barbara said were awe-inspiring and dedicated. It also meant staying up all night at a shelter in Rock Valley during tornado warnings in case people needed to be ushered into the shelter basement.

It’s a small wonder that Barbara has any free time leftover. When she does, it is most often spent bird watching with her husband or working on their yard, which is a National Wildlife Federation Certified Wildlife Habitat.

The Falks enjoy spending time with their two children and three grandchildren who live back in DeKalb, IL.

Barbara encourages people to volunteer noting that the places she helps are always looking for people. As for her, she doesn’t always know what’s going to happen next, but she’ll be there as always to lend a helping hand.

From the April 2015 edition of Okoboji magazine.