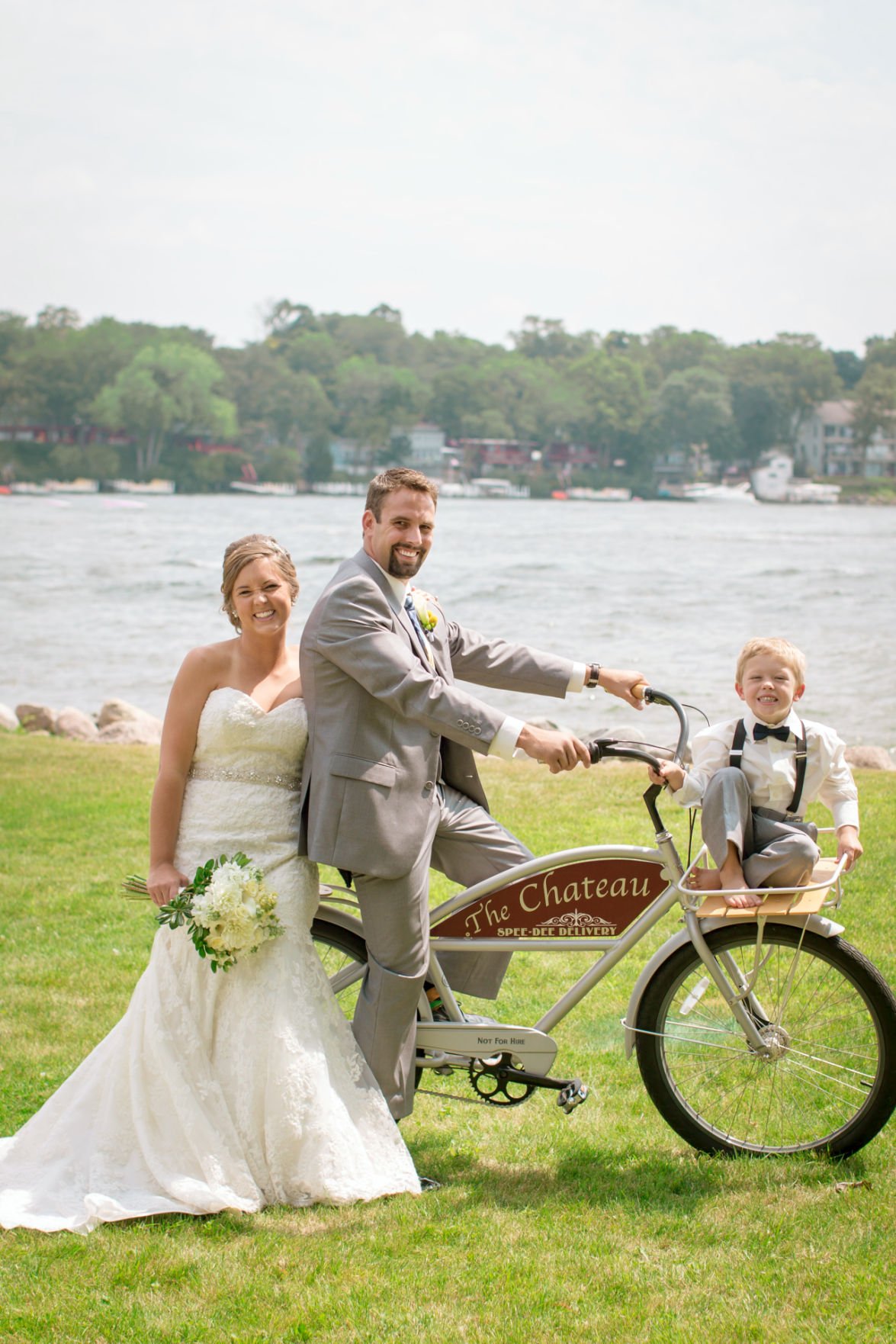 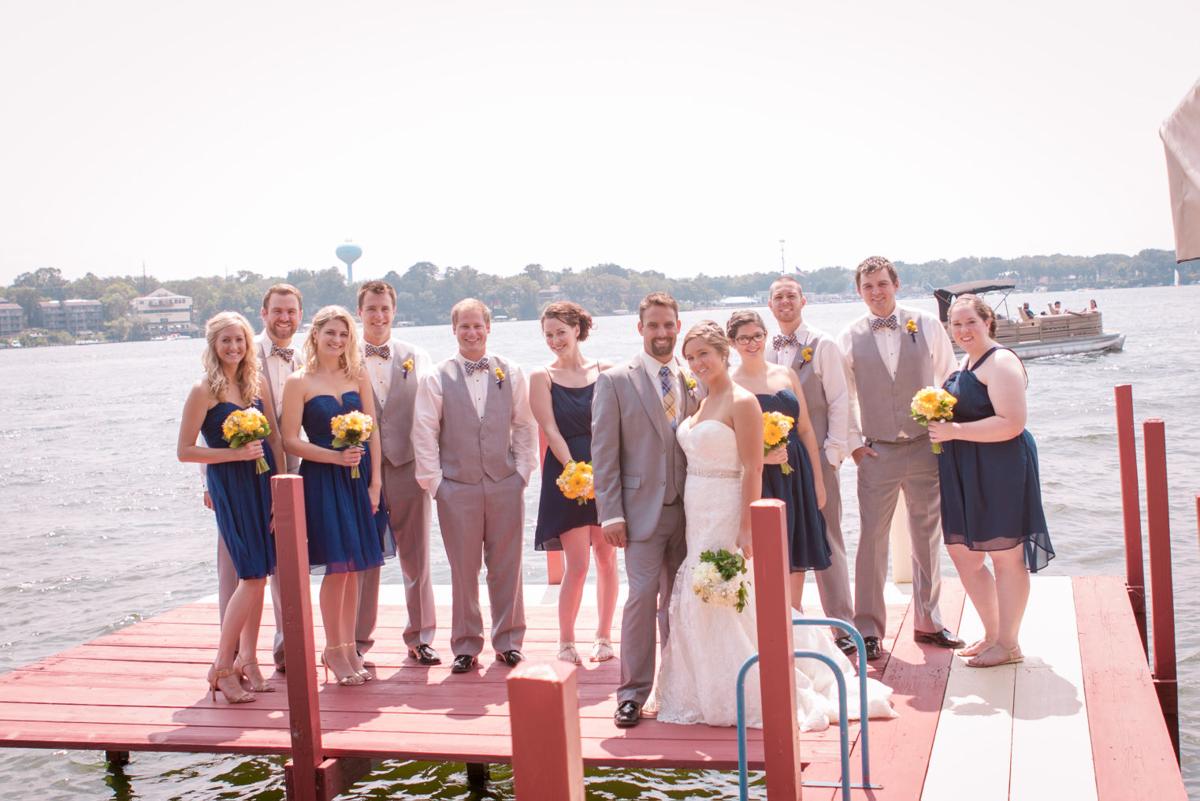 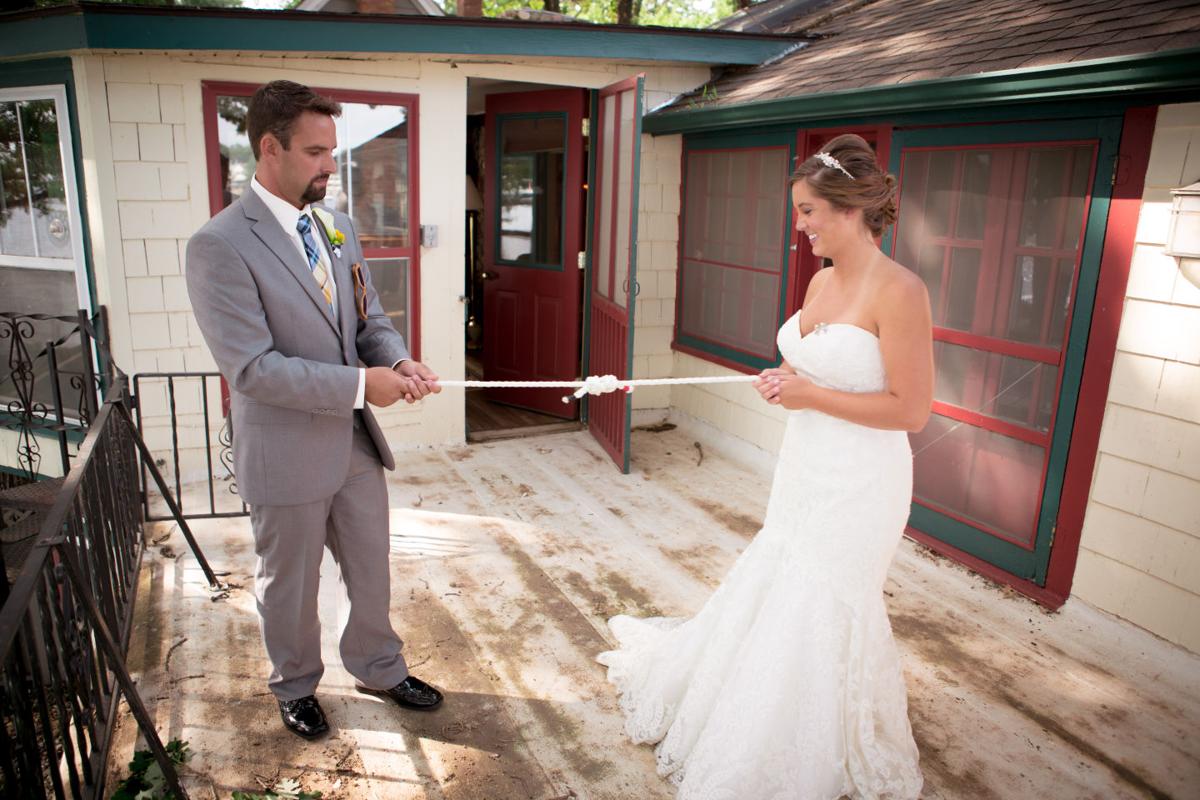 On their wedding day, Nick and Brittany Christensen tied the knot.

Or at least they tried to.

To go along with the couple’s nautical theme, they had decided to literally tie a knot during the wedding ceremony. While they had been able to do it during practice, when it came time to show off their knot-tying skills in front of about 150 of their closest family and friends, the knot would not be tied.

But no worries, by the end of the wedding ceremony that took place at one of the Iowa Great Lakes most legendary locations, The Chateau, the couple had indeed sealed the deal, gotten hitched, became man and wife. They had, indeed, tied the knot.

In March of 2012, Spencer native Brittany Johnson was working as a teacher’s assistant while she went to school to study elementary education.

Brittany had a co-worker who was desperately trying to set her up with a man who would be perfect for her.

One night, the ‘perfect’ guy decided to take matters into his own hands and scope out Brittany at Mineral City Mill and Grill where she was working on weekends.

Brittany looked up and there was the guy her co-worker was sure was the man of her dreams. And standing right next to him was his friend, Nick.

“I only came with because it was happy hour, but Brittany and I had a lot of fun,” Nick said.

The three made plans to hang out together that next weekend, and it soon became obvious to all three that the wrong couple was in the works.

“I tried to like his friend, but I just really liked Nick,” Brittany said with a laugh. “He was funny and really outgoing. He made everyone laugh. He made me laugh.”

Nick, who hadn’t been looking for anything serious, fell quickly for Brittany.

“She wasn’t a pushover. There were a lot of girls who would take my crap and she just doesn’t,” Nick said.

When Brittany introduced her son, Karson, 5, to Nick, the deal was done.

“I fell in love with him right away and we have good times together,” Nick said.

And that, as they say, was that.

The Spirit Lake couple got engaged in October 2013 and plans soon began for the big day.

Wedding on the waterfront

“I knew that we weren’t even going to want to go look at a different location,” Nick said of the potential ceremony location. “We knew we wanted it on the lake.”

“We have a passion for boating and I just love the water,” Brittany said.

The Chateau, also known as Seeman’s Chateau, is now owned by Nick’s boss, Butch Parks, and his wife, Debbie. Nick is a sales associate with Parks Marina, and has been working for them since he was 14 when he started his career as a dock boy.

“The house itself has this great nostalgic feel and has a lot of history to it,” Brittany said. “Plus having the wedding on the lake side of the house meant we would have Arnolds Park in the background. You can’t beat that.”

The couple settled on an outdoor, low-key wedding ceremony at The Chateau in Okoboji and reception at the Pearson Lakes Art Center on Aug. 9, 2014. But, as they say, the best-laid schemes of mice and men — in this case of brides and grooms.

There was some stress with the delivery of the chairs for the ceremony when they didn’t show up on time and none of the tuxes fit. When you throw in a parking fiasco and Nick ending up with a broken hand, the idea for a completely stress-free wedding went out the window.

But, for the most part, the pair decided to take things in stride.

To represent their shared love of being out on the water, the couple chose a nautical theme that was showcased in the colors for the wedding — blues, yellows and white.

At five o’clock the five groomsmen lined up with Nick in their grey tuxes sporting blue and yellow bowties to match Nick’s necktie.

The women wore short, navy dresses in whatever style they felt the most comfortable in.

Brittany’s son Karson walked down the aisle with a sign that read: Here comes my mom. Brittany followed in her lace fit-and-flare wedding dress that featured a sweetheart neckline and a low-V in the back.

The wedding was short, just like the couple wanted, and was officiated by deejay Crash Davis from Omaha, who is a friend of Nick’s parents.

And then it came time to tie the knot, and it just wouldn’t work.

“We practiced beforehand and it worked but we just couldn’t do it during the ceremony,” Brittany said.

Tying the knot aside, the couple ecstatically transitioned from the lakeside ceremony to the reception at Pearson Lakes Art Center.

Guests enjoyed a catered dinner, but a real highlight of the food offerings during the reception came later in the evening when Nick’s mom pulled out her famous carnitas.

To keep things on the fun side, the couple had cupcakes instead of a regular wedding cake. Four different flavors were offered: salted caramel, lemon cream, chocolate marshmallow and vanilla.

They did have a small cake to cut, but the newly married couple was having too much fun and forgot to actually cut it.

When it came time for their first dance, the Christensens chose a song that was extra special. “Our first song was ‘Sideways’ by Citizen Cope,” Brittany said. “I love Citizen Cope and when we met, Nick actually knew who he was. That’s one of the reasons I fell in love with him.”

Every wedding is unique and with The Chateau as a ceremony location, a broken hand, a deejay as an officiant, and the couple’s inability to tie the knot, the Christensen wedding was truly one of a kind. 

Check out more photos of the Christensen wedding and other photo galleries at http://www.nwestiowa.com/okoboji_magazine/okoboji_photos