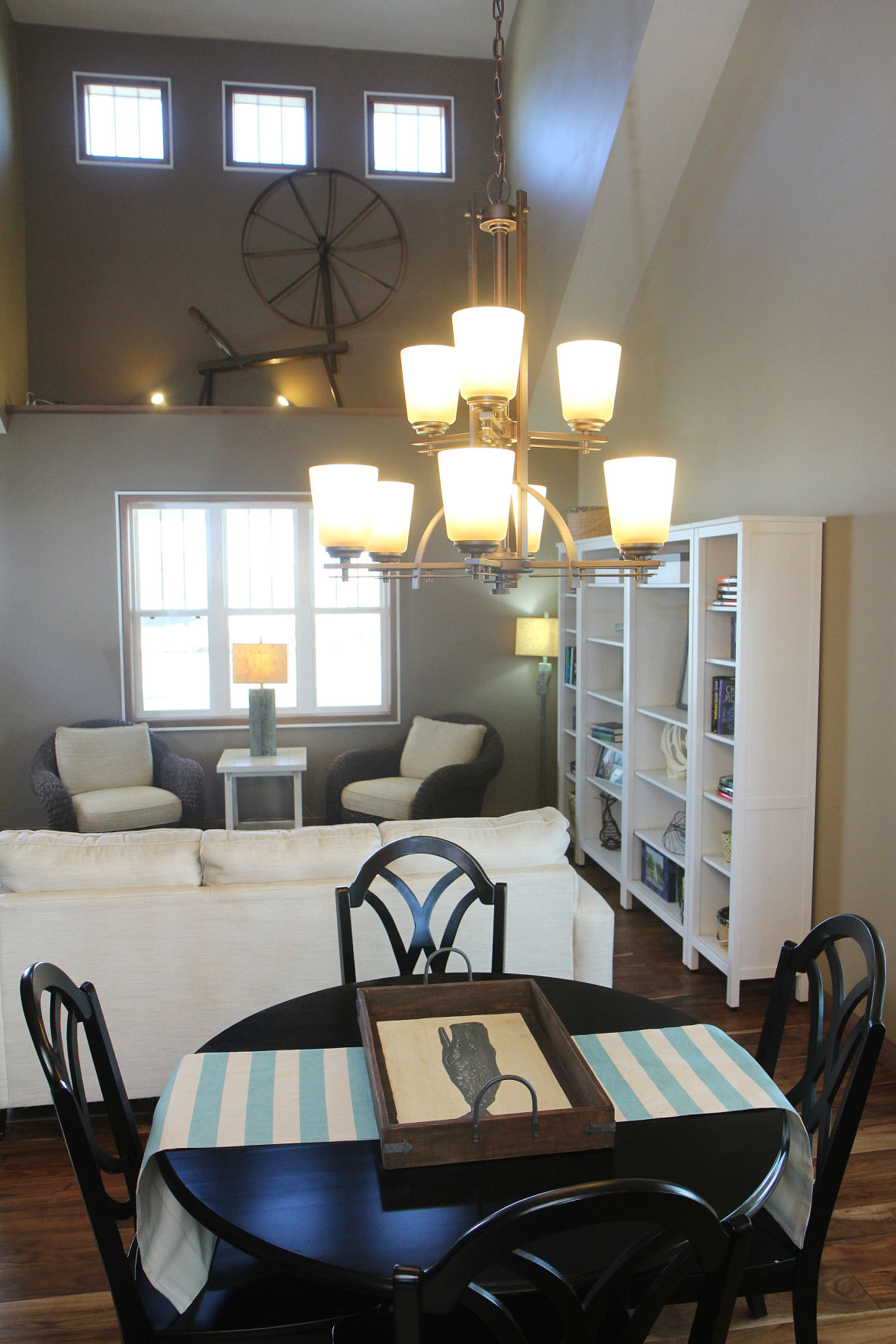 This home has the modern amenities of a new home, but it’s unique  because it can produce all the energy it needs. 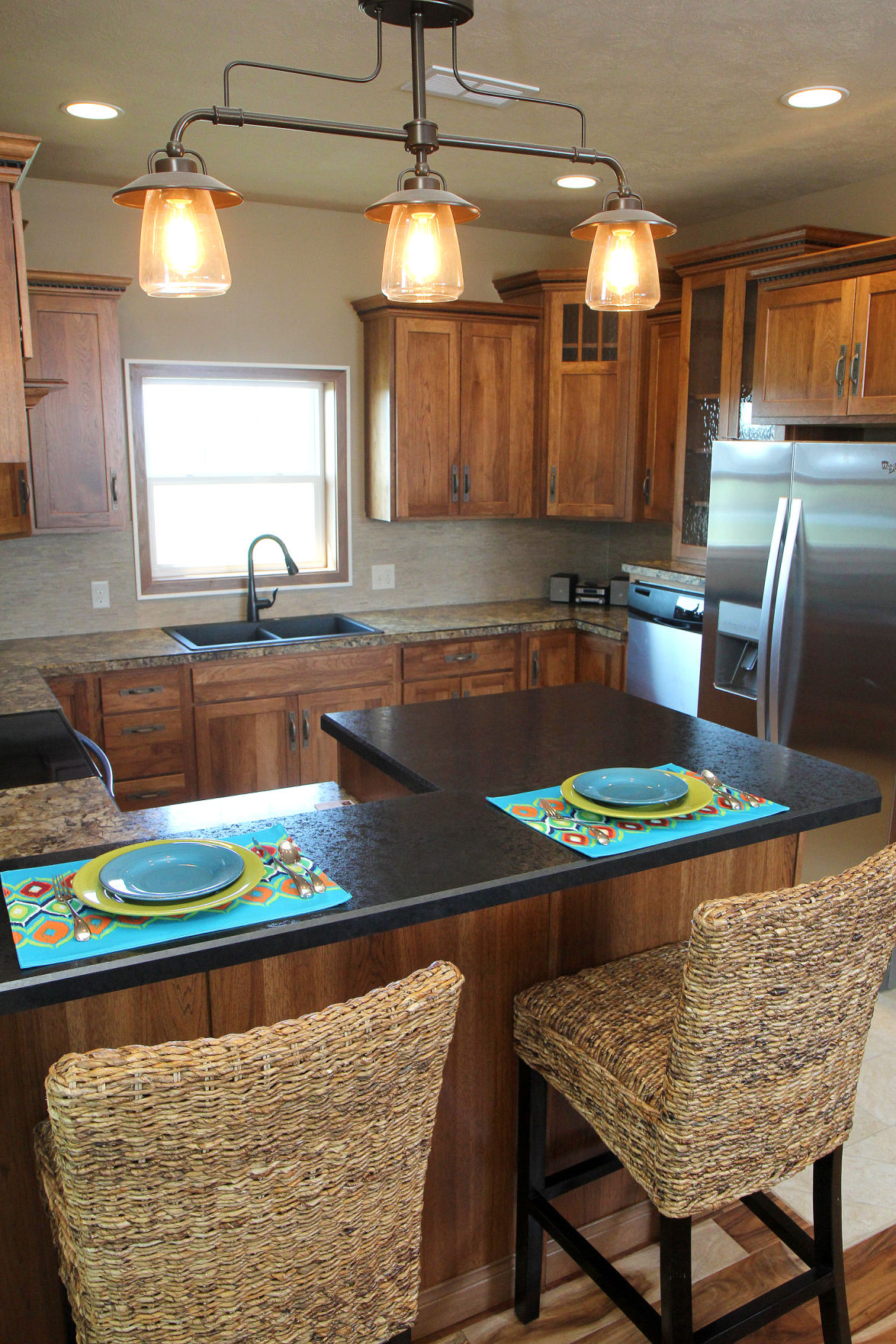 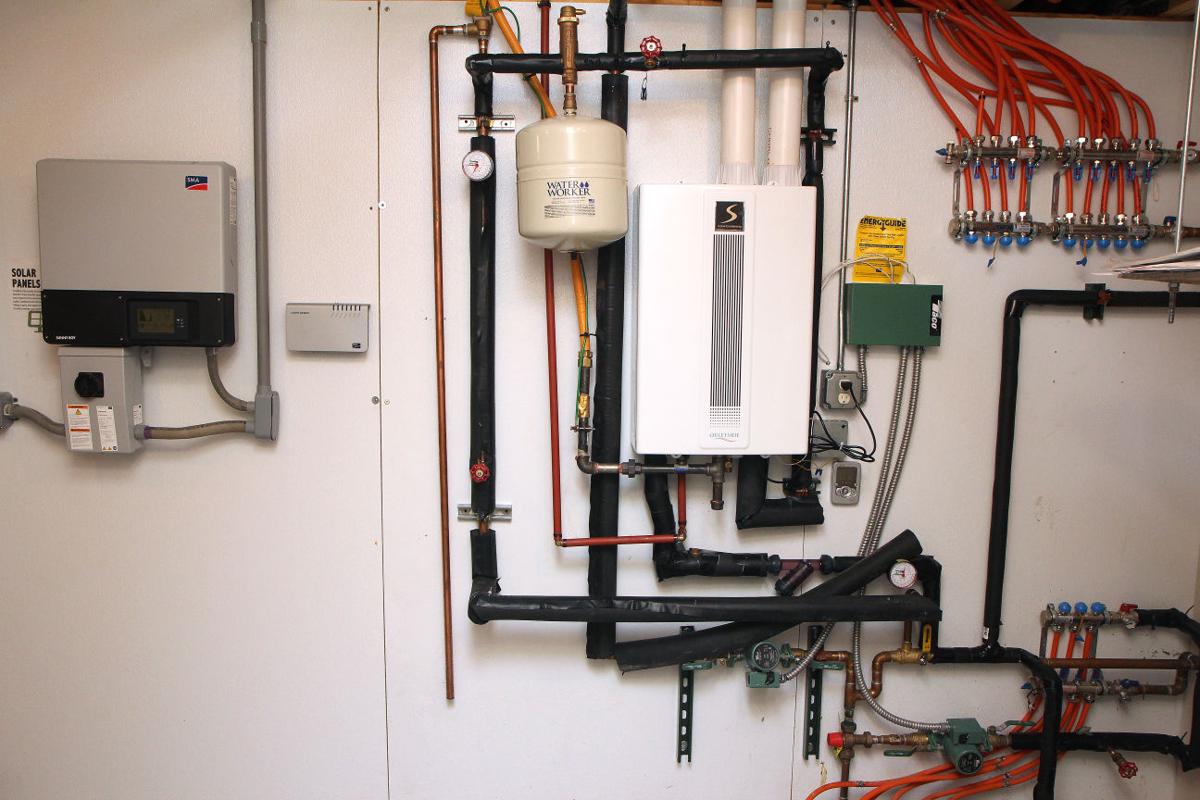 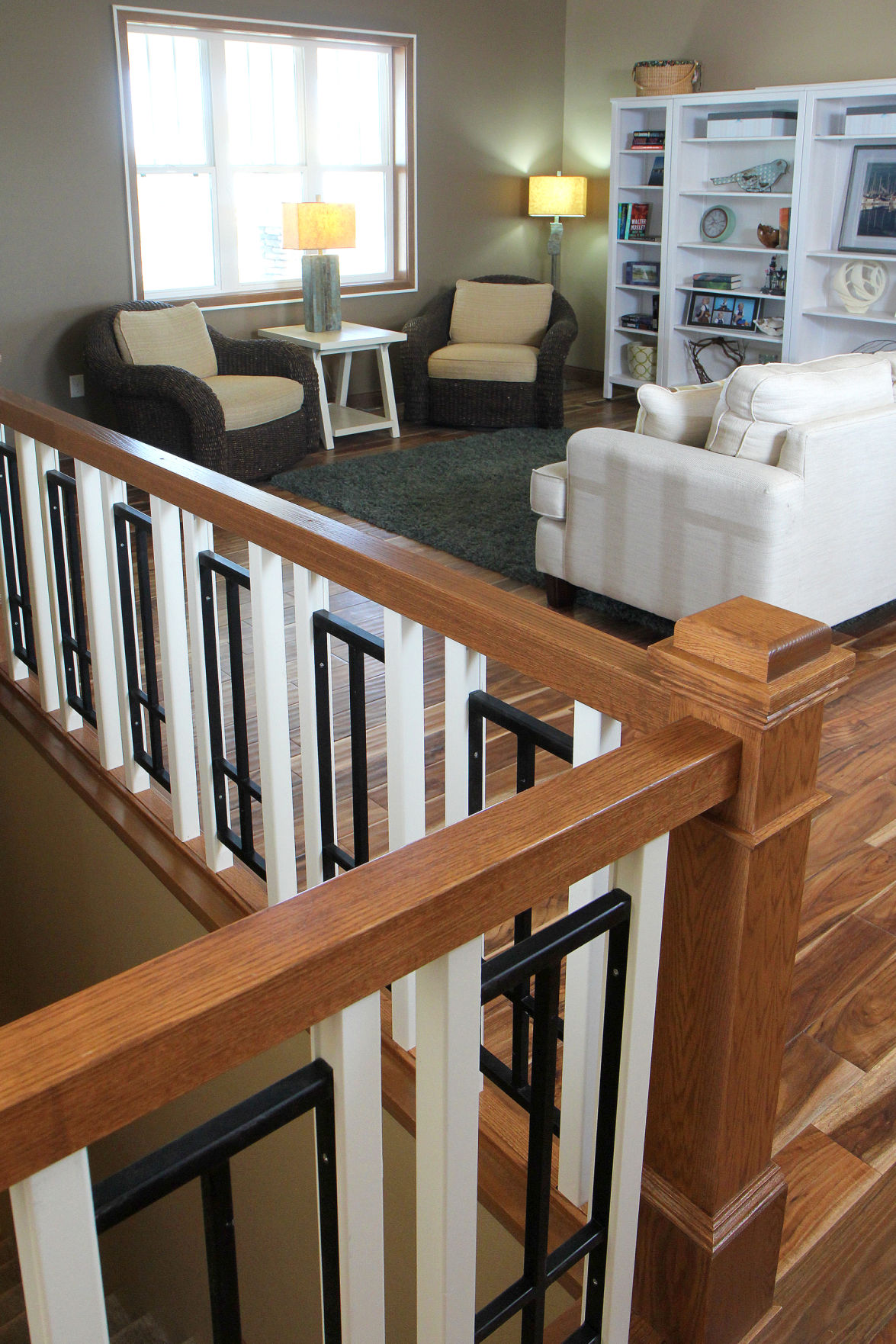 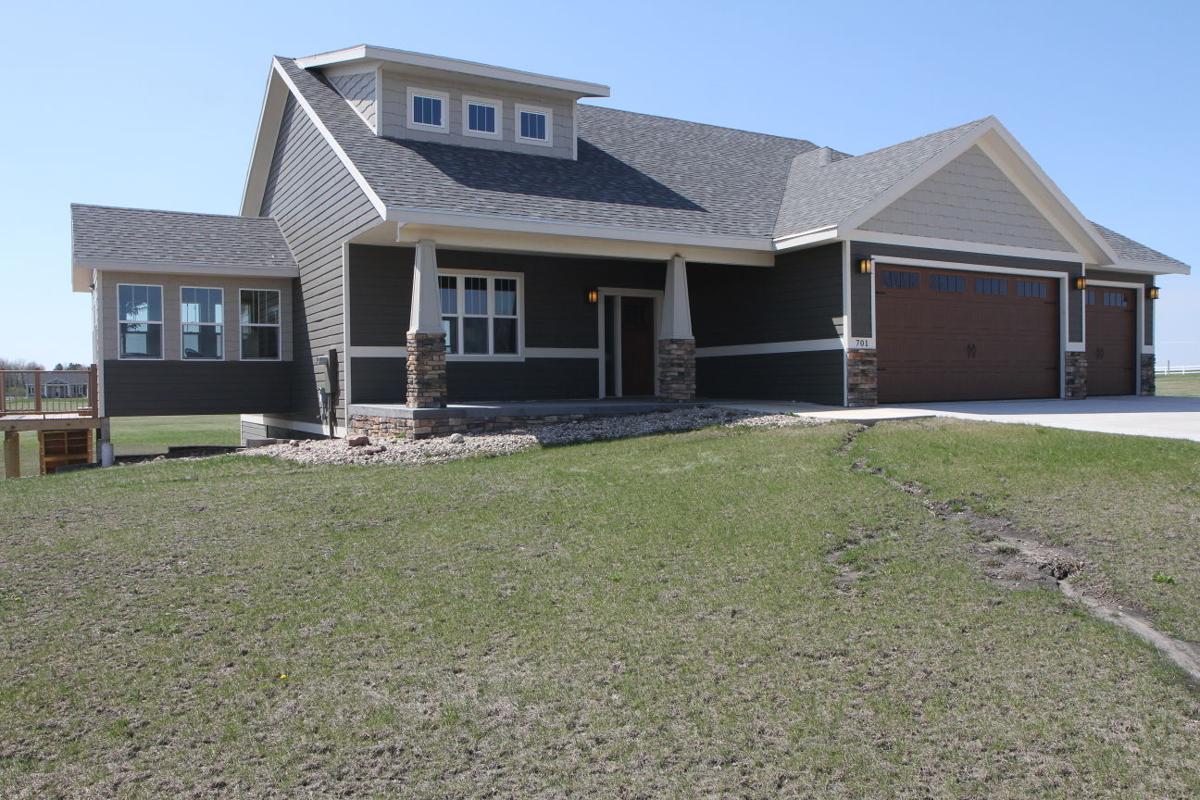 This home has the modern amenities of a new home, but it’s unique  because it can produce all the energy it needs.

When Jim Johnson built the home at 701 38th St. in Spirit Lake, he decided to take building green to the next level. He didn’t just take it up one notch. Johnson took it all the way to the rooftop.

He built a house that has the potential to produce as much energy as it uses. One of the key features to accomplishing this goal are the solar panels on the roof.

Johnson, the owner of Healthy Efficient Homes, based out of Sioux Falls, SD, built this U.S. Department of Energy Zero Energy Ready certified home in 2014 in the Ridgeview Farms development. The two-story home is 3,048 square feet with four bedrooms and three bathrooms. And every detail about the construction of this house was chosen to make it more energy efficient.

Everything from the ground up.

The heating for the house comes from the in-floor water heating system. The energy to heat that water is produced by a solar panel on the roof. A solar panel heats the water for use in the in-floor heat as well as for all the hot water used throughout the rest of the house.

An additional 4 kW solar photovoltaic solar array will produce an estimated 5,194 kWh/year. This energy can be used to power anything electric in the house.

Due to the water savings alone, the house has been EPA WaterSense certified.

“Water is just too valuable,” Johnson said. “We can’t keep throwing it away.”

To this end, all of the home’s faucets are low-flow and all of the toilets in the three bathrooms are dual-flush.

The insulation in the walls of the home and all the windows were chosen because of their high efficiency ratings. As was the home’s HVAC system.

It has three separate cooling zones as well as three indoor air handlers. The systems allow you to more effectively cool the home. The bedrooms can be cooled to a different temperature than the main living area for example.

In the bath rooms, Johnson seeks to harness the sun in another capacity. He installed solar tube lights (which are the same idea as a skylight, but not nearly as large.) These solar tubes provide a lot of ambient light during the daytime hours.

The attention to detail goes beyond just the idea of efficiency in the house. The home is, well, homey.

It features an engineered arcadia hardwood floor throughout the living area that ties the space together. The living space also features 24-foot high ceilings and the open floor plan flows from the entry to the living room to the dining table, kitchen and beyond that — a four season porch.

The railing along the staircase was personally designed by Johnson himself and adds some character to the home.

Johnson does acknowledge that building this way, even though it is more efficient, it is also more costly in the beginning. But he is adamant that in the long run, the homeowner will save money.

This net zero home is projected to save $20,330 in the homeowners’ utility bills alone at the current rates over the next 20 years.

“You are not going to save today, but you will save tomorrow,” Johnson said. 

More about the builder

When it comes to the construction business, it is safe to say that Johnson has been around the block a few times. He has been in the construction business since he was 14 years old when he started helping his dad roofing. After a few other career choices, Johnson eventually returned to his roots and started building homes. He has built 200 homes and is firm in his belief that homes should be built with a lot, if not all, of these energy efficiency options.

“I would encourage anybody to do it,” said Johnson. “The DOE requirements definitely add value to the home.”

His business, Healthy Efficient Homes, doesn’t just build homes. They seek to move more into the role of consultants for designing new homes or remodeling projects. They are a certified NAHB Green Builder.

From the June 2015 edition of Okoboji magazine.