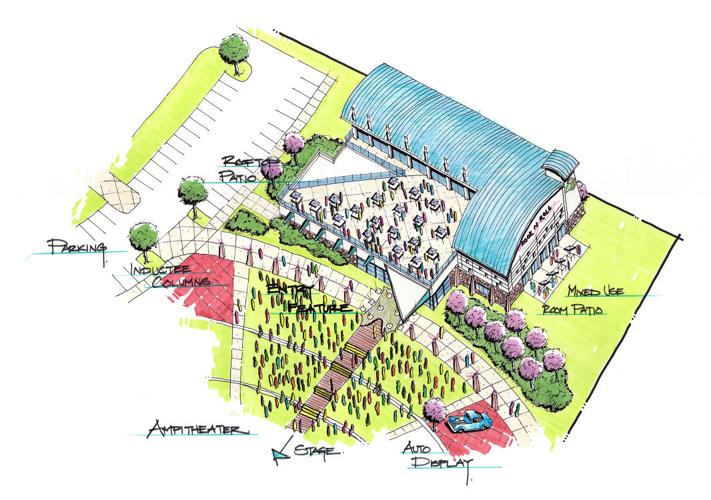 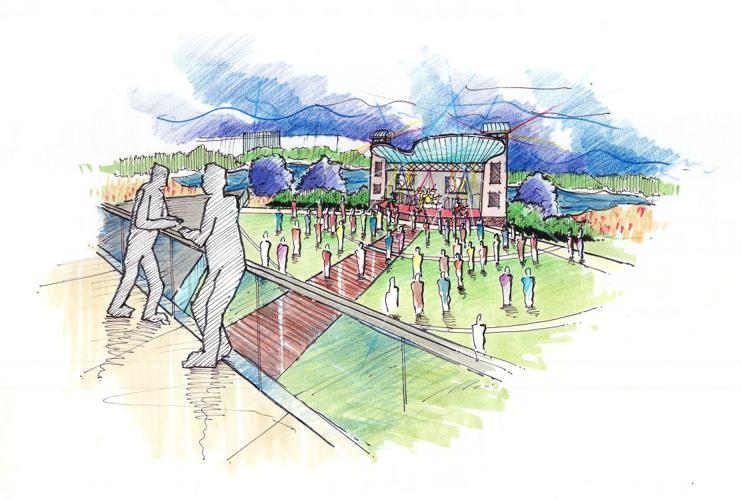 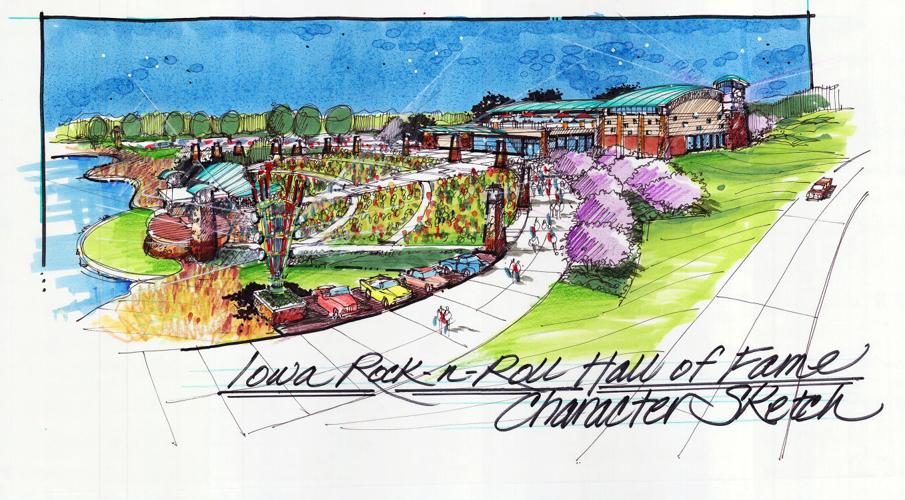 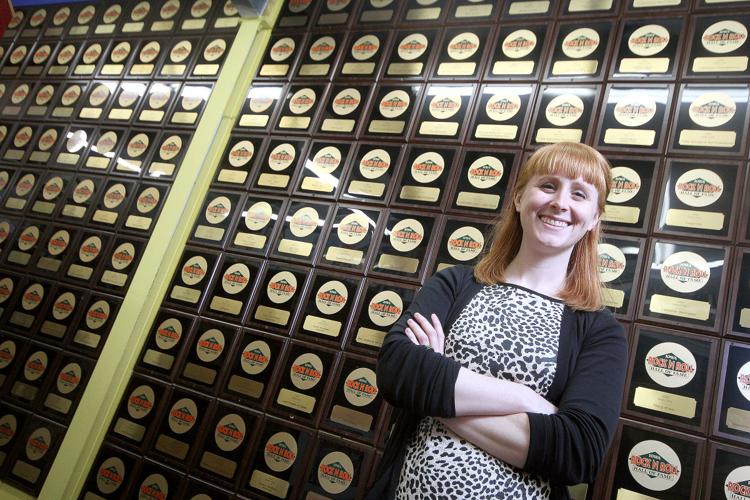 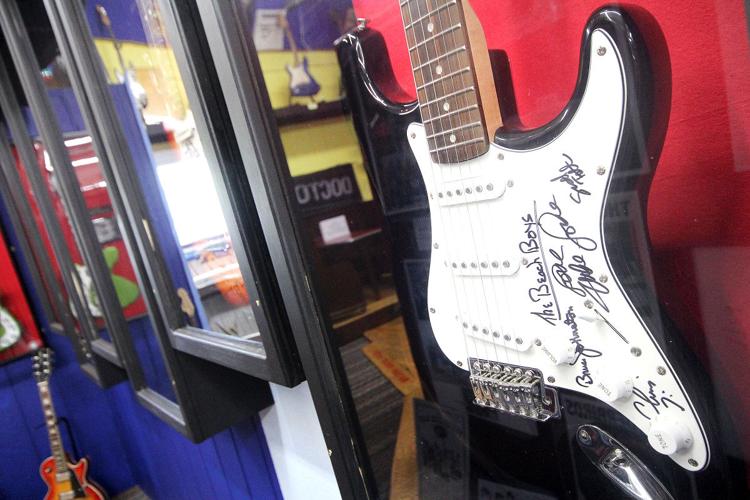 Space is tight at the Iowa Rock ‘n’ Roll Museum. Emphasis on the word tight.

The mission of the Iowa Rock ’n’ Roll Music Association is to retain and honor the legacy of rock ‘n’ roll music and preserve the history of music in the state of Iowa. That’s a tall order with only 850 square feet of museum space.

“We have a storage facility off-site that has three times the amount of memorabilia than what we are able to show now,” said Jenna Hardy Pedersen, the executive director of the Iowa Rock ‘n’ Roll Music Association.

Over the years the museum has worked with different museums across the country to bring new and interesting exhibits to Iowa. Unfortunately, due to the limitations of the current museum, many of those exhibits can’t come.

The current museum space is not accredited and really isn’t able to be with the high standards that are set up for museum accreditation. For example, an accredited museum has to be able to control temperature, ultra-violet light and moisture. There also needs to be designated work space and an unloading and loading space.

“Right now, we don’t have any space for unloading loaned items. We have to close down the museum to unload and set up new exhibits,” Hardy Pedersen said.

Hardy Pedersen says that the main intent of the museum isn’t being fully realized in the current location. “Iowa has always been a large supporter of music so we have years and years of history to preserve. Our job and our goal is to honor that history to the best of our ability and we can’t do that in this space,” she said.

So with that impetus, the museum staff and the board of directors of the Iowa Rock ‘n’ Roll Music Association took a flying leap last summer. After looking into a lot of options including maybe even relocating the museum to a different region in Iowa, there is now a plan in the works for a new location.

The new location will take their square footage from 850 to 12,000. The 12,000 square-foot, one and a half story building will include areas designated for permanent and temporary exhibits, loading and unloading space, work rooms and a retail space.

“We also hope to include some interactive exhibits where people could watch films, play some instruments and even lay down some tracks with reproductions of old recording equipment,” Hardy Pedersen said.

The new designs also include an outdoor patio area on the second level and an outdoor concert space that will seat 1,500.

With the new space, Hardy Pedersen says that one of the most important goals is to get accreditation.

“Having a new space and being accredited will allow us to bring those ‘wow’ exhibits from all over the nation, like the Hard Rock Café in Las Vegas and the Rock and Roll Hall of Fame in Cleveland, to Iowa so the people here can see,” she said.

The land for the new location was donated by Toby Shine and will be in West Okoboji, just off Iowa Highway 86 next door to Shine’s Okoboji Classic Car Museum.

For Hardy Pedersen, having the Okoboji Classic Car Museum located adjacent the Iowa Rock ‘n’ Roll Museum makes as much sense as peanut butter and jelly.

“What goes better with rock ‘n’ roll than vintage, classic cars?” she asked.

The new building project will proceed in phases and Hardy Pedersen says they hope to complete all of the phases in three to five years. They are currently on phase one. Fundraising.

As there haven’t been any specific bids for the construction of the project, there are no firm numbers in terms of the amount of funds needed to be raised. Hardy Pedersen estimates that the project, in general terms, will cost more than $1 million but less than $10 million.

As the museum is a non-profit organization, the funding for the project will be raised with grants, private donations and naming rights. Businesses could also choose to donate their services or goods to the project.

As momentum behind the project begins to grow, Hardy Pedersen is quick to point out that even though they are planning to move the main museum, they by no means want to cut ties with Arnolds Park Amusement Park.

“We have been extremely fortunate that Arnolds Park Amusement Park has been so supportive. It is not our intention to break away from the park. The park itself has a lot of great history with music and we will continue to be as supportive of them as they have been of us.”

According to Hardy Pedersen, the Iowa Rock ‘n’ Roll Museum plans to keep the current location in the heart of Arnolds Park open for as long as they are able even after the new location is complete.

Top 10 Coolest Things At the Museum

3. Elvis photo with Lloyd Acerkman (Photo taken when they served in the army together in Germany in the late 1950s. Attached to the photo is a piece of paper where Elvis wrote his address so he could stay in touch with his army buddies; the photo has never been released to the public.)