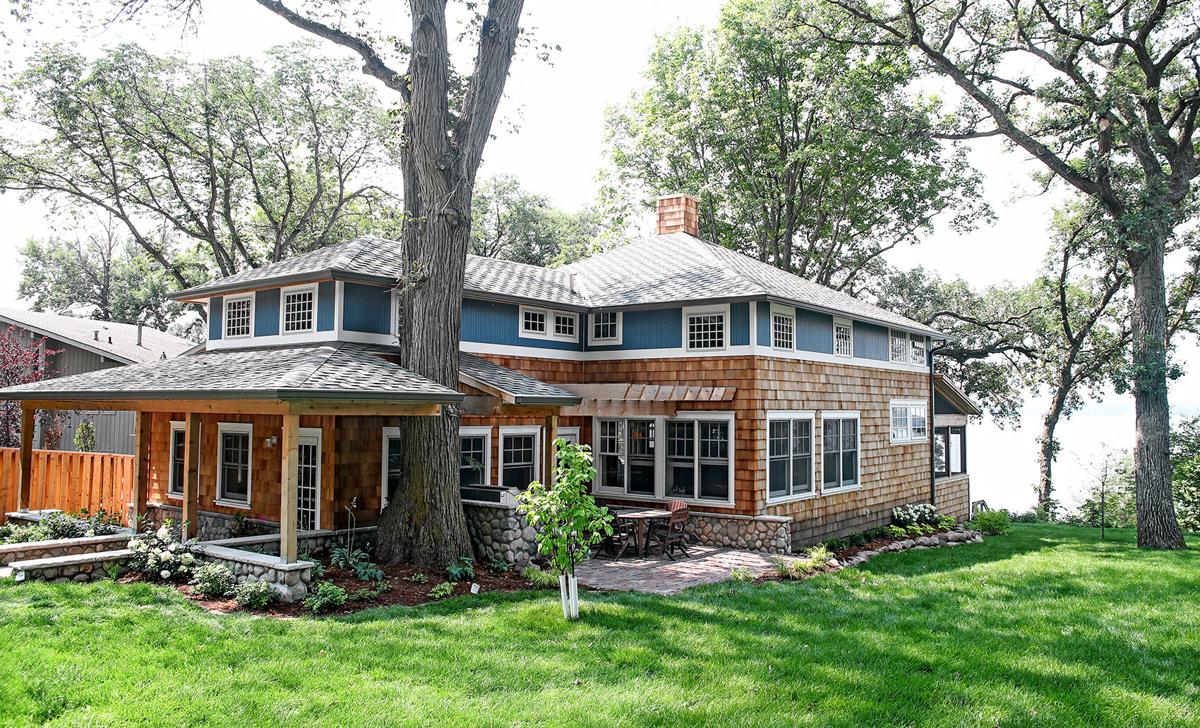 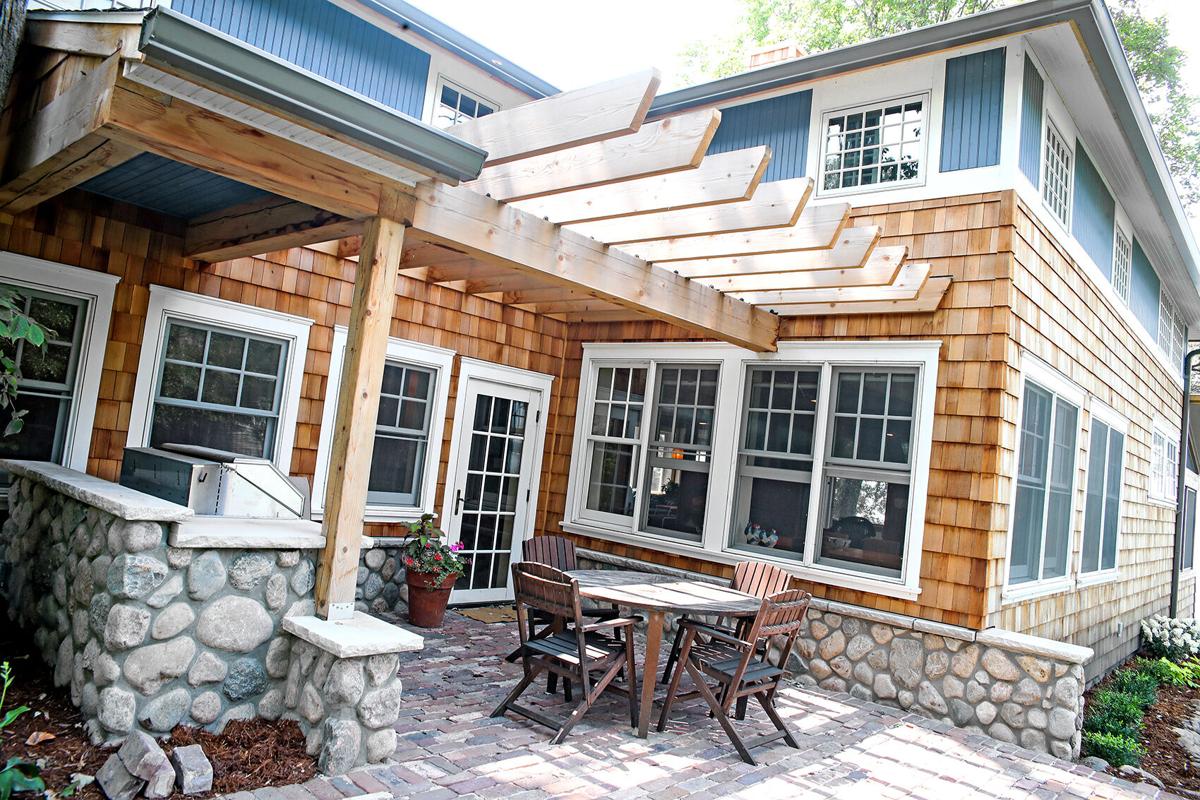 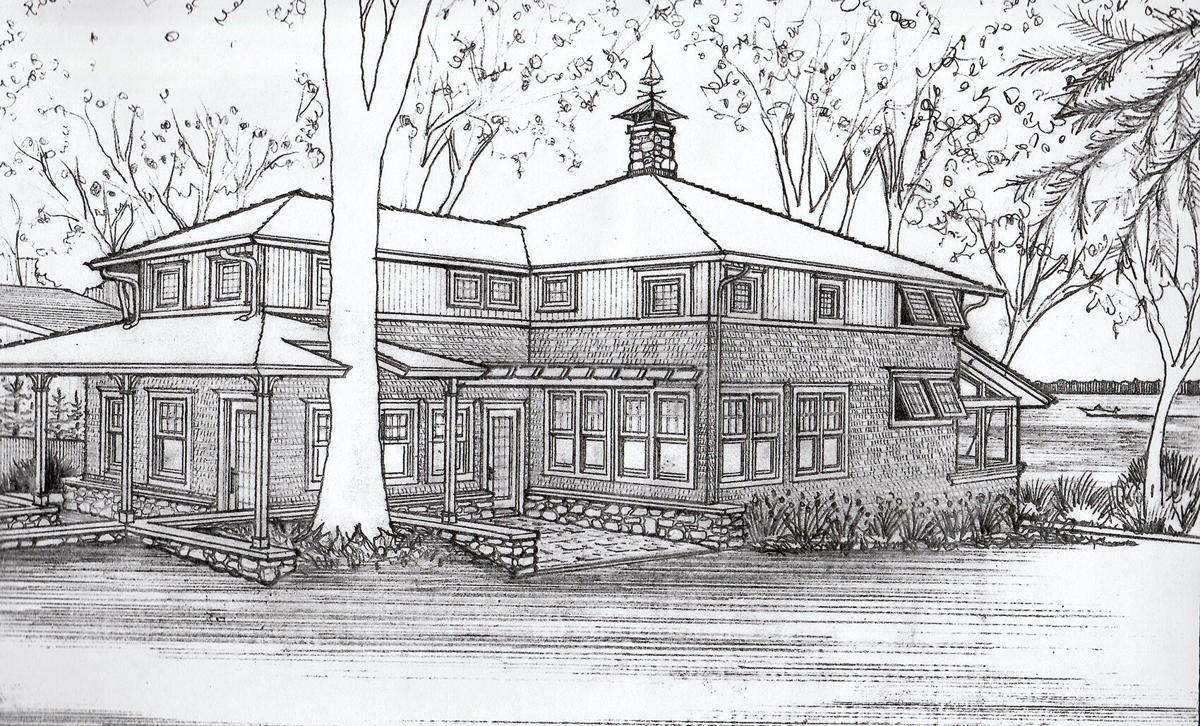 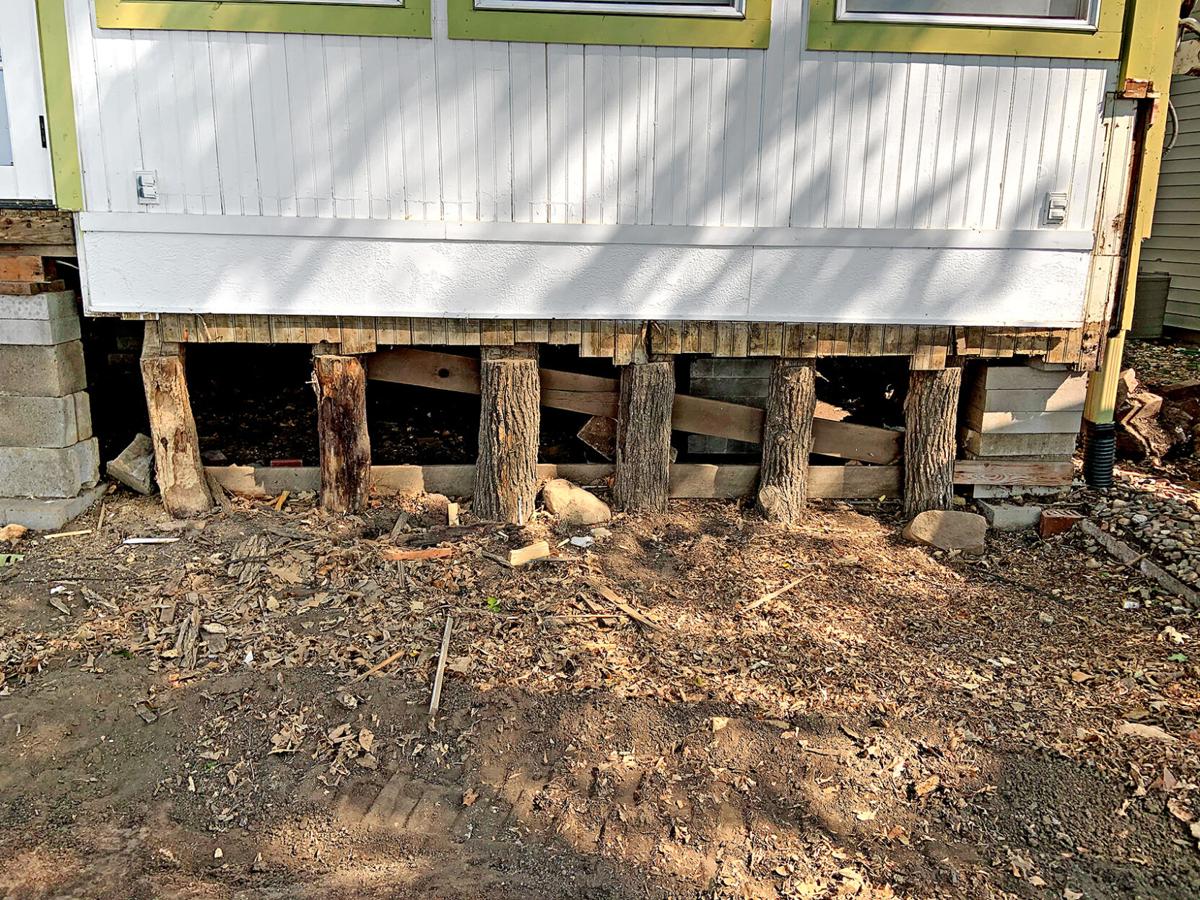 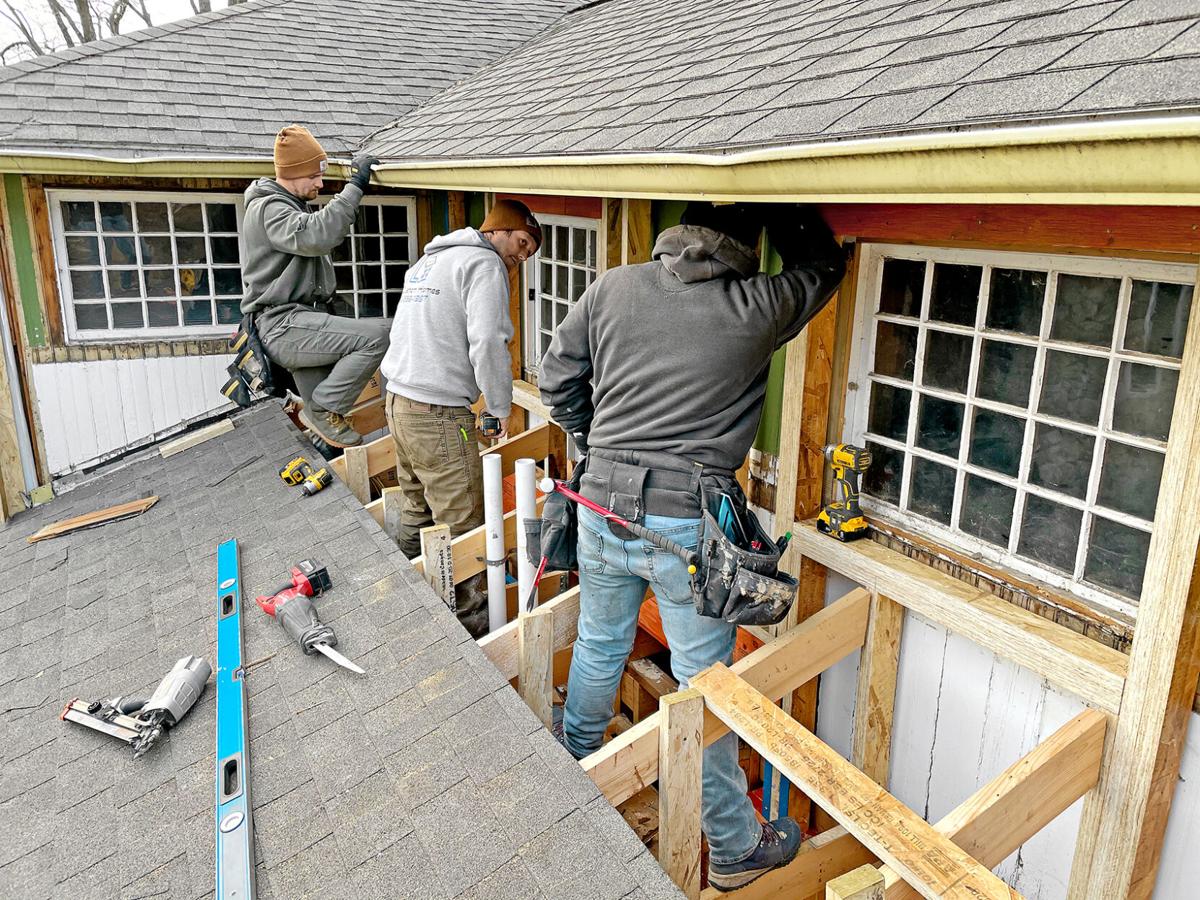 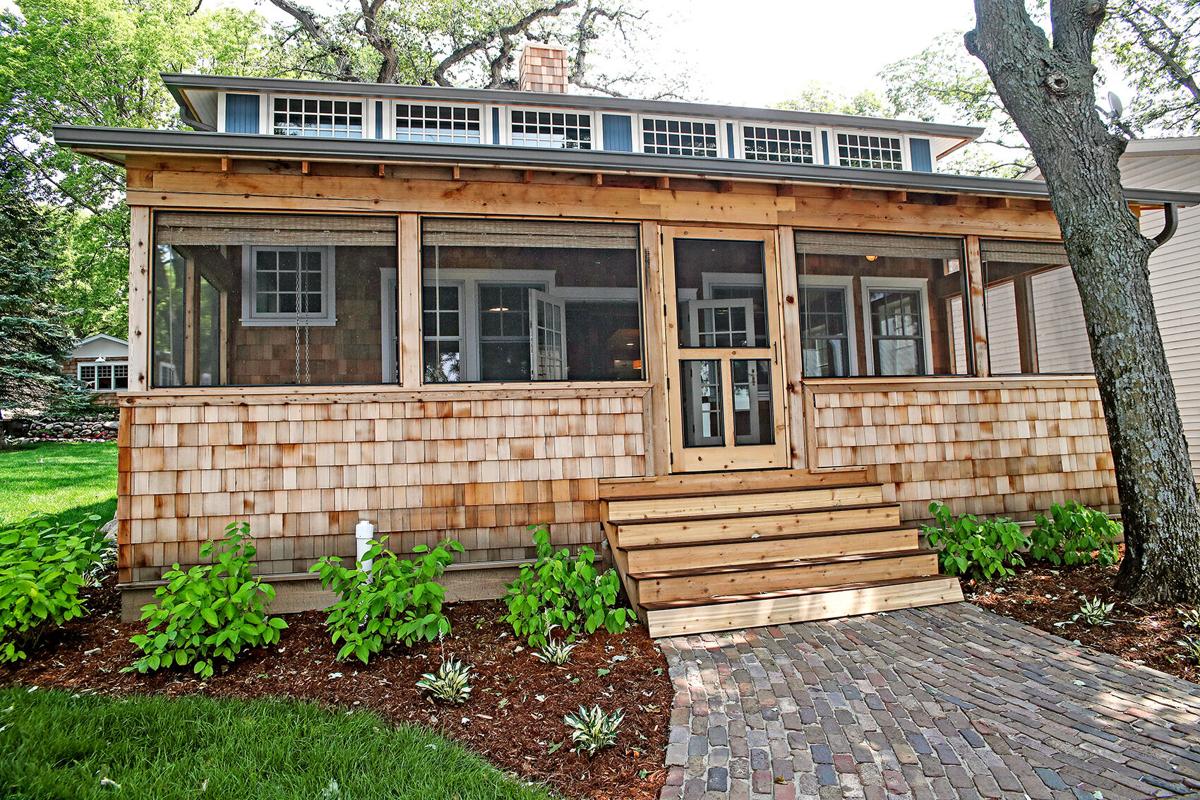 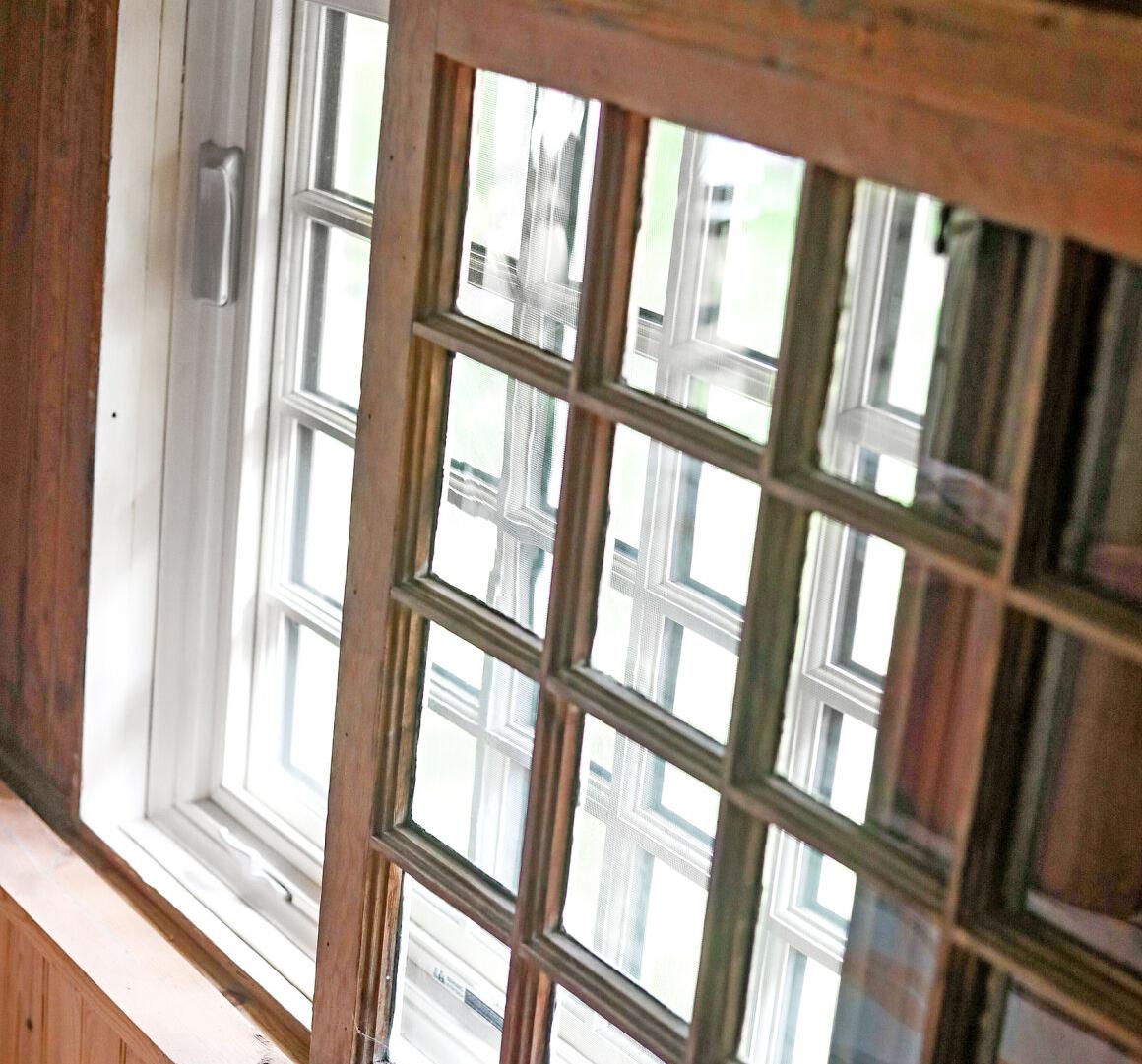 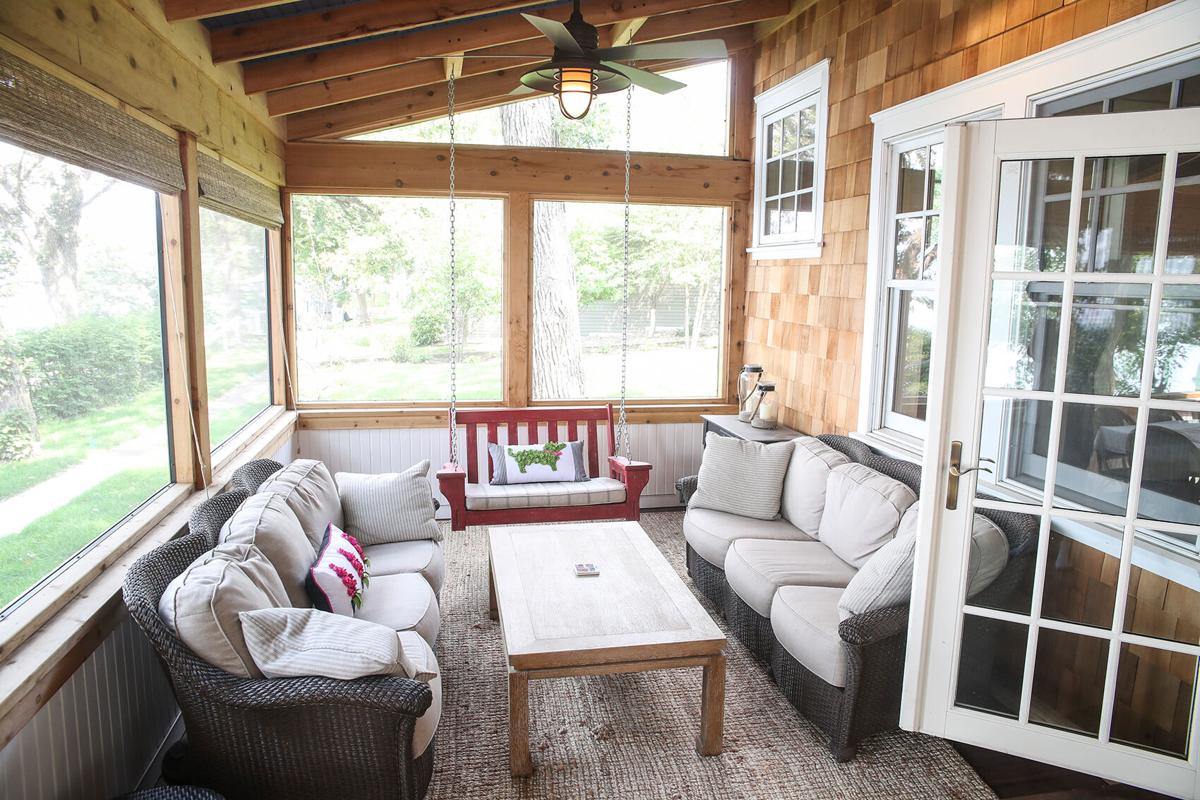 An afternoon breeze wafts through the screened porch of Bill and Kate Duhamel’s summer home near Atwell Point on West Okoboji Lake. Despite the heat and humidity, it’s a relaxing place to sip a cold beverage and catch up with friends.

Catching up with friends is something Kate looks forward to each summer at Okoboji, a place she has spent at least a portion of the warm-weather months ever since she was a child.

But in 2020, during the height of the COVID-19 pandemic, the Duhamels traveled from California to Okoboji earlier in the season than they normally do and were treated to anything but warm weather.

“We wore down coats in the house,” Kate recalled, which led them to a conversation of the possibility of winterizing the property.

When the Duhamels purchased the property in 2004 there were serious structural issues to deal with. Their contractor got the home off its tree-trunk foundation, renovated the kitchen and bathrooms and upgraded plumbing and electrical.

Heating and air conditioning weren’t part of the plan, and the home served the family perfectly for the next 16 years.

As they shivered through last year’s cold spring, Bill and Katie also recognized they were at a point in their lives where they could spend longer stretches of time at Okoboji and take advantage of technology to work remotely. The idea to winterize took hold.

The Duhamels shared their idea with an architect friend, John Leusink from Des Moines, who created a pencil sketch of their vision that retained the character of the home while accommodating a few minor changes and additions.

Knowing that Lee Custom Homes had an interest in old home preservation, Bill and Kate reached out to Derek and Dan Lee to see what could be done.

While many lake cottages have been updated, winterized and modernized in a variety of ways, the Duhamels added a unique challenge to their contractor: don’t change anything on the inside.

Their cottage, built in the late 1800s, still had its original 20-pane windows, beadboard walls, hardwood floors and brick fireplace. The Duhamels feared changing the interior would destroy that charm and character they loved so much.

As Derek and Dan began to formulate a plan, they also had the limitation that the home was not built with traditional framing techniques, and there were no open wall cavities for insulation or duct work. That led them to one conclusion: the winterization would have to happen from the outside in.

“We knew it would be challenging,” Dan said, which became rather an understatement as the project progressed.

“It was like building a house inside out,” Derek added.

First on the project list was to ensure stability of the home. Working around the perimeter of the structure, footings had to be hand-dug. The vulnerability of the old home with its pole-barn type construction meant they couldn’t lift the structure for traditional excavating.

“It’s nothing short of a miracle that it survived this long,” Dan said, crediting the work done 15 years ago for the fact the house was still standing.

After the new foundation was complete, floor beams were replaced one at a time as work progressed. Next up was wrapping the entire structure in house wrap, then framing a two-by-four shell around the outside and securing it to the old structure.

Duct work was added from the outside, followed by rigid insulation, foam insulation and finally sheeting in preparation for the exterior siding and shingles.

“The biggest challenge was framing a square house around a twisted, warped house,” Dan said.

Each cut, each piece, each measurement had to be customized so the new shell would be square and plumb. It proved a test in patience.

“We had the right people involved that shared our end goal,” Dan is quick to acknowledge. “It was very much a team effort.”

Aside from air returns and vents, the only evidence from the inside of the new shell of the house is extra-deep window sills. Custom-made windows were built to match the old ones. From the outside it’s nearly impossible to detect the presence of two layers of windows.

One area Derek and Dan weren’t able to preserve but instead had to recreate was the lakeside screened porch. The work matches the remainder of the house so perfectly it’s hard to tell the difference. A small set of stairs from the house into the porch can be moved, allowing access to a crawl space.

Renovations of a small garage on the property were also completed, adding a garden shed and office space for Bill.

While the original house was cream, green and gold, Kate opted instead for a period-appropriate shade of blue. Leaving the cedar shingles untreated means they will eventually weather into a silvery-gray color.

The project took about nine months to complete, beginning in September of 2020.

Landscaping had to be removed for equipment access to the property, but most of those elements were returned to the way they had been. Old brick pavers, bearing the stamps of many companies, were salvaged, cleaned and reused as the landscape elements went back in.

Looking at the home as the finishing touches were being added, Dan summed up their objective: “We tried to preserve everything, but make it look like it would have when it was built 100 years ago.”

Now there is no fear of heaving when the ground freezes and thaws, there’s no daylight visible through gaps in the wall, and rain and snow don’t find their way inside during bad weather.

In addition, the home’s character remains intact, preserving for the Duhamels the lakeside escape they’ve loved for the past 16 years.

The family welcomes the change of pace from their daily lives in San Francisco.

“It’s definitely a family happy place,” she added. “I think we’ll have this home all of our lives. I’m so happy with it.”