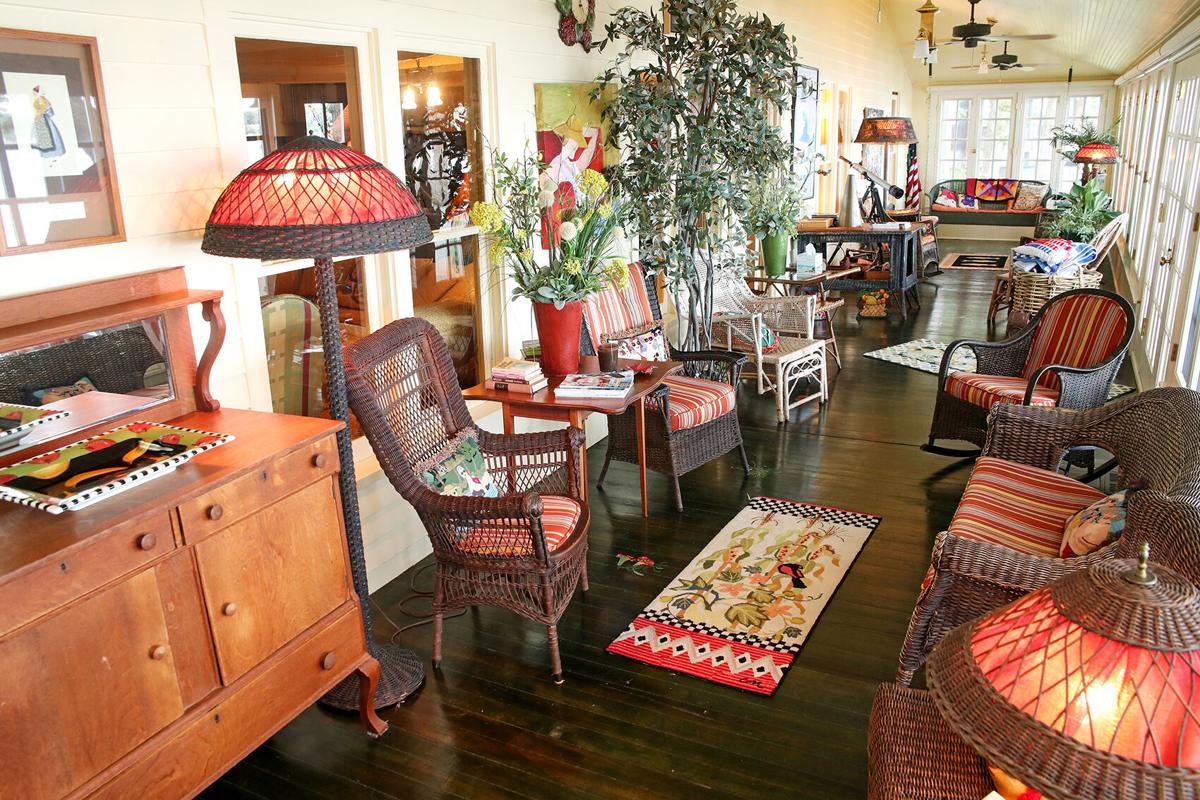 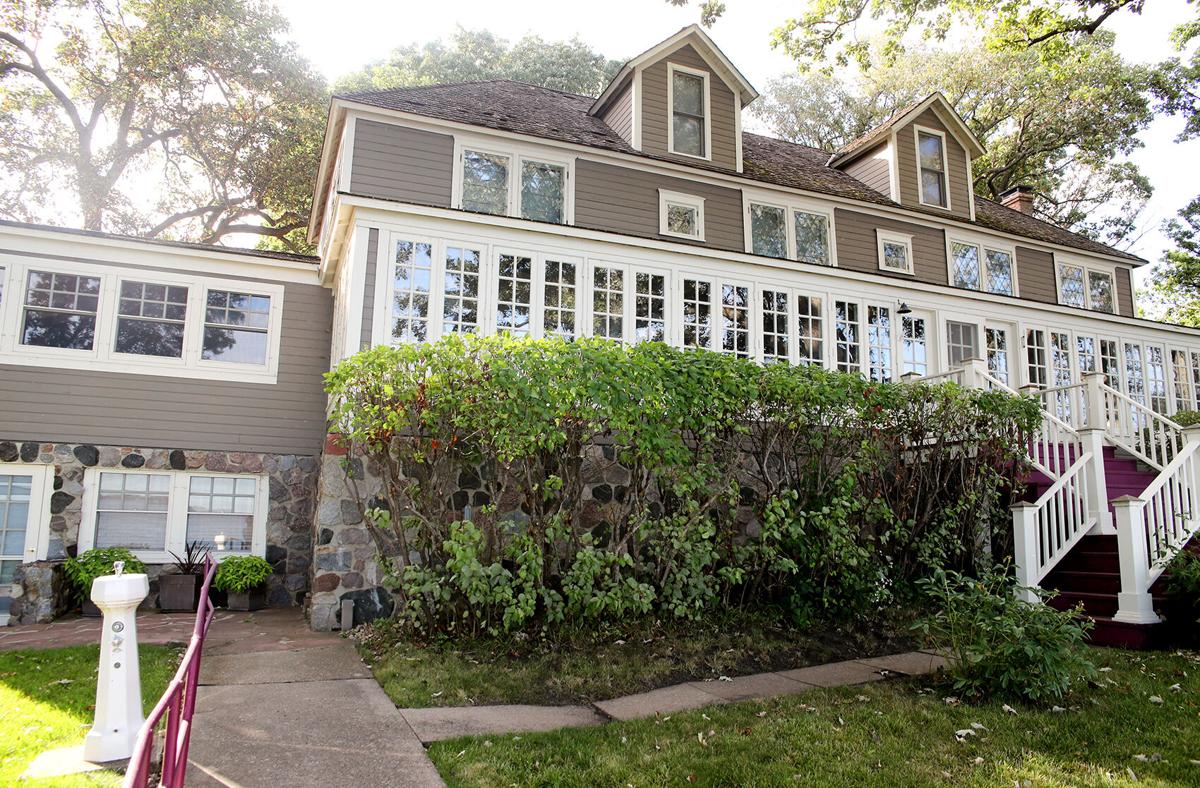 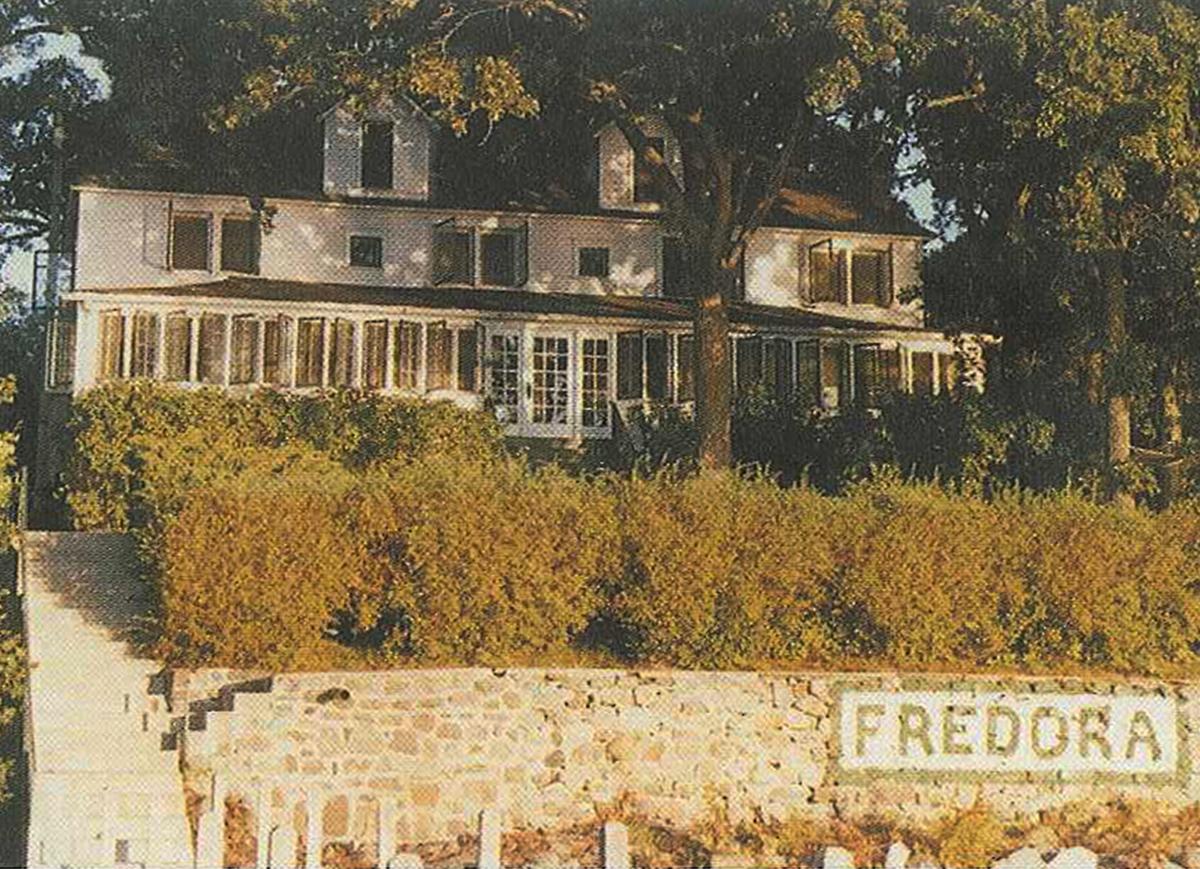 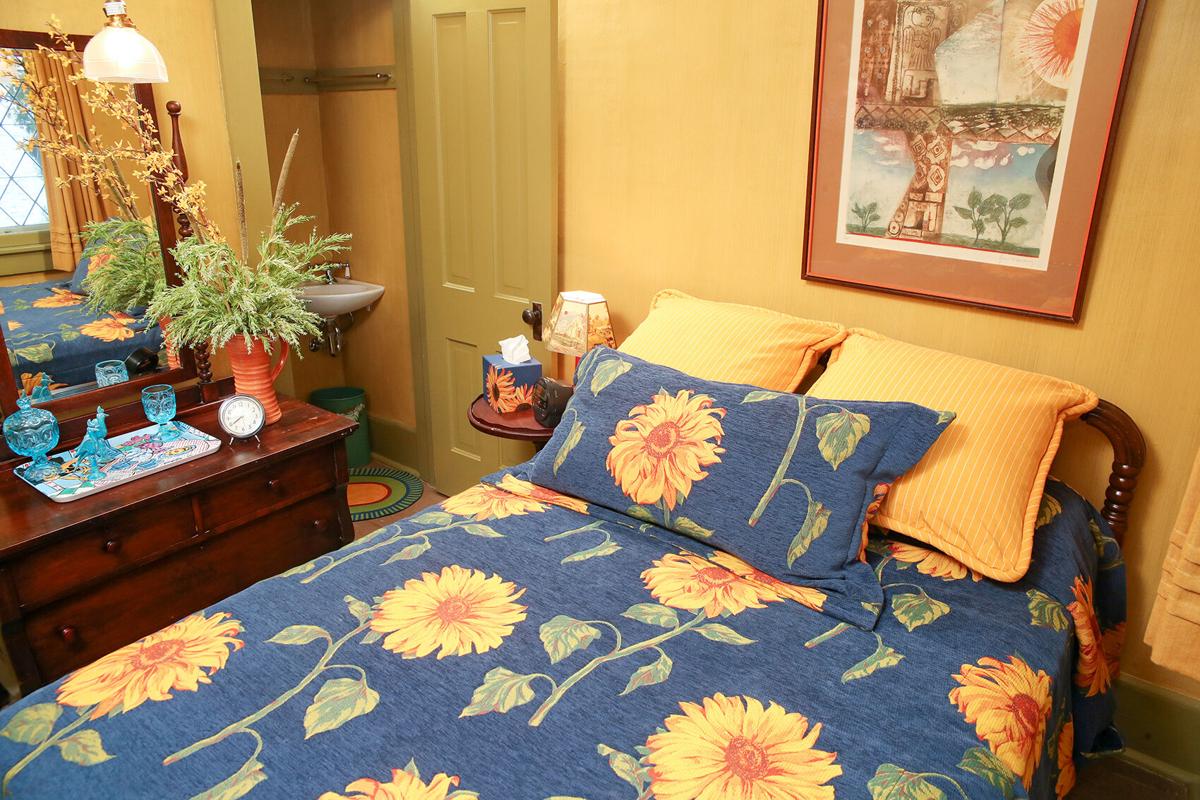 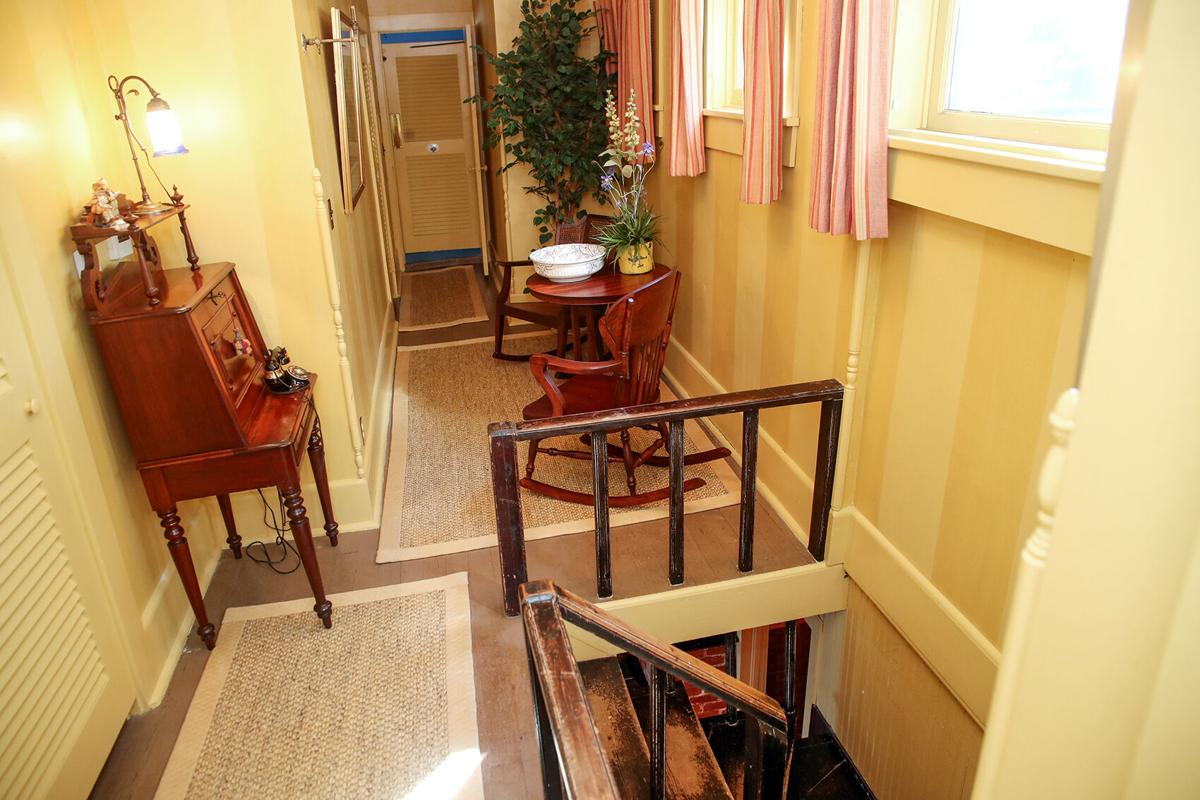 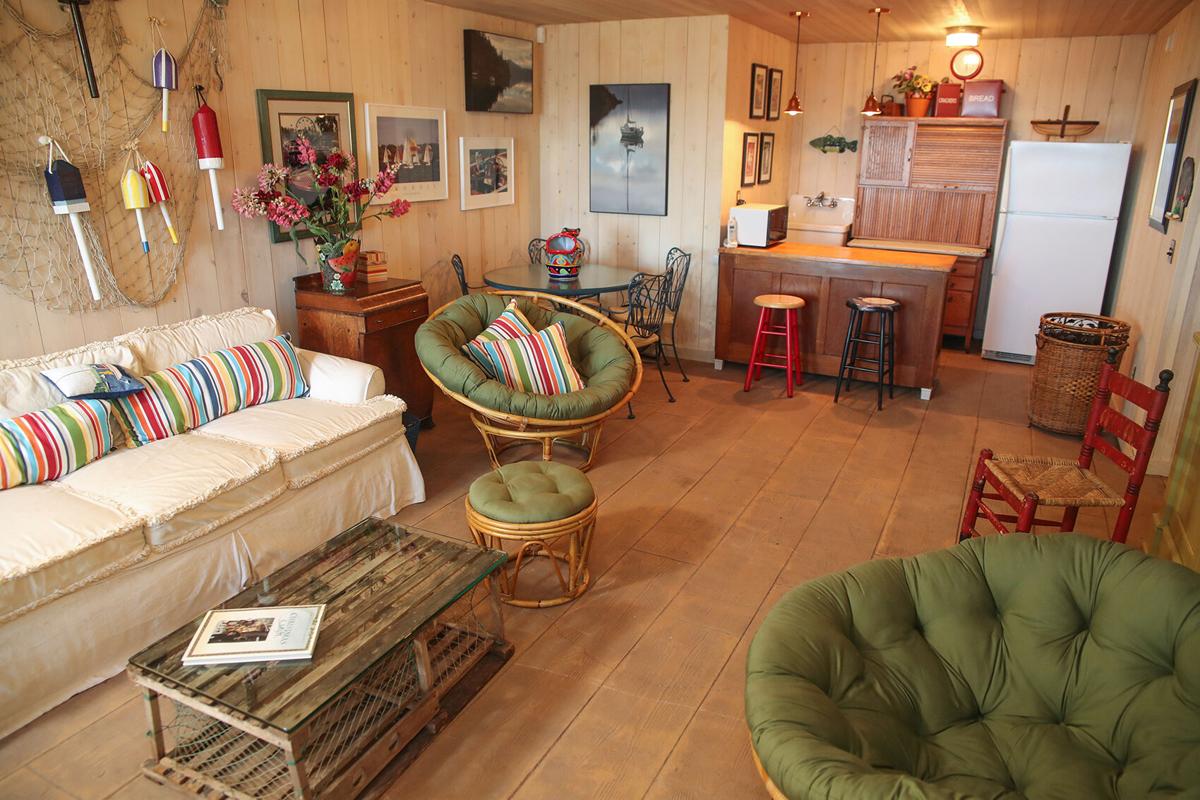 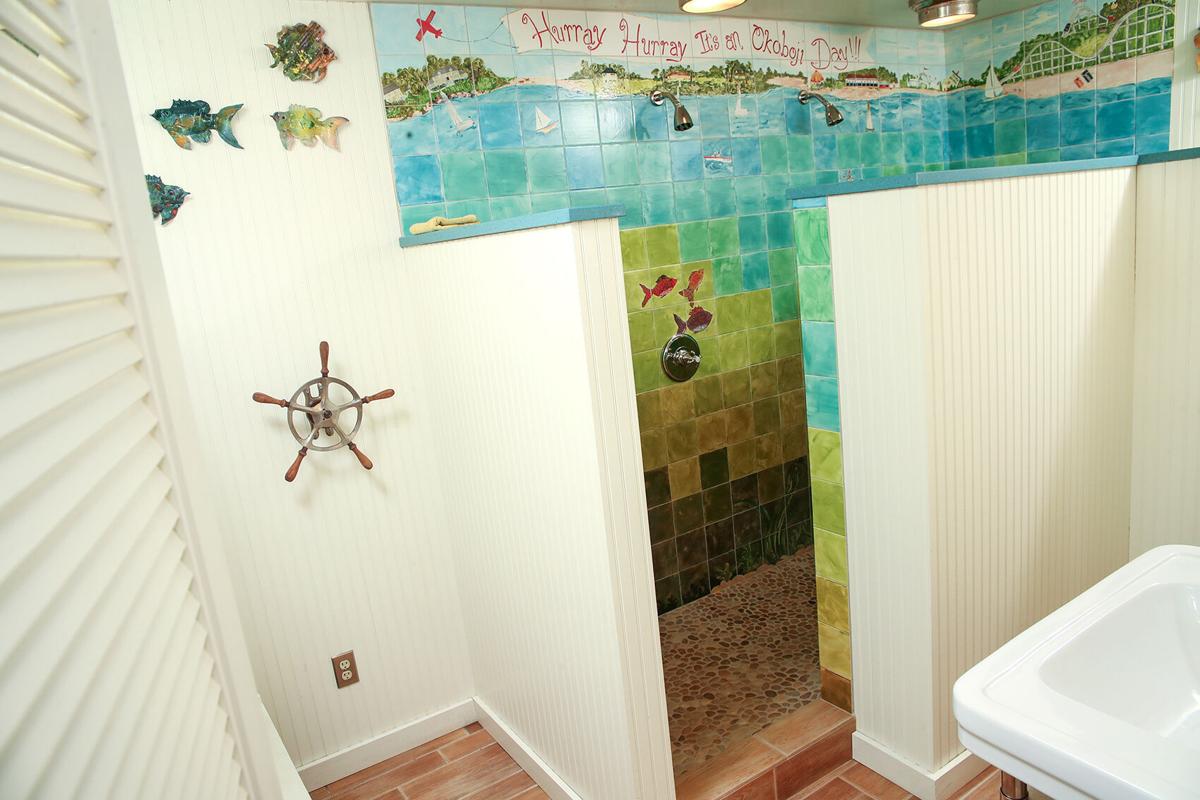 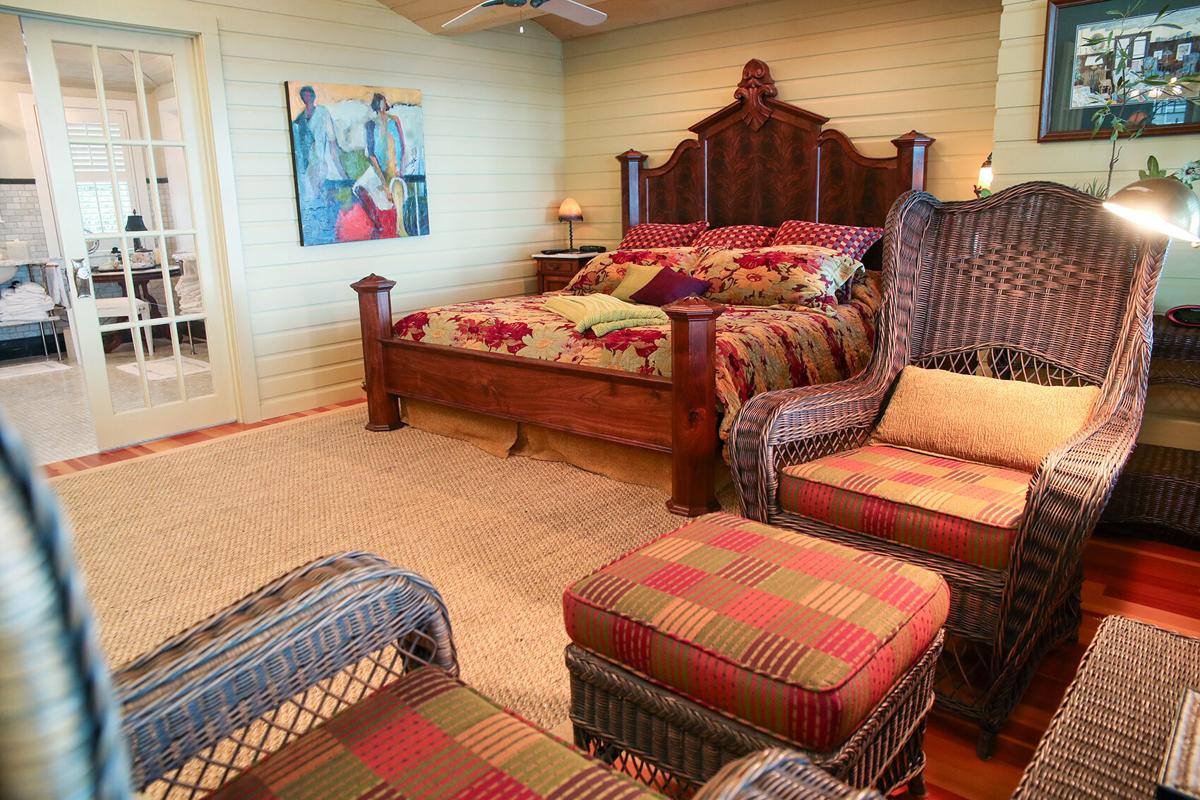 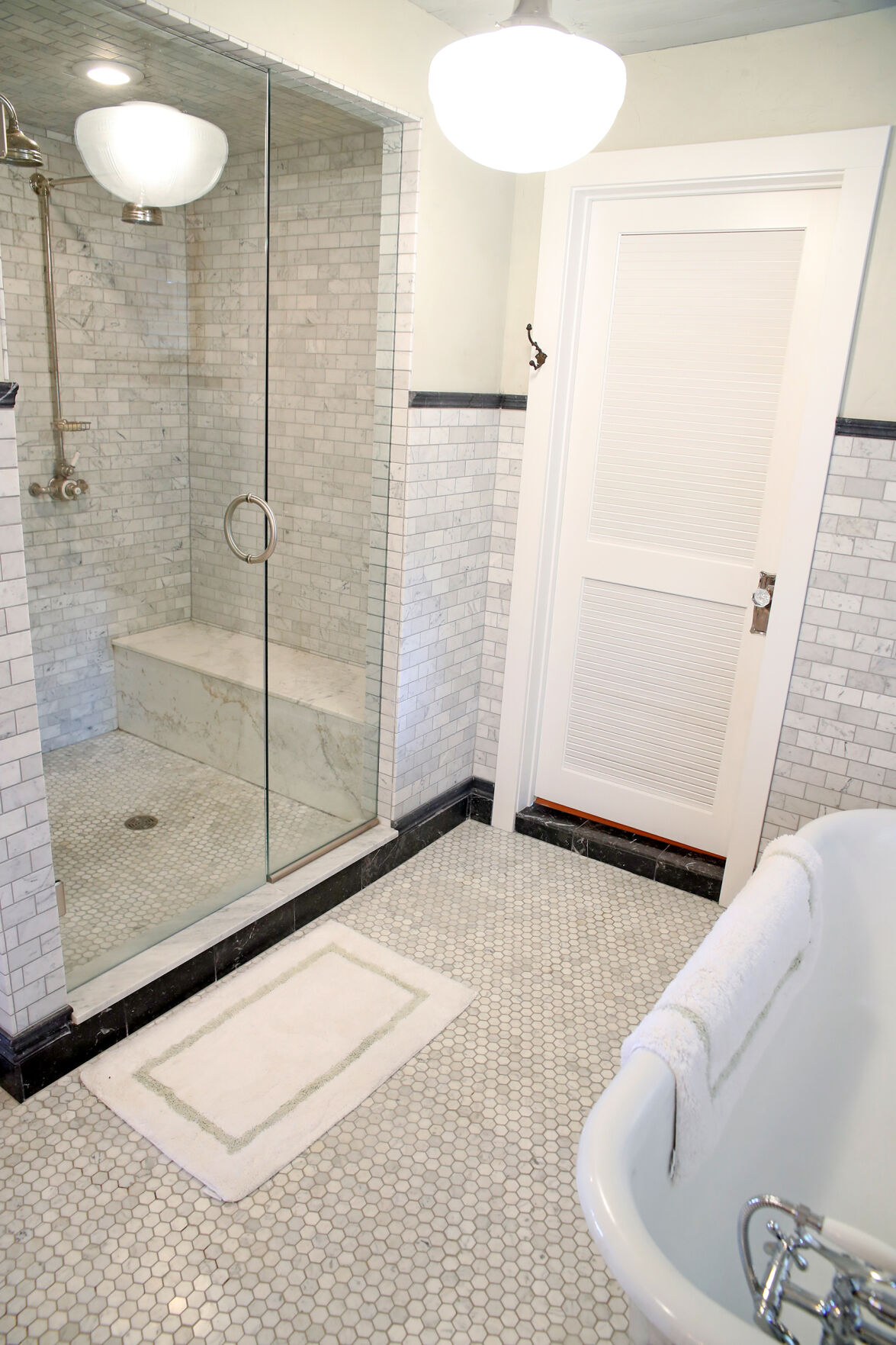 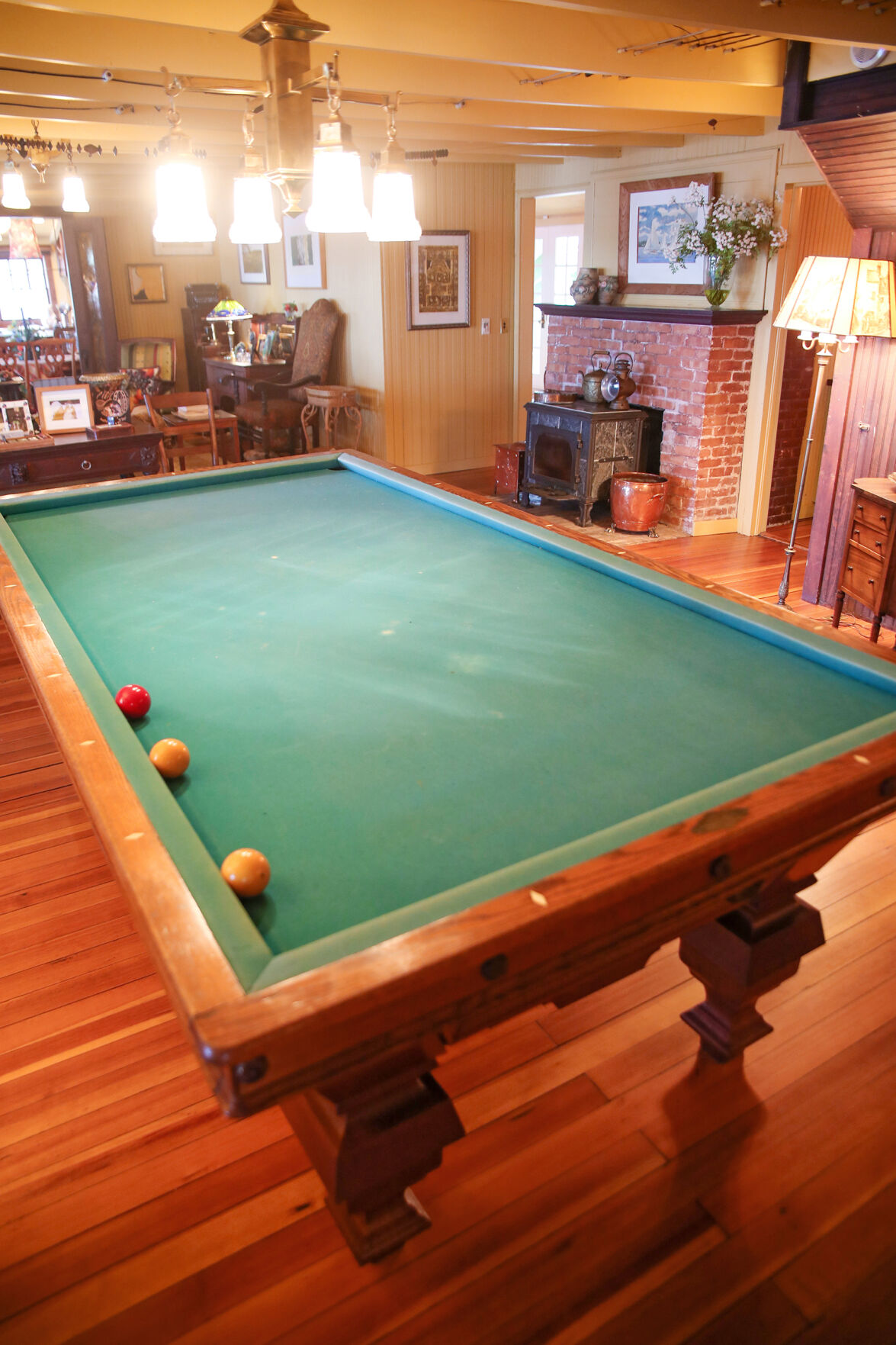 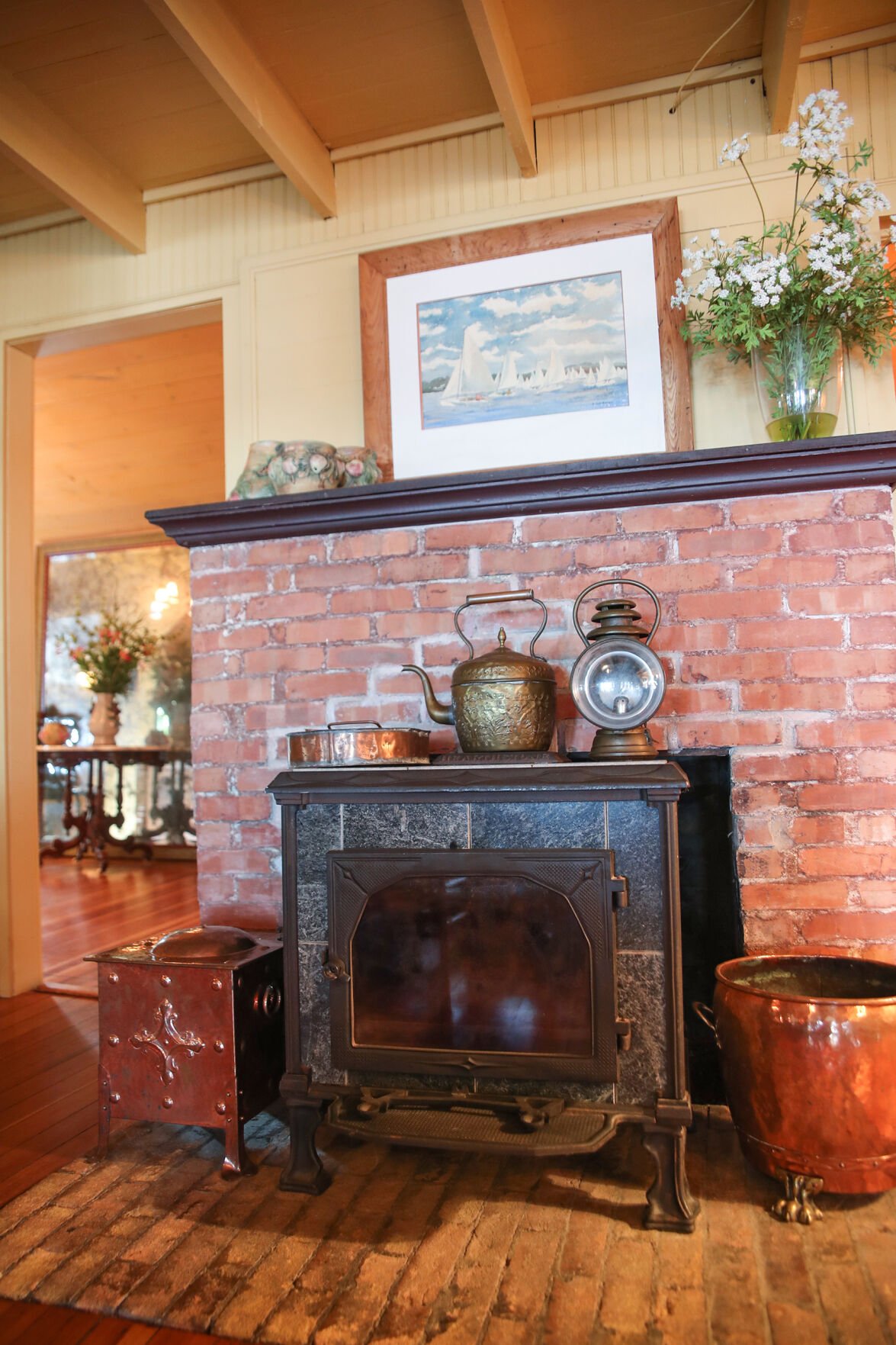 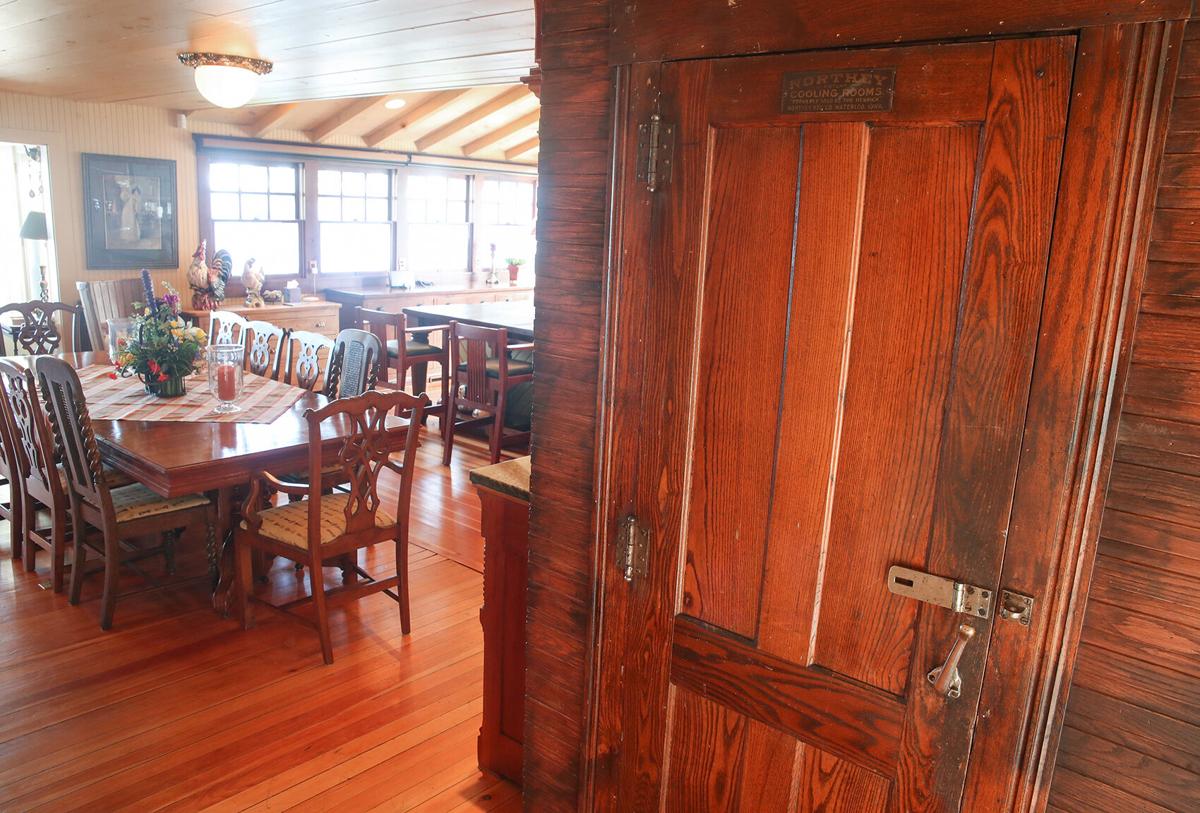 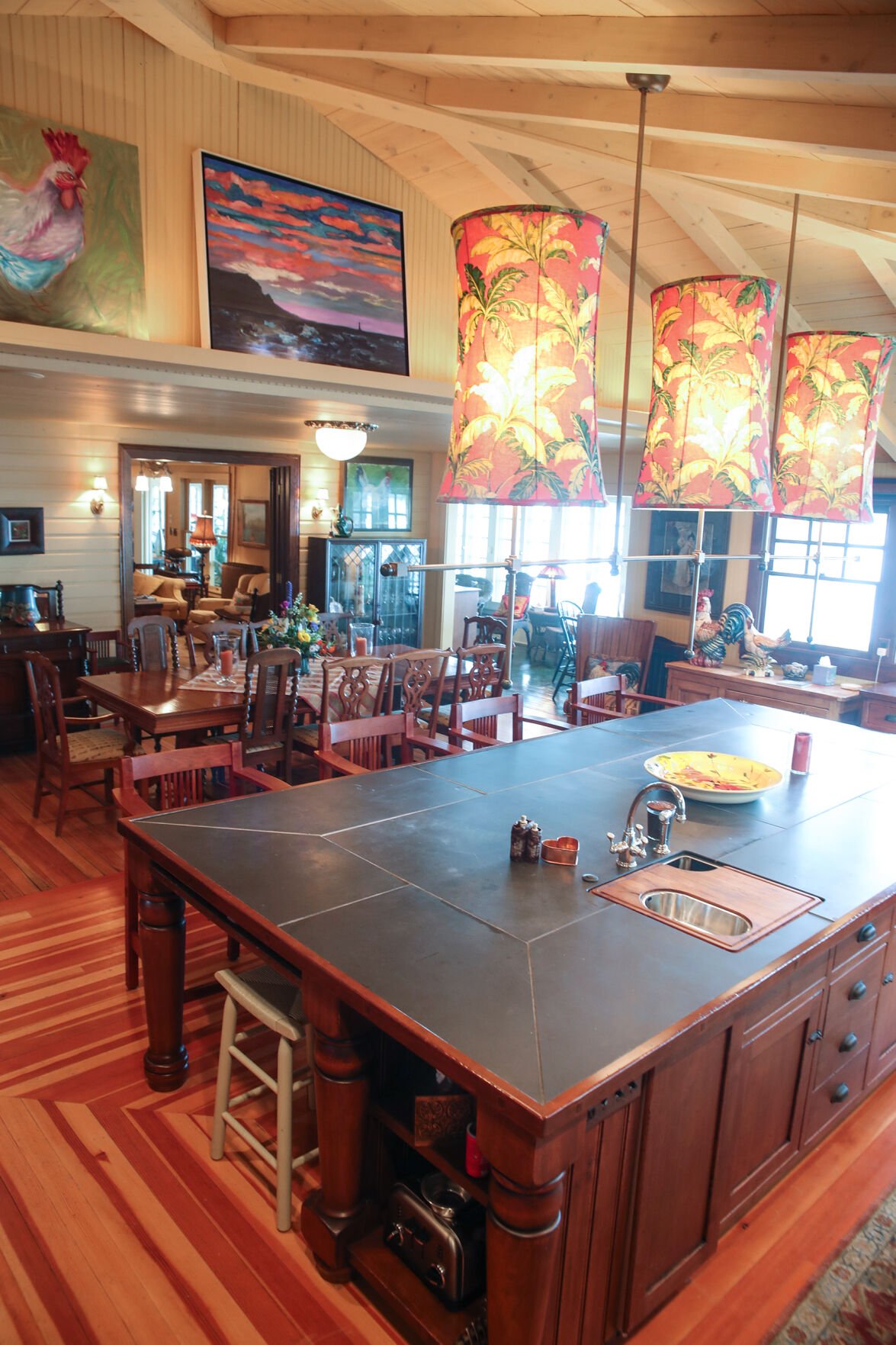 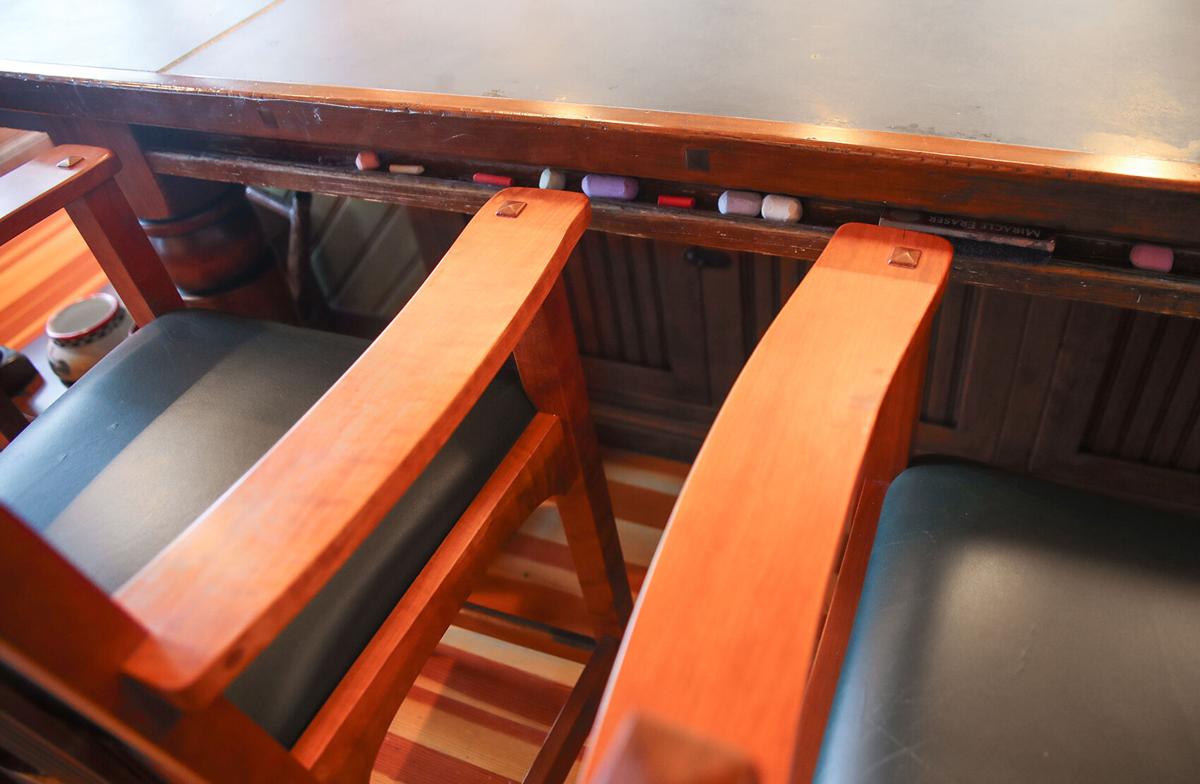 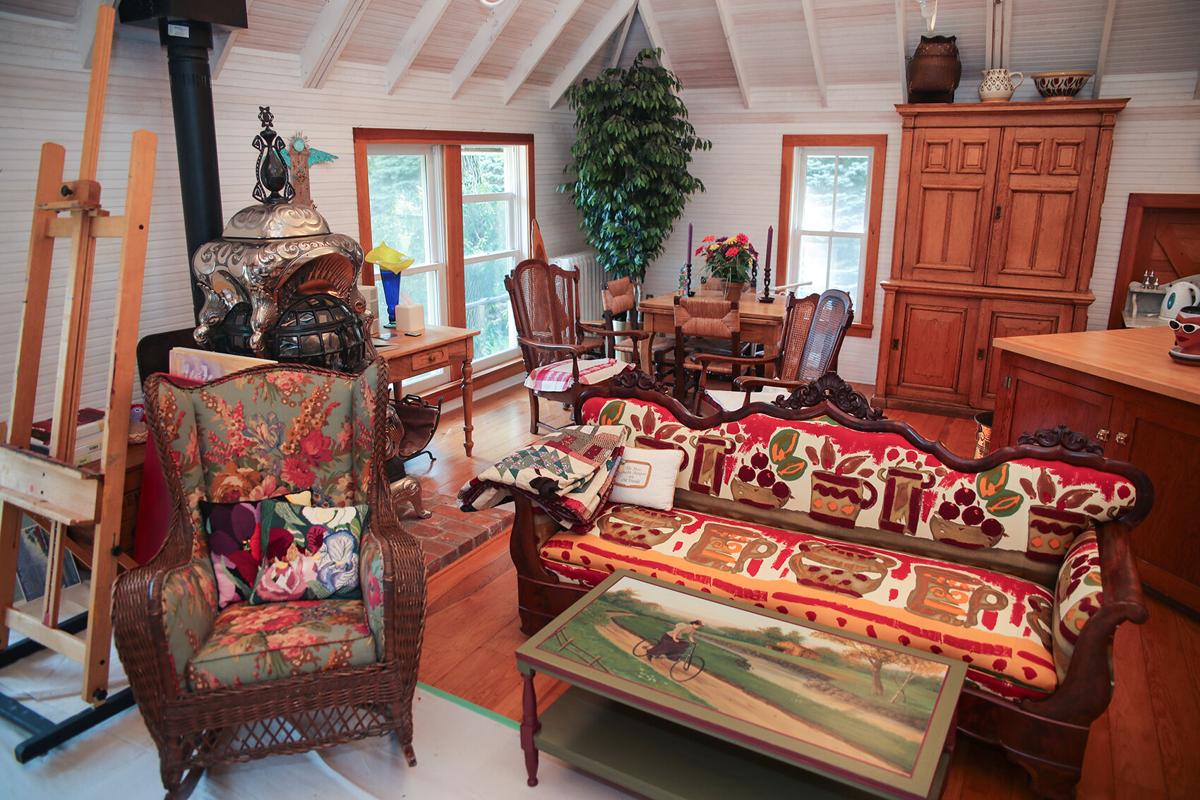 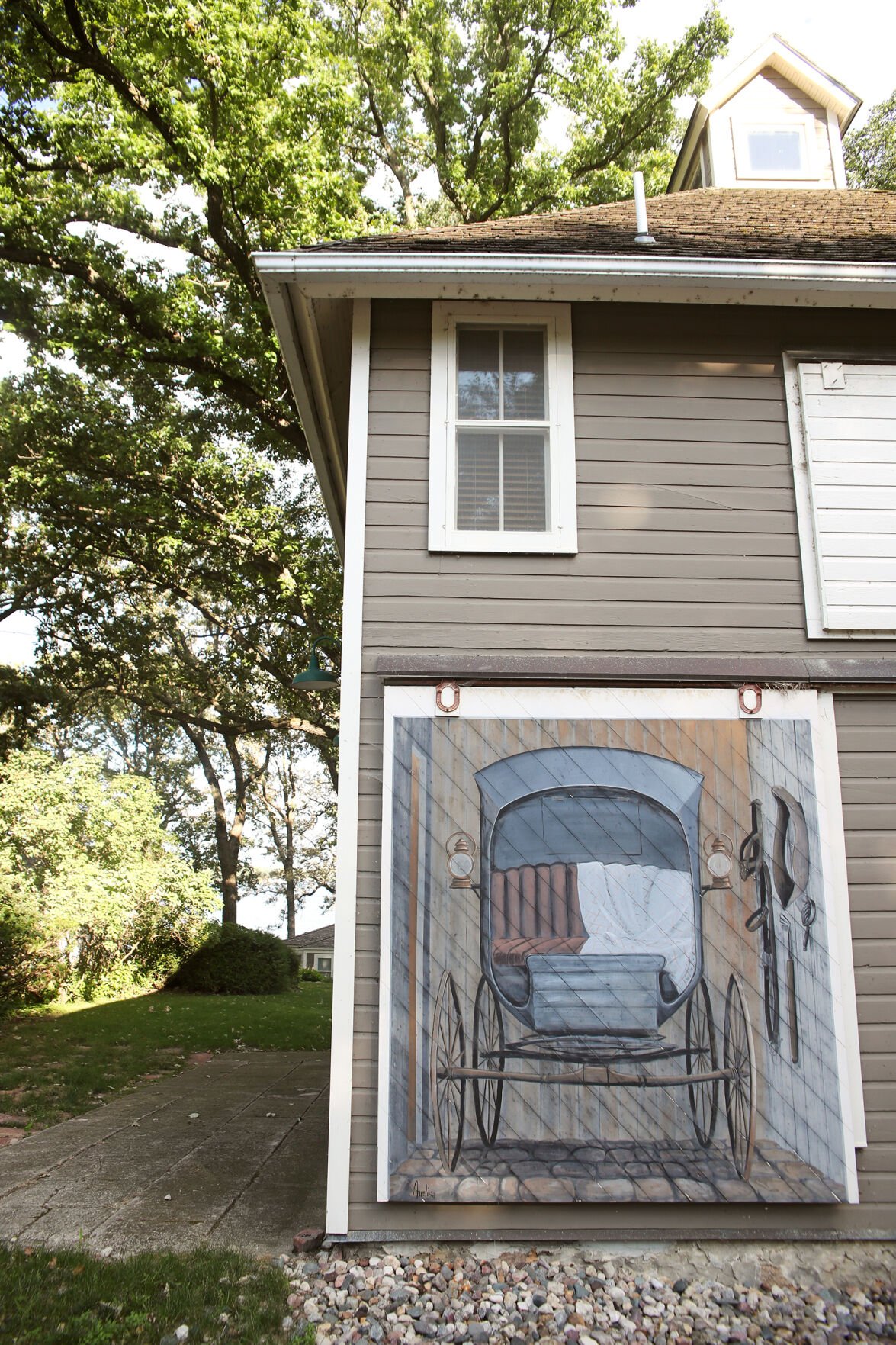 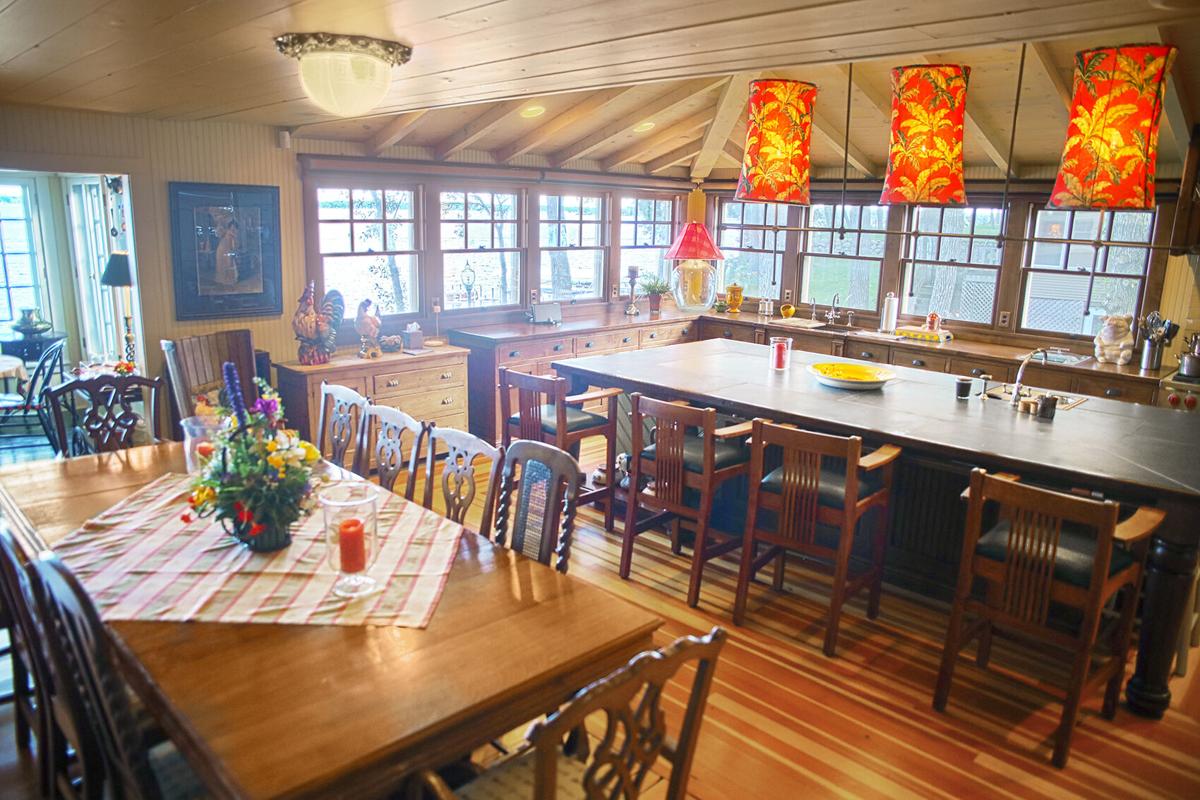 When Tom and Gayle Reardon renovated the historic Fredora cottage, they were determined to keep the charm and history of the place by repurposing everything they could — including the kitchen sink.

When the Reardons purchased Fredora, which was built in 1890, on Manhattan Boulevard on West Lake Okoboji in 1990 they hadn’t been looking for a huge project, but they just couldn’t help themselves after they saw the place.

“We were on a tandem bike and we were out when we saw a sign for another house for sale,” Tom said. “We went back to the open house later, but it wasn’t right for us. We told the realtor what we were looking for and he said he had the perfect place for us. When we saw this place, my wife’s eyes got huge and I thought, ‘I’m in deep doo-doo.’”

The house was in total disrepair and they knew that a lot of work was in their future.

But the house was full of history, charm and character and that is exactly what Gayle had been looking for.

“I had been around the lake a bit and I loved the older cottages like on Omaha Beach, where my husband grew up. They were always enchanting to me,” Gayle said. “I’m also a bit artistic and I liked the idea of being able to incorporate projects throughout the house. It was just perfect for us.”

They couldn’t wait to be a part of the cottage’s history.

This house has seen more than a century of Okoboji summers.

It was built in 1890 and was named Fredora after Fred and Dora Smith, who bought the property in 1901, according to Cristy Clarke Hedgpeth’s book, “Okoboji: Over 160 Years of History and Images.”

“At some point, they painted ‘FREDORA’ on their sea wall. The Smiths sold the cottage to Mr. and Mrs. George Carpenter. Mrs. Carpenter promised her husband she would never ask for anything again if he bought her the cottage. Sadly, it wasn’t too long before she died. The cottage later became the property of their daughter Isabelle Carpenter. She owned it until the early 1990s, according to the book.

That is when Gayle and Tom entered into the house’s story.

They spent a fair amount of time cleaning, painting, repairing and fixing what they could including having a lot of the furniture that came with the house reupholstered and refinished.

“The bones of the place are actually quite extraordinary,” Tom said. “It was our good fortune to get it. We took a two-week vacation right away and we came in and just cleaned and sorted.”

They took on projects as they determined things needed fixed or changed, but in 2004, they mounted a large-scale addition onto the cottage. Additional square footage was added onto the first floor on each side of the home and a basement was excavated under one of the new additions.

The new additions included a master bedroom and bathroom suite on one side and a large kitchen on the other.

The kitchen is right off the dining room and features a large island that is topped, ingeniously, with slate. Chalk sits within easy reach and both the young and the old enjoy pulling up a stool and doodling while gathered in the heart of the home.

“My favorite part was the kitchen,”according to Gayle. “The kitchen is great for living and that chalkboard island is just entertaining. From our two-year-old grandson to our guests who are much older, everyone just enjoys sitting down and drawing.”

Both of the additions and all of the remodels were painstakingly done to preserve the historic charm of the home.

“I’m a purist. Period. End of discussion. I wanted this place to retain its history. Our other home is quite contemporary, but this house is very different,” Gayle said.

The kitchen is a seamless extension and the design is done in such a way that you would never have known it wasn’t always there. The cabinets and counters under the windows are the same dark, aged wood color that you see throughout the rest of the space. And, to put it completely over the top, the Sub-Zero refrigerator has a decorative front that transforms it into an old-time refrigerator. The hardware on the piece is something that Gayle spent months and months tracking down and is actually more than 100 years old.

From the lead glass windows to the old wood refrigerator that has been repurposed into a closet to the original score keeping beaded strings hanging from the ceiling above the billiards table, the home oozes historic charm. You can feel the hundreds of summer memories and good times that have been absorbed into the very walls of the cottage.

The home now features the original four bedrooms upstairs in addition to the master bedroom on the first floor. The upstairs bedrooms have small sinks in the rooms as well as slated swinging doors to that would help in the days before central air with circulating the air through the rooms when the windows were open to catch the breeze off the lake.

One totally new space is the basement.

The excavated basement space still features some historic charm with the new built-ins and antiques in the kitchenette, but overall it’s a space designed for having fun and for the kids and grandkids to run from the lake into the truly cool shower on that level.

The couple’s love of art can be seen throughout the home. Classic mixes with contemporary to create an eclectic feel for the art that makes everyone lucky enough to get a tour of the home feel like the art was placed on the walls because it was loved — not just because it looked good.

You can also see Gayle’s artwork on the flooring, on furniture and throughout the house with different, unique design elements that all combine to give the cottage a wonderfully artistic, homey vibe.

In addition to the renovations in the main house, other spaces on the Fredora property also got a face-lift and in some cases some major work done. The ice house complete with a cupola has been transitioned to a working shed area.

The three-story carriage house on the roadway got a new roof, one of the foundation walls was rebuilt and the top two floors were given new purpose. The ground floor still has the original stables.

The main house’s original kitchen sink has been repurposed in the stables as a work sink. The couple was determined to repurpose everything they could. The second floor features a few bedrooms and a bathroom space and the top floor has been transformed into an open concept art studio. Tension wires run above your head to enable the space to be open all the way to the roof.

Fredora has a long history on West Lake Okoboji, and the Reardons are happy to be a part of her history as much as she has been a part of making their personal history of summers at the Lake so wonderful.