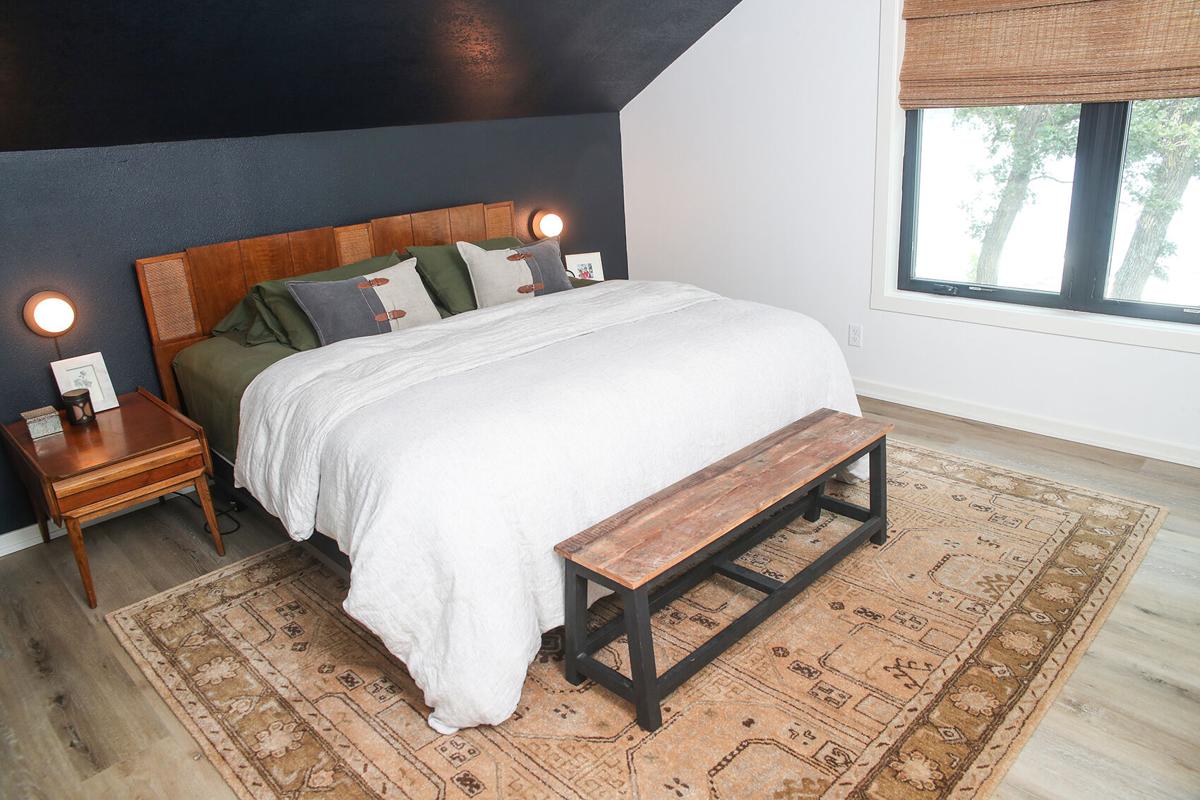 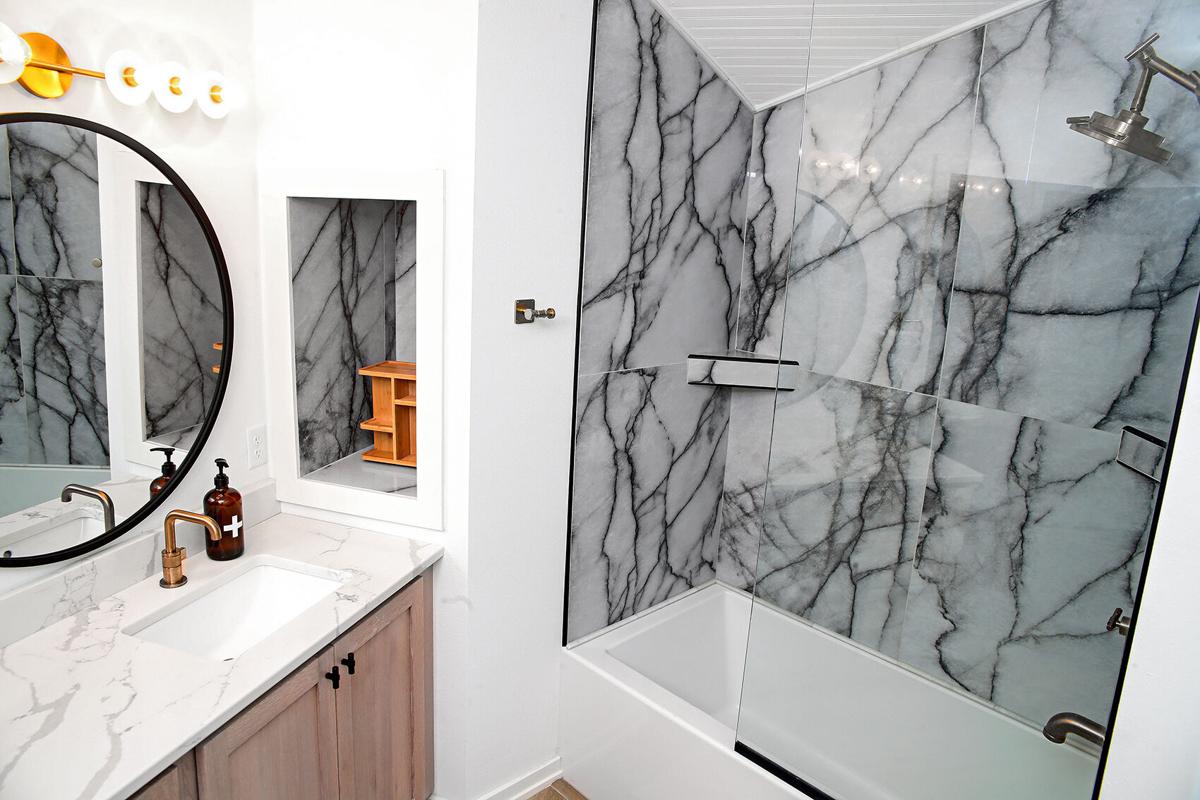 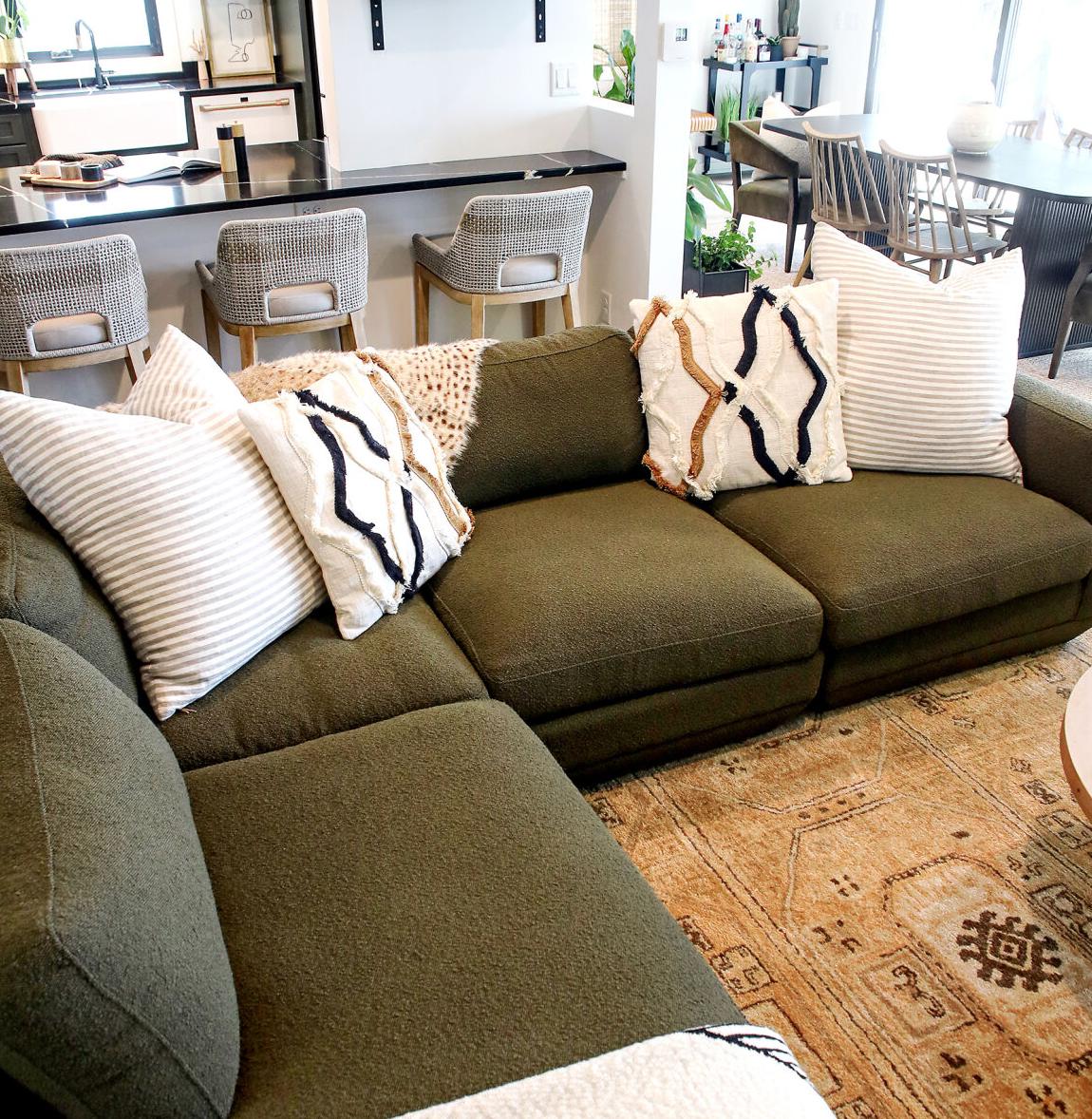 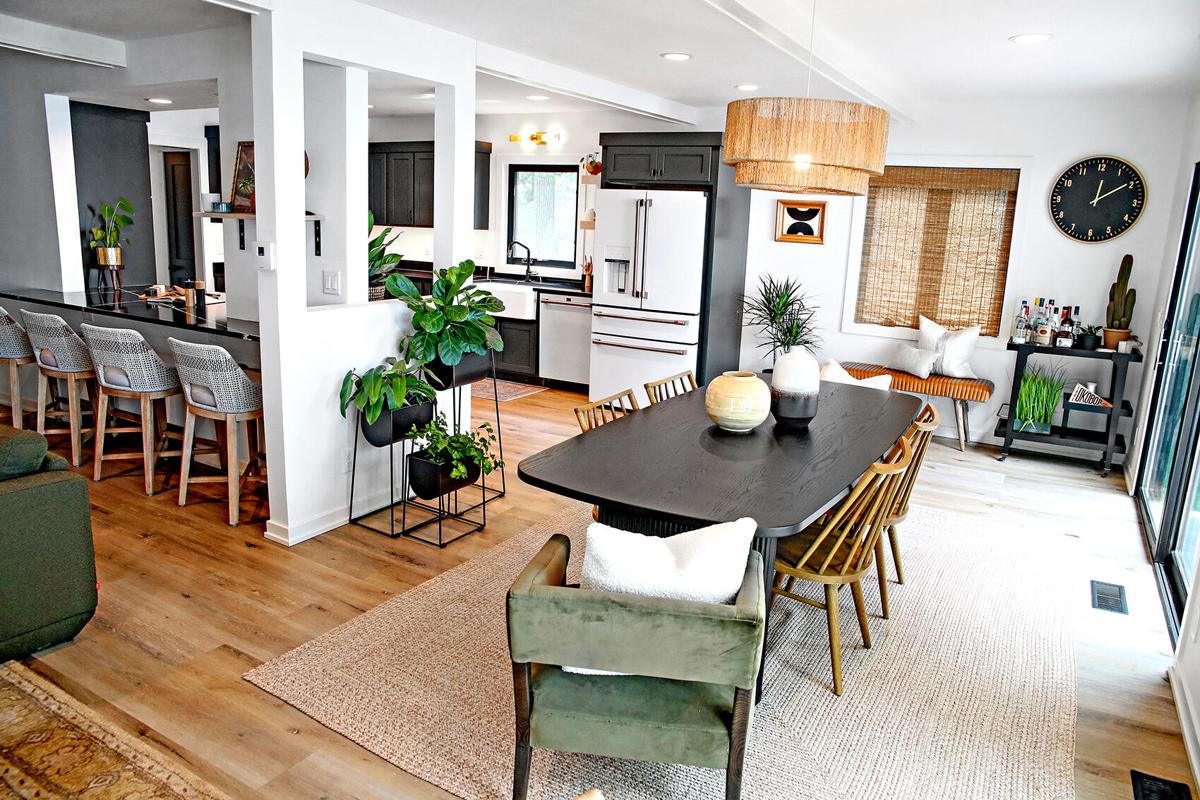 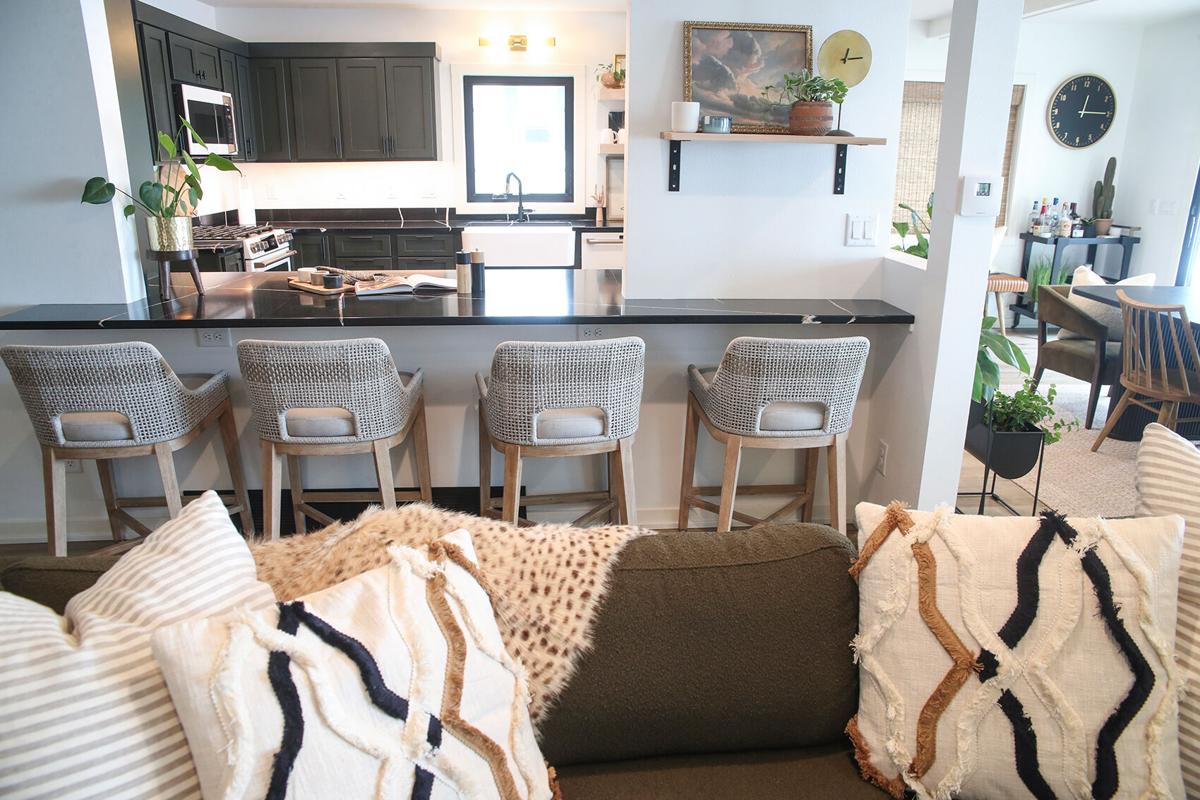 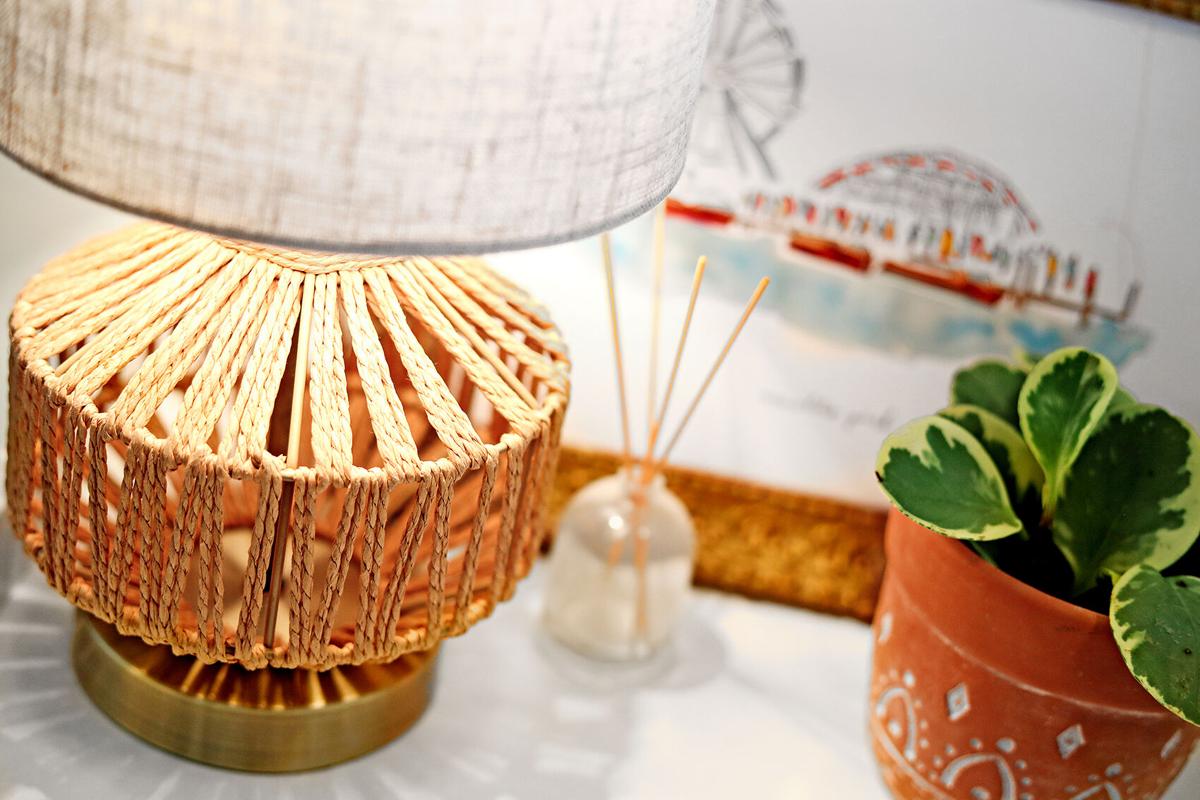 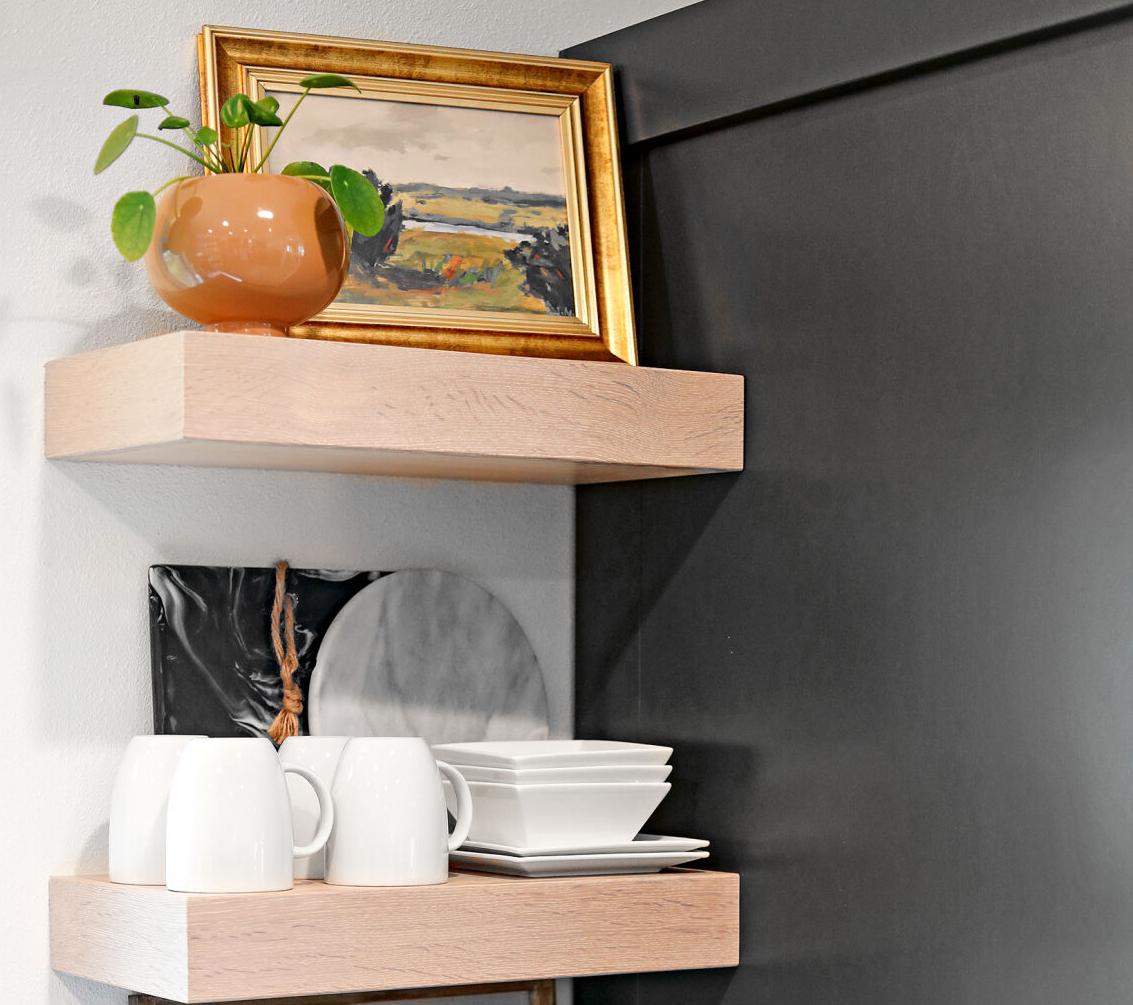 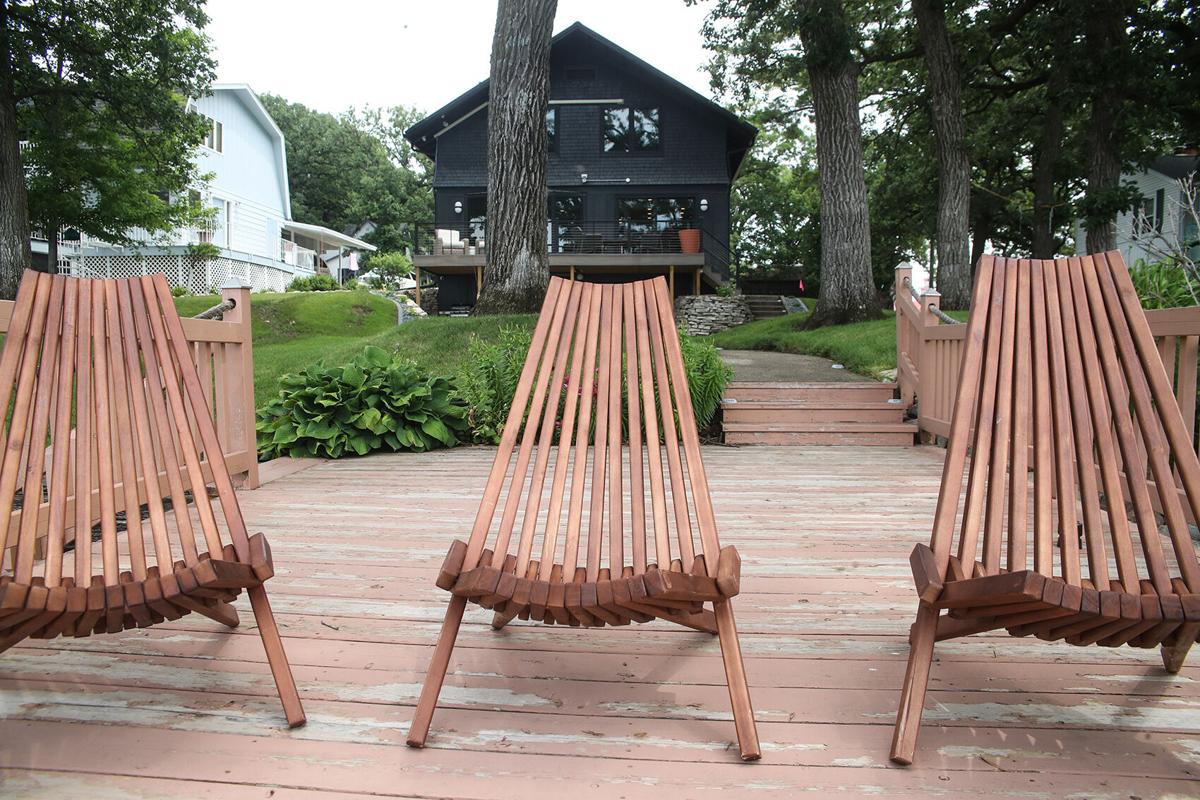 The Brileys aren’t afraid of a challenge.

When they were looking to purchase a home on West Okoboji, Adam and Stacey Briley spotted a diamond in the rough.

The real estate duo who live in Omaha have lots of experience renovating homes and were not put off at all when they stumbled upon a sweet historic home.

Adam grew up coming to Okoboji and the couple had a home on Minnewashta, but were looking for a new place in 2020.

“We drove by and saw the sign that it was for sale and we just had missed it online,” Adam said. “I texted our Realtor Michael Jensen and asked about this house. The one we were coming to look at was right down the road, but when we pulled up to this one we both fell in love with the potential of it, the lot and how it sat with the public lot right next door,” Adam said.

What they found was a home that was originally built in 1890, but had burnt down at some point in its history and was rebuilt. It was a historic home with some issues but that didn’t faze the Brileys.

“We are both in real estate and Adam has a team in Omaha and we’ve done multiple flips and renovations,” Stacey said. “It’s not a scary world for us.”

“It was a home that would definitely have scared a lot of people away due to the issues. I mean there were literally three to four inch differences in the flooring and there were water issues and a lot more,” Adam said.

They bought the home in August of 2020 and went right to work on renovating every single inch of the house.

They worked closely with their contractor Roberto Martinez and designer Nichole Johnson on the renovation. They wrapped up construction in April of 2021. And from top to bottom the house is perfect for the Brileys.

The top floor used to be an office, but the Brileys converted it into three bedrooms including a master. They also created a laundry space in the hallway of the top floor to make that chore much easier. The bathroom renovation on that level uses the historic architecture of the house to its advantage by incorporating the odd angles of the roof into the ceiling for the shower.

“It was a squared off room, and we opened it up and exposed the old beadboard ceiling in there and I liked the character, so we left that there because it makes the bathroom more interesting,” Stacey said.

The main level of the home was renovated into an open floor plan concept complete with living, dining and kitchen. Instead of ripping out the old fireplace that was located in an inconvenient spot, they instead covered it up and utilized the blank wall space to hang a large statement art piece.

They added a half bathroom at the bottom of the stairs for convenience for themselves and for guests. They did all new flooring and expanded the kitchen to include a center island.

“We wanted to open up the kitchen so that we could see the park from absolutely any little spot or angle,” Stacey said.

In addition to the living area the main floor also contains what used to be the master bedroom and bathroom. The Brileys now use that room for guests. And while the lower level is still a work in progress, it has some high level design drama.

The Brileys decided to go dark on the basement walls, ceilings and floor in the living area that will soon contain a bar along with the lounging area. The dark color automatically pulls your eye to the bright, beautiful lake view out of the large windows of the walkout. Two bedrooms and another bathroom round out the space in the lower level.

The design aesthetic of the home is as cohesive and cozy as it is downright cool. A mix of Scandinavian, midcentury modern, art deco and industrial — there is not one particular style that the couple was aiming for, but the eclectic combination works.

White walls throughout the upstairs and main level make the spaces flow together, yet aren’t stark and cold. They simply serve as a neutral backdrop for the intriguing furniture, art and decorations that the couple have used in the space. The home gets life from the natural wood elements, gold touches, historical pieces and plants throughout the home.

“I don’t think that we stuck with one particular style or tried to label what we were going for,” Stacey said. “But we certainly love the end result.”

Now that they have spent the summer in their newly renovated home, the Brileys, along with their two kids, are falling in love with Okoboji all over again.

“We love Okoboji. How I explain it to other people is, when you drive into Okoboji, I always say it’s like it gives you a hug,” Stacey said. “It’s the most warm, welcoming place. We travel a lot and Adam says let’s go here and there, and I just could go to Okoboji. It’s my favorite vacation destination.”