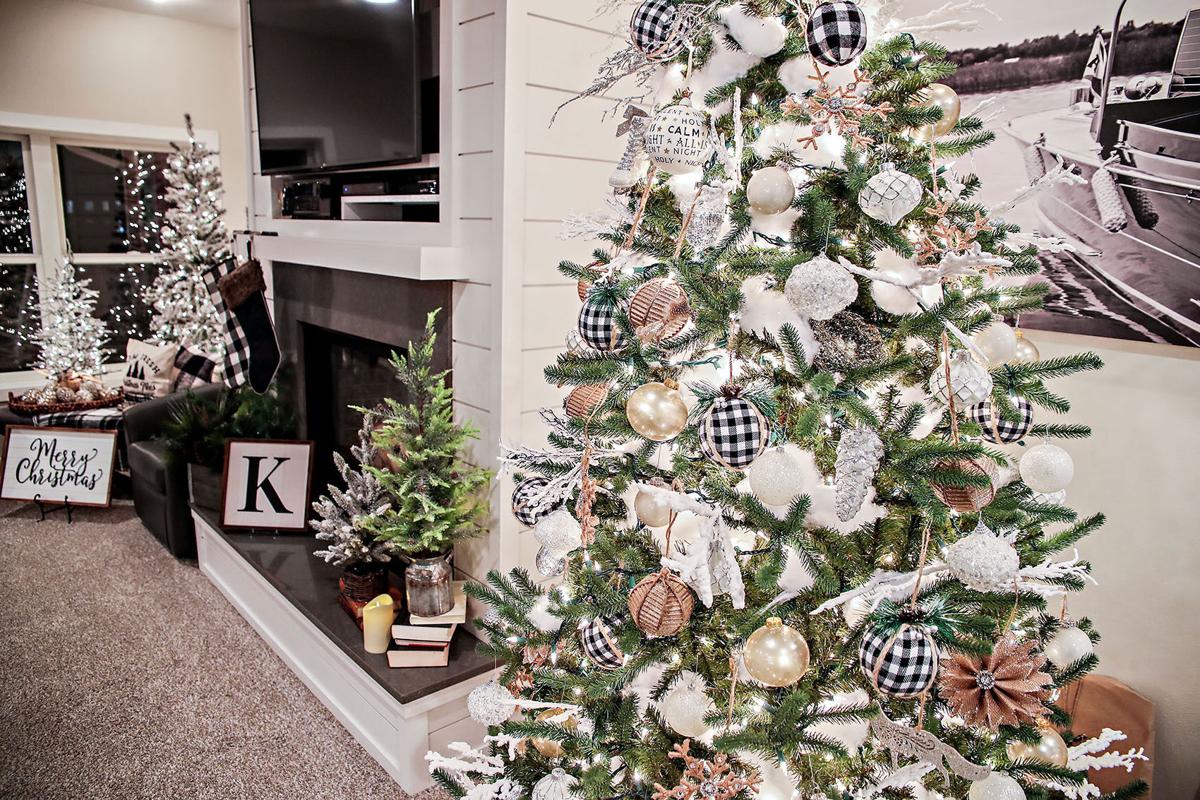 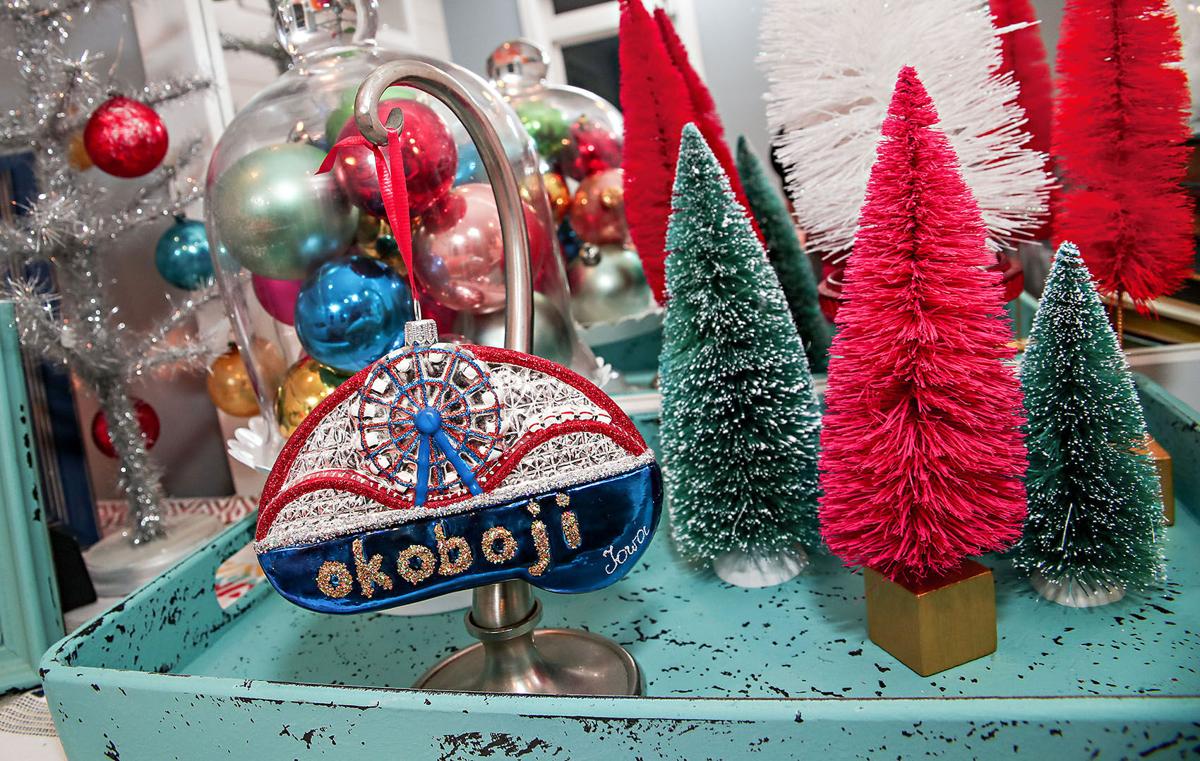 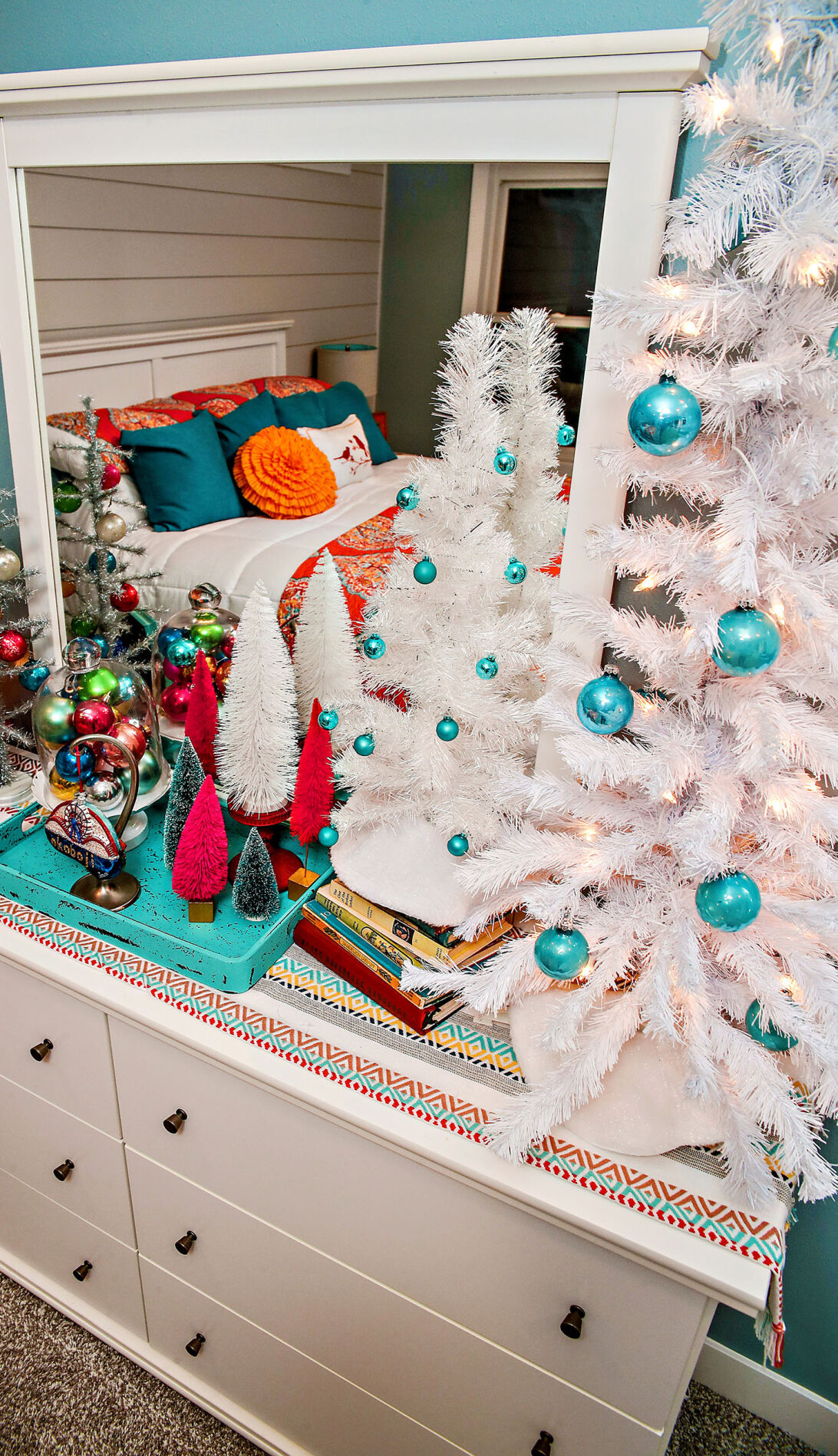 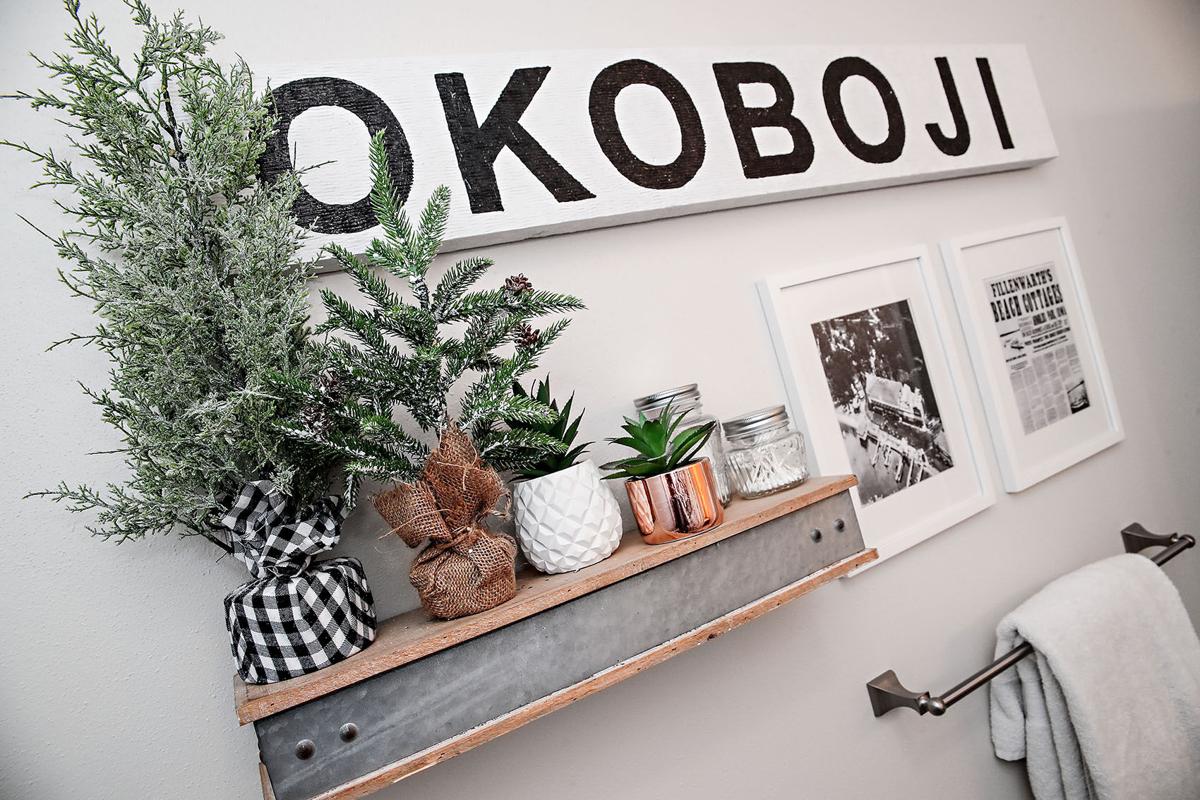 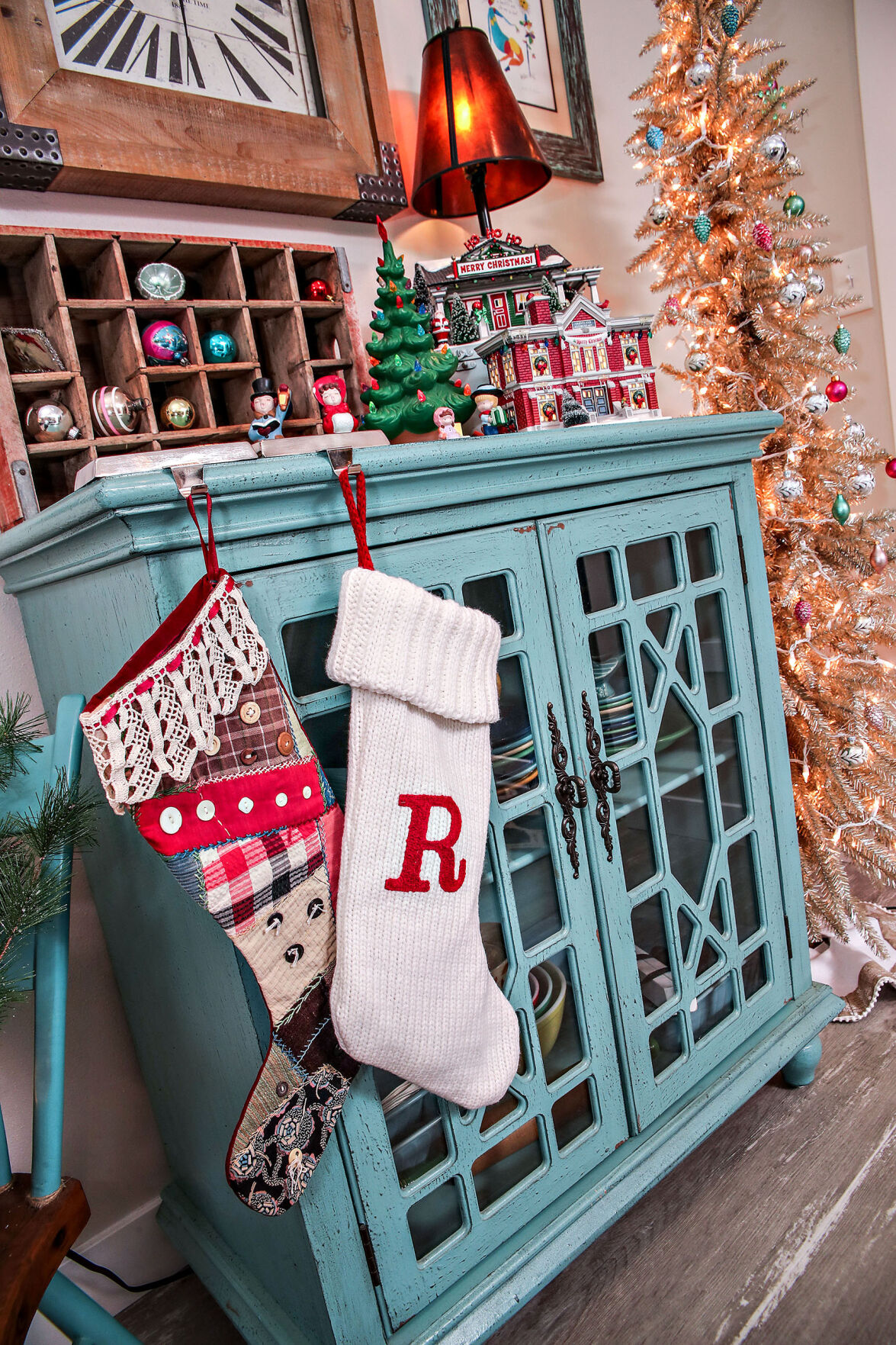 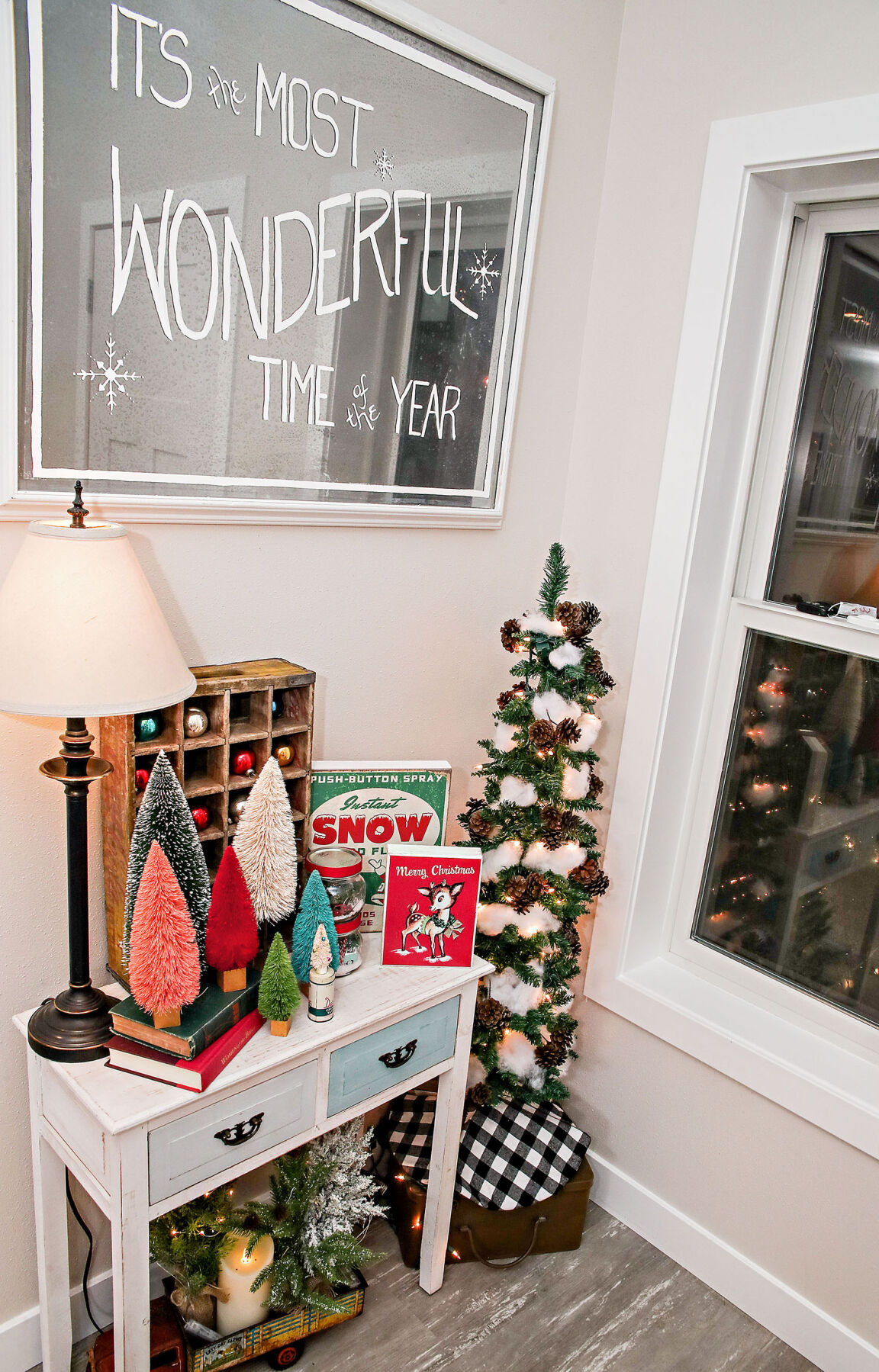 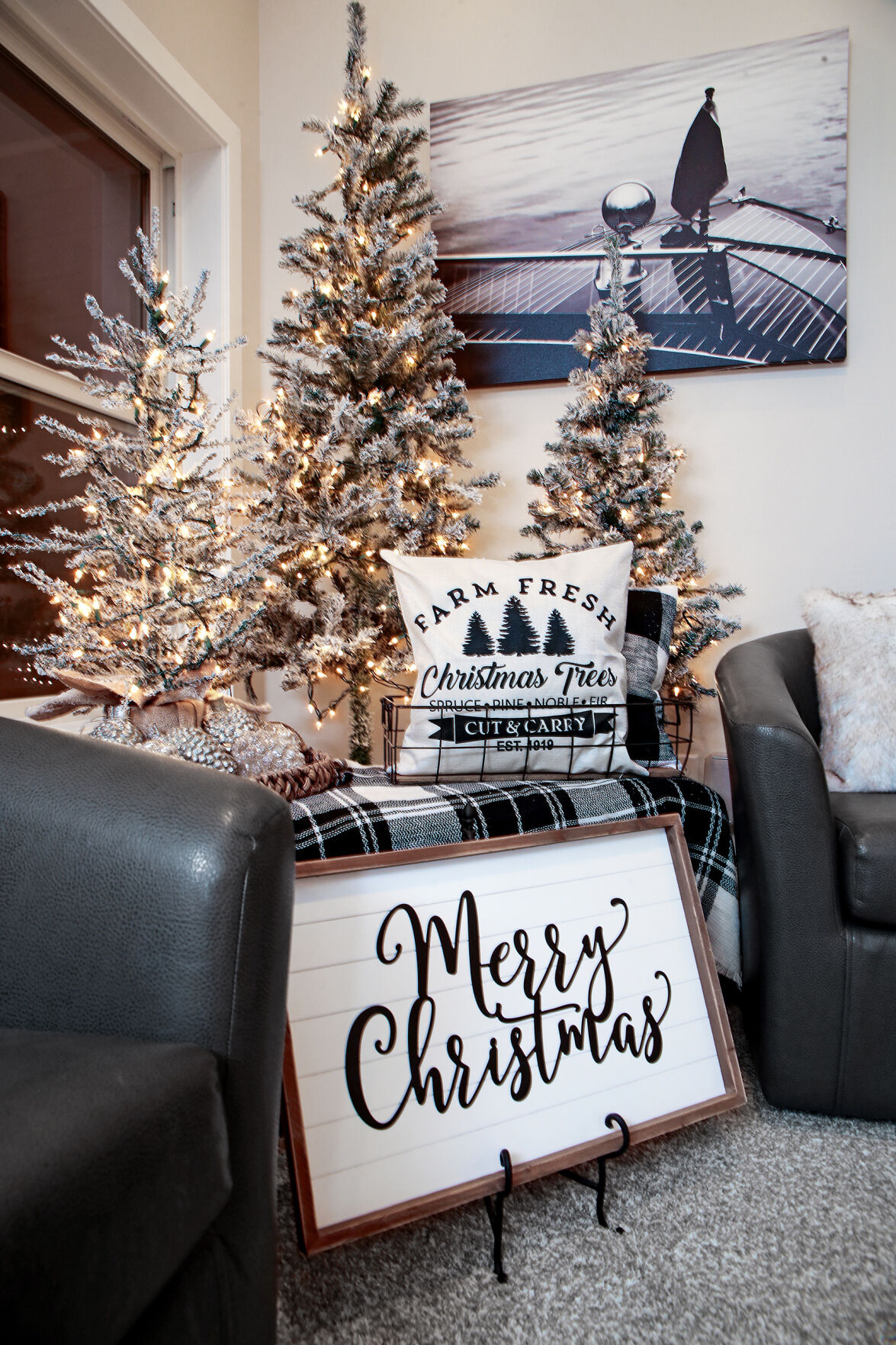 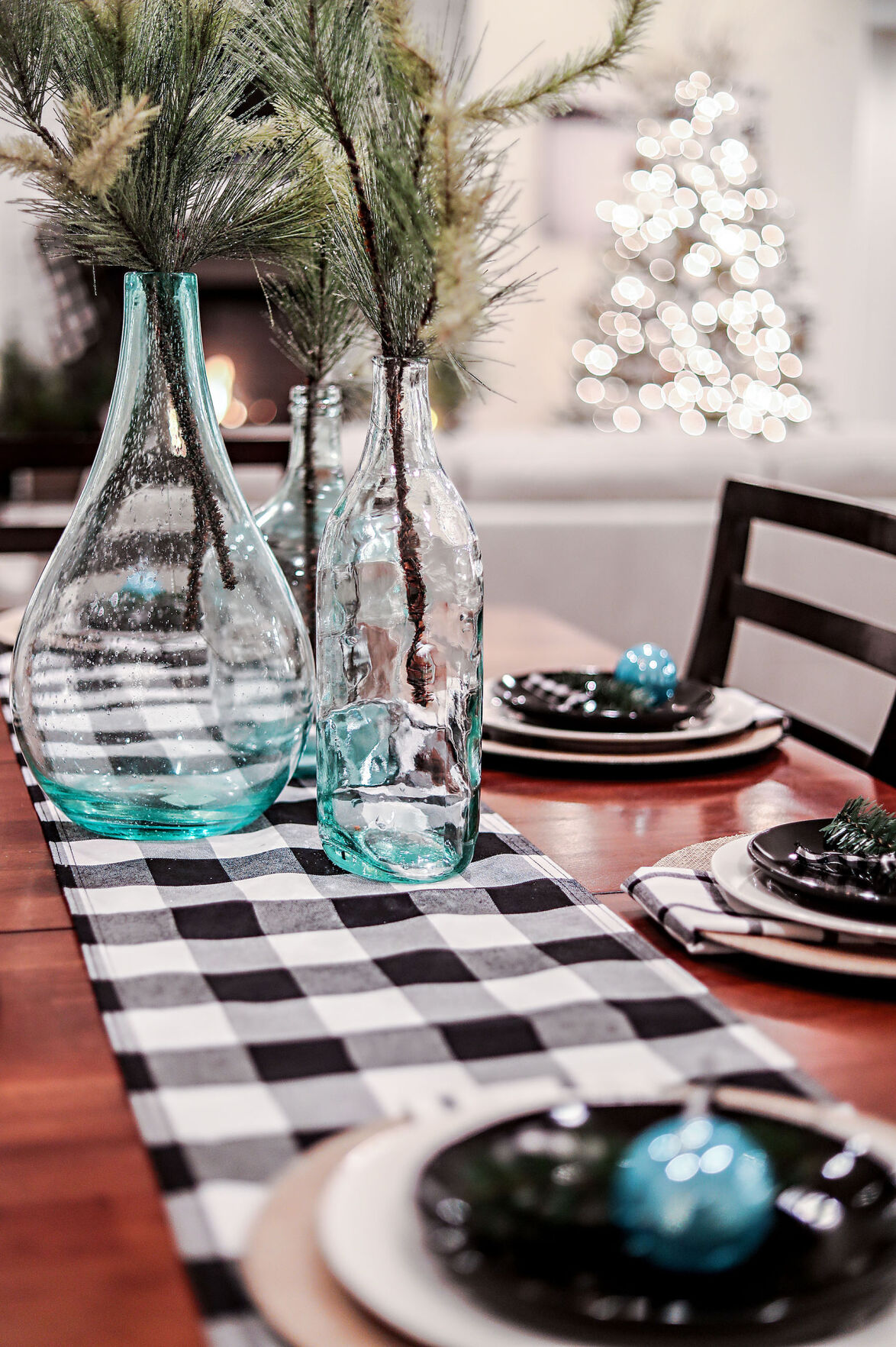 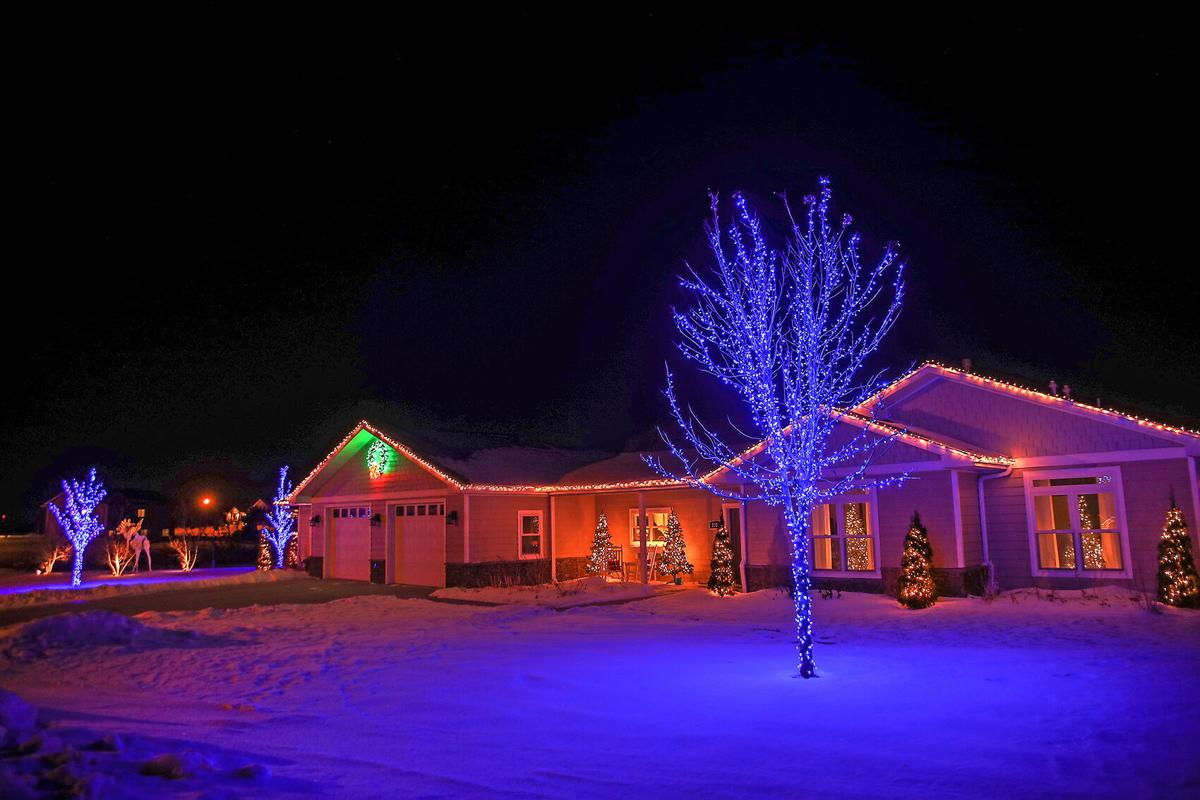 Red and green. Blue and white. Traditional and classic, or trendy and modern.

There are plenty of ways to decorate for the holidays. The options seem to grow with every passing season.

At least one pair of homeowners in the Iowa Great Lakes has made the decision easier on themselves.

With an artful eye and affinity for several styles, having plenty of space allows them the ability to display more than one type of Christmas decor each season.

“There are different styles all over the place,” the homeowners said. “It’s fun to be able to have different areas in the house.”

The master bedroom takes the lead on the retro look.

“This is a little retro area back here with bright, fun colors and lots of thrift store finds. Last spring we thought we just needed some color in here.”

Ornament grab bags from thrift stores proved a quick way to supply dozens upon dozens of brightly colored bulbs to complete the look.

“Some of those were so old they still had yarn covered hooks on them. We love finding neat little things like that,” the homeowners said.

In addition to the thrift store finds are a few ornaments especially attuned to the Iowa Great Lakes with an added sparkle that fits right in with the overall mood of the room.

More thrift store gems, family keepsakes and vintage holiday decor can be found in the home’s entryway and a nook in the dining room the homeowners have affectionately named the “hand-me-down corner.”

Some rooms like the master bathroom and guest bathroom get a more subdued treatment with greenery and decor that can be kept up through the colder months of the year.

“This is our Okoboji nook, it’s decorated for winter too, so it doesn’t have to come down,” the owners said. “That’s always the knock — the hardest part about decorating for Christmas is taking things down.”

That’s part of the reason why they start decorating early, sometimes before Thanksgiving when the weather is nice, and keep some of it up later — in some cases even year-round.

“The more we decorate year to year we think that it’s such a short season if we wait until Thanksgiving,” the homeowners said. “If we’re going through all the work of putting it all up, we might as well have it up long enough to enjoy for a while. The feeling in the house is very warm and cozy and the Christmas spirit comes out with all that.”

A silver tree in particular stays in its place in the dining room no matter the month. When the Christmas ornaments get packed away, Easter ones take their place.

And a few strands of lights always seem to stay away from the storage boxes.

“Once you have Christmas lights out they’re hard to get rid of totally. They’re so cozy to have in the house and we like having them on,” the owners said. “When we first got married there was just one little tree in the living room. It started growing a little more every year. This is our third Christmas in this particular house and the way the space is set up has allowed for more decorating.”

And the single Christmas tree from that first holiday season has gained some company.

Now they count 14 trees set up throughout the house.

They try to position them so that at least one is visible in each window with a few sprucing up the front and back patios as well.

The main living space represented a major departure this past year for one of the owners in terms of preferred holiday decor.

“Blue is my favorite color, so not doing blue on the tree this year was kind of hard for me,” the homeowner said.

Instead they stuck with a trend that had decorated the home for the autumn season.

“Buffalo plaid was everywhere,” the homeowner said. “I did the pillows for fall and liked it so much I decided to scoot it right into Christmas. Black and white was such a departure but seeing it all together I really liked the whole mix. It really tied together everything in the living room and looked pretty sharp I think.”

The black and white buffalo plaid popped up in ornaments on the Christmas tree, sofa pillows, a Christmas stocking and the runner on the dining table.

Large black-and-white photos on the walls enhanced the overall effect, creating a clean and classy look.

Blue did still make its way into the decorating plan with several blue bulbs in the master bedroom.

A single blue bulb also highlights each of the place settings on the dining room table.

In the kitchen a nativity scene anchors the counter space while a few holiday touches adorn the cabinets with a wreath and poinsettias adding the right amount of Christmas color.

The space gets put to good use during the holiday season too.

At least one family get-together is dedicated nearly entirely to baking cookies. Hundreds of them, in fact, that then get divvied up and distributed to friends and family.

“It’s a three-day event now. The first year we did it at the house and had zero plan. We just dipped everything in almond bark.” the homeowners said. “Now we’re buying special tools to decorate with different sprinkles and little tweezers to put everything on just right. It’s really fun. We give them all away — the sooner the better otherwise we’d eat too many of them!”

Outside there is no shortage of blue.

At least 30 strands of blue LED lights wrap around a single tree, while several others get the blue treatment in smaller numbers.

A few more strands get added each year, and two more trees were wrapped in a blue glow last winter.

The homeowners jokingly suggested they might have bought out all the blue LEDs in Dickinson County when they went on sale after the holidays last year. The purchases were partly to expand and upgrade their display and partly to replace the handful of strands that seem to stop working from one season to the next.

Warm white lights along the roof line as well as both the exterior and interior Christmas trees play perfectly against the cool blue trees, especially with a fresh coat of powdery snow on the ground.

A small wreath above the garage provided the perfect accent to tie it all together.

In fact, the house was actually built with some of the holiday lighting in mind.

“There’s actually an outlet up there so we didn’t have to string something up there,” the homeowners said. “We pulled ideas from other homes and planned ahead when building the house to be able to easily turn things on.”

They actually have a bit of an evening routine during the holidays walking from room to room utilizing remotes to turn on all the exterior lights without having to step foot outside.

They hope the joy they feel in setting everything up spreads to those who pass by the home during winter evenings.

“People are still putting lights up but not like it was 20 years ago it seems, which is kind of why we do it, so people realize how neat it is and keep that joy going,” the homeowners said.

Moose on the loose

The blue-lit trees aren’t the only things aglow outside the home.

Christmas typically brings about a project or two and in last year’s case the result was a large moose clad in a red-and-black buffalo plaid scarf.

Warm landscape lighting highlights the wooden cutout standing sentinel on the lawn among the trees.

“My dad always did things like that,” the homeowner said. “One year he made a plywood cut out of Santa’s workshop and I think put it on the roof, or maybe just in the yard, but he was always dinking around and, of course, when I had to help him I probably wasn’t enjoying it, but when I got my first house of course I wanted to do it too and it became a thing every year. It’s been fun to have people come by and ask about the moose.”