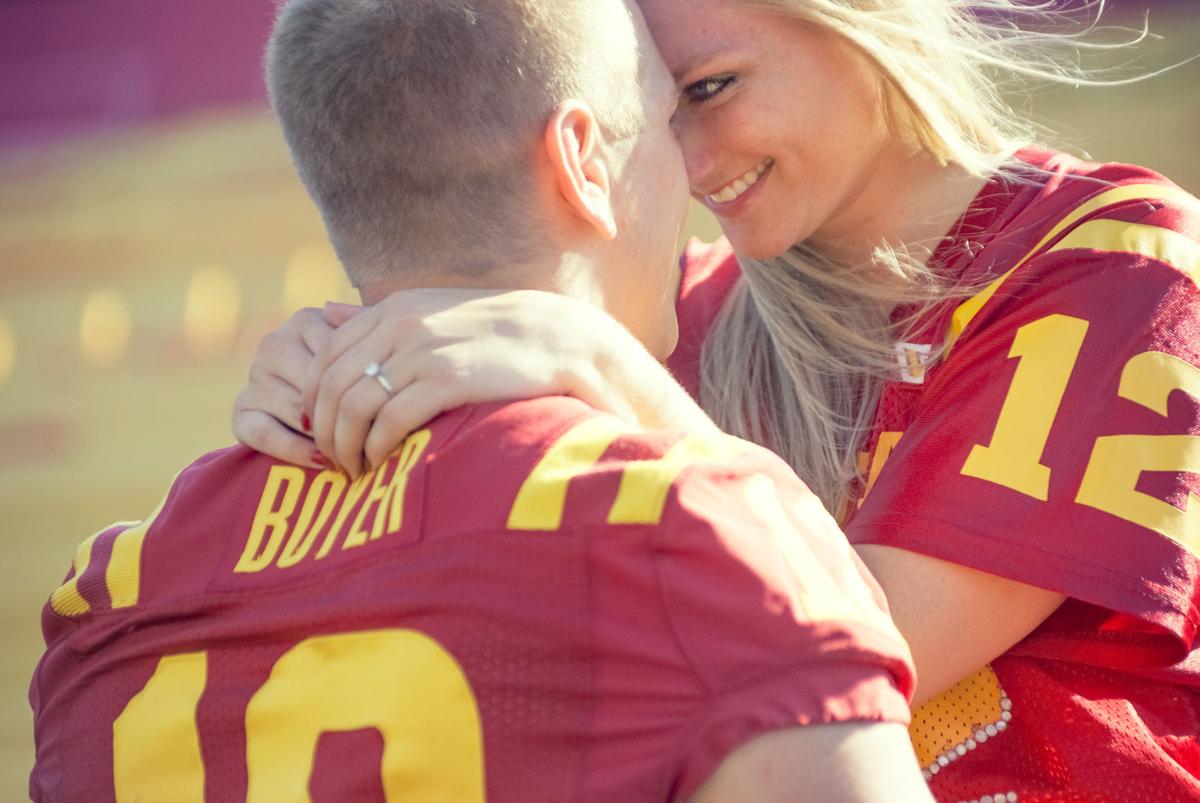 Wes and Kelsie Boyer were married in Hartley at the Trinity United Church of Christ. They then traveled to Okoboji for their reception at Arrowwood Resort. 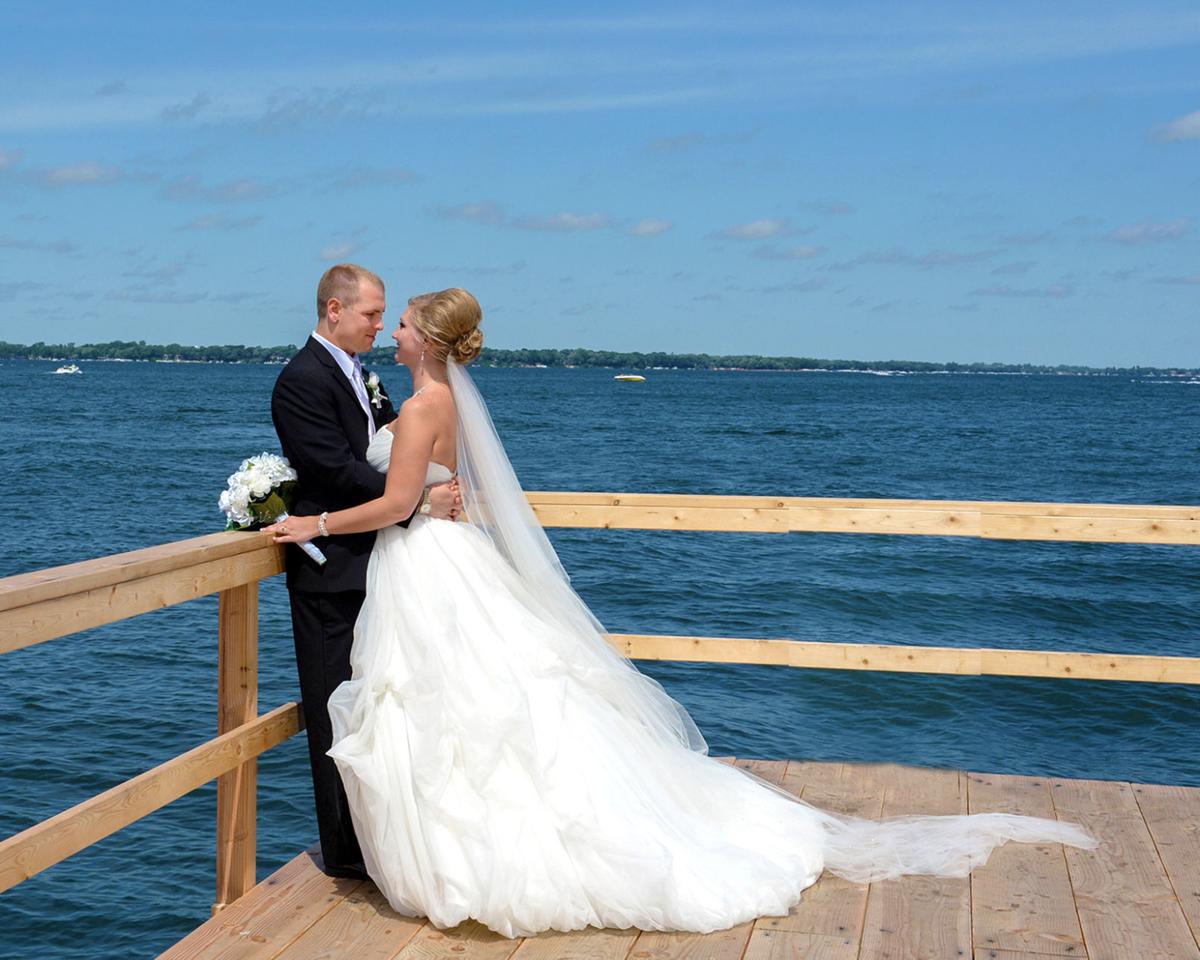 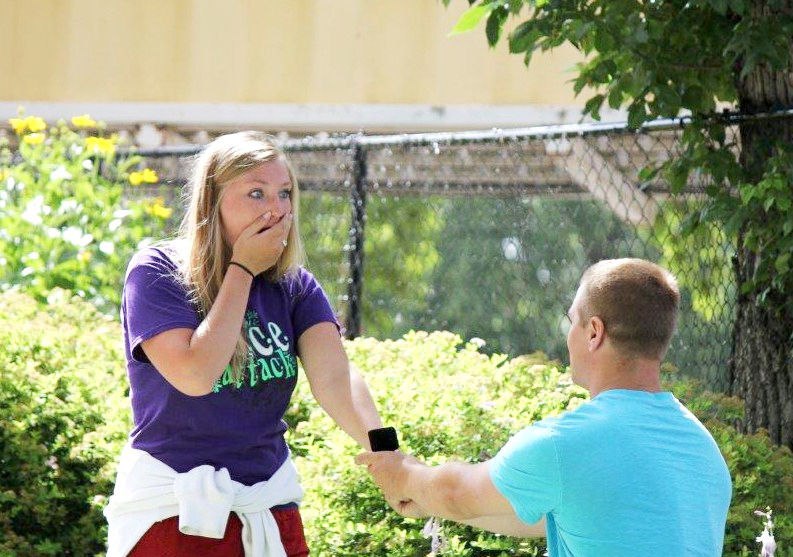 Wes Boyer proposed to Kelsie Mills  on July 27, 2013 at the spot where they had one of their very first dates, Pirate’s Cove Golf Course in Arnolds Park. The box with the ring was hidden in one of the golf holes. 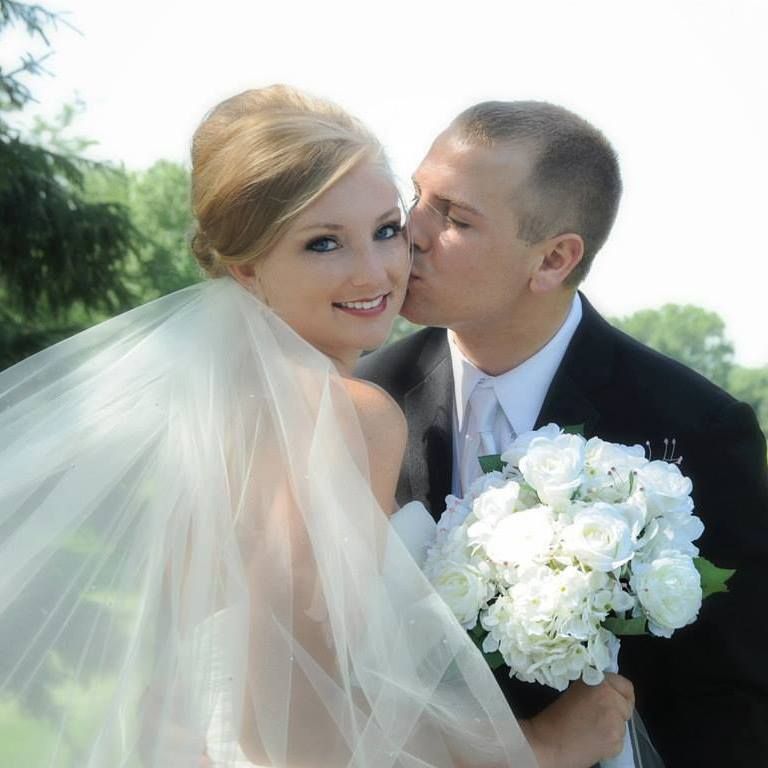 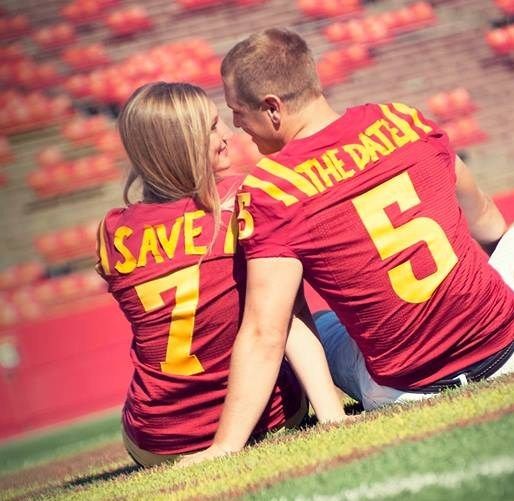 Wes and Kelsie Boyer were married in Hartley at the Trinity United Church of Christ. They then traveled to Okoboji for their reception at Arrowwood Resort.

Wes Boyer proposed to Kelsie Mills  on July 27, 2013 at the spot where they had one of their very first dates, Pirate’s Cove Golf Course in Arnolds Park. The box with the ring was hidden in one of the golf holes.

You might not know this, but there is more than one way to score a hole-in-one.

If you were lucky enough to have been at the Pirate’s Cove Golf Course in Arnolds Park Amusement Park on July 27, 2013, you would have seen Wes Boyer and Kelsie Mills score their own version of a hole-in-one.

Here’s the story, which ends with a little black box in a mini-golf course hole.

This Hartley girl and Cedar Falls guy met at Iowa State University in 2011. And they both knew within months that they had met the person they were going to marry.

“He was just so sweet and funny, and I could be myself around him,” Kelsie said about Wes. “We knew after three months of dating. We knew we were going to get married one day.”

Even though Kelsie grew up in Hartley, her parents, Greg and Kristy Mills, have a house on East Okoboji where she spent her summers from 7th grade on up. And one of the couple’s very first dates was to go mini-golfing at Arnolds Park Amusement Park.

Fast-forward through two happy years together to July 27, 2013.

The couple has looked at some rings, and Kelsie decided she would be happy with a solitaire.

“I knew I would like that style and he could pick out anything in the style and he wouldn’t have to worry,” Kelsie said.

But it ended up that Wes had a lot of other things to worry about when it came to the plan for his proposal.

“Wes starts football camp and it runs the whole month of August so that was going to be our last chance to go home and be out on the lake,” Kelsie said.

This was the weekend that Wes had his whole proposal plan set for, but there was a wrinkle.

“I had an internship and my boss told me I was going to have to stay and work that weekend,” Kelsie said. “It was funny how that happened the one weekend we had to go home.”

But Kelsie put in some extra hours and they did make it up to the Mills’ home on East Okoboji.

While Kelsie was kept occupied elsewhere, Wes put his plan into action.

He went to the mini-golf course to talk to staff to get everything set for the proposal.

In fact, Kelsie’s parents had done a little reconnaissance work the night before.

“They had went mini-golfing with friends the night before to let Wes know what holes would be the best,” Kelsie said.

Finally everything was set and the couple decided to go on a boat ride before heading over to Arnolds Park for a fun round of mini-golf.

Little did Kelsie know that her parents were rushing in their car to beat them to the mini-golf course.

Kelsie’s family was hiding in the cave and in bushes around one hole and they were telling everyone ahead of Kelsie and Wes what was going to happen.

When Kelsie and Wes made it to the designated hole, a staff member asked if they would mind if he cleaned off that hole. He slipped the ring box into the hole.

“I hit my ball in and I was like what’s that? It was a little black velvet box and he grabbed it out of my hand and got down on one knee,” Kelsie said. “I about fainted. I could not believe it.”

Oh, and of course, she said yes. Thus, the hole-in-one.

In addition to her family watching from their hiding spots, many of the golfers who Kelsie’s parents had told about the proposal plan kind of hung around to see the big moment.

“All the people that had been going through who my parents told what was going on they waited and then clapped. It was really cute,” Kelsie said.

So despite all of the problems that kept popping up, Wes’s proposal plan went pretty much as he had hoped.

“He is really shy and quiet. I couldn’t see him having a mile of rose petals — this is more him than that. This was one of our special remembrance places where we had one of our first dates, and that’s why he wanted to do it there,” Kelsie said.

After they both graduated, the couple married July 5, 2014. The ceremony was in Kelsie’s hometown church in Hartley, the Trinity United Church of Christ.

It was the church where her parents were married, her dad was confirmed and her grandma played the organ. Their reception was back up in the Iowa Great Lakes at Arrowwood Resort & Conference Center in Okoboji. 

From the February 2015 edition of Okoboji Magazine.