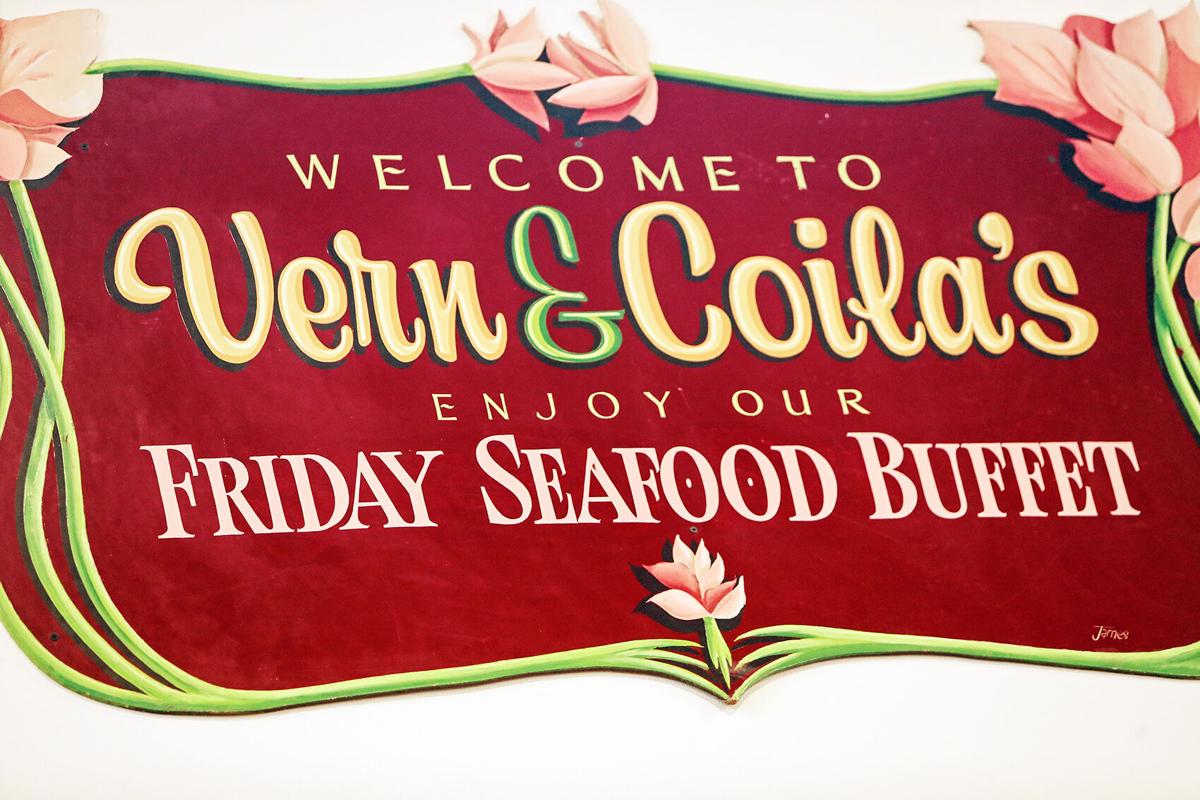 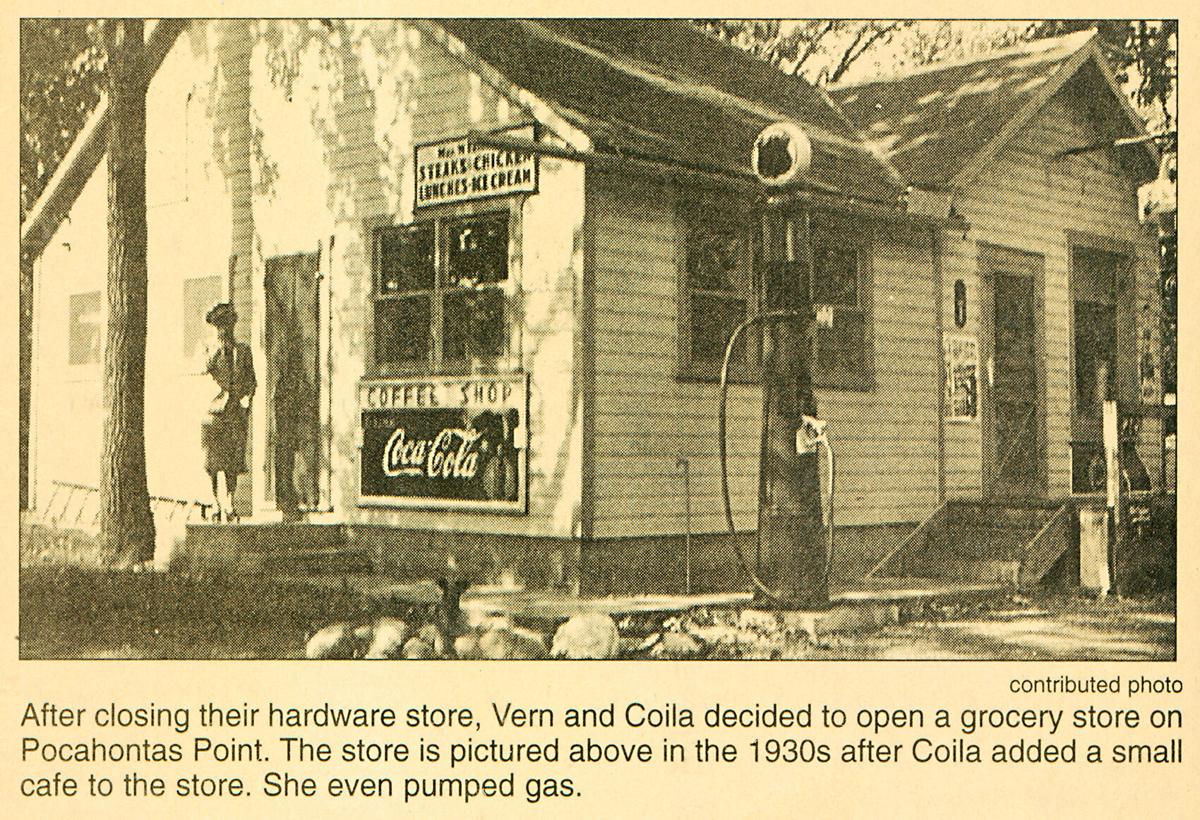 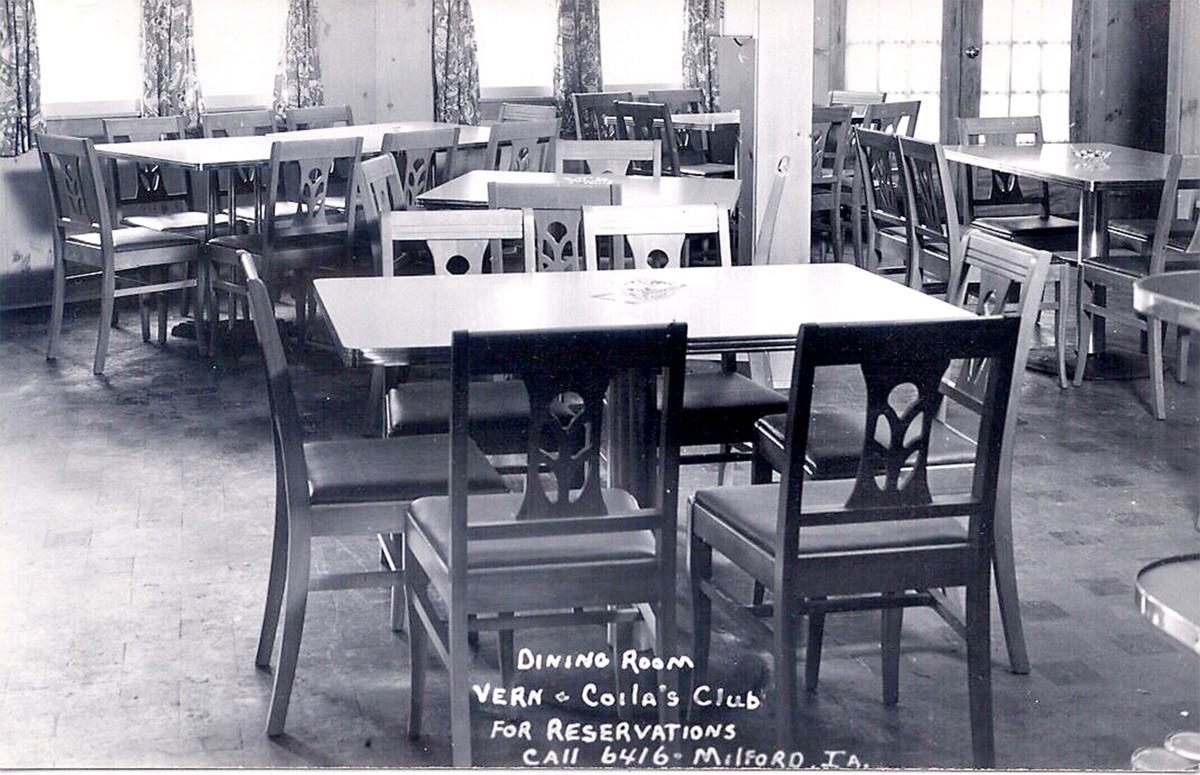 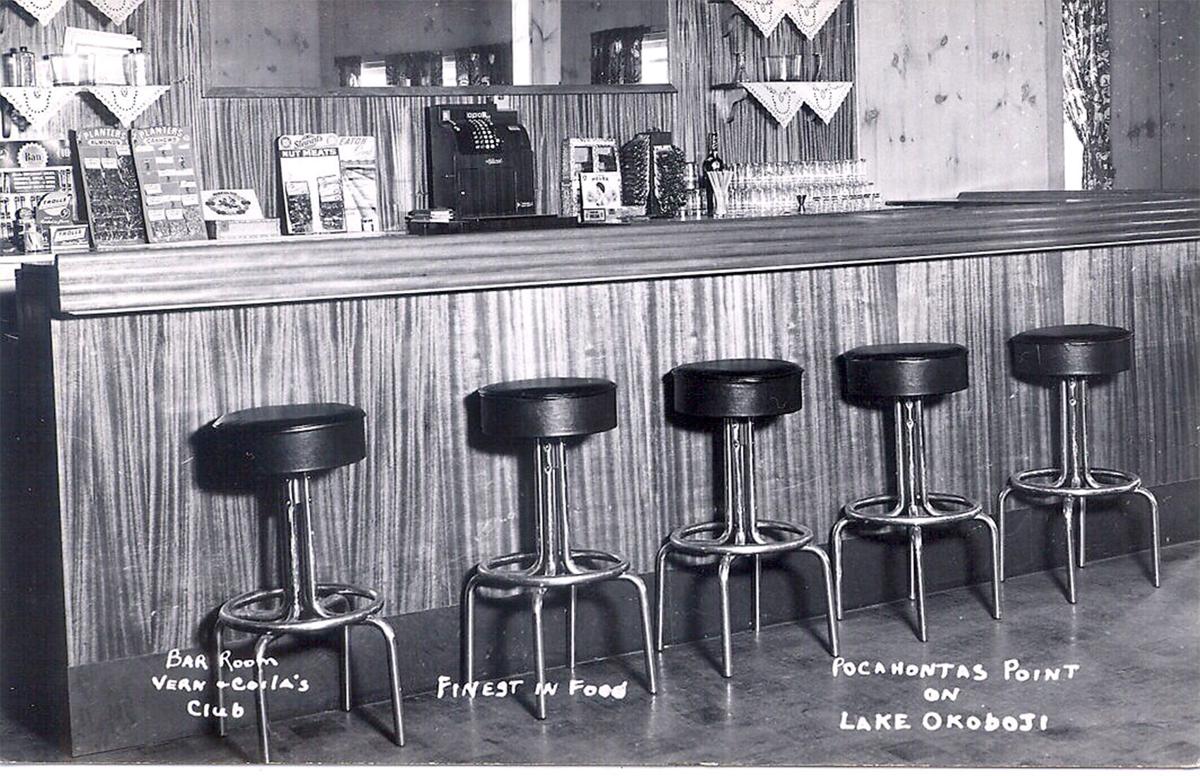 Vern and Coila’s served as Okoboji hot spot for decades

For decades Vern and Coila’s was a fixture in the Iowa Great Lakes.

It was the place to be, eat and listen to live music for much of the twentieth century.

This institution of the Lakes started off quite a bit smaller though with a story brimming with history.

The eponymously named restaurant was started by Vern and Coila Titterington after the Great Depression, which sank their original business — a hardware store in Arnolds Park.

They decided to move back to the family dairy farm where Coila’s parents, the Jeppesons, lived opposite of Pocahontas Point in 1932.

The story of Vern and Coila’s restaurant was told by their daughter Gertrude Marcia Titterington, who went by Marcia, in an article published in the “Dickinson County News.”

As the economy slowly started to move forward again, Coila decided to open a small grocery store, according to the article.

Laurens (wholesaled grocery firm) came up after my grandfather put up the building,” Marcia recalled. “They said we’ll stock the store with groceries and in the fall we’ll pick up the remaining stock and you can pay us for what you sell.”

The small store was open only in the summer and was popular because they delivered ice and groceries. Prohibition came to an end so they decided to put in a little bar in the grocery store. Soon after, they started serving up fried chicken and homemade pie in a small addition with only five tables.

“This was the place to go even though it was nothing,” Marcia said in an interview with “Okoboji Adventures Magazine” in 1989. “It wasn’t fancy. There were no indoor bathrooms, but the place did have running water. People would sit on pop cases all dressed up. The regulars named it ‘The Club.’”

But the dream was a lot bigger than five tables and in 1946 they made the dream a reality.

“They saved enough money to build the place,” said Marcia. “I know they never borrowed anything from the bank. They managed to pay the carpenters, and all the building supplies came from the Smith Lumber in Milford. They said just pay as much as you can at the end of the summer and I remember my mother saying, ‘I wonder if I will ever live long enough that I don’t owe Smith Lumber.’”

Unfortunately, Vern passed away just two years after the restaurant was opened at the age of 39 in 1948.

Coila carried on the dream and eventually the restaurant was open 12 months out of the year and became one of the standout places to enjoy an evening in Okoboji.

“My mother had some firm thoughts about that. We’d be sitting there in the middle of a blizzard, and she would say that if one person makes the effort to come here we have to be open. So we’d sit there and work jigsaw puzzles and some nights no one would come.”

The restaurant was the site for many memories, like those of Mary Kennedy, curator of the Iowa Great Lakes Maritime Museum.

“In the ’50s my parents took me to Arnolds Park Amusement Park one evening every summer. We always ate dinner at Vern and Coila’s first, it was the tradition. Then when Steve was in high school in the ’60s he was an orderly at the Spirit Lake Hospital and his mother was director of nursing there. One of our first dates was the Hospital Christmas Party held at Vern and Coila’s. I was so excited to go and still remember what I wore,” Kennedy said. “After we were married and moved back to Spirit Lake, Steve and I enjoyed going to Vern and Coila’s, which sometimes had live entertainment. Our favorite singer there was Stan Gunn and I remember how fun it was when he sang ‘Tie a Yellow Ribbon ‘Round the Old Oak Tree,’ because everyone there went crazy for it. (The song came out in 1973).”

Marcia eventually married Daryl Whitney and they continued to work at the restaurant for Coila until she suffered a stroke in 1978.

Daryl and Marcia continued to run the restaurant until 1989 when both her mother, Coila, and Daryl died.

Marcia sold Vern and Coila’s in 1990 and a few years later the restaurant’s doors were closed permanently and it was torn down. Two private homes were built on the property in addition to a park honoring Vern and Coila.

Orange City restaurant hopes to be a kick

ORANGE CITY—While it doesn’t have anything to do with the Patrick Swayze movie, Aaron Lenz said he liked the neutrality of the name The Roadho…