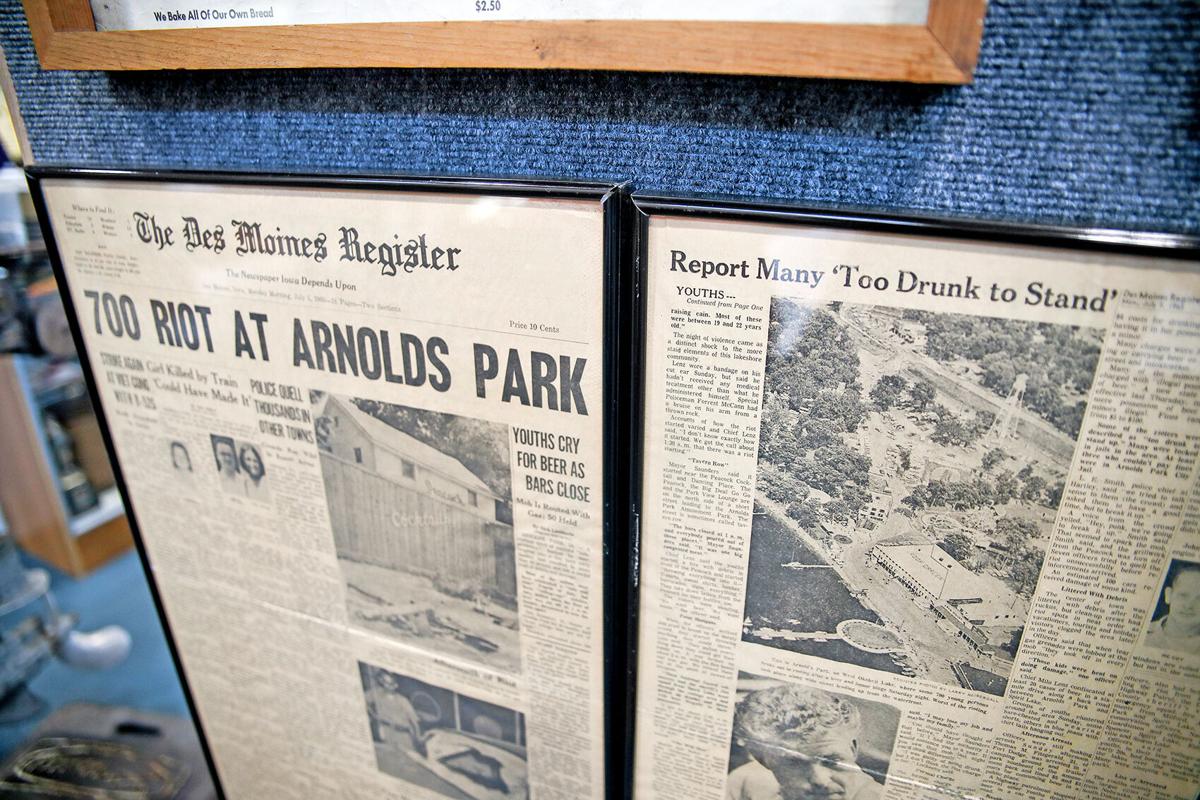 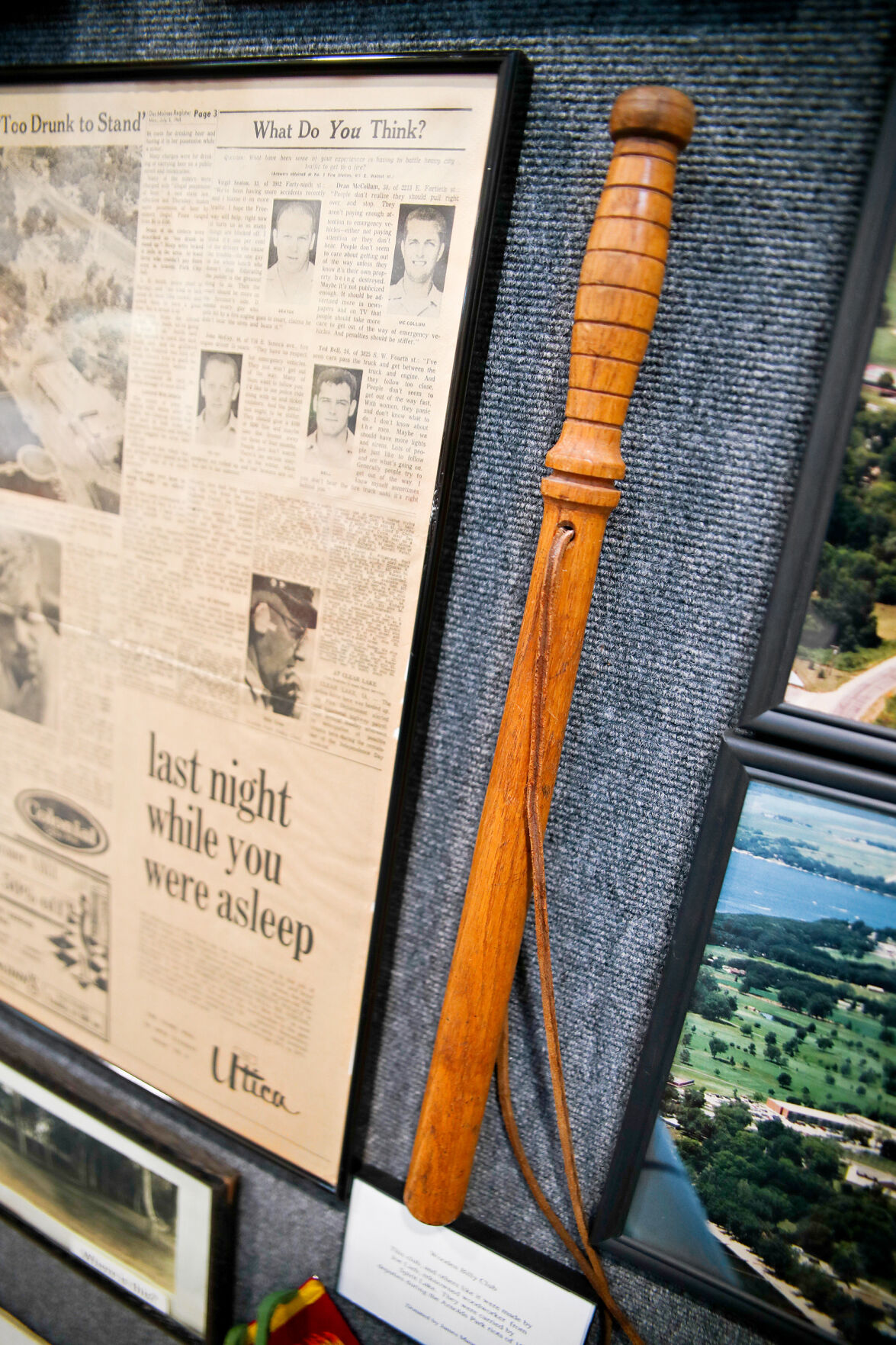 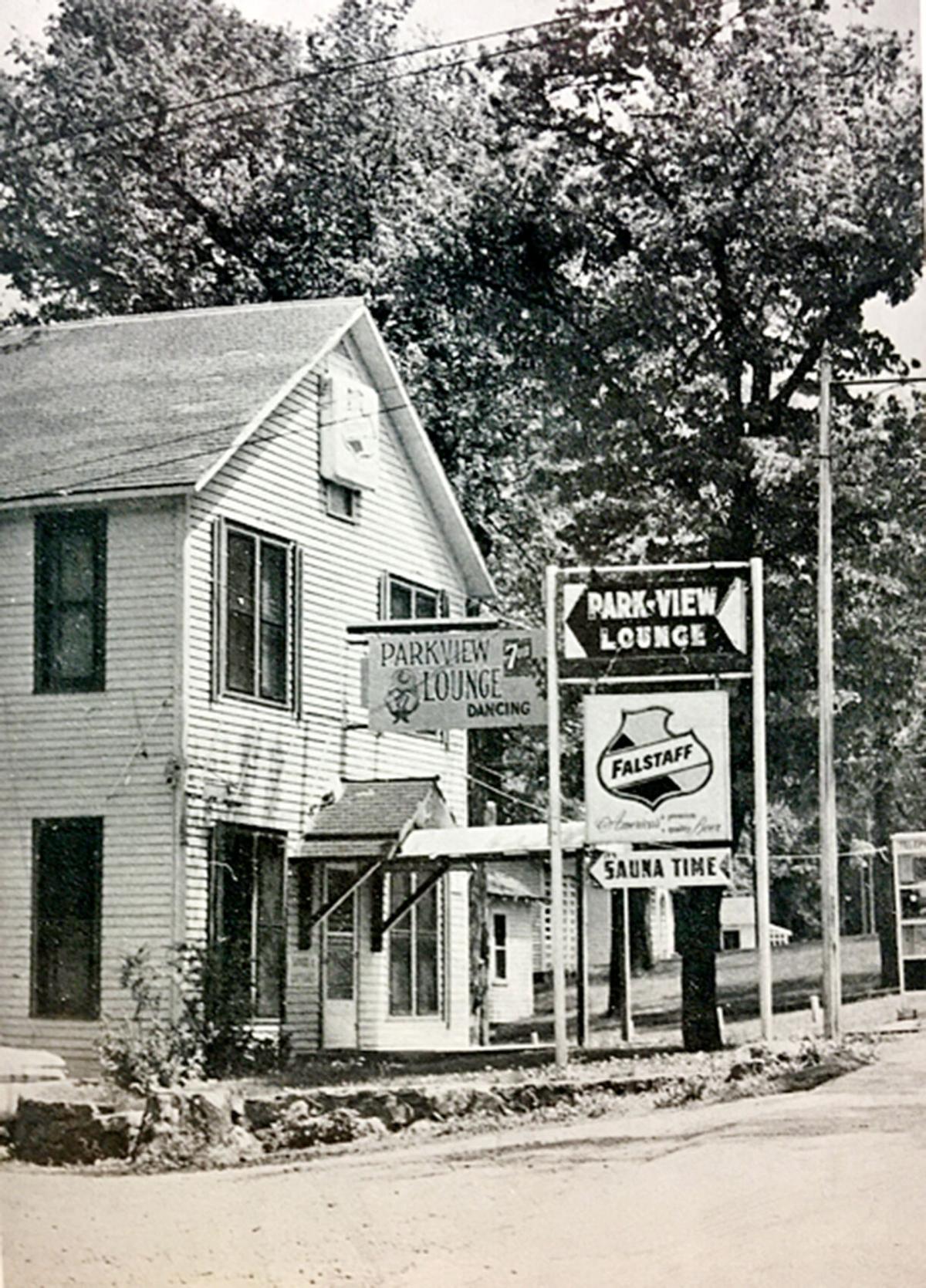 The Fourth of July is a time to celebrate.

For decades the Iowa Great Lakes has served as a gathering place for those looking to enjoy the holiday. People love to gather to enjoy the fireworks, water, food and the ice cold adult beverages.

But instead of a night of fun, July 4, 1965, was filled with danger and destruction that the local citizens and law enforcement would not soon forget and would become known as the Arnolds Park Riot.

The Iowa Great Lakes Maritime Museum has on display newspaper articles detailing what happened that night as well as a billy club that was used during the riot.

Accounts of the night agree that things took a turn after the bars closed at 1 a.m. Sunday, July 4.

Ben Saunders, the mayor of Arnolds Park at that time estimated that about 700 youths were involved in the riot, but some others estimated the crowd at far larger numbers — up to 2,500.

Saunders said that the riot started at what was referred to at the time as ‘“tavern row” near Peacock Cocktail and Dancing Place, the Big Deal Go Go and the Park View Lounge, which were located on a short street leading into Arnolds Park Amusement Park.

“The bars closed at 1 a.m. and everybody poured out of those places,” Saunders said in an article in “The Des Moines Register” on July 5, 1965. “It was one big congested mess.”

Milo Lenz, Arnolds Park’s police chief of 15 years at the time, said the rioters were shouting, “We want beer, we want booze.”

But the call for one more drink turned violent fast.

“Chief Lenz said the youths started a fire with debris in front of the Peacock and started ‘throwing everything into it — T-shirts, sweatshirts, lumber, barricades, signs, everything.’ They tore down lattice from the Peacock for their bonfire, too,” the Des Moines Register’s article said.

The damage went much further.

“Two policemen were injured in the weekend rioting, five police cars, two fire trucks and at least a dozen private vehicles were damaged by the barrage of rocks, broken concrete, beer bottles and any other available objects which could be thrown by the surging mob,” according to an article in the July 8 edition of the “Spirit Lake Beacon.”

Lenz himself was cut above the ear and Ralph Gregerson, a volunteer with the Arnolds Park Fire Department, suffered a fractured wrist, severe head lacerations and bruising after being dragged 50 feet behind a vehicle after being unable to remove rioters from the vehicle.

The crowd was eventually dispersed around 2 a.m., according to a quote from Lenz.

“It was broken up about 2 a.m. with the fire hoses and tear gas. We moved them out at the point of sawed-off shotguns,” Lenz said.

Around 150 people were arrested following the incident and justice was handed out quickly to some of the alleged ringleaders of the riot.

Saunders didn’t waste time and held court at City Hall starting around 3 a.m. Sunday, July 4. Monte Lee Lockerby of Council Bluffs was identified as one of the main instigators of the riot.

“He and his buddy started at the State Pier (just north of the amusement park) and headed up this way toward the Peacock,” Special Policeman Forrest McCann testified. “He’d stop and holler, ‘Riot, riot.’ He threw his hands up in the air and said, ‘Let’s tear up this town.’”

After everything was said and done there were an estimated 100 cars that received damage and Arnolds Park was littered with debris. Volunteer clean up crews jumped right in and restored order so that tourists were able to enjoy the site later that same day.

Some local businessmen tried to downplay the incident in a later article, but law enforcement’s statements about that night left no room for equivocation.

Dickinson County Sheriff Bob Baker said in the same Register article the people “acted like a bunch of wild men — it was a riot, there’s no doubt about that.”