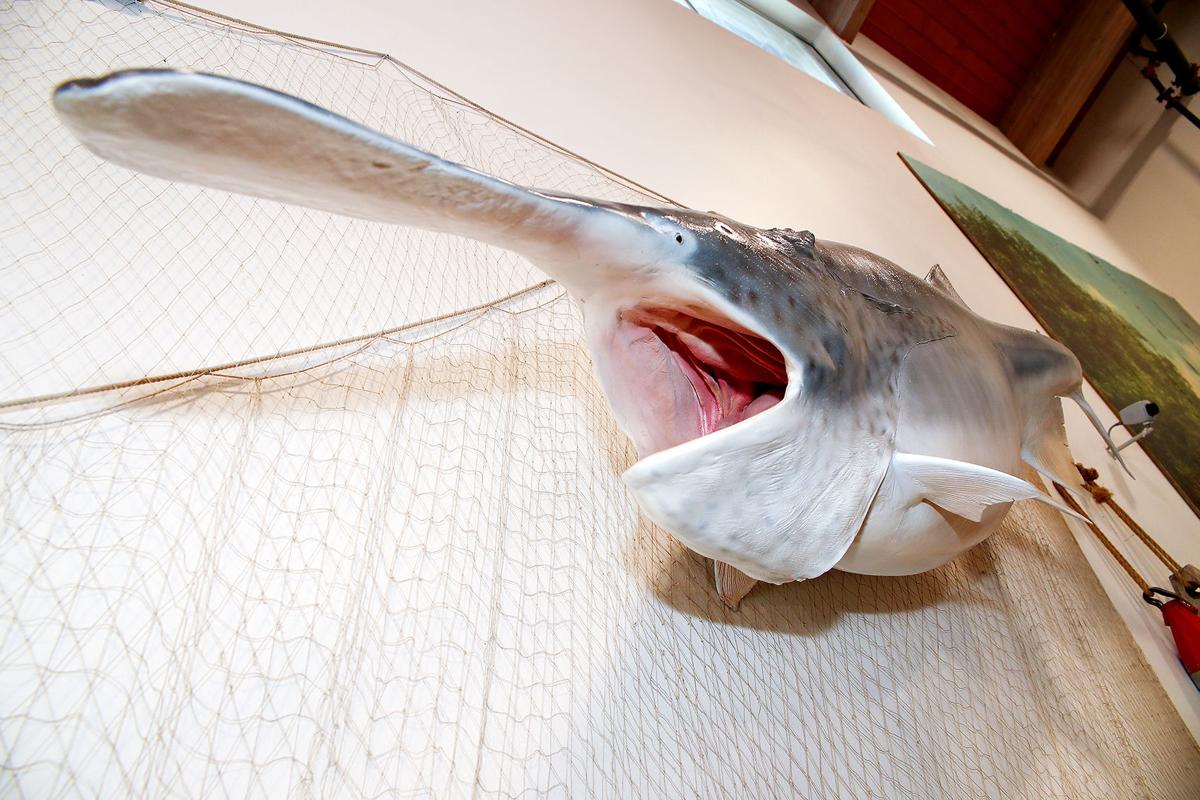 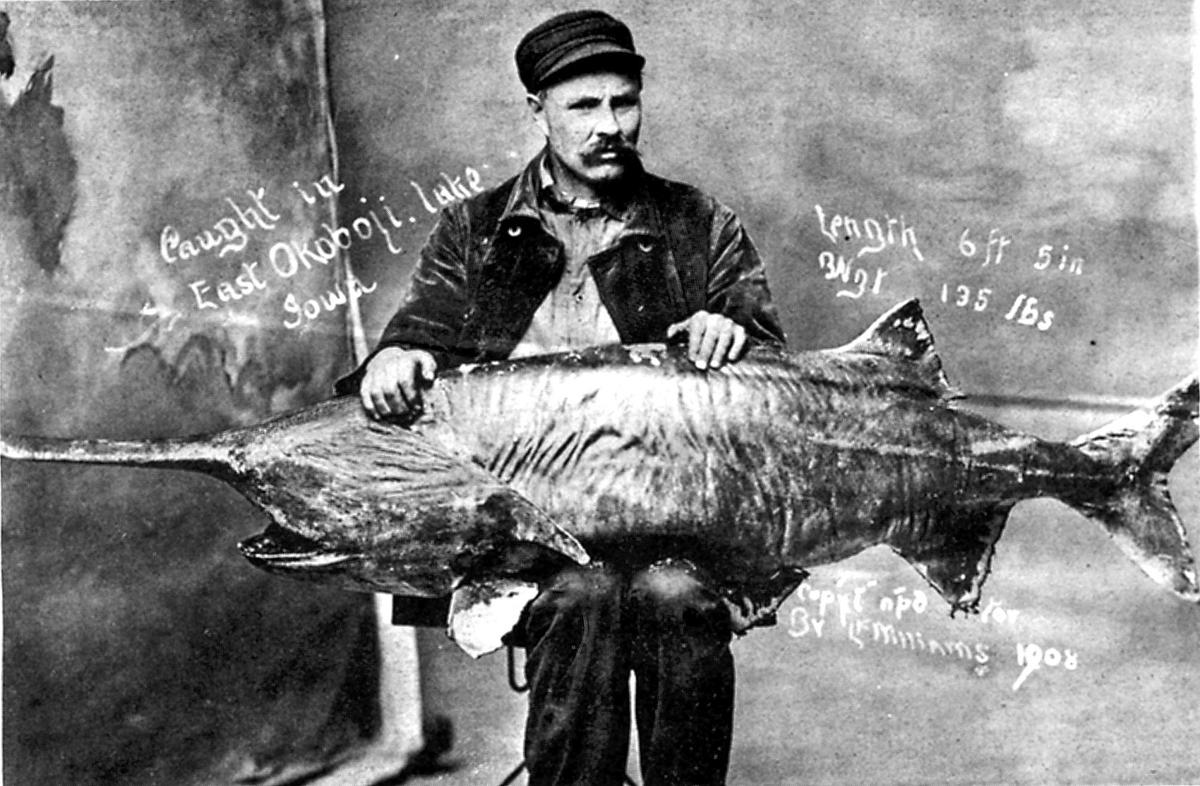 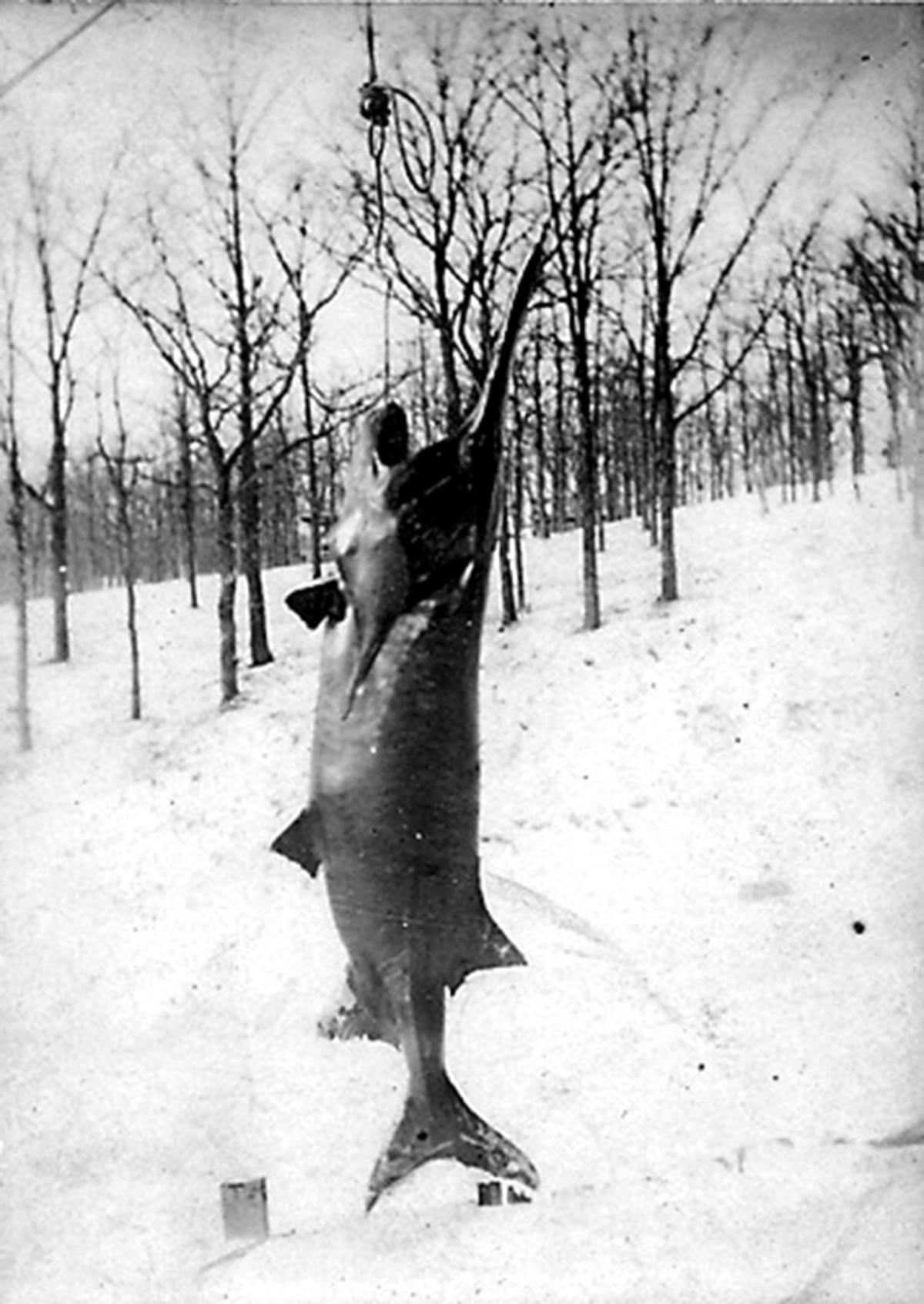 The story of some fabled and some real-life lake monsters

Paddlefish were once found in the waters of East and West Lake Okoboji, according to Mary Kennedy, the curator at the Iowa Great Lakes Maritime Museum. These freshwater fish were truly massive.

The largest paddlefish caught in Okoboji is in fact the largest fish ever taken from the Okoboji Lakes. It weighed in at 210 pounds and was six and a half feet long. It was caught in 1919.

Reports of these mammoth fish started around 1900 and continued until 1919 when the last paddlefish was caught in Okoboji waters.

The Iowa Great Lakes Maritime Museum has a replica of the largest paddlefish ever caught in Okoboji, and if you’ve seen the artifact or even the fish in real life you will admit it’s a weird looking fish.

Paddlefish are slate in color with an extremely long snout, long gill covers and a mouth similar to a shark. As young fish, the paddlefish have tiny, fine teeth, but as they age they lose their teeth and are toothless as adults. Paddlefish exist on a diet of plankton and small plants.

In addition to these real-life giants of the water, there are rumors of something even larger lurking in the Okobojis.

The tale of “Obojoki” is one of legend. This mythical creature is said to be 140 feet long and green or bluish-gray in color with scales or a pattern that resembles scales.

Apparently, there have been sightings of this Okoboji version of the Loch Ness Monster since the early 1900s, and though it was originally thought to have been invented to attract tourists, the prolific amount of reports over a wide span of years makes some believe there’s more to this story.

An article published in the “Vindicator and Republican” newspaper from Estherville reported that a couple had a run-in with the mystery creature in the early 1900s.

“They saw something, or rather saw where something was. They have no idea what it was. It might have been a sea serpent, or it might have been some kind of a fish that had grown to unusual and extraordinary size. They were out in the lake in a boat, when they noticed a short distance from them a terrible commotion in the water. The thing, whatever it was, was moving quite rapidly through the water and quite close to the top, and had the appearance of being as large as an overturned skiff. It made waves so large that Mr. Bartlett was really alarmed, fearing they would swamp his boat. He does not pretend to know what it was and declares he would not have believed there was such a creature in the lake had he not seen with his own eyes the commotion made by it.”

The waters of the Iowa Great Lakes hold all of these and more.