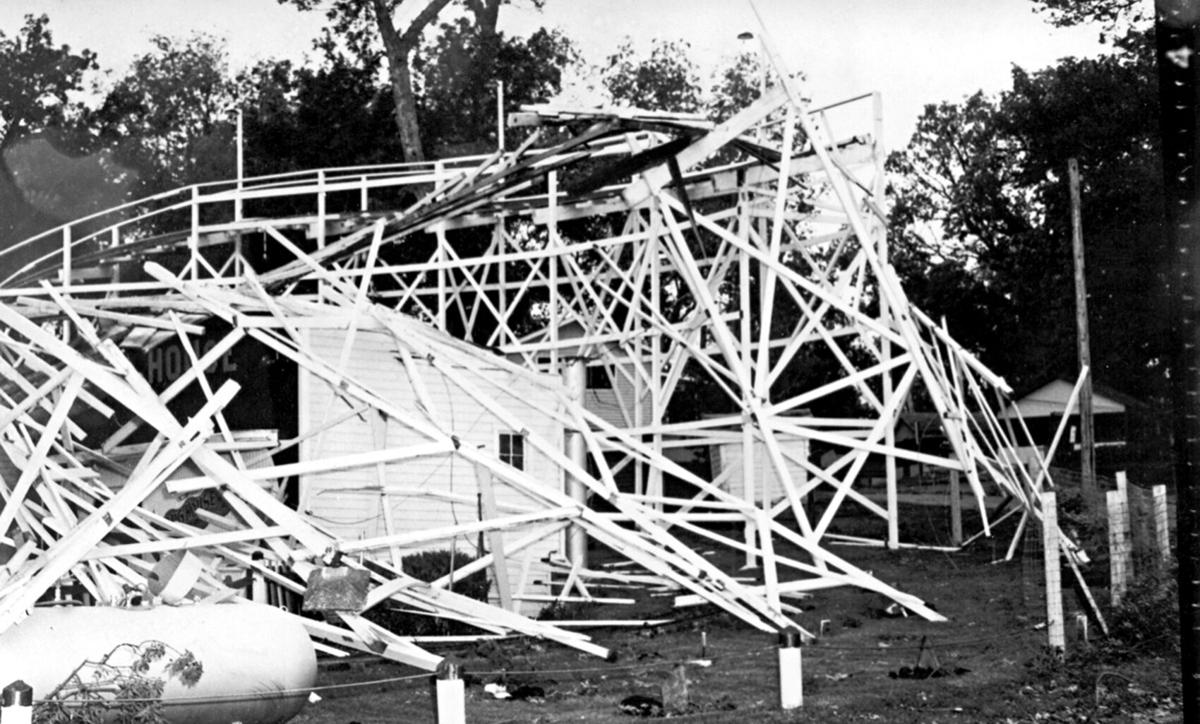 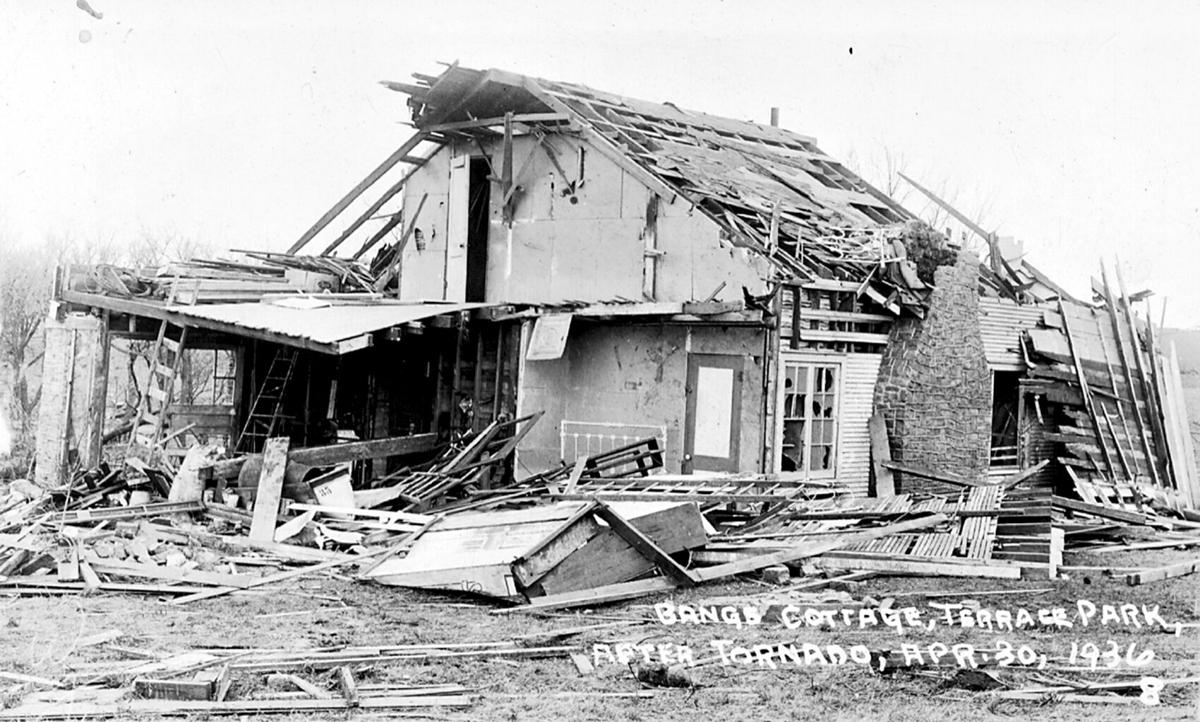 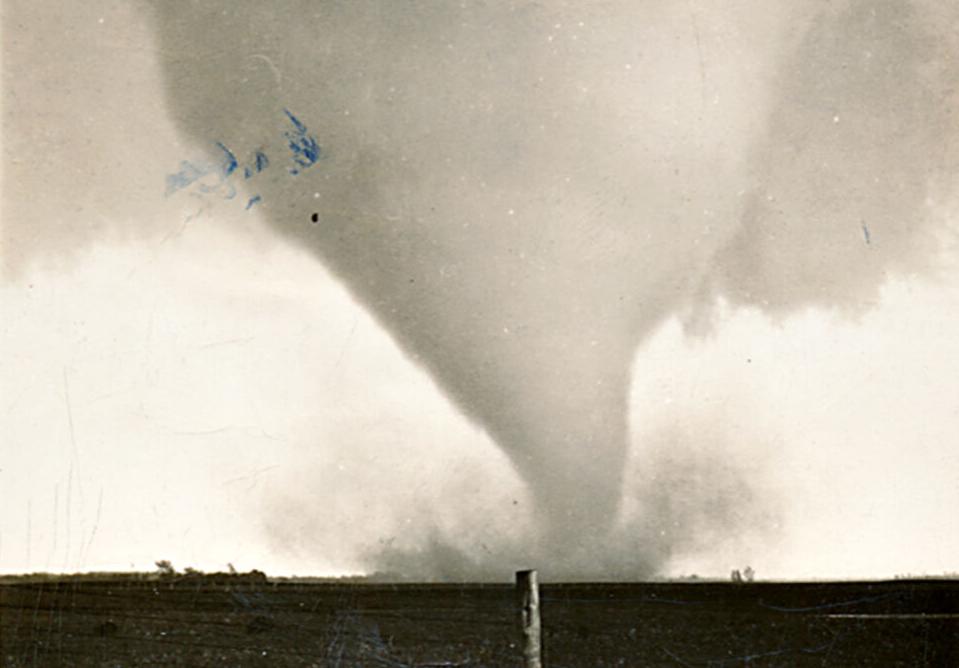 Weather is always a topic of conversation at the Iowa Great Lakes.

The temperature, the humidity, the precipitation — it’s not just polite conversation.

Residents and vacationers are heavily invested in the weather. Sometimes the weather is wonderful for a day out on the boat, sometimes rain drives us inside to explore the stores, but other times, the weather turns downright deadly.

There have been two famous tornadoes that have swept through the Iowa Great Lakes area and each left a heartbreaking path of destruction behind.

The first recorded tornado in the history of Dickinson County occurred around 4 p.m. on a Thursday in May of 1936.

The storm began approximately seven miles northeast of Hartley and moved northeast to west of Milford before moving on to the southern end of West Okoboji Lake.

The tornado killed two and caused upward of $2.5 million in damages.

“The tornado struck 36 farms between Hartley and West Okoboji Lake. Of that number sixteen were demolished, six were partly demolished, six badly damaged and eight received some damage. The number of persons who went through the storm or lost all or part of their property is about eighty-six,” reported the May 7, 1936, article of the Spirit Lake Beacon. “There were thirty-two cottages destroyed at Terrace Park and ten other cottages damaged.”

Despite the severity of the storm, there were those close to it that weren’t even aware of how bad it was.

“At Arnolds Park and Milford there was a thunderstorm with heavy rain, huge hailstones, and some wind. It was recalled that the sound of the tornado striking at Terrace Park or passing over Arnolds Park was not observed that mile and one half away. Very few persons in the park realized there had been a destructive storm so close,” the article went on to say.

Another devastating tornado hit the area on June 13, 1968 and swept right through the heart of the Iowa Great Lakes.

But unlike the tornado of 1936 there was miraculously no loss of life as a warning system was in place. The radio station, KICD of Spencer, announced the warning as did sirens from police and firemen who drove through the Iowa Great Lakes using loudspeakers to alert the crowds.

It was reported that a three-mile wide swath of destruction cut though Dickinson County’s farmland and at least 350 farms were damaged either by the four to five twisters the storm produced or the hail that followed.

Robert Buhrow, the owner and captain of the Empress was aboard the boat during the tornado and reported “The top of the Roof Garden just exploded,” in the June 21, 1968, edition of the Spirit Lake Beacon.

“Destroyed or heavily damaged in the storm were such vacation centers as Fillenwarth’s Beach Cottages, the Parkview Motel and the Roof Garden, a landmark on the Arnolds Park lakefront. All were caught in the path of the twisters that roared through the park at about 7:45 p.m. Destruction in Arnolds Park and the surrounding areas was almost unbelievable,” according to the article.

The park took a number of heavy losses in addition to the roof of the Roof Garden.

“Fortunately, crowds at the amusement park during the midweek late afternoon were small and those on the grounds took shelter in a small pit beneath the Roof Garden,” the article stated.

Other destruction included heavy damage to the Queen, part of the roof of Verna and Coila’s was blown off, the Boys Town facilities were heavily damaged, a new home on West Okoboji was flattened and five upper units of the Parkview Motel, just north of the park were destroyed. At the Lakeland Drive-In Theatre the screen was destroyed and the roof of the box office blew off.

“The tornado apparently touched down across the lake in the Emerson Bay area, causing heavy damage to the Holiday Villa and Emerson Bay resorts, overturning a big mobile trailer home, and blowing over a number of huge trees, some falling on vacation units at the resorts on the west side,” the article went on to state.

In twenty minutes the damage was done and was estimated at nearly $3 million in Dickinson County.

The community came together after the destruction to rebuild, but it is something that those who lived through it would never forget.

Catch Up on History:

To learn more about the 1936 or 1968 tornadoes visit the Iowa Great Lakes Maritime Museum in Arnolds Park.