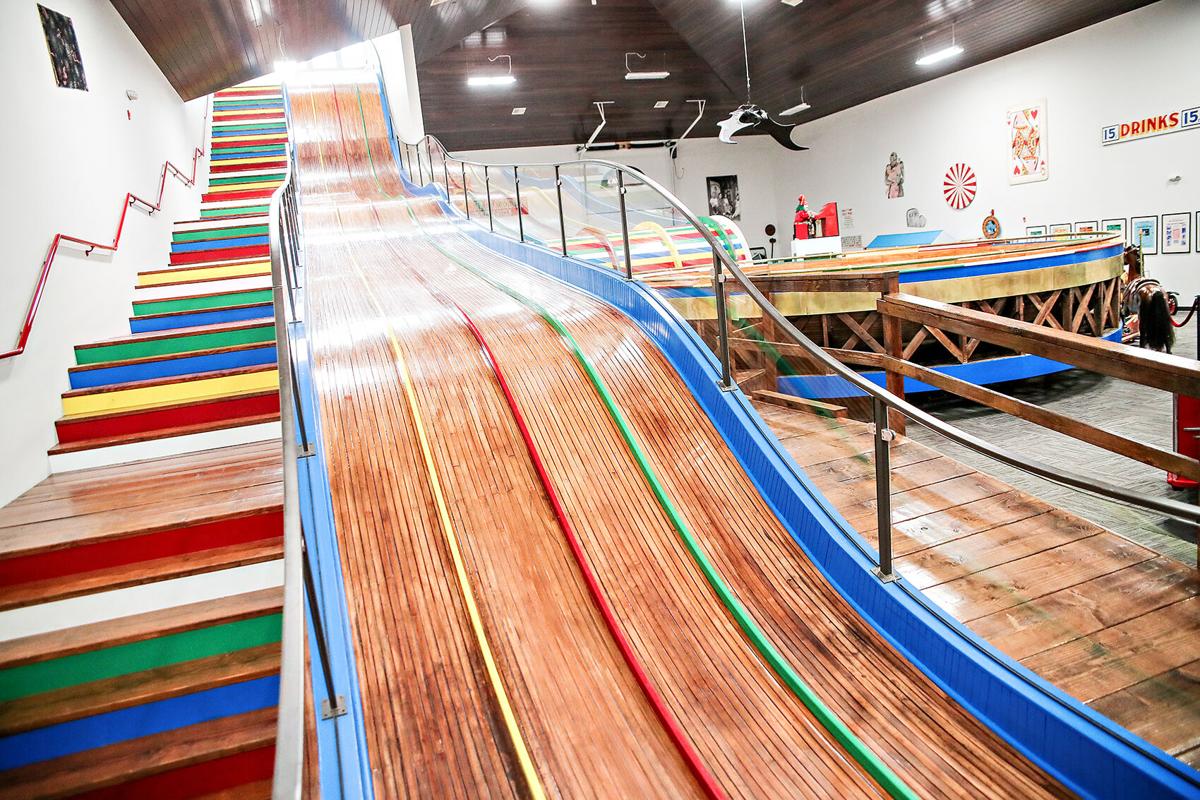 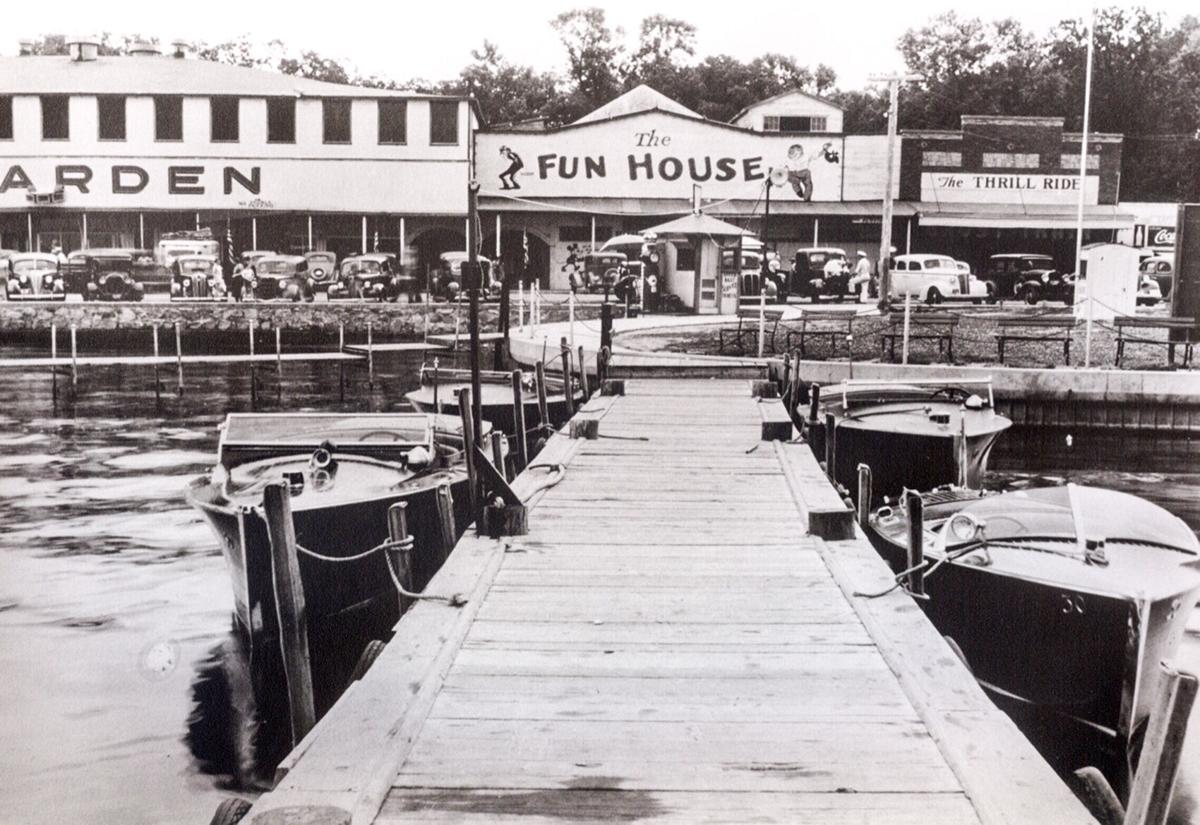 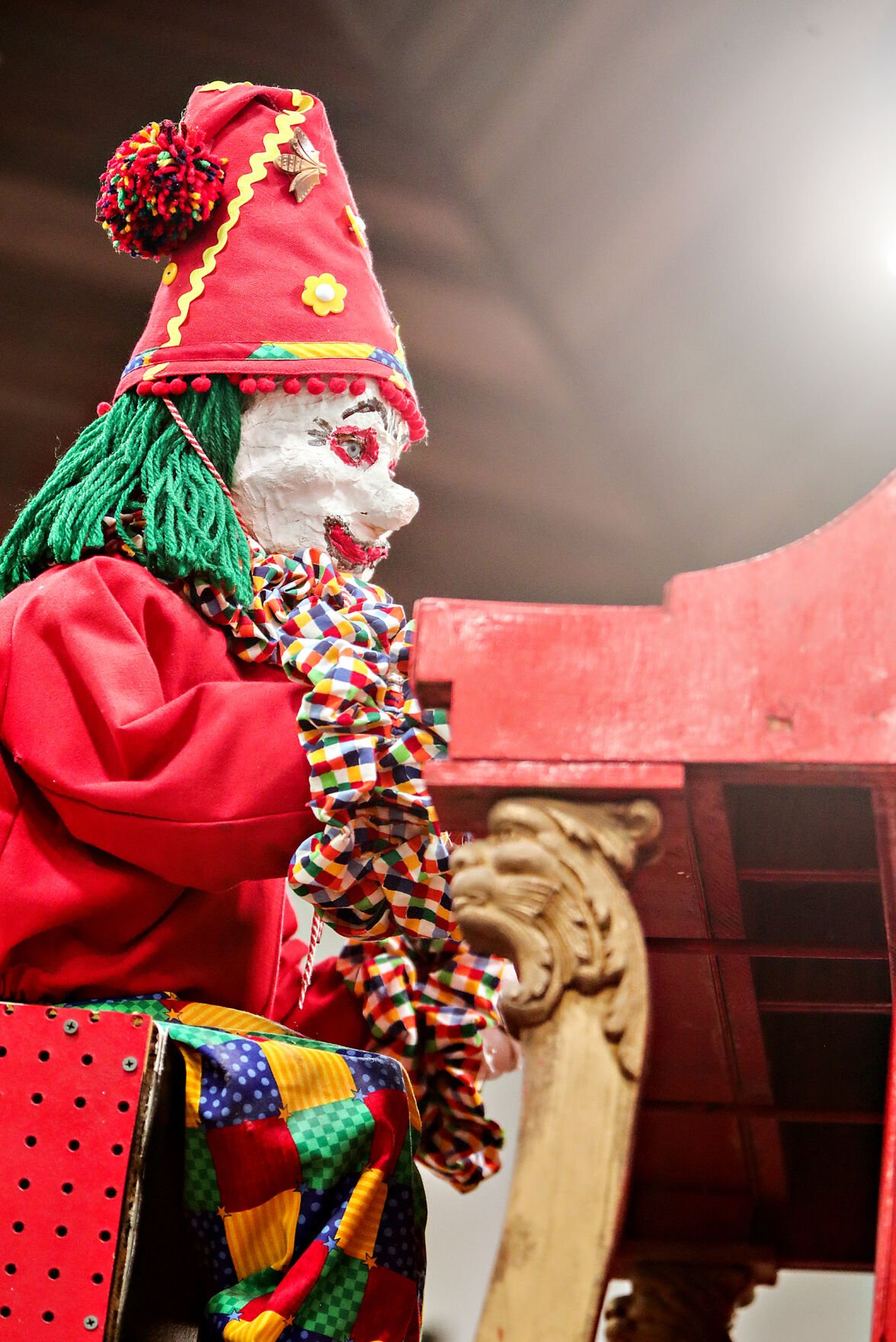 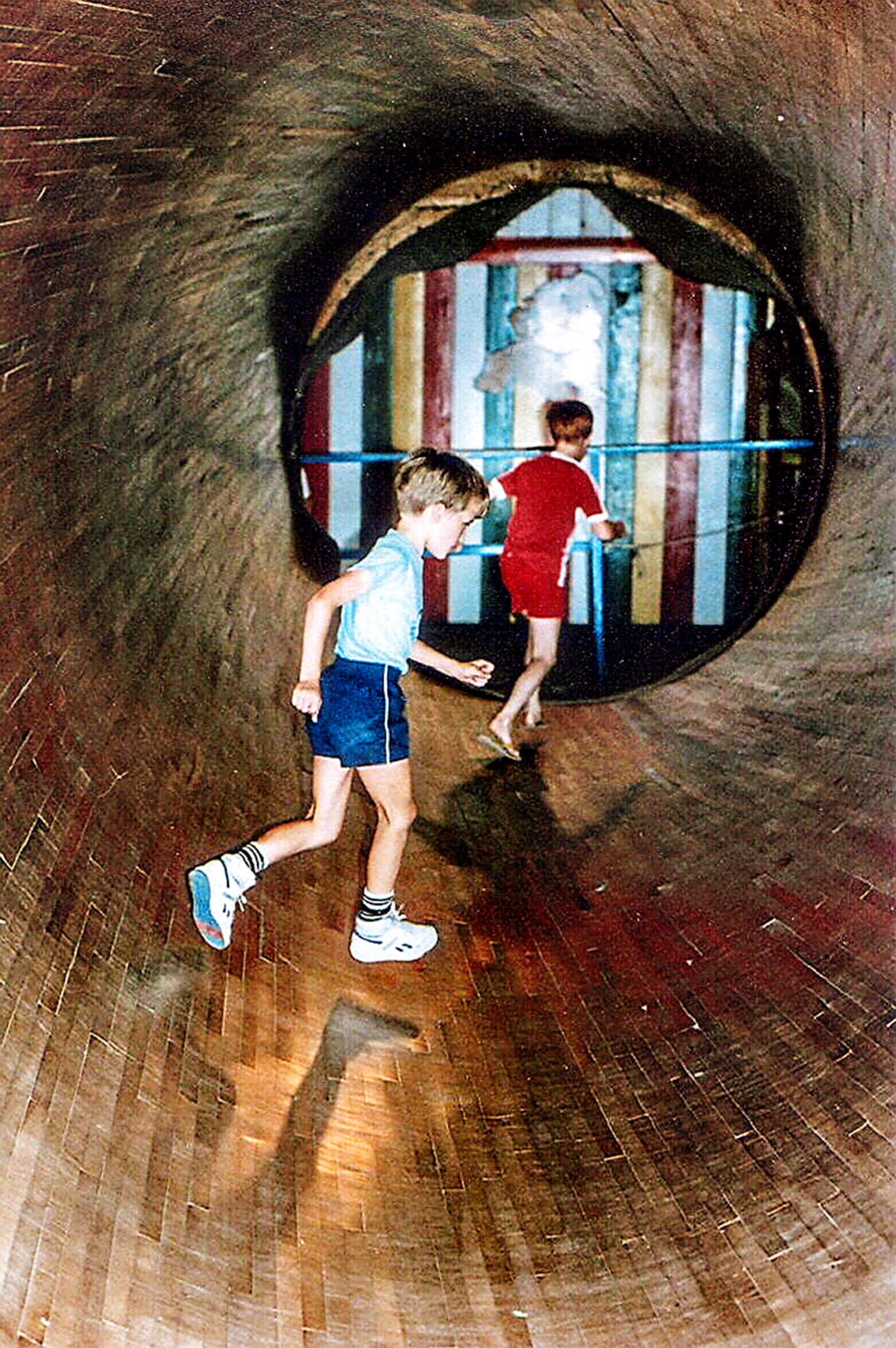 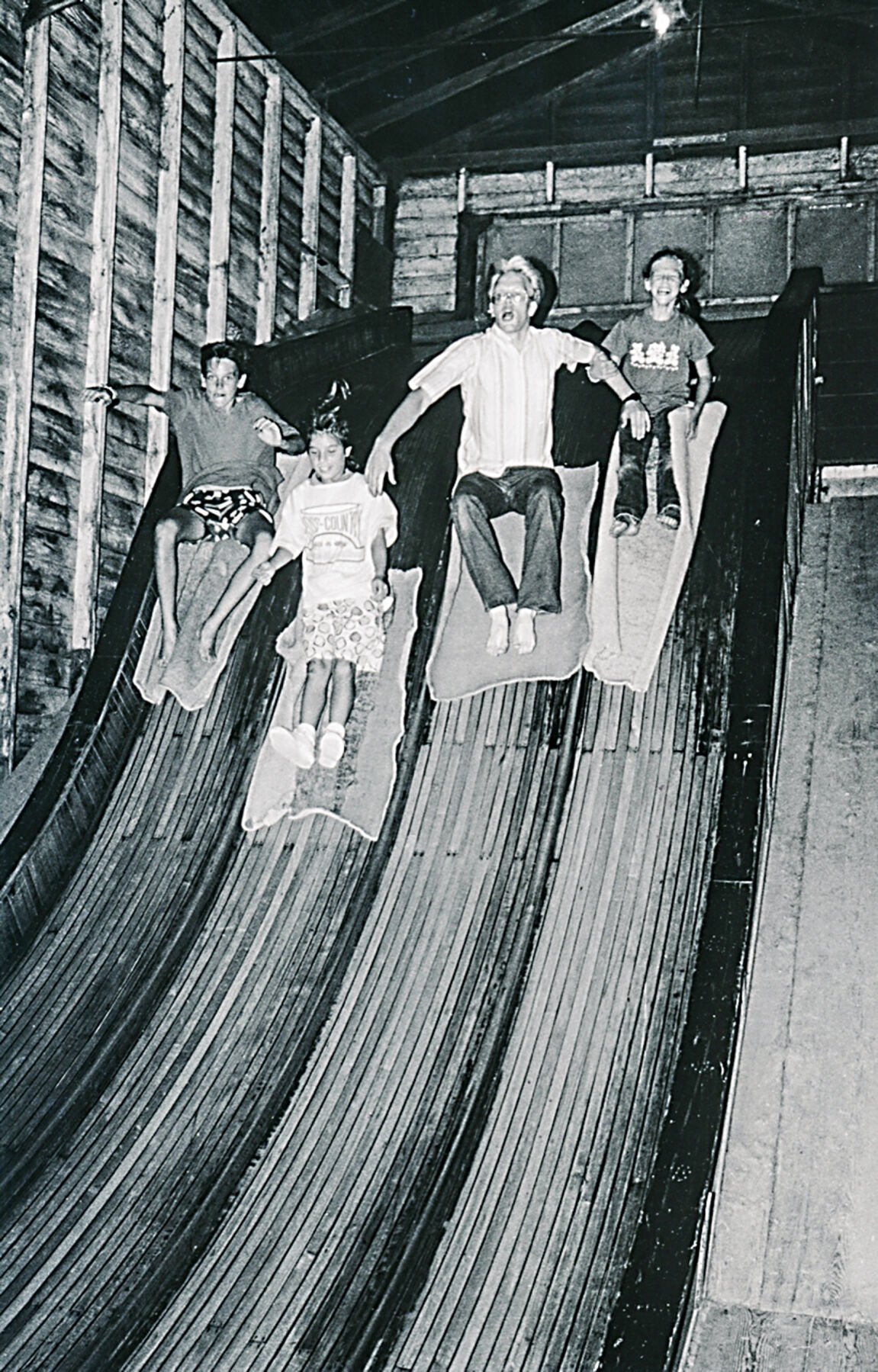 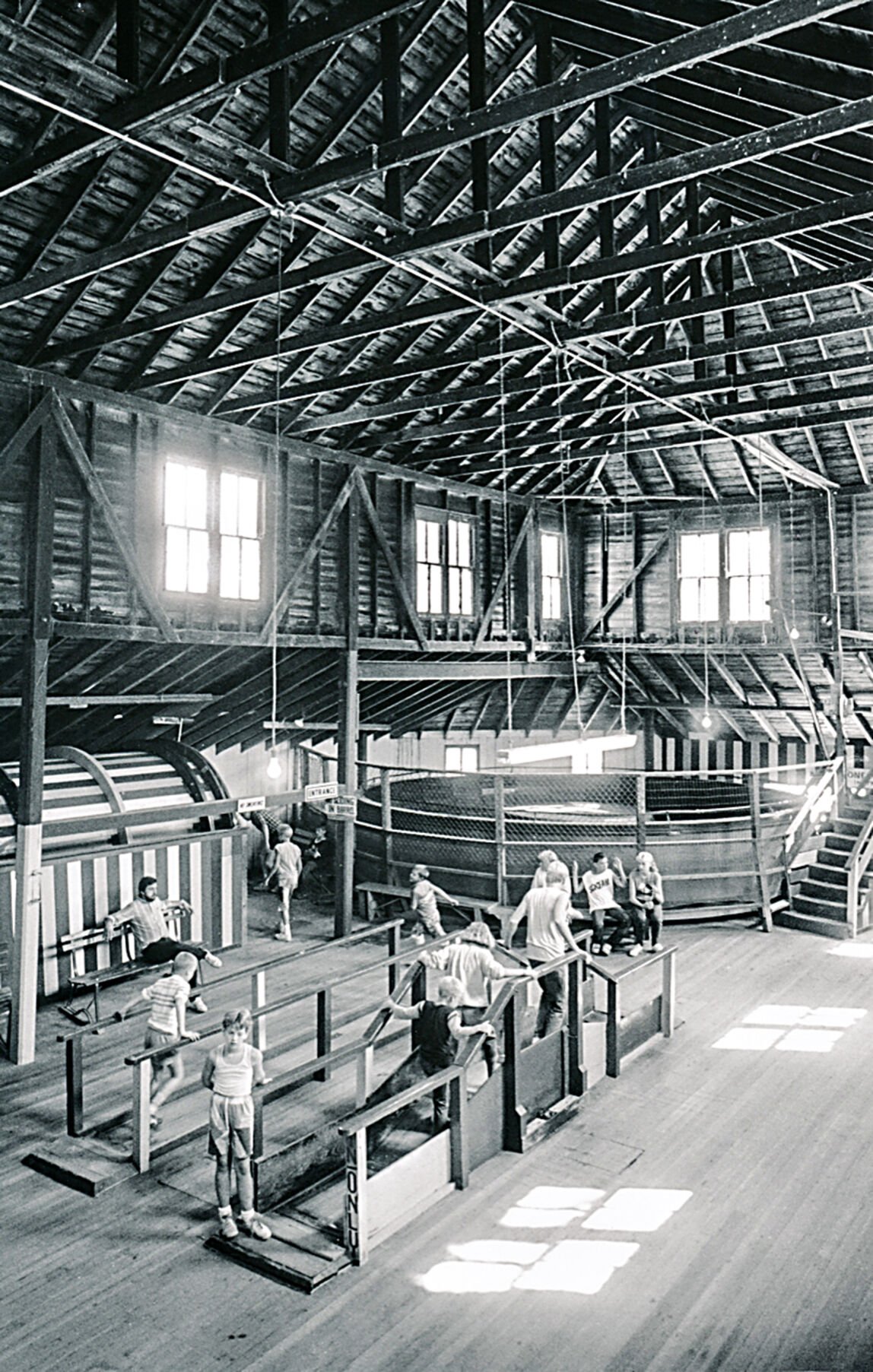 The Fun House at Arnolds Park Amusement Park might be gone, but the old fun can still be found.

It might have gone in 1988, but some parts of the old Fun House can be found not that far away from where the original Fun House sat. The barrel, the sugar bowl, the slide and other attractions are on display at the Arnolds Park Museum located next door to the Iowa Great Lakes Maritime Museum.

The Spirit Lake Beacon reported on the excitement surrounding the attraction’s construction.

“There is much activity in Pecks Amusement Park these days. A force of 25 men is working on the new fun house, which will be located next to the theatre. This new feature is being built at an expense of $20,000 and will be an entirely new novelty for amusement,” according to a May 9, 1929 report.

The Fun House was located right on the lake by the Roof Garden. And the fun started before you even entered the building.

“The first thing one noticed upon approaching the entrance was a mechanical clown playing the piano in a wire cage over the ticket booth. Many thought him to be scary, particularly because of his lifelike glass eyes. He played there every summer through 1987, so just imagine all he witnessed through those passing years,” wrote Mary Kennedy, the curator of the Iowa Great Lakes Maritime Museum, in the Lakes News Shopper in 2010.

After making your way past the ticket booth and the creepy clown, you entered the Fun House where you walked through “a maze of moving boards and secret air jets that shoot air up your pant leg,” according to an article published in the Des Moines Register in 1975.

There were a number of fun attractions inside the Fun House including everything from crazy mirrors to a four-lane wooden slide. Both of these can be found and enjoyed at the museum and you can even take a ride down the slide.

Two rides that can be seen at the museum but are no longer in operation are the sugar bowl and the barrel, but you can imagine the fun by reading the first-person accounts.

The reporter from the Des Moines Register was especially impressed with the sugar bowl.

“And best of all — and most unusual — is the sugar bowl. You get in by walking a plank and sliding into the rounded bowl, which slopes up to a three-foot wide platform in the middle. The bowl spins around; you play ‘king of the mountain’ with everyone struggling to get on top of the middle platform.”

In general, the sugar bowl used centrifugal force and would spin.

“When people got in the bowl they would climb up on the mountain or stand along the rail. When the bowl began to turn they would try and stay on the mountain, which was difficult not only because of the pull of the centrifugal force but also because the riders were pulling each other off of it. The last rider on the mountain was the king. Wood burns and broken bones were not uncommon,” according to Kennedy.

Then there was the barrel, which seems to have been the attraction that swept people off their feet — literally.

“The barrel was mammoth. It revolved at a rapid speed. I could hear the whiz and whir of the gears turning. The object of the barrel was to try to walk through without crashing to the floor,” according to a first-person account from Nancy J. Dyer-Gealow.

“Not knowing what I was in for, I bounded into the barrel. I shuffled in halfway, was unsuccessful and dropped to the barrel’s wooden floor. I was grabbed and hauled out by a man. My sister jumped in after me, followed by my plump father. From the moment my father set foot in the barrel, it was disaster. He wiped out six people and squashed my sister’s head! They were rolling around like tumbleweeds in a ghost town. Hands and feet, arms and legs were everywhere.”

The slide, another major attraction, is still in operation. And saying from personal experience, after taking your shoes off and climbing all the way to the top it is quite a rush to sit on your mat and catch air as you slide down.

Despite all the years of fun, the Fun House closed and was razed in 1988.

“Unfortunately, a major problem occurred in 1984 when Six Flags Great Adventure in New Jersey saw their Haunted Castle walk-through go up in flames, killing eight. After that tragedy, insurance premiums skyrocketed on walk-throughs, dark rides and funhouses effectively forcing some parks to simply raze their time-honored treasures,” according to Jim Abbate in an article of NAPHA News.

For many years, the three pieces were in storage before they were restored and took up residence at Boji Bay in Milford. In 2017, they were donated back to Arnolds Park Amusement Park and were installed at the museum in early 2018.

The Fun House might be gone, but the fun remains.