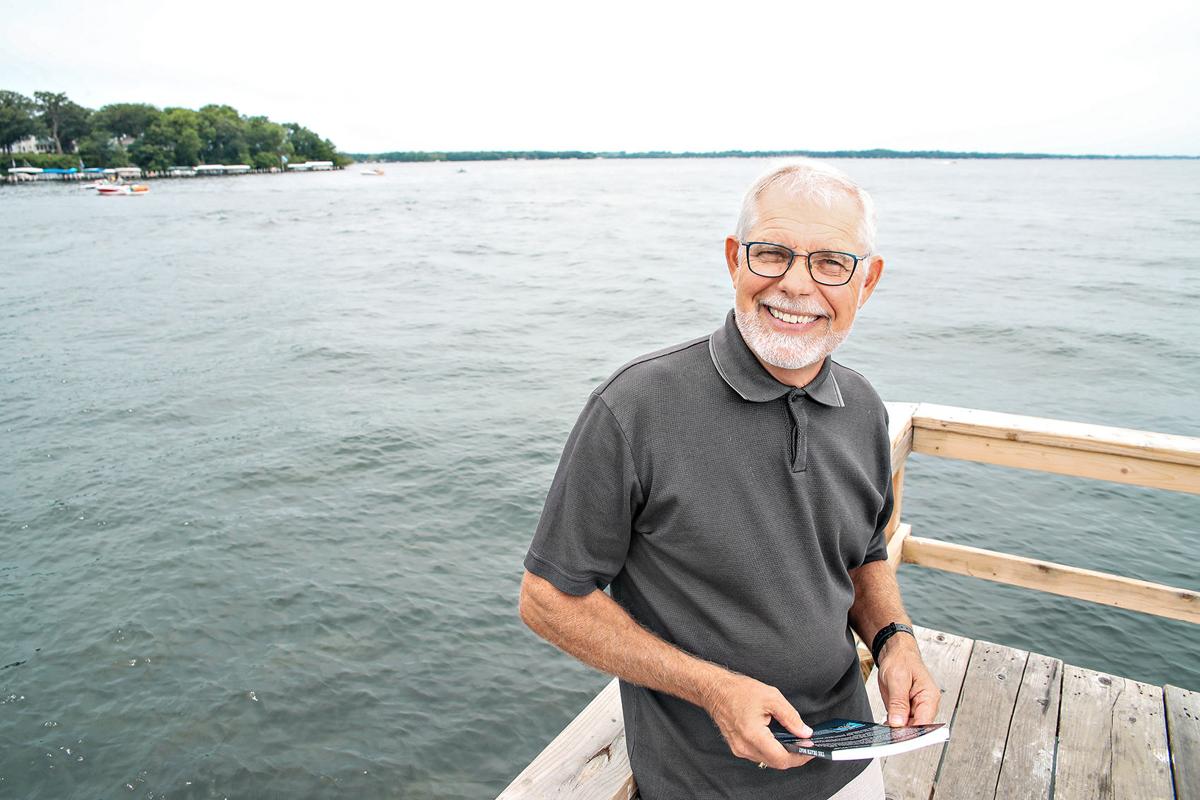 Lloyd Cunningham is the author of “The Death Boat: The Tragic accident on West Lake Okoboji that left nine dead and changed boating in Iowa forever.” 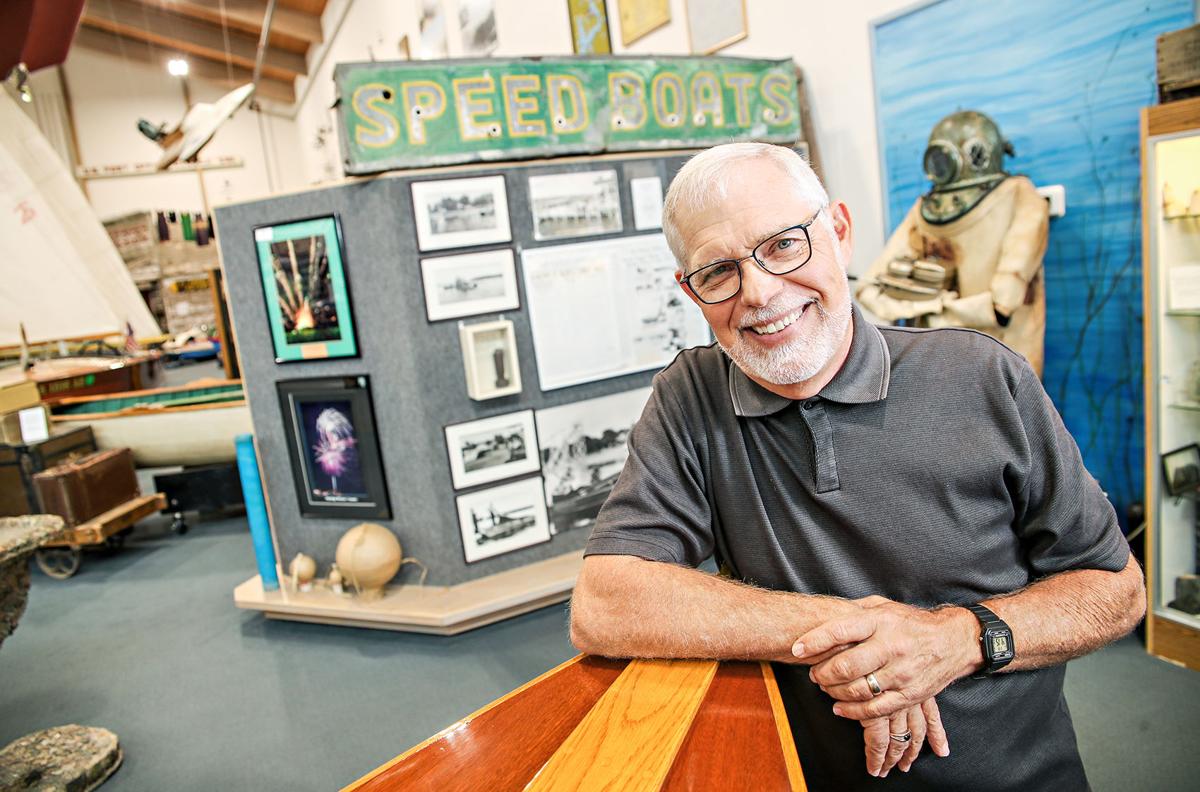 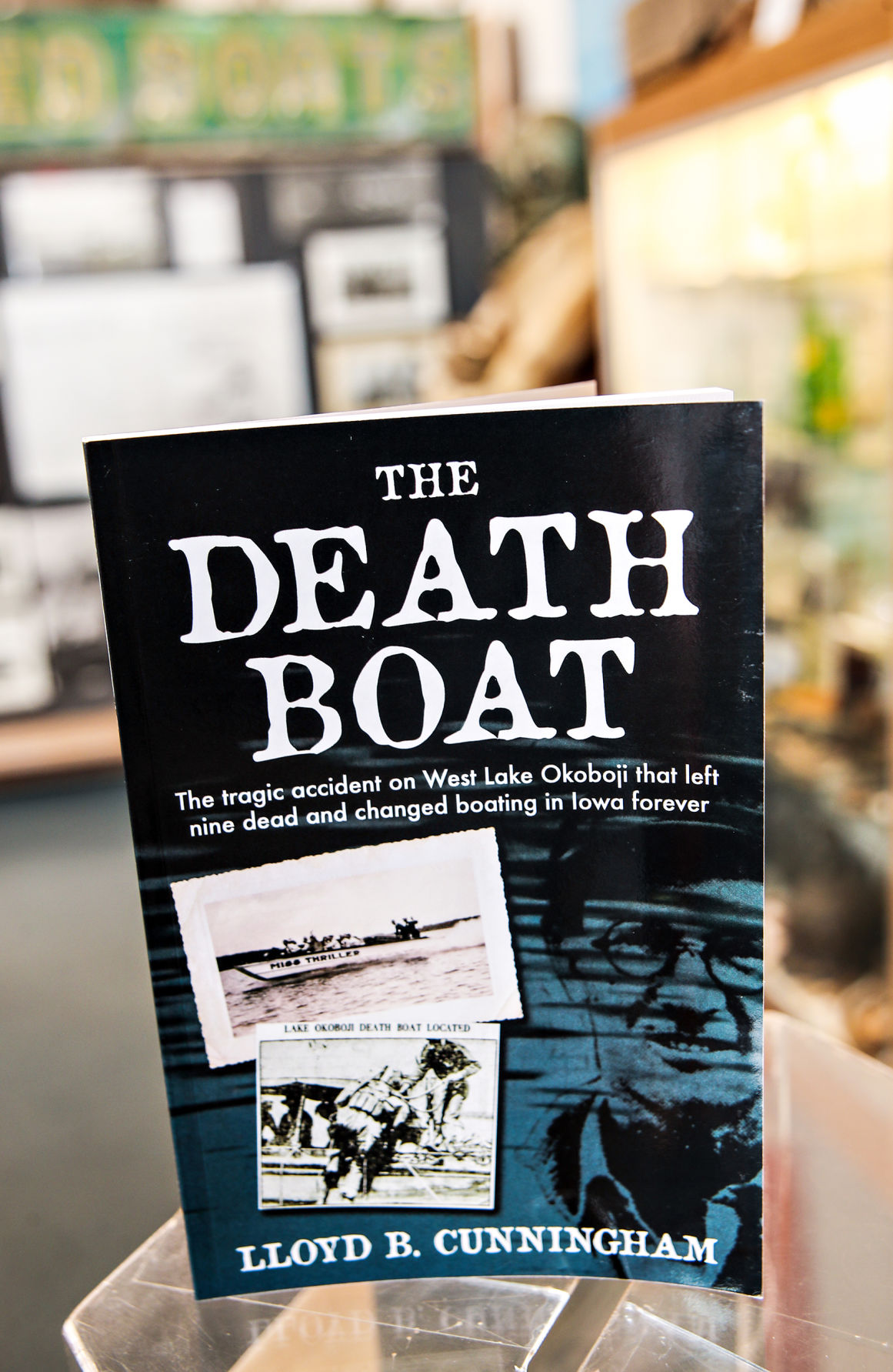 As a professional photographer for the Argus Leader for four decades, Lloyd Cunningham has seen his fair share of stories that capture your full attention.

Lloyd Cunningham’s “The Death Boat: The tragic accident on West Lake Okoboji that left nine dead and changed boating in Iowa forever” hit bookshelves and Amazon earlier this year. The book tells the story of the night of July 28, 1929, when the fastest passenger boat in the U.S., the Miss Thriller, collided with another boat called the Zipper. Between the two boats there were 24 people involved in the incident and nine people lost their lives.

It’s a book 13 years in the making. But interestingly enough, it’s not the book that Lloyd intended to write in the first place.

Lloyd worked as a professional photographer for many years, including 40 years at the Sioux Falls Argus Leader. His love of photography extends not to just what he sees on land, but below the water’s surface. He’s scuba dived all over the world, but his favorite place is right near his summer home in Wahpeton.

“The lake has been used for 160 years for recreation and everything from ice harvesting to transportation and it has left the bottom of the lake littered with artifacts so every dive I do of Lake Okoboji is a treasure hunt. You don’t know what you are going to find,” Lloyd said. “There are lots of historic things down there. There are seven boats at the bottom of the lake — six with known locations, but the seventh was never found. There are always things to look at and discover. It makes Okoboji a treasure hunt to dive.”

For many years, Lloyd has been documenting his dives under the waves with his camera and that was the book he was working on back in 2006, when he was captured by a different story.

“I was assembling a bunch of my underwater photographs into a book and it occurred to me that I should probably know — and it would be important for the book— to talk about who was the first diver in the lake,” Lloyd said.

He came down to the Iowa Great Lakes Maritime Museum and checked out the display they have near the entrance complete with a mannequin of a hard hat diver.

“I read the stories about the Miss Thriller boat wreck and the stories that said a Captain H. Thompson was brought here to Okoboji in 1930 to recover the Miss Thriller which had sank the year before from the bottom of Okoboji,” Lloyd said. “She was known as the fastest passenger boat in the country and they wanted the airplane engines.”

He wanted to learn more about Captain J. Thompson.

“I called the Duluth Maritime Museum and asked if they had ever heard of a Captain Thompson and they had. They put me in touch with his granddaughter,” Lloyd said. “She told me family stories, sent me family photographs and newspaper clippings about the recovery here in Okoboji that had just gripping details. After that, I couldn’t let the story go.”

Knowing more about just this one small part of the overall story led Lloyd to want to learn more. And more.

“I began to research everything I could about that boat and that ended up being the story that you can read now if you pick up the book,” Lloyd said.

His research took him all over the United States and through hundreds of historical records.

“More than 40 libraries, museums, historical societies and institutions have provided me with maps, charts, correspondence and mailings — the kind of things I needed to assemble the book,” Lloyd said. “Geographically, my journey has taken me from Pictou, Nova Scotia, where the designer of the Miss Thriller was born to Seattle, WA, where the Boeing Airplane Company sold seven sea sleds.”

“I have been this intense and used a lot of energy for other things I have written but this is a one-of-a-kind thing for me,” Lloyd said. “I had no idea where this story was going to take me and that’s part of the fun of it.”

“The Death Boat: The tragic accident on West Lake Okoboji that left nine dead and changed boating in Iowa forever” by Lloyd Cunningham is for sale at the Iowa Great Lakes Maritime Museum, the Barn Swallow, Zandbroz Variety in Sioux Falls and on Amazon.