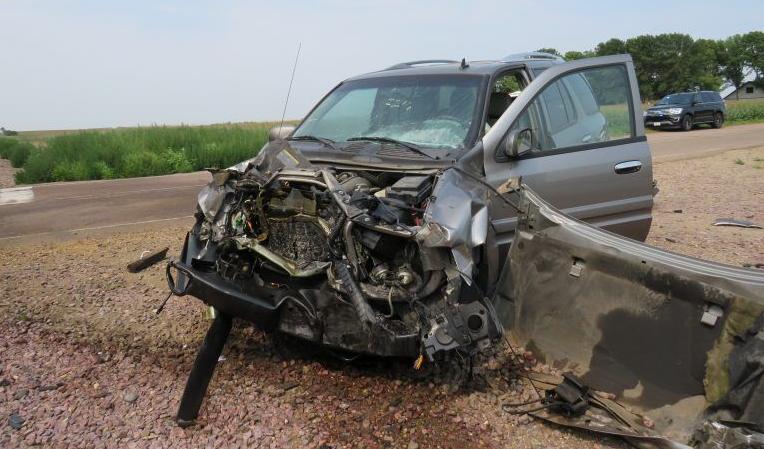 Elizabeth Ann Blum was driving 2007 Buick Rainier west on 360th Street when it collided with a southbound BNSF Railway train in the railroad crossing, according to the Sioux County Sheriff’s Office.

She was cited for failure to properly stop at a railroad crossing.

Her vehicle received an estimated $10,000 damage.