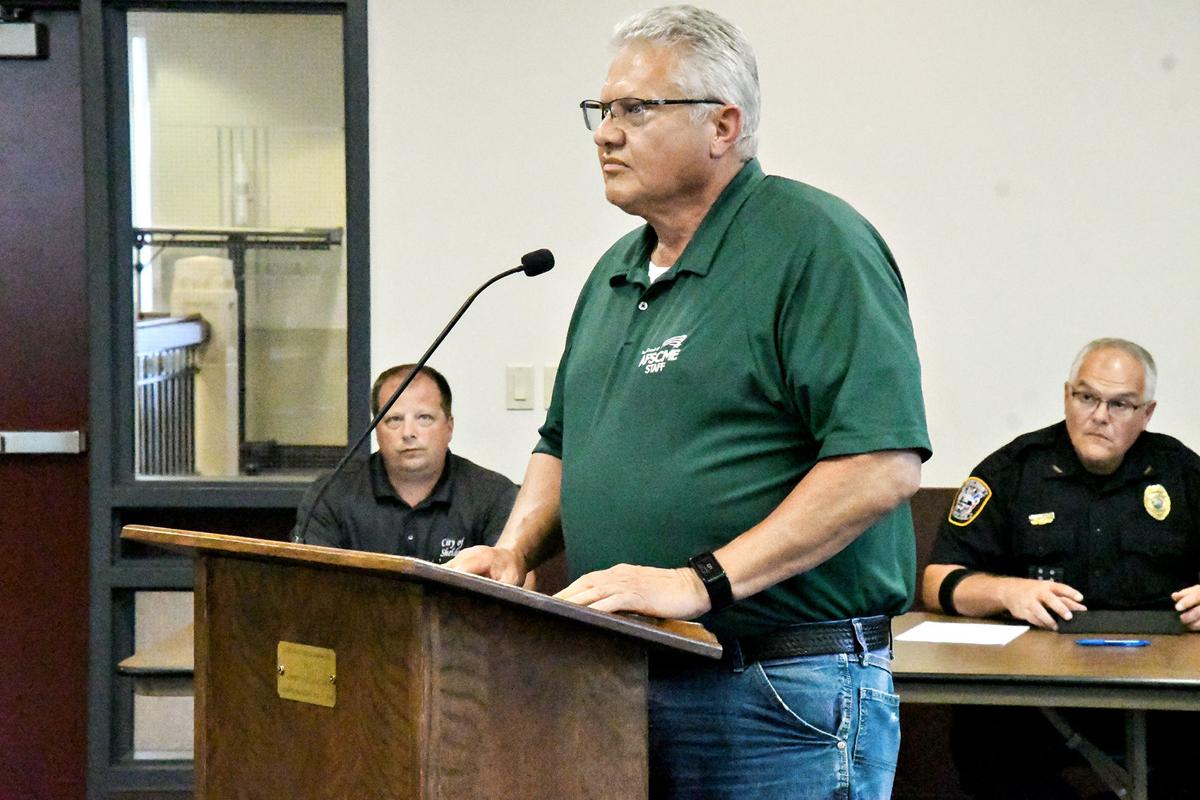 He will be at the Dec. 4 council meeting to continue the discussion. 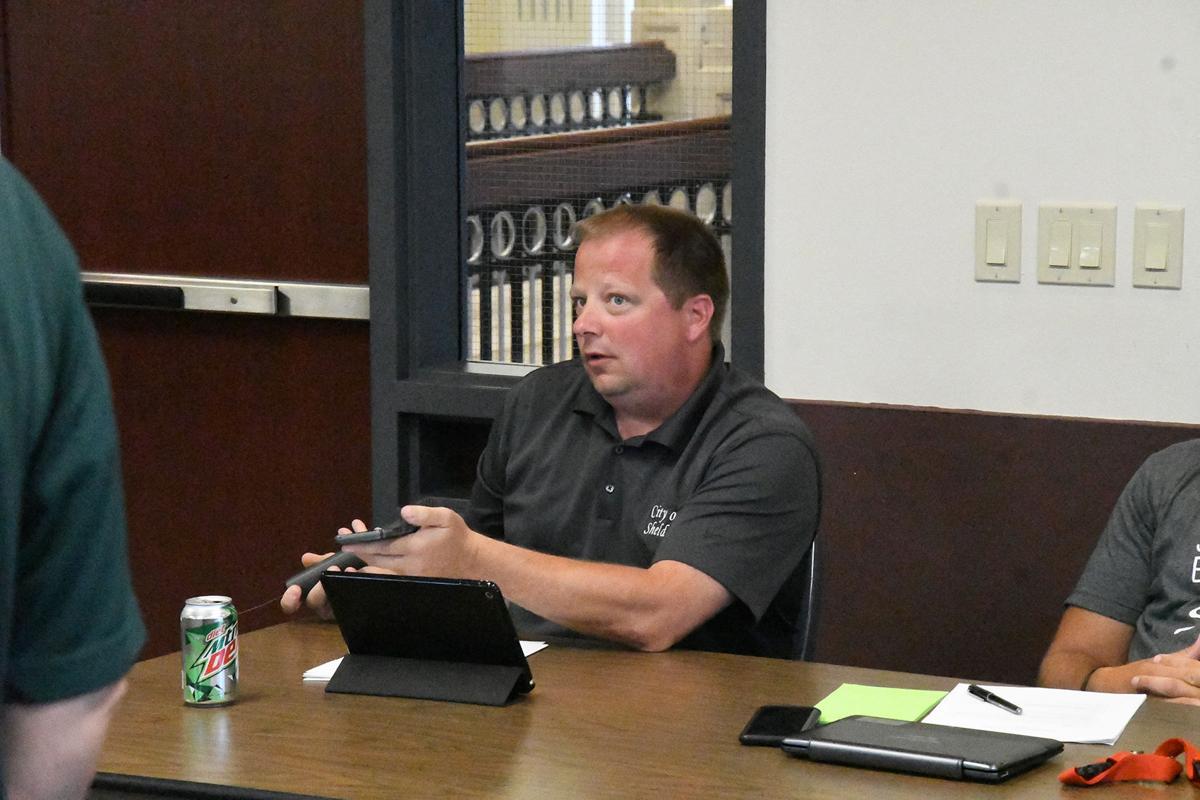 Sheldon public works director Todd Uhl holds a microphone up to his cellphone so that Sheldon city attorney Micah Schreurs can weigh in on a topic during the Wednesday, July 17, city council meeting.

“This is kind of a union thing,” Hindt said. “We don’t tell them they can join or can’t join the union, so I think me as a council, I need to stay neutral on this because this is a union deal.

“If the unions want this, that’s up to them; that’s not up to the city council.”

Both groups are part of the American Federation of State, County and Municipal Employees (AFSCME) Local Union 1741, and the unions were asking for the city of Sheldon’s support to merge.

In the past, each bargaining unit has negotiated with the city individually. However, a 2017 change in state law limited the bargaining ability of most unions, including public works, but police unions were mostly unaffected.

By joining forces, the combined union would fall under the public safety category and therefore would circumvent the limitations imposed by the state on most unions.

Public safety unions require at least 30 percent of its members to be public safety employees.

“I don’t have any objection to them joining, but I don’t think we need to endorse it,” Hindt said.

AFSCME representative Preston DeBoer argued with Hindt that a letter of support was not an endorsement but “a stipulation to the facts presented in the petition.”

DeBoer plans on submitting the petition, which breaks down why the unions want to merge, to the Iowa Public Employee Relations Board, the agency that has final say on the matter.

The union rep told Hindt he cannot remain neutral in this situation because if it goes to a hearing PERD, the city would have to show cause on why it should not take place.

Hindt reiterated he has no problem the unions wanting to merge but still does not agree with the need to endorse the matter.

DeBoer and Hindt continued to debate whether or not it was an endorsement and city attorney Micah Schreurs, who phoned into the meeting, was asked to settle it.

Schreurs said the stipulation is an agreement with the city about the facts presented.

“The document itself, as I read it, doesn’t advocate specifically for certain things, but the consequence of the stipulation is to take away the opportunity for the city to object to the merger or to have the de facto result of slowing down the merger,” he said.

The council asked DeBoer if he had a timetable to get this approved. DeBoer said there is a little wiggle room and thinks having a final decision made at the next regularly scheduled council meeting should be fine.

“But we are up against some timelines that are immovable and those timelines are set by law,” he said.

The council agreed to table the discussion until the Aug. 7 meeting, which Schreurs echoed his support for.

“I would be in support of that for the opportunity to answer some additional questions,” he said.

SHELDON—Sam Kooiker is asking the Sheldon City Council to back a merger between two of the city’s union groups when it meets at 4:30 p.m. Wedn…

This week we are focusing on Wrestling. We will rotate through each of the varsity sports going on during the current season. We will post the nominations online, and you get to pick the winner. The winner will have a short feature printed in this week's edition of The N'West Iowa REVIEW. POLL CLOSES 9 A.M. WEDNESDAY, JAN. 22.