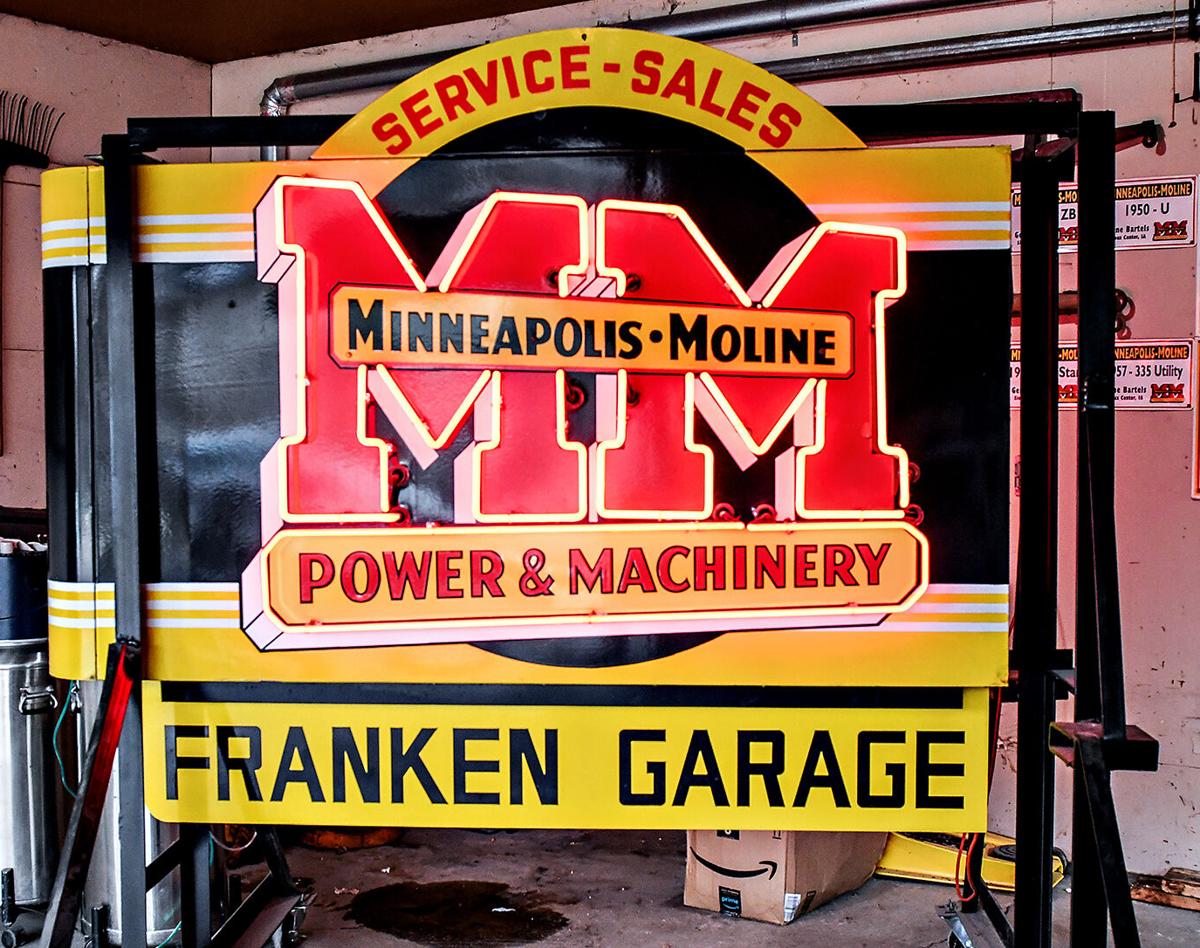 This sign welcomed area farmers to Franken Garage — now Franken Implement — in Carmel as early as 1950. The porcelain sign has lasted the test of time well, though the neon lights were replaced. 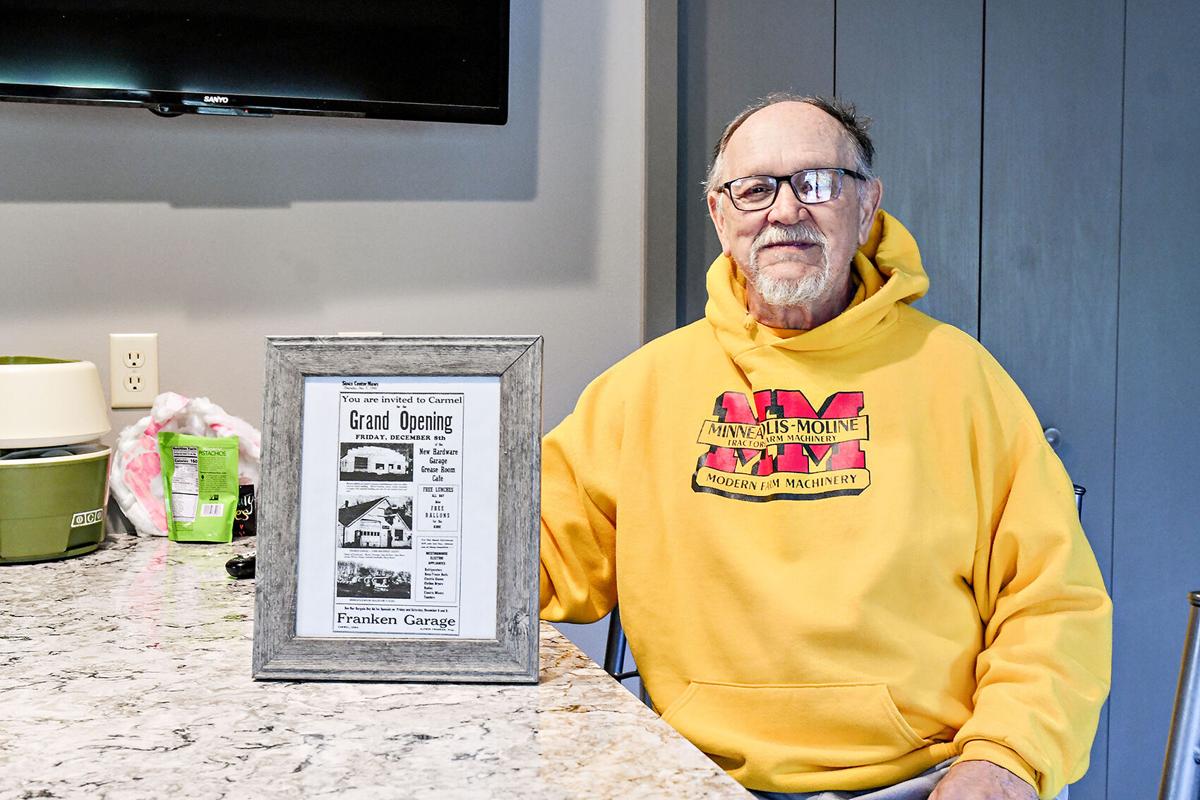 Gene Bartels’ Minneapolis-Moline sign can be seen hanging on the front of Franken Garage — now Franken Implement — in Carmel in this Dec. 7, 1950, Sioux Center News advertisement.

SIOUX CENTER—Who would have thought that a sign from a rural N’West Iowa tractor implement business could put on so many miles before returning home?

For almost six years, Gene Bartels of Sioux Center has been the proud owner of a piece of family history: the same Minneapolis-Moline sign that used to hang out on the front of Franken Garage, his family’s longtime business.

The 66-year-old is not sure when the massive porcelain sign was first put up outside Franken Garage.

The nice thing about porcelain signs is that they last. The paint does not fade, and rust is not as much of an issue. The bold yellow and reds are still as eye-catching as ever, although the neon has been replaced.

Arthur “Butch” Van Veldhuizen, an uncle of Bartels who came from Carmel, bought the sign from Alfred Franken, the founder of Franken Garage, in the mid-1980s, and took it with him to Turner, OR, where he ran a dairy. The sign still was up on the building at the time, although it was not hanging properly anymore and its lights were broken.

Van Veldhuizen had the sign repaired after he bought it, getting it as good as new.

“About 2014, he called me and said, ‘You know, when I retire or if something happens to me, my kids have no interest in this sign at all. They have no tie to it at all, and it should be back to Carmel or in the area,’” Bartels said. “We agreed on a price and then in 2015, my wife and I flew to Oregon for a long weekend and picked it up.”

He does not have a place to hang it inside his Sioux Center home, but he does have a wheeled frame that keeps it on display and relatively mobile. Now and then, he’ll roll it outside and turn it on for passers-by to see.

“It’s a family heirloom,” he said. “It was something that when I was a kid, I’d ask Grandpa if I could turn the light on. I grew up with it. It’s a nice keepsake.”

He is still a fan of the old Moline tractors; he owns six of them and enjoys tractor rides.

“I grew up with them, and they’re in my blood,” Bartels said. “I’ll sometimes get one and fix it up and sell one. I enjoy the fixing part as much as the riding part.”

He is wrapping up a restoration project at the moment, too, only needing to paint it yet.

Alfred Franken originally opened Franken Garage as a car garage in Carmel, six miles north and west of Sioux Center, in 1934. But in 1936, the business switched focus, and Franken signed a sales and service contract with Minneapolis-Moline.

When the business incorporated in 1986, it became Franken Implement & Service Inc.

The business passed hands to his son, Al Franken, and his brother-in-law, Roland Bartels.

Gene Bartels began working there in 1972, initially handling simple things like sweeping the floors and cleaning the tractors that came in. He began working on tractors in due time and eventually moved into the parts department. He retired in 2020.

SIOUX CENTER—Chilled weather aside, spring is indeed here, and with that, the Sioux Center Trails Council is continuing its work on the city’s…