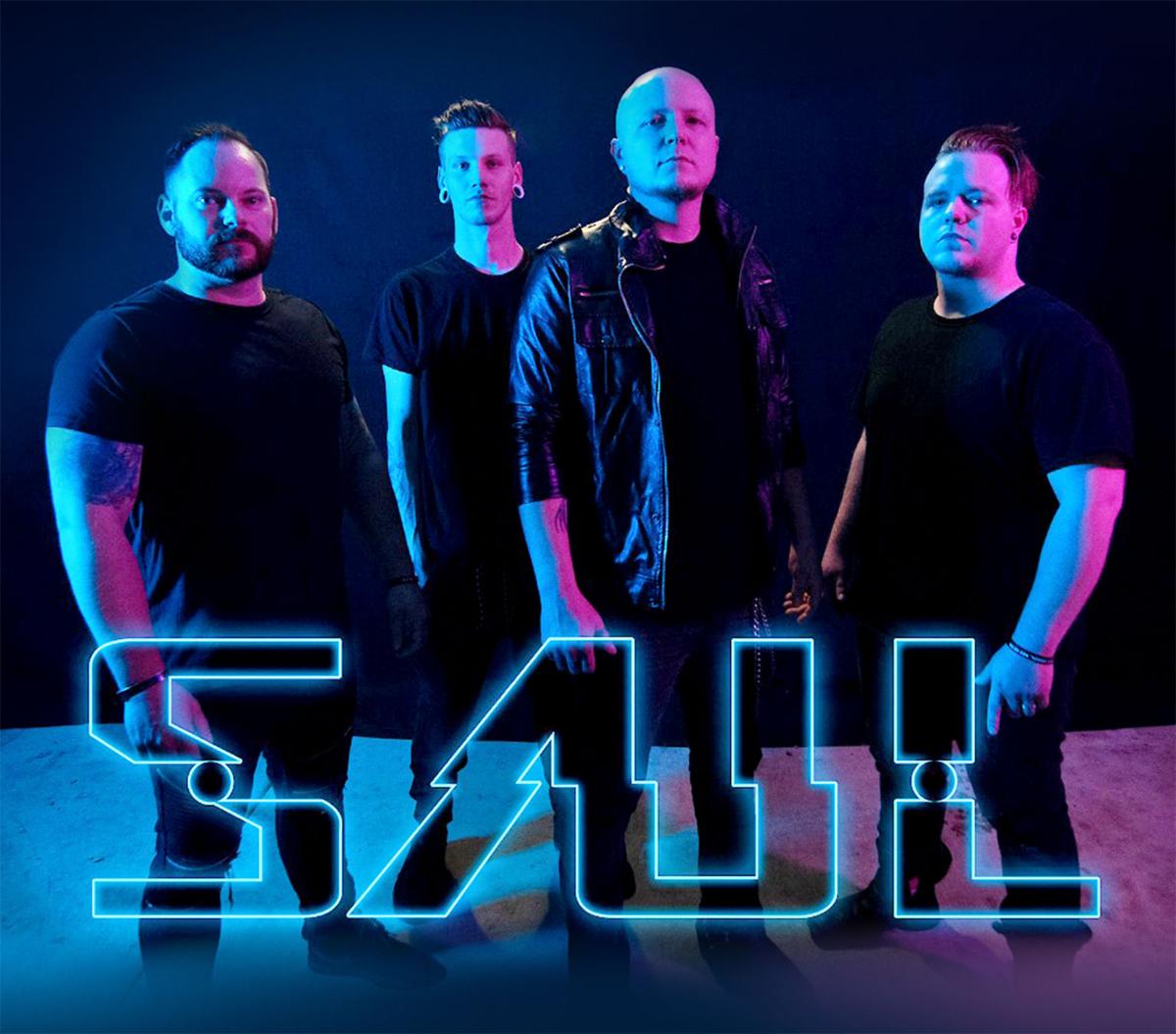 Joe Nichols, William McIlravy, Blake Bedsaul and Zach Bedsaul are members of Saul, a progressive hard rock band based out of Sioux City. Blake and Zach are Sutherland natives who started Saul in 2007. The band has released a new single called “Brother” and has been signed by Spinefarm Records of New York City. 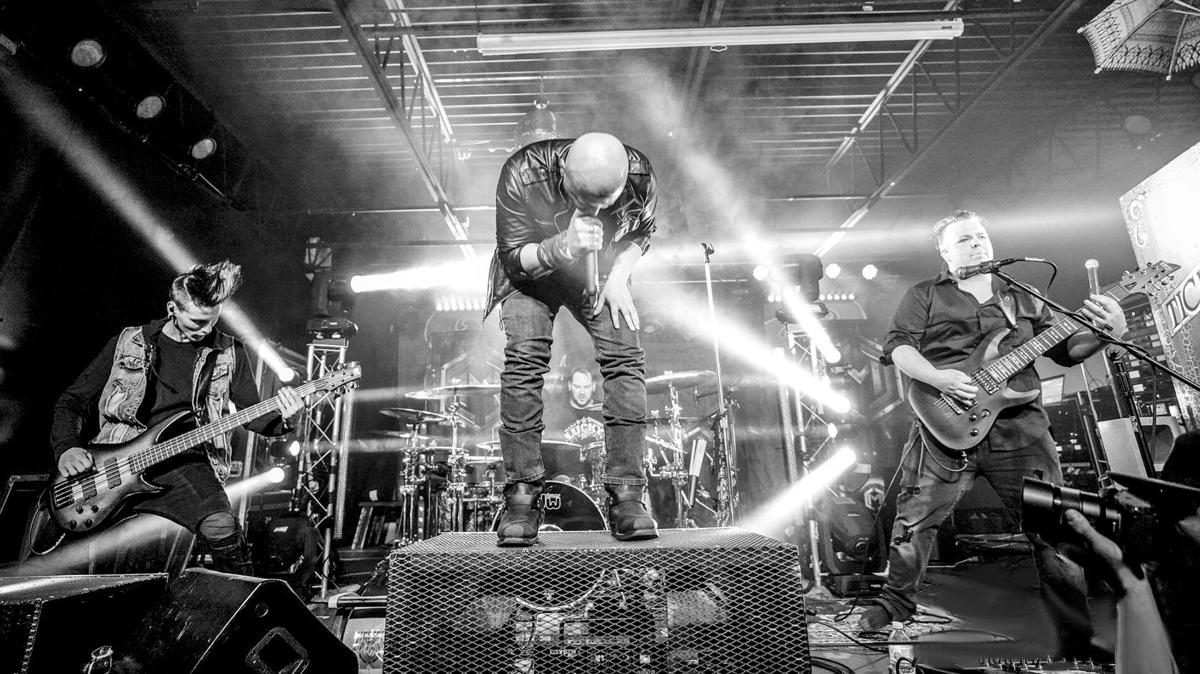 Saul is a progressive hard rock band based out of Sioux City that is seeing a lot of rapid success. Its members are bass guitarist William McIlravy, lead vocalist Blake Bedsaul, guitarist Zach Bedsaul and drummer Joe Nichols. The Bedsaul brothers are Sutherland natives.

Joe Nichols, William McIlravy, Blake Bedsaul and Zach Bedsaul are members of Saul, a progressive hard rock band based out of Sioux City. Blake and Zach are Sutherland natives who started Saul in 2007. The band has released a new single called “Brother” and has been signed by Spinefarm Records of New York City.

Saul is a progressive hard rock band based out of Sioux City that is seeing a lot of rapid success. Its members are bass guitarist William McIlravy, lead vocalist Blake Bedsaul, guitarist Zach Bedsaul and drummer Joe Nichols. The Bedsaul brothers are Sutherland natives.

REGIONAL—Brothers Blake and Zach Bedsaul always knew that rocking people with their music would be what they did with their lives.

The Sutherland na­­tives are members of Saul, a progressive hard rock band based out of Sioux City that is seeing a lot of success faster than expected.

The group expanded to four full-time members in June 2018 and released a new single titled “Brother” in January that is part of its latest five-song extended play (EP) record called “Aeons.”

“It’s been moving really fast,” Blake said. “Since we got the four members, we had pretty much a two-year plan. That was to release the EP and get signed to a label.”

March marked the release of “Aeons” as a whole and the signing of Saul by Spinefarm Records of New York City.

“Everything got rushed up into three months after we re­­leased ‘Brother’ and it’s just been going wicked fast,” Blake said.

He recalled a quote he once heard from Nikki Sixx, one of the founders of American heavy metal band Mötley Crüe.

“And I know exactly what he’s talking about now,” Blake said. “We thought it was going to be at least another year.”

Saul’s lineup is made up of:

The band has been steadily building a buzz on American rock radio, with its single “Brother” landing at No. 1 on the SiriusXM Octane satellite radio rock station for a time.

Saul also has been anointed as one of the five bands most likely to break out in 2019 by a Revolver magazine fan poll, which called attention to the group’s “catchy yet heavy take on the alternative-metal genre.”

Blake described the rock music that Saul performs as “progressive mainstream.” The band has been compared to other American heavy metal and rock groups like Five Finger Death Punch, Nothing More and Tool.

Saul has existed in one form or another since 2007, the same year Zach graduated from South O’Brien High School in Paullina. Blake is a 2006 South O’Brien graduate.

The band began as a three-member group with Blake as the bass player and lead vocalist, Zach as the guitar player and backup vocalist, and Jon Filkins as the drummer.

The group, with that lineup, titled its first five-song EP as “Saul” and released it in 2007.

Saul’s next five-song EP was called “Embrace the Rain” and released two years later. This time, the band’s drummer was Todd Poland.

The release of Saul’s third five-song EP, “The Touching of Parallels,” came about in 2013. The group’s drummer at the time was Adam Chilton.

Four years passed before Saul considered becoming a four-member band. William joined the group in 2017, with Joe rounding out the lineup last year.

Blake and William, a York, NE, native, call Paullina home, while Zach resides in Sutherland and Joe, a Waverly native, lives in LeMars.

“They’re my best friends,” Blake said. “We’ll get into arguments, little tiffs here and there, but at the end of the day, we know it’s just stress-related or something stupid. Nobody holds grudges or gets really mad.”

Caleb Short, Blake and Zach’s late brother, has had a heavy influence on Saul.

He was the one who came up with the band’s name, which is the last four letters of Bedsaul.

“He thought it was going to be cool, so we went with that,” Blake said. “Zach and I were just running around doing acoustic stuff for a while and it just stuck. Everybody just called us Saul or the Saul brothers.

“He was good,” he said. “He would help us write lyrics and he was taking care of websites and doing stuff like that, so he was a big part of it and a big inspiration for what we did.”

Caleb — who died at the age of 27 on Oct. 28, 2009, due to the H1N1 swine influenza virus — remains a huge inspiration for Saul. His influence can be heard on the band’s new single “Brother.”

According to Saul’s website, “The first single is an emotional roller coaster about death and the struggles of dealing with loss.

“‘Brother’ is the embodiment of the band and its message. It is how music should be. It’s real, raw, aggressive and satiated with intent.”

‘This song cuts deep for me’

On the band’s website, Blake is quoted as saying the following about the new single:

“Lyrically, this song defines what I should have said to my brother in his last moments. This song cuts deep for me and it’s a constant reminder that life is fleeting. Tell the people in your life that you love them.”

“We were auditioning drummers and Joe contacted us and said, ‘I want to try out,’” Blake said. “We sent him ‘Brother’ and he told us a story that he lost his brother in 2011 in Afghanistan. It was all just kind of serendipitous. We had to get together and do this.”

Since releasing “Brother” and being signed by record label Spinefarm, Saul has been busy touring the United States — and soon will travel to Canada — and working on its first full-length record, which Blake said would feature 13 songs.

“The cool thing about what we’re doing right now is that we’re getting into markets we’ve never been into,” Blake said.

“They treat us good for just getting out there for the first time,” he said.

The band is scheduled to perform in northwest Iowa as part of a lineup that will feature In This Moment, Killswitch Engage and Clutch at 6 p.m. Thursday, July 18, at Hard Rock Hotel & Casino’s Battery Park in Sioux City.

“Generally, when we play up in this area, we do Cherokee just because it’s kind of a general hub for everybody,” Blake said. “We want to get back into our home market in northwest Iowa and have everybody come out and hang out.”

SUTHERLAND—Competitive barbecuer Chad Mahler has been throwing something unconventional in the smoker this year.