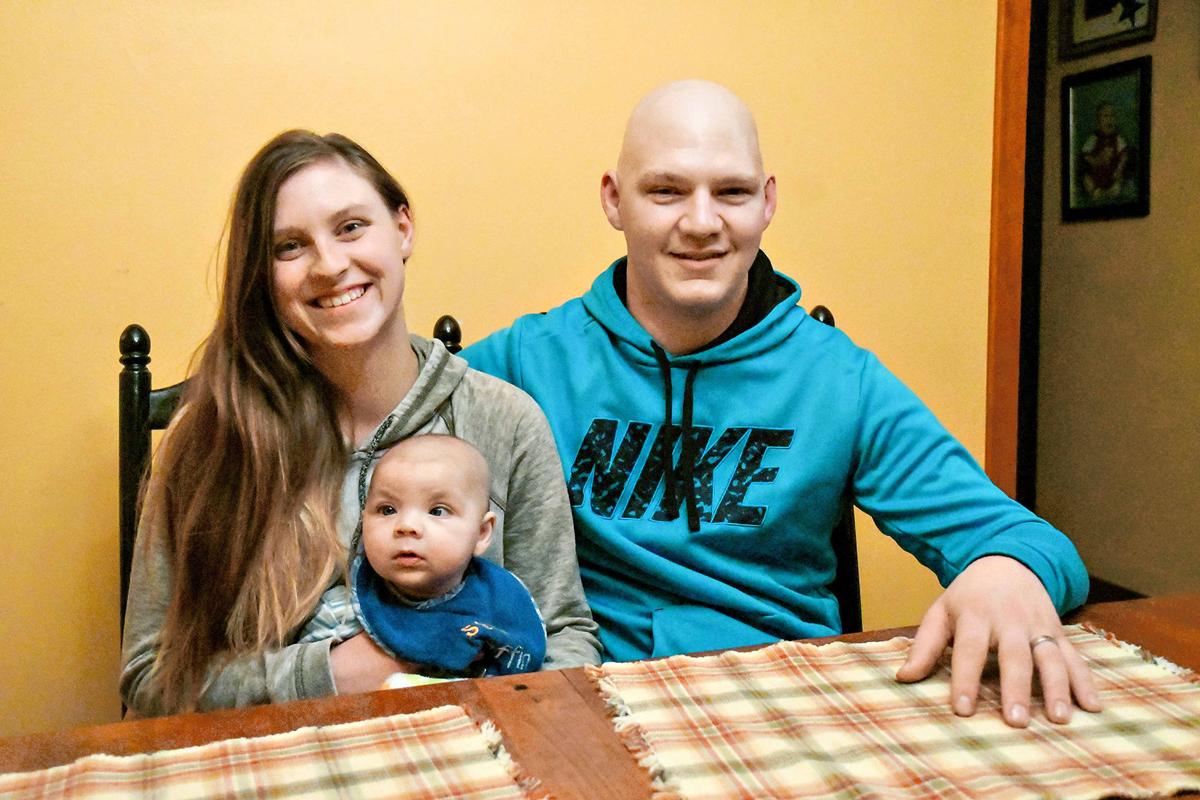 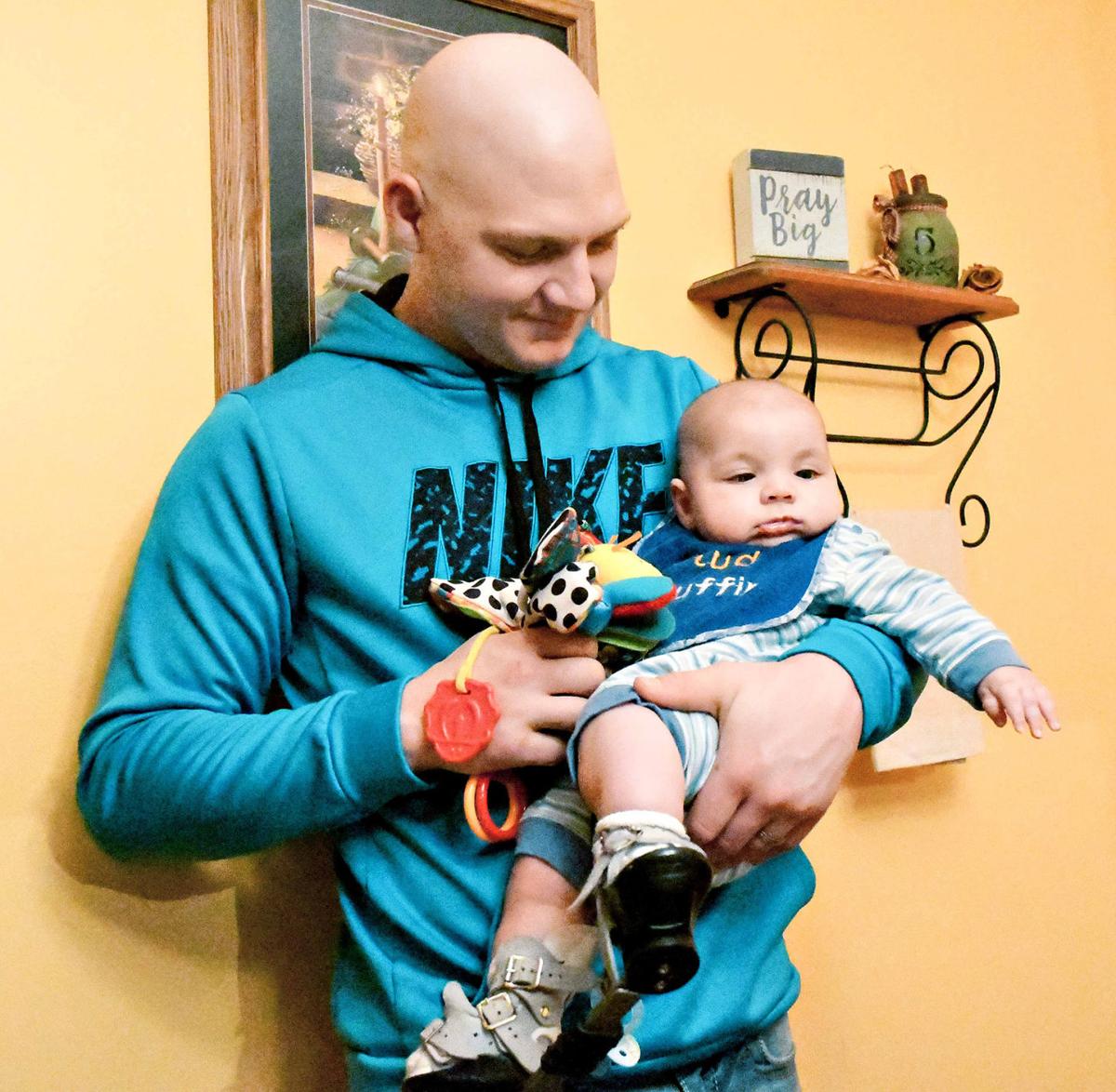 REGIONAL—Trenton McClaren is bugged by the fact that he has cancer.

The 21-year-old Sutherland native, who goes by the nickname “Bug,” was diagnosed on June 20 at the Cherokee Regional Medical Center with nodular lymphocyte-predominant Hodgkin lymphoma, a cancer of the immune system that tends to be more slow-growing than classic Hodgkin lymphoma.

The Cherokee resident described his first reaction to the news that he has cancer.

“I was scared, speechless and honestly teared up at first,” McClaren said. “When I was diagnosed, all I was informed was the generic, ‘You have cancer.’ They couldn’t tell me the severity right away or the outcome.”

He eventually was informed that he has Stage III cancer, which has been affecting his lymph nodes.

“I take it day by day,” McClaren said. “That is about all I really can do. I’m not one to just sit there and dwell on anything. That just makes the circumstances worse.”

He started undergoing chemotherapy treatments on July 16 at the June E. Nylen Cancer Center in Sioux City and is not scheduled to be done with them until Dec. 17.

“I go for chemo every other Monday and have to undergo six full cycles, or 12 treatments,” McClaren said.

He has undergone five treatments so far, with his next one taking place Monday, Sept. 24.

McClaren has lost the hair on his head because of the chemotherapy treatments, which typically weaken a person’s immune system, but they have been working so far as they fight the cancer, so a good outcome for him is expected.

“Most days, I am usually pretty fatigued,” McClaren said. “Chemo weeks, I am weak and tired. I usually don’t have much of an appetite.”

He has worked at Fareway in Cherokee for more than six years. He is the grocery store’s dairy manager.

“I am supposed to work a total of 44 hours a week,” McClaren said. “I currently work anywhere from 20 to 36 hours a week. I am hoping to work as long as I can before I have to leave work. But if I leave, it will be more because of the flu season coming up.”

In addition to working at Fareway, he is a truck driver in the U.S. Army Reserve, which he has served in since September 2014. He graduated in 2015 from South O’Brien High School in Paullina.

“Right after graduation, I went away to the Army Reserve for five months,” McClaren said. “So far, I have done a lot of training in California and Indiana as well as Wisconsin. I have not started any higher education, but I hope to eventually get a degree in business to help me pursue a career with Fareway.”

He moved from Sutherland to Cherokee after he returned to N’West Iowa from California during the summer of 2016.

“The reason I moved is because I was getting tired of paying for all the gas I put in my vehicle driving back and from my house to work as well as getting to be out on my own to see how it is to be an adult,” McClaren said.

He and his 21-year-old wife, Kirsty, met at Cherokee’s Fareway in 2015. She moved to the northwest corner of Iowa from Pampa, TX, earlier that year and first worked part time in the grocery store’s meat department. She now works full time as a Fareway butcher.

They were married in December and have a 5-month-old son named Ezekiel. They love to spend time together as a family, especially at Palisades State Park near Garretson, SD.

“When I have free time, I love to go camping, fishing and hiking,” McClaren said. “One of my and my wife’s favorite things to do is go to Palisades camping. We like to go there in the middle of the winter. We rent a cabin for the weekend and just enjoy the great outdoors.”

Dealing with his cancer diagnosis has been a little tough financially for he and his wife.

“We have had a lot of support from the community,” McClaren said. “With both me and my wife working with the public, we interact with a lot of people. So once I got diagnosed, I had several concerned customers asking me what was going on.”

A benefit — which starts in Sutherland with a poker run and ends in Cherokee with a supper and silent auction — has been scheduled for Saturday, Sept. 29, for McClaren and his young family.

“This benefit started out in the beginning as just a poker run,” McClaren said. “Then people started donating items for a silent auction.

“Then we got suggestions from the ones who don’t want to go on a poker run as much, but still want to contribute, so we decided to make it a dinner as well,” he said. “When I broke down and told my stepdad that it was OK to do a benefit, I definitely didn’t think it would turn out to be so big.”

A benefit has been scheduled for Saturday, Sept. 29, for Trenton “Bug” McClaren, a Sutherland native who lives in Cherokee.

“I have had the nickname ‘Bug’ for as long as I can remember,” McClaren said.

“I can’t tell you when it was given to me, but I do know that my grandpa said that I looked like a bug when I was younger and it just kind of stuck.”

The event is being held to raise funds to help McClaren — who has nodular lymphocyte-predominant Hodgkin lymphoma — and his young family with living expenses and needs not covered by medical insurance.

There are four ways for people to show their support: