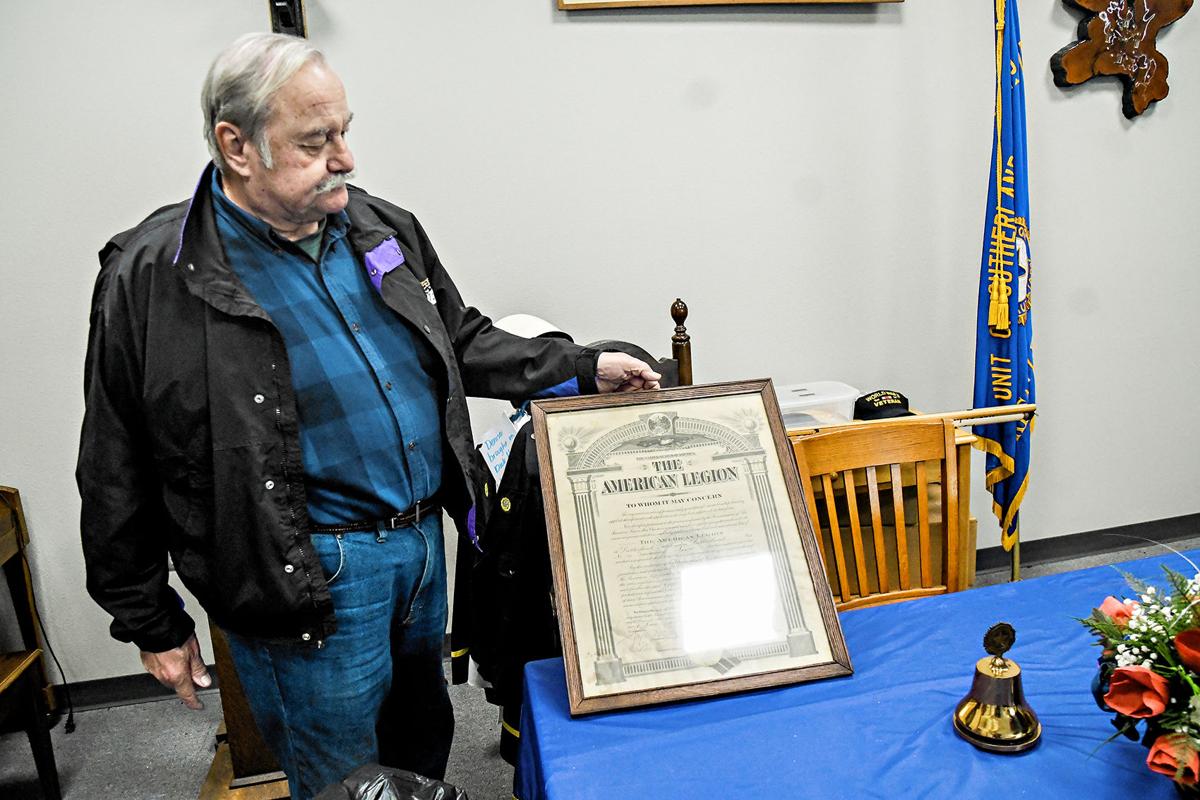 Commander Chuck Kummerfeld holds up the original charter for American Legion Post 152 of Sutherland. The Legion Post was founded in 1920, one year after the U.S. Congress chartered the nationwide veterans service organization. 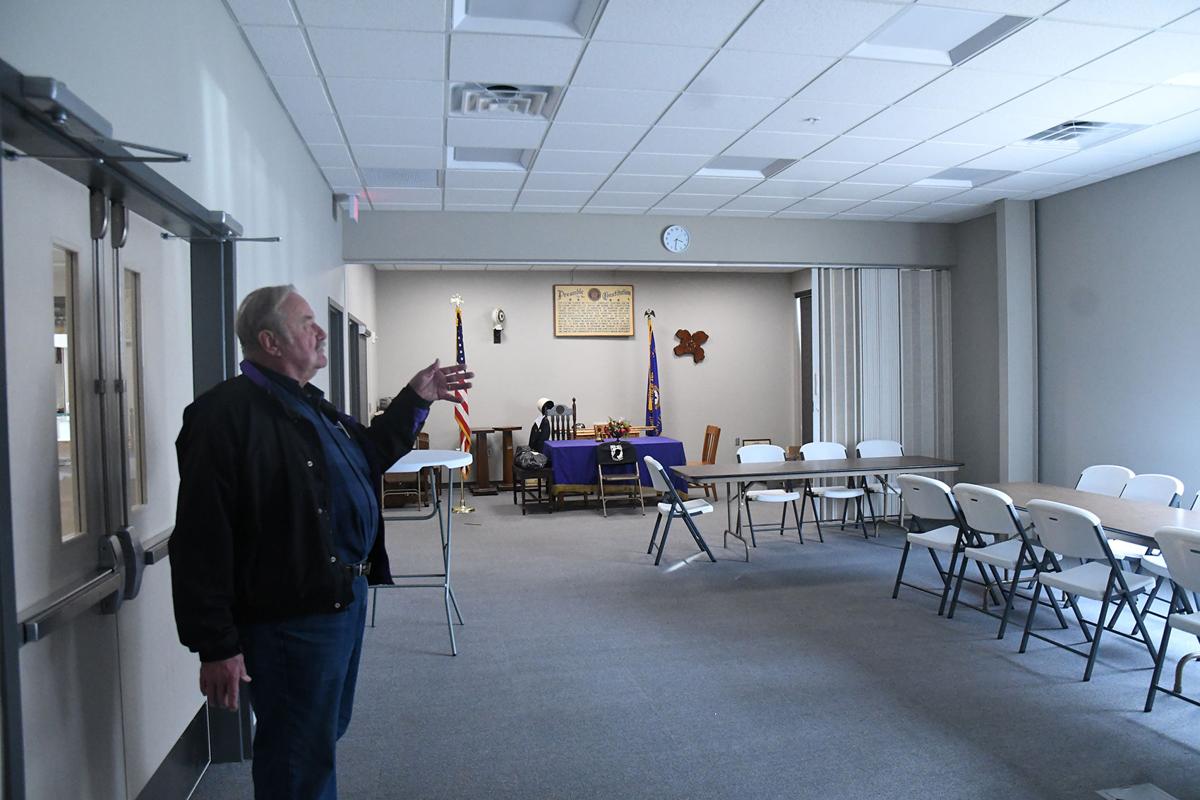 Commander Chuck Kummerfeld gestures to the meeting room American Legion Post 152 of Sutherland uses for its monthly meetings and twice-monthly Saturday breakfast events. When the space is used for other functions, such as weddings, an accordion-style partition closes off the section where the Legion Post’s items are kept.

SUTHERLAND—American Legion Post 152 of Sutherland was founded on Aug. 1, 1920, one year after the U.S. Congress chartered the nationwide veterans service organization.

Like many Legion posts in N’West Iowa and around the country, the Sutherland organization has seen several changes in its 99-year history, according to Post 152 commander Chuck Kummerfeld.

One of the main developments that has impacted the Legion Post is a decline in membership.

About 55 veterans are involved in Post 152, although Kummerfeld said about one-third of its members reside outside Iowa while retaining their membership to the group.

“When I first joined back in the ’70s, our membership was like three times more,” Kummerfeld said.

“It used to be at least one in three served for two years,” Kummerfeld said. “Now you’ve got volunteers, and most of those guys don’t just serve for two years, they’re four, eight, 12 years.”

For example, Post 152 used to hold a bingo fundraiser, which the group used as a way to raise money for the community’s fire and ambulance department and the Sutherland School District, which became part of the South O’Brien School District in 1993.

Although the Legion Post has fewer members than in the past, it also has seen recent changes that have benefited the organization.

In 2016, Post 152 moved out of its old building and into the R.L. Johannsen Center in downtown Sutherland.

The building was named after the late Raymond “Ray” Lester Johannsen, a World War II veteran and longtime member of the Legion Post.

The structure, which also functions as a community center, has a room where Sutherland Legion and Legion Auxiliary members hold their meetings.

A section of the space is concealed with an accordion-style partition that separates the end of the room where Post 152’s table and flags are set up.

The Legion Post holds breakfasts in the space the first and third Saturdays of the month. Members use the adjacent kitchen to serve up pancakes, French toast, bacon, sausage, eggs and hash browns.

The breakfasts not only act as Post 152’s primary fundraiser throughout the year, but are a popular social function for community residents.

“It gives us a little bit of money to work on, but it’s really good for the community,” Kummerfeld said. “It brings people together, and they come in and have coffee and a little something to eat and sit around and chat for half an hour, 45 minutes. Maybe some a little more than that.”

The breakfasts usually attract about 60 people, although attendance often depends on the weather. Since many Legion Post members vacation in Southern states for the winter season, Post 152 tends to have fewer volunteers helping with the breakfasts, too.

Besides the breakfasts, the Legion Post holds a Memorial Day program every year that includes a luncheon at the R.L. Johannsen Center. That program takes place in the center’s larger banquet room across the hall from the Legion Post’s meeting room.

Post 152 did not hold a special event this year for the nationwide organization’s 100th anniversary.

However, Kummerfeld said the Legion Post likely will celebrate its own 100-year milestone during Sutherland’s 2020 Labor Day Celebration when a larger number of people are in town during the three-day holiday weekend in September.

Before the end of 2019, Post 152 plans on setting up a flagpole outside the R.L. Johannsen Center to display the American flag.

Kummerfeld has served as the commander of the Legion Post for four years, but said Post 152 has been looking for a new person to take over the position.

“It’s time we had some fresh blood,” he said.

The schedule for the program at South O’Brien High School in Paullina follows:

At South O’Brien Elementary in Primghar, the Veterans Day program also will begin at 10 a.m. The program, which is expected to last about 30 minutes, is as follows:

Sutherland to get new health-care clinic

SUTHERLAND—Construction is well underway on a new health-care clinic in downtown Sutherland.