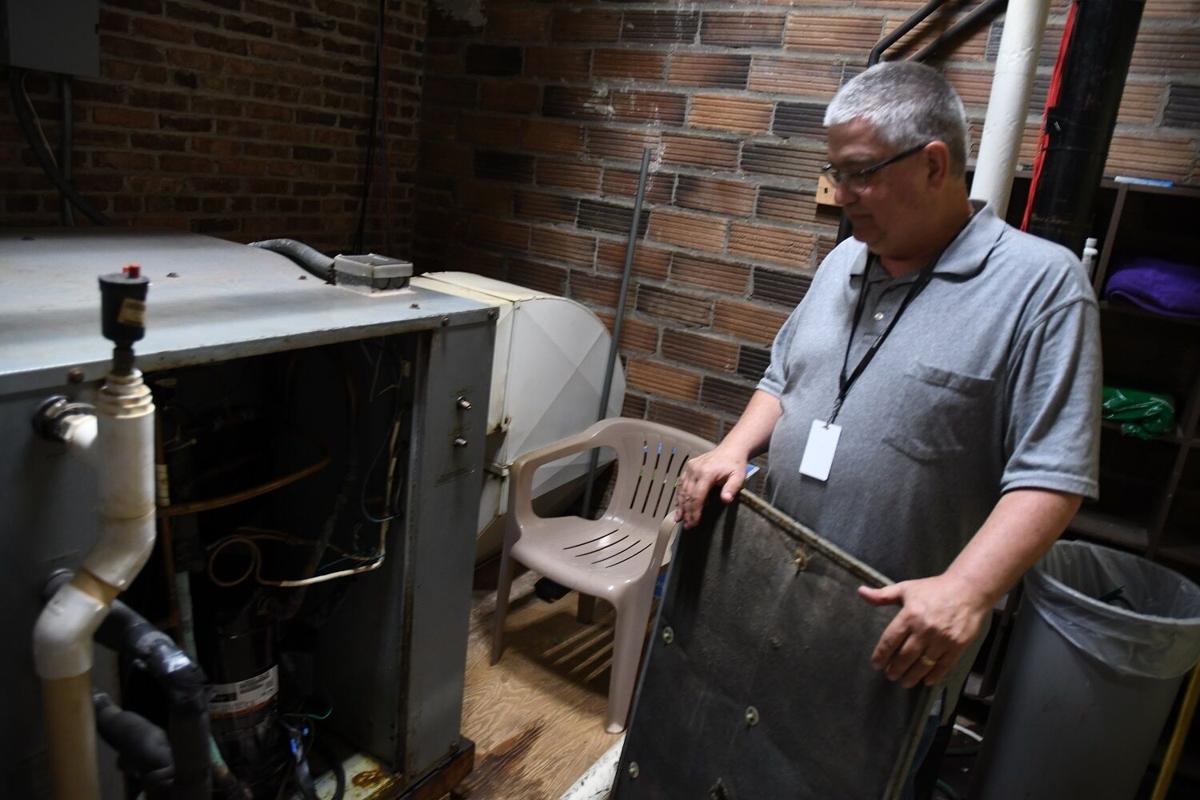 Willoway Complex executive director Mark Cody opens the panel to the Dectron dehumidifier, heating and cooling unit for the facility’s indoor pool. The unit is worn out and in need of replacing — a project which Cody hopes American Rescue Plan Act money from O'Brien County can fund. 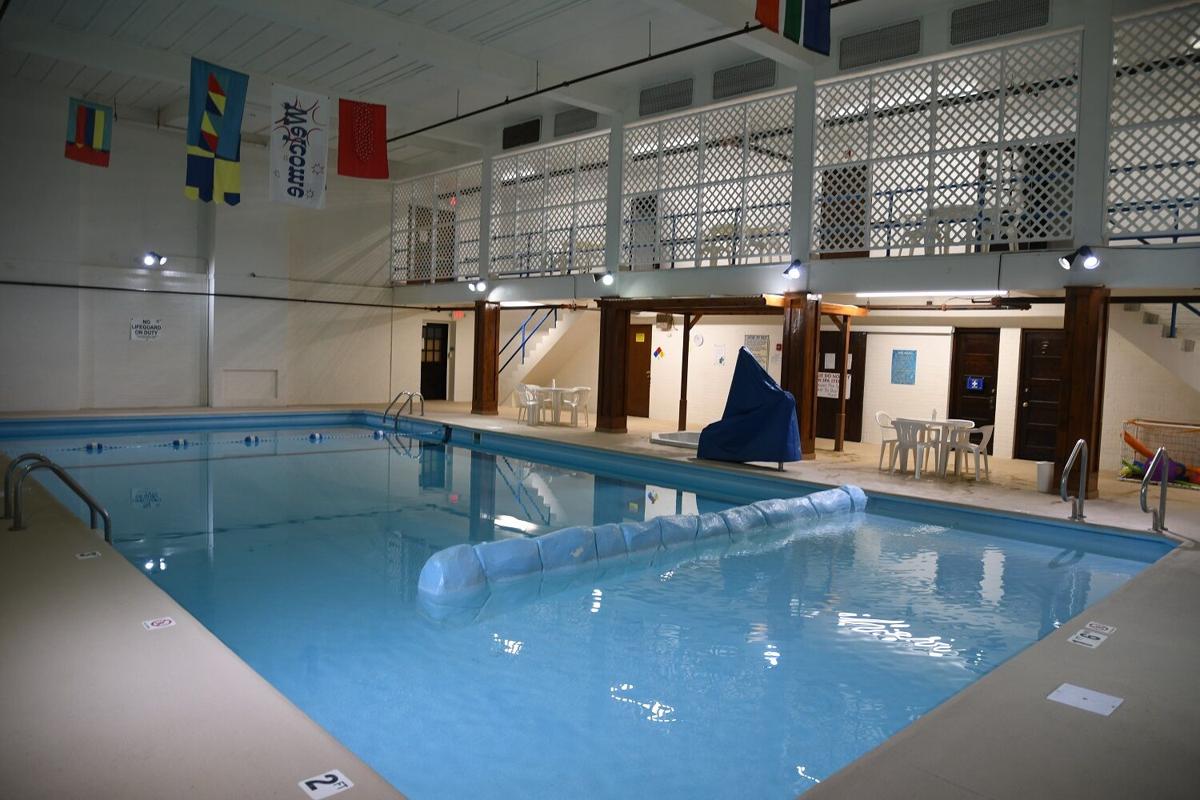 The pool at the Willoway Complex in Sutherland is in need of a new dehumidifying, heating and cooling unit which stabilizes the water and air temperature. Executive director Mark Cody recently requested the O’Brien County Board of Supervisors allocate a portion of its American Rescue Plan Act funding to replace the unit.

PRIMGHAR—Pool machinery at the Willoway Complex is at the end of its life span, and Mark Cody is crossing his fingers that American Rescue Plan Act money will help fund a replacement.

Cody, the executive director of the Sutherland independent-living facility, requested about $50,000 from the county’s first allotment of $1.3 million in stimulus funding to finance a replacement heating, cooling and dehumidifier unit for the building’s pool.

He told the board of supervisors during its Tuesday, July 27, meeting the existing Dectron unit dates back to 1996. When he noticed problems with the controller last fall, Willoway ordered a new controller that Hicks Electric Services from Calumet installed this spring.

However, the leaks continued after the compressor was replaced and Fred’s informed Cody the unit overall was getting too worn out to warrant further repairs.

“Right now, the air temperature there is hanging around 86, 87, but when it’s 100 degrees outside and that building’s solid brick, believe me, it gets hot.”

The pool water’s temperature meanwhile has dropped from its usual 85 degrees to 80 degrees. Physical therapists from MercyOne Primghar Medical Center regularly use the pool when working with patients and require the temperature to be at 85.

Other Willoway members have also complained about the cooler water as well as the hotter-than-usual atmosphere and humidity in the pool area.

“Our seniors up there — some of them have a hard time breathing. They’ve got to go through the balcony of that pool area to get to the dinner date. It’s hard on them,” he said.

When the outside temperatures start to cool in the fall and winter, Cody said the unit won’t be able to keep the area warm for indoor swimming at all.

He ordered a new unit from Dehumidifier Corporation of America in June but noted it could be 14-17 weeks until it’s operational because the unit first needs to be built and then installed to match the facility’s ductwork.

Cody also recounted the financial hardships the Willoway Complex went through the past year due to the coronavirus pandemic.

For instance, he said the average income Willoway receives from pool and fitness center memberships dipped by 14.75 percent last year. From March-June 2020, Willoway had no new members apply to the facility or new renewals from existing members.

Total number of memberships usually is about 120-130, but at the end of the second quarter of 2021, Cody said there were just 82 memberships.

The facility also lost revenue from hosting pool events from community members and organizations that don’t have memberships with Willoway and therefore rent the pool. Churches, school classes, 4-H groups, Girl Scouts and day cares were some of the organizations he listed that have used the pool in the past but that weren’t able to during the pandemic.

Although the facility is open for use as COVID-19 restrictions have eased, pool events have been slow to start up again.

To assist with costs for the new unit, Willoway has done private fundraising and received about $4,000 so far from individual donors. He also plans to hold more fundraising events in the future, such as at Sutherland’s annual Labor Day celebration in September.

Cody hoped that once the pool equipment gets replaced, memberships will begin to increase and that more events will get booked in the pool.

“It’s just too humid in there to have people in and do that,” he said.

The O’Brien County Board of Supervisors also addressed these agenda items during the July 27 meeting: