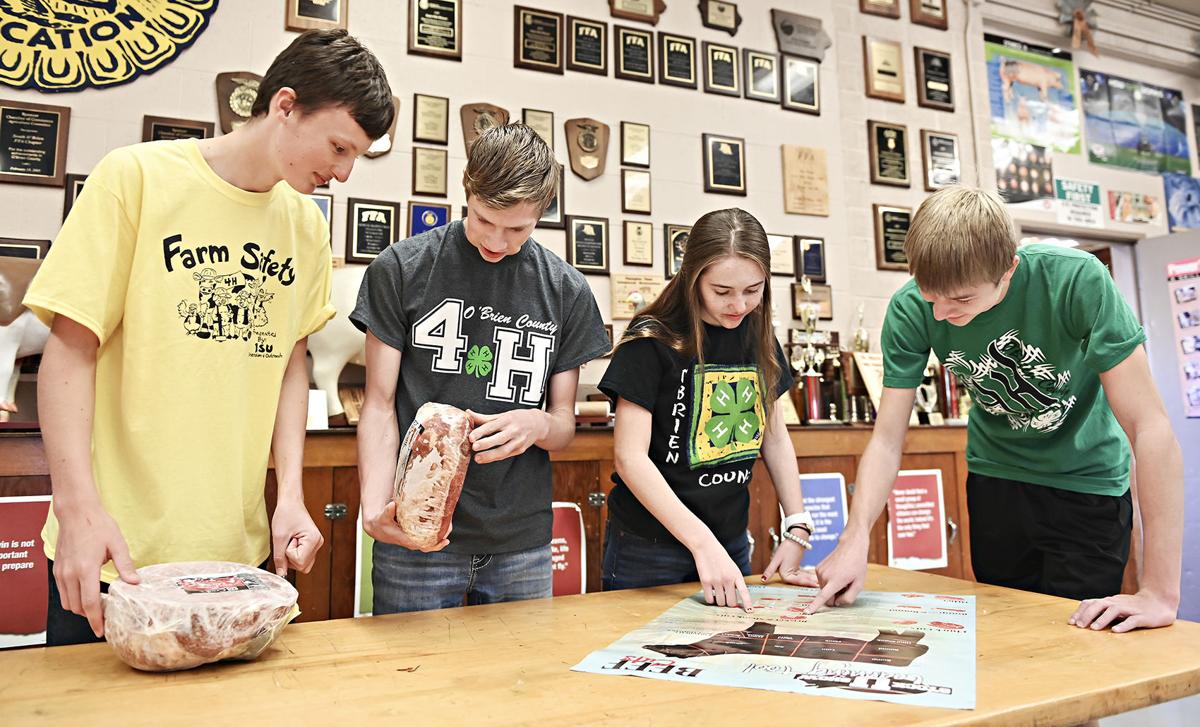 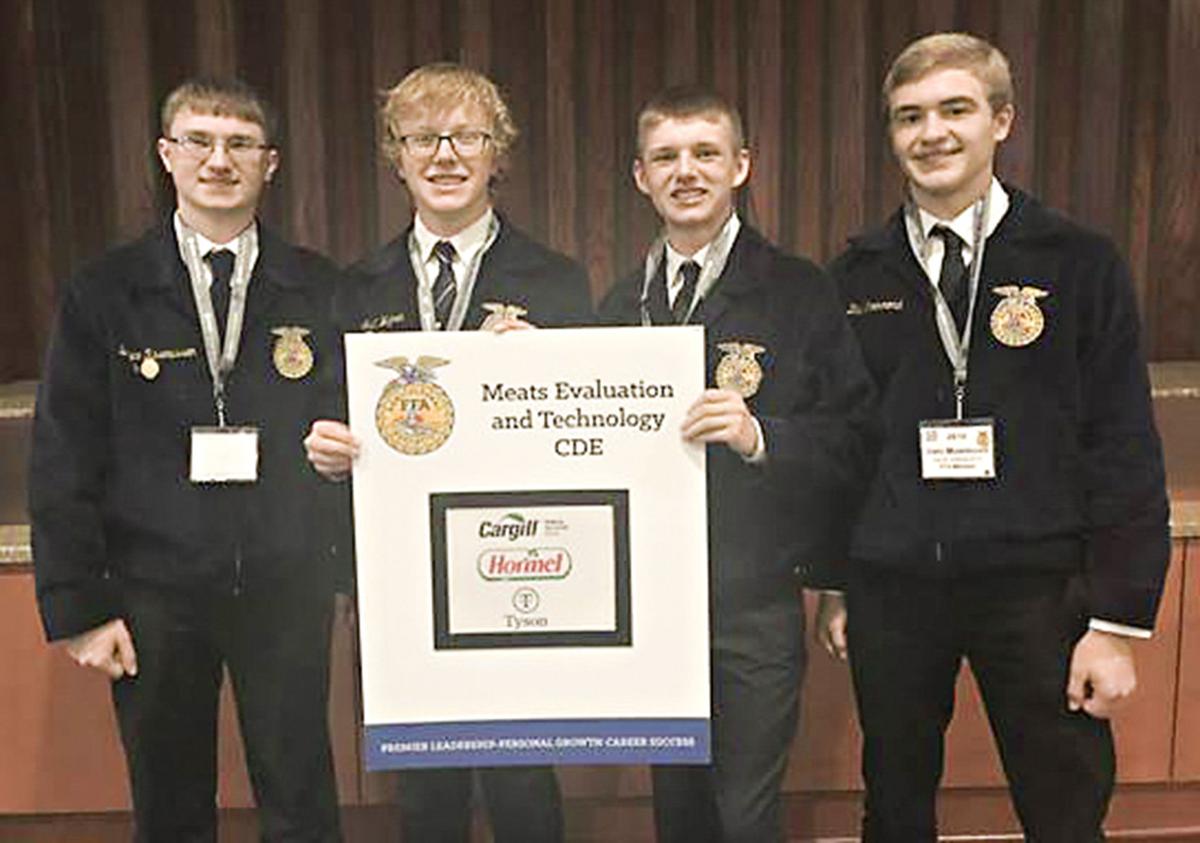 PAULLINA—A meats judging team made up of students from South O’Brien High School in Paullina recently performed a well-done job at the national level.

“The team did a really nice job representing O’Brien County and Iowa at the national level,” Kumm said. “We are thankful for the support of the O’Brien County 4-H Foundation and Iowa State 4-H/Extension.”

During this kind of event, teams delve into the science of meat by evaluating meat carcasses for quality and yield grade; identify various meat cuts and place carcasses; and identify wholesale and/or retail cuts.

In addition to finishing seventh overall as a team, Iowa placed:

“With the teams being so good at this level of competition, it comes down to really small errors, which can make a difference in team and individual placings,” Kumm said. “The only area that we really could’ve made up points was in retail ID.

“The form is different than what we use at our state contest and there are about 35 new cuts of meat to learn,” he said. “Other teams had their state contests done at the beginning of the summer, where we had ours at the end of August. We just needed a bit more time.”

The team of Boardman, Farquhar, Mars and Rehder won the 2019 Iowa 4-H State Meats Evaluation Contest on Aug. 24 in Ames to earn the right to represent Iowa at the national competition.

O’Brien County has only had one other team compete in the national 4-H meats judging contest. That happened in 2016 and the team placed 11th overall.

This year’s national competition marked the end of Mars’ and Boardman’s meats judging careers at the high school level except for competitions such as the Little International at South Dakota State University in Brookings.

“They could still do any other contests like Little ‘I,’” he said. “Teams can’t advance to any national contest from Little ‘I.’

“Jack and Aidan still have the opportunity to compete in FFA if they choose to, but are done at the 4-H level since they were on the state champion 4-H team,” he said.

The national contest took place at the Land O’Lakes Center Inc. for Experiential Learning at Purdue University in West Lafayette, IN, during the 92nd National FFA Convention & Expo.

South O’Brien finished 14th out of 41 teams, earning a silver rating and missing out on a gold rating by one place.

“It was a great experience for the team to compete at this level — not many FFA members are able to compete in a national FFA event,” said South O’Brien FFA adviser Eric Kumm.

South O’Brien’s finish this year was the highest-ever placement by one of its meats judging team at the national FFA contest. The previous best was 15th in 2014.

“Gold, silver and bronze ratings are determined by the officials based on where they see a natural break in the team points,” Kumm said. “It generally ends up being about a third in each category.

There were 123 individuals competing from the 41 teams involved in the national FFA contest.

“The team really did a nice job competing against the other top teams from each state,” Kumm said. “The turnaround time from our state contest to the national contest is pretty short.”

“Most other states have their state event in the spring, where ours is in August, so a couple more weeks would’ve been helpful to fine-tune some of the components at the national contest that we don’t have at our state contest,” Kumm said.

Kumm noted there are differences between the national FFA competition and Iowa’s state FFA contest.

“The new components were challenging, but our team handled them well,” he said. “By components, I mean different judging activities.

“At nationals, they have keep/cull classes, old cow carcasses to grade/yield, questions over judging classes, identification of muscles and bones,” he said.