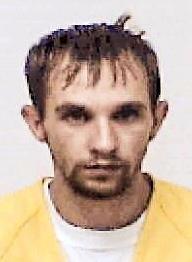 ROCK RAPIDS—A 24-year-old Sioux Falls, SD, man has been sentenced in connection with a high-speed chase in Lyon County in May.

The case against Daniel James Lingar stemmed from an attempt to stop a 2001 Crown Victoria for having its back window broken out and not having a visible registration plate about 8:40 p.m. Wednesday, May 25, near the intersection of Highway 9 and Lily Avenue about two miles west of Little Rock, according to the Lyon County Sheriff’s Office.

The vehicle failed to stop, and a pursuit followed.

The chase continued west on Highway 9 for about nine miles with the car reaching speeds of up to 100 mph.

Another Lyon County deputy deployed stop sticks near the intersection of Highway 9 and Indian Avenue about three miles east of Rock Rapids.

The vehicle then left the roadway and traveled through a planted cornfield before becoming stuck in an adjacent ditch.

Lingar, the driver, then took off on foot but was apprehended a short time later.

He had bloodshot/watery eyes and failed field sobriety tests, according to the incident report.

Lingar was found in possession of a glass smoking pipe with burnt residue that tested positive for methamphetamine.

Lingar was charged with first-offense operating while under the influence; first-offense possession of a controlled substance — methamphetamine; possession of drug paraphernalia; two counts of eluding; reckless driving; two counts of driving on wrong side of a roadway; failure to maintain control; fourth-degree criminal mischief; interference with official acts; defective tires; window or windshield requirements violation; speeding; no valid driver’s license; failure to display registration plates; and fugitive from justice.

He was additionally served with two outstanding warrants from Minnehaha County in South Dakota.

Lingar initially pleaded not guilty; however, after a series of continuances, a plea agreement was reached, and he pleaded guilty Nov. 21 in Lyon County District Court in Rock Rapids to eluding or attempting to elude while operating while intoxicated or a controlled substance violation while being a habitual felon.

Judge Shayne Mayer on Jan. 20 sentenced him to an indeterminate term of incarceration not to exceed 15 years in prison, but the sentence was suspended as part of the plea agreement. Instead, Lingar was placed on probation for two years with the 3rd Judicial District Department of Correctional Services, which includes obtaining a substance abuse and/or mental health evaluation and

All the other charges were dismissed as part of the plea agreement.

Twenty-five-year-old Brett Allen Brodin of Sioux Falls, SD, had been traveling with Lingar in a 2013 Hyundai Sonata and stopped at the scene of Lingar’s arrest on May 25.

Deputies on scene observed Brodin appeared to be under the influence of drugs.

He admitted to using marijuana earlier in the day and exhibited physical indicators of being impaired by marijuana, according to the incident report.

Marijuana boxes and disposable vaping devices were found in the vehicle as was a 1-year-old child.

Brodin was arrested on a charge of first-offense operating while under the influence and child endangerment.

However, Brodin failed to appear for arraignment on July 18 and a warrant has been issued for his arrest. A judge later ruled that his $1,000 cash bond is forfeited.