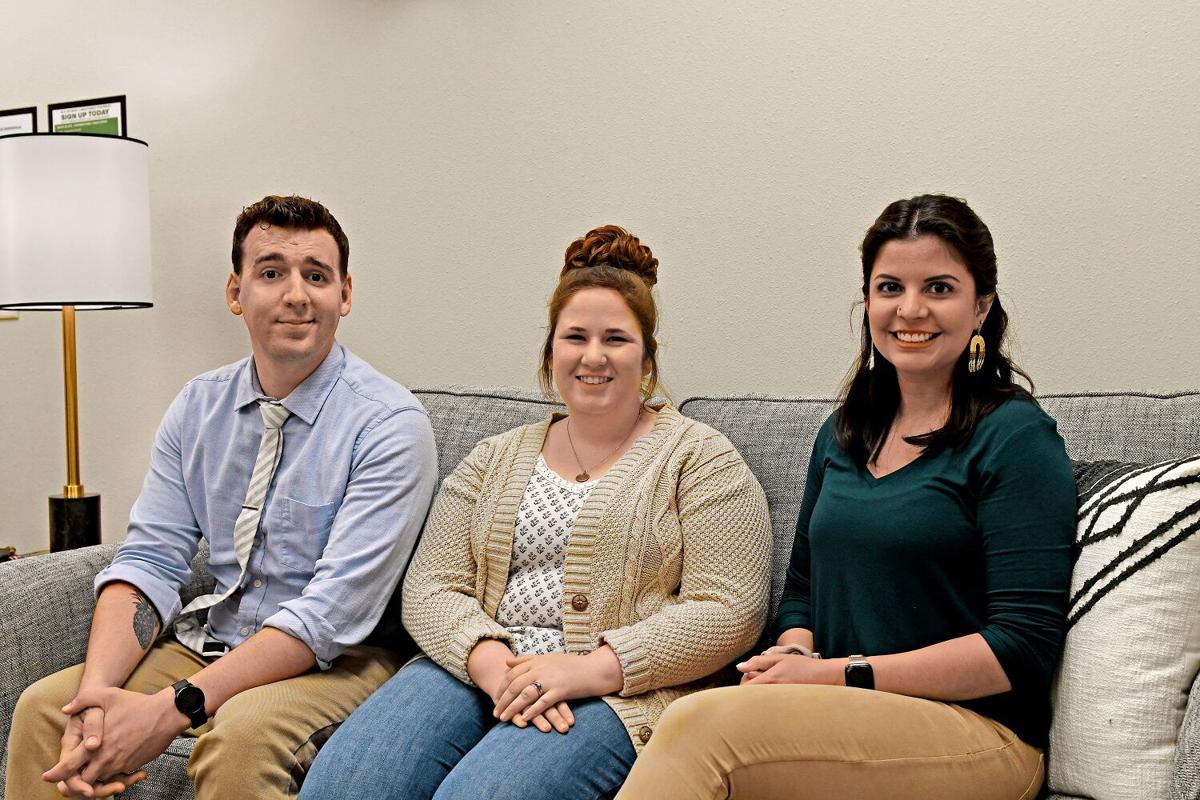 Weston and Kelsey Van De Berg of Orange City and Michelle van Beek of Sioux Center are the co-owners and founders of Comunicamos Language Services, which provides Spanish-English translation work. The friends launched the business this spring. 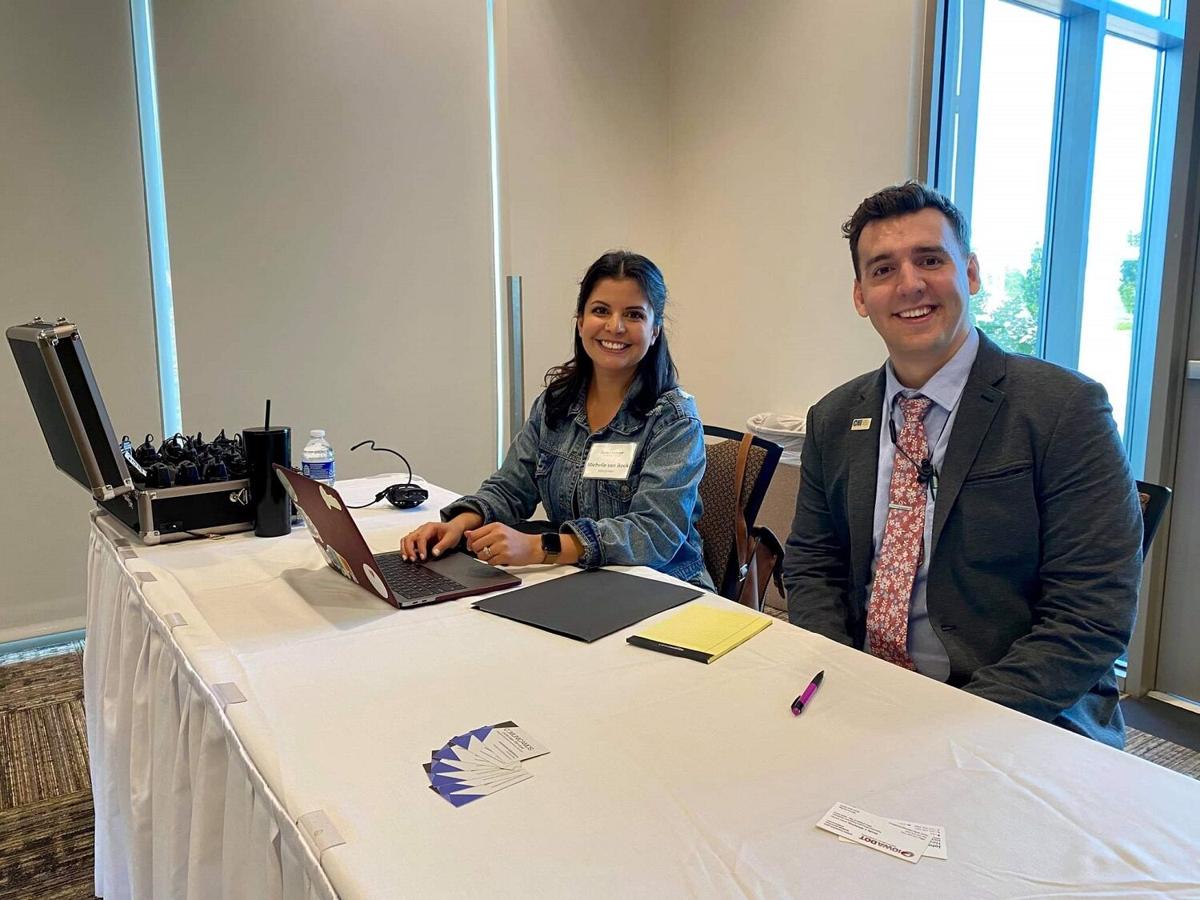 Michelle van Beek and Weston Van De Berg are seated at a recent informational meeting the city of Sioux Center held regarding construction work along Highway 75. The co-owners and founders of Comunicamos Language Services provided simultaneous English-to-Spanish interpretation during the event. 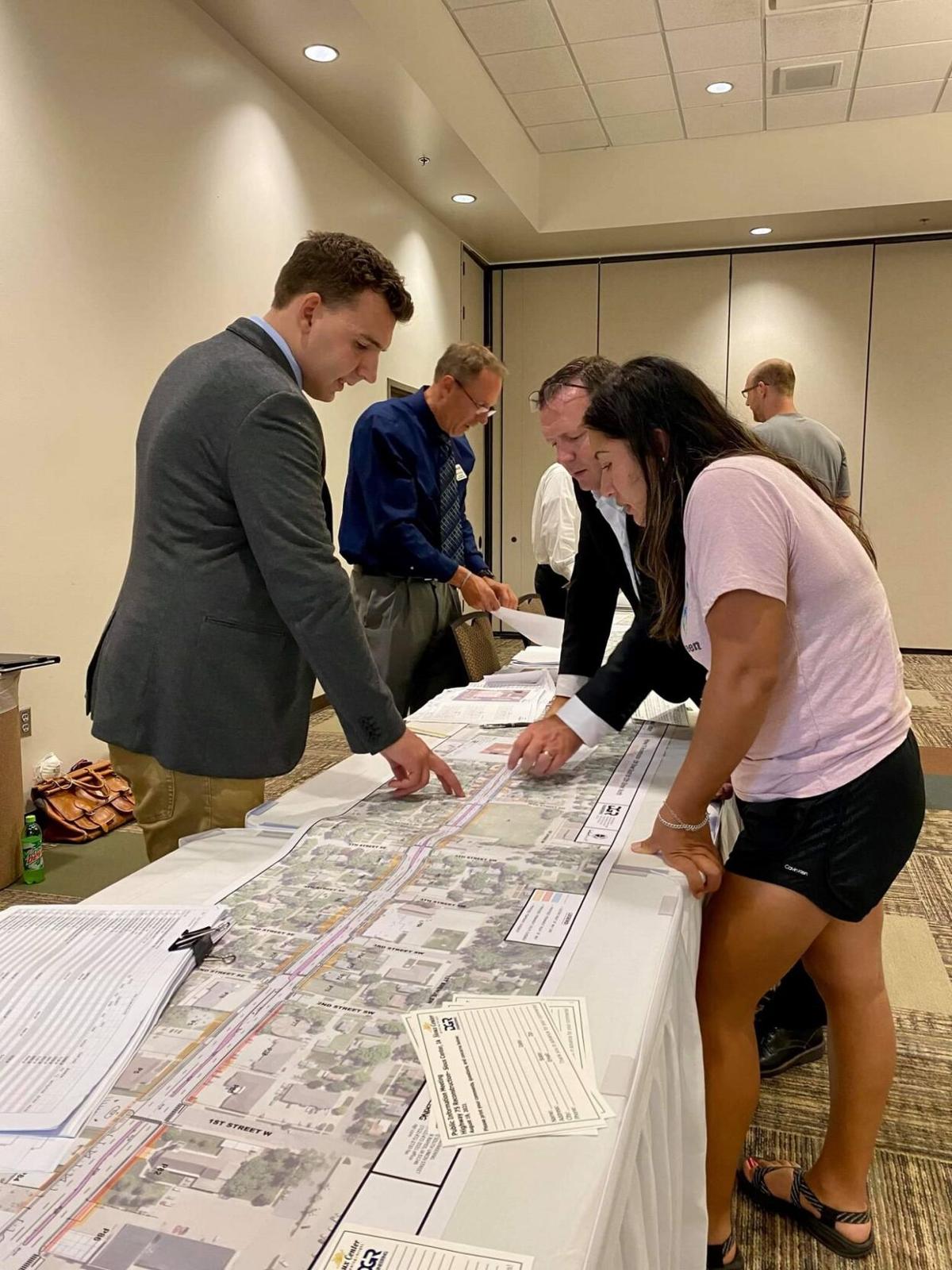 Weston Van De Berg points to a section on a map of Highway 75 while offering in-person Spanish-English translation during a recent meeting the city of Sioux Center held regarding construction work along the thoroughfare.

Weston and Kelsey Van De Berg of Orange City and Michelle van Beek of Sioux Center are the co-owners and founders of Comunicamos Language Services, which provides Spanish-English translation work. The friends launched the business this spring.

Weston Van De Berg points to a section on a map of Highway 75 while offering in-person Spanish-English translation during a recent meeting the city of Sioux Center held regarding construction work along the thoroughfare.

After graduating, each person found work in translation services: Kelsey has been a bilingual advocate at Family Crisis Centers in Sioux Center the past five years while Weston and van Beek initially worked as medical interpreters at Hegg Health Center in Rock Valley.

The three of them have offered private translation services in their spare time, but until this year, they had not done so as an organized company.

Kelsey, 28, who is married to Weston, 27, recalled that when the coronavirus pandemic hit last year, companies reached out to her husband to help translate new policies related to COVID-19.

“He did a lot more of that, and then he just decided he liked it and so he wanted to do more,” Kelsey said.

When the Van De Bergs were filing their taxes this spring, their accountant brought up the idea of them creating a formal translation business organized as a limited-liability company. They considered the suggestion and decided to go for it. Since they were friends with van Beek, 25, and knew van Beek did translation work, they asked her to join the endeavor.

The name of the company — Comunicamos — is the first-person plural form of the verb “communicate” in Spanish, translating to “we communicate.”

The business mainly translates documents from one language to the other for personal or business purposes, though it also can provide in-person spoken translation.

Once they know what clients need translated, the Van De Bergs and van Beek give them an estimate for the cost and date by which they can have the job completed. The business owners also decide who among the three of them is best suited for the job or who has the most available time for it.

“It’s worked really well so far,” Kelsey said. “It’s been good to have each other to draw off too, for editing. We can edit each other’s work now and we have a system where the person who edits gets a cut of the job for having edited the final draft.”

The business has seen a mix of people needing documents translated from Spanish to English and vice versa. Spanish-to-English jobs tend to be shorter documents — such as marriage or birth certificates or court-related papers — while English-to-Spanish requests are usually longer tasks.

For instance, Kelsey recalled a job Weston took in which a client needed a 30-page employee handbook translated into Spanish. Since the document was so lengthy and included more complicated language, it took about two-three weeks to finish.

Michelle and Weston provided simultaneous interpretation during the event, in which they spoke into a microphone to translate the English words being said. Attendees that needed to hear the Spanish translation wore earpieces, which avoided the need to pause the meeting for translation.

Comunicamos’ clientele has mainly been from around N’West Iowa, although Kelsey said a couple of jobs have come from Sioux City. The business has mostly grown through a combination of word-of-mouth referrals from friends and family and self-promotion through the company Facebook page.

Northwestern professor of Spanish and translation and interpreting Piet Koene — under whom the Van De Bergs and van Beek studied — also has referred people to his former pupils’ company.

“From my perspective as a professor, it’s great because that’s the idea of the interpreting program at Northwestern, that it’s a very practical, hands-on program,” Koene said. “To see that former students now have advanced so far in the field, it’s very gratifying to see that.”

The business owners look forward to getting the word out about their company and seeing where it goes. One goal they have is to purchase a computer-assisted translation tool, which Kelsey said is similar to Google Translate but is continually programmed by the user to be more accurate.