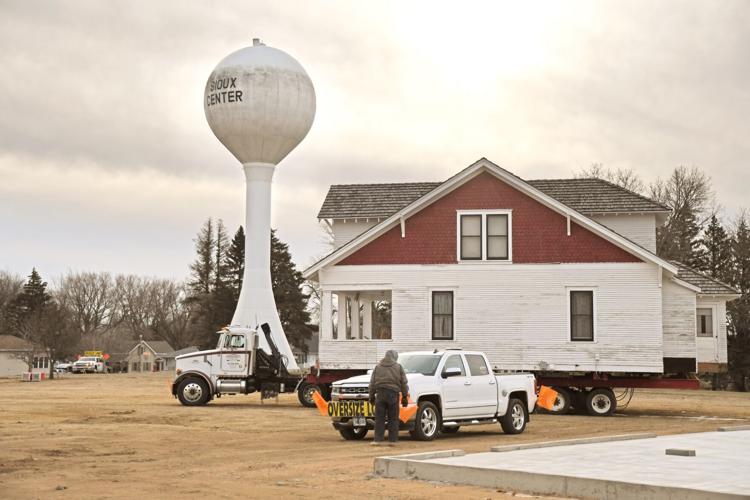 The American State Bank Sports Complex will host several sports for nearby Dordt University in Sioux Center as well as city-sponsored events. The $8 million project is scheduled to be complete by the end of the year 2022.

SIOUX CENTER—There’s plenty of work to be done, but Sioux Center is moving the ball up the field for one of its most momentous goals in city history, the turf dome set to open at the end of the year.

City manager Scott Wynja views the project — formally named the American State Bank Sports Complex — as a major win for economic development in the county’s most populous community with about 8,230 residents.

“It’s certainly a large project and a large undertaking, but with some of the other great things taking place in our community, we just see this as another great amenity and attraction,” Wynja said. “Not only the people that live in Sioux Center and are going to utilize the facility and the student-athletes at Dordt University, but it will certainly be a huge regional draw for folks to come into Sioux Center and visit.”

The sticker price for the 118,000-square-foot facility is $8 million, making it one of the costliest constructions in town. The bill is split 50-50 between the city and Dordt, which will field several of its athletic programs in the multipurpose indoor space.

Wynja said the public-private deal exemplifies the city governing philosophy of “progress through cooperation,” a mantra tagged at the end of every e-mail he sends.

“It’s just something we use a lot,” he said. “When we’re talking about projects and working together and what’s in the best interests of the community, we try to move forward in a cooperative spirit. Whether that’s just between the entities or working with other developers or working with the business community, that’s always something we try to keep in the back of our mind.”

The seven-figure project’s strain on the partnership’s checkbook is a bit lighter than expected so far. One of the two key components of the building, the fabric roof, came in well under budget.

Minneapolis-based Yeadon Domes won the bid by coming in $700,000 less than its competitor.

The second big bid will be for the rest of the construction, including the turf and other indoor amenities, of which the city is in the process. Groundbreaking is set for the spring.

Before any earth can be moved, the site’s previous tenants need a relocation. The complex will be built on the former site of the Heritage Village. The historic site has been prepping for months the move from its spot next to the Dordt campus to Tower Fields in the southwest part of town. On Tuesday, the city began to haul the Village’s structures across town.

“It’s been exciting to see the Heritage Village board take, really, some amazing leadership through a difficult transition. The easiest thing would have been to not move Heritage Village, but it maybe wasn’t the best thing long-term for Sioux Center,” Landegent said.

She added that a heritage museum is in the works for the village’s new home as well as children’s attractions and a recreation trail.

The relocation portion of the project is not part of the $8 million estimate.

The two new venues will foster growth, Landegent said, bringing cash and constituents to Sioux Center. The city estimates 200,000 visitors a year will come to the sports complex.

“Sioux Center is a town of multiple cultures and to see cultures coming together — especially with indoor soccer — that’s exciting,” she said. “It’s exciting to see a partnership between the university and the city, just to offer something that will make the community as a whole better.”

Wynja echoed that sentiment, calling the turf facility a “great economic engine” that will bolster the local workforce and retail.

“We certainly see that dollar spending numerous times throughout our community by having a different venue like that,” he said.

The sheer impressive impact of the dome is another thing the city manager noted. As Sioux Center closes 2021, he said residents will be proud of the building, especially when it is up and running by next New Year’s.

“Just the wow factor of the different events and things we can have and create inside that facility, so we’re really excited to get that project completed,” Wynja said.