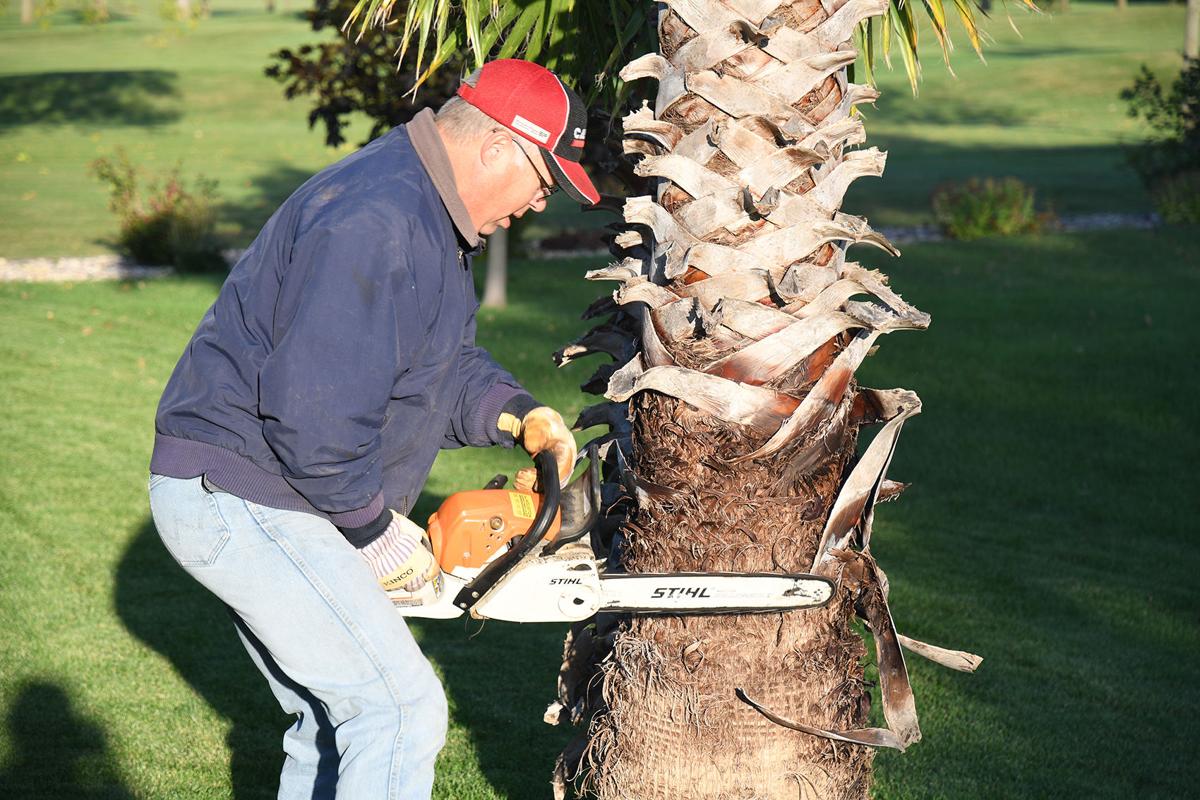 Dennis Poppen begins sawing the base of his 20-foot-tall palm tree, which has grown in his side yard since 1999. The decision to cut it down wasn’t easy for him, but in the end, he said it was a practical move. 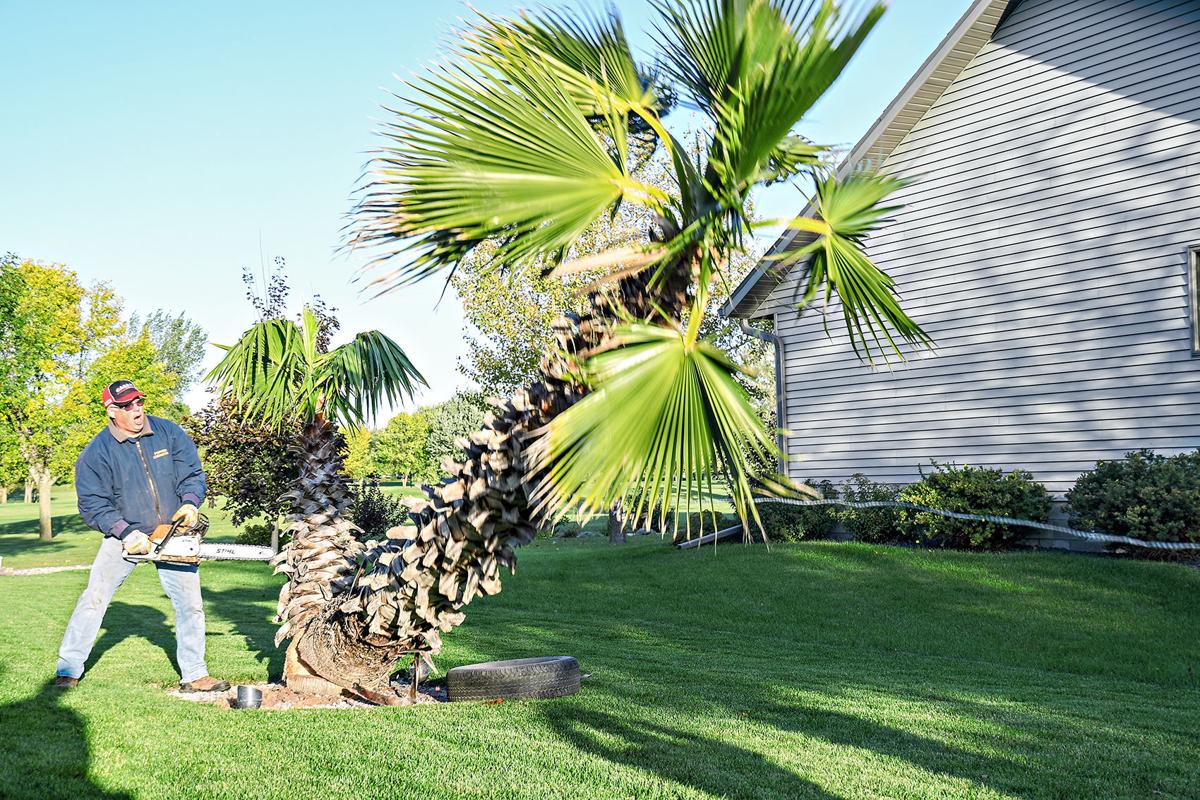 Dennis Poppen watches his 20-foot-tall palm tree crash to the ground as he steps back from making the final stroke with his chain saw. Poppen made the decision to remove the tree to give a second, smaller palm tree more sunlight to grow.

The 59-year-old farmer cut down the taller of two palm trees he has been growing in his side yard since 1999.

Poppen said maintaining the 20-foot-tall tree had come to be too much work. To keep the exotic plants thriving in the cold winter months, he first wraps them in burlap and heat tape then sets up a greenhouse around them with help from Ed Strouth of Ed’s Electric.

“He’s about ready to retire and his boom truck died. So I didn’t have a boom truck to help put the greenhouse up this year,” Poppen said.

Poppen mentioned another problem the tall tree caused: It was blocking too much light from the sun for the smaller tree to properly grow.

“The little one wasn’t getting any light, so it was almost dead in the winter,” he said.

With winter weather on the way, Poppen thought it best to just take the taller tree down to allow the smaller one to grow.

Poppen felled the tree with his chain saw, cutting a wedge out of the trunk’s base so the plant would fall down at an angle. His neighbor, Junior Rassmussen, then guided the tree down with a rope tied around the upper part of the trunk.

Since it is only about half the size of the taller one, Poppen said the smaller palm tree will be easier to manage.

“It’s a lot of work putting four pieces all the way around.”

The decision to cut down the tree wasn’t an easy one for Poppen, given how much effort he has invested in growing it.

“It feels a little bit sad when I drive by and it’s just the other one there because I put a lot of work into it over the years,” he said. “A lot of enjoyment looking at it.”

The New Year is almost here, so I thought I’d use my final Take 5 of 2019 to look back on the stories I had the most fun covering this year.