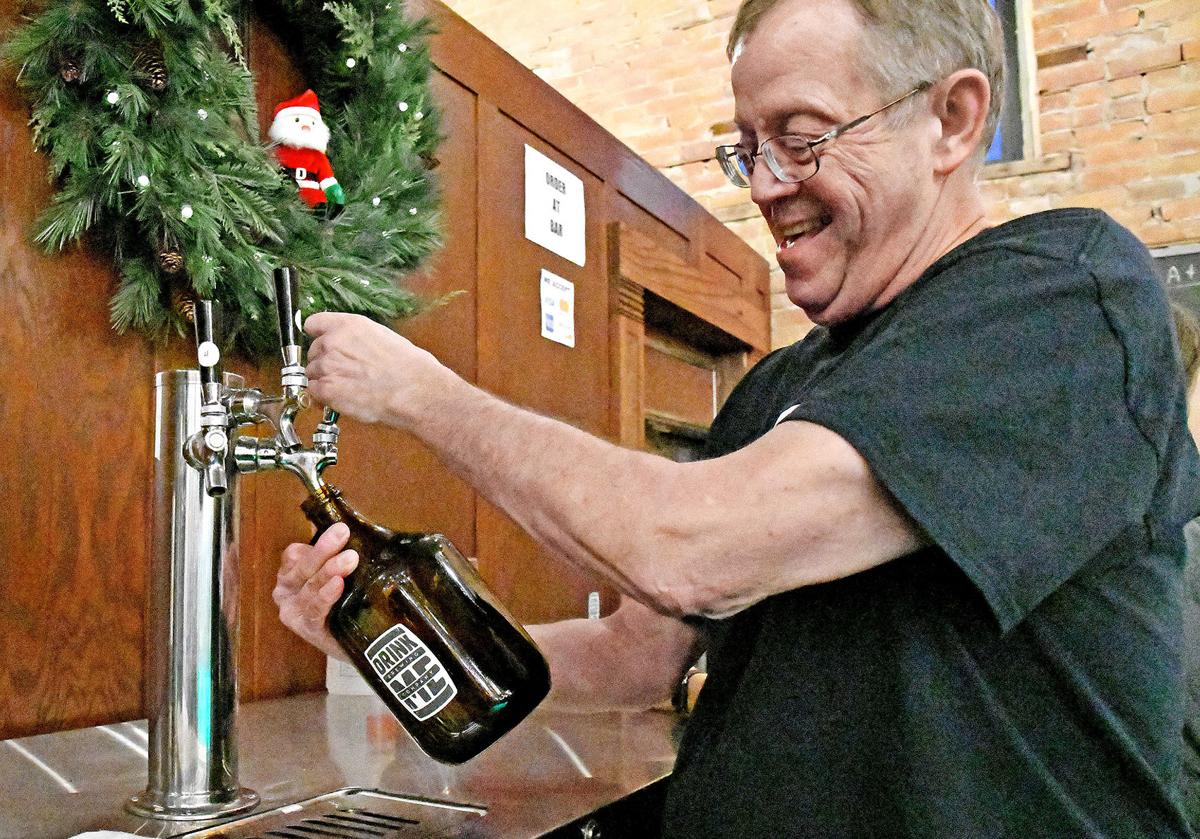 Drink Me Brewing Company co-owner John Berry fills up a growler for a customer during the Sibley small craft brewery’s open house Saturday, Nov. 30. Berry owns the business alongside his wife, Lillian. 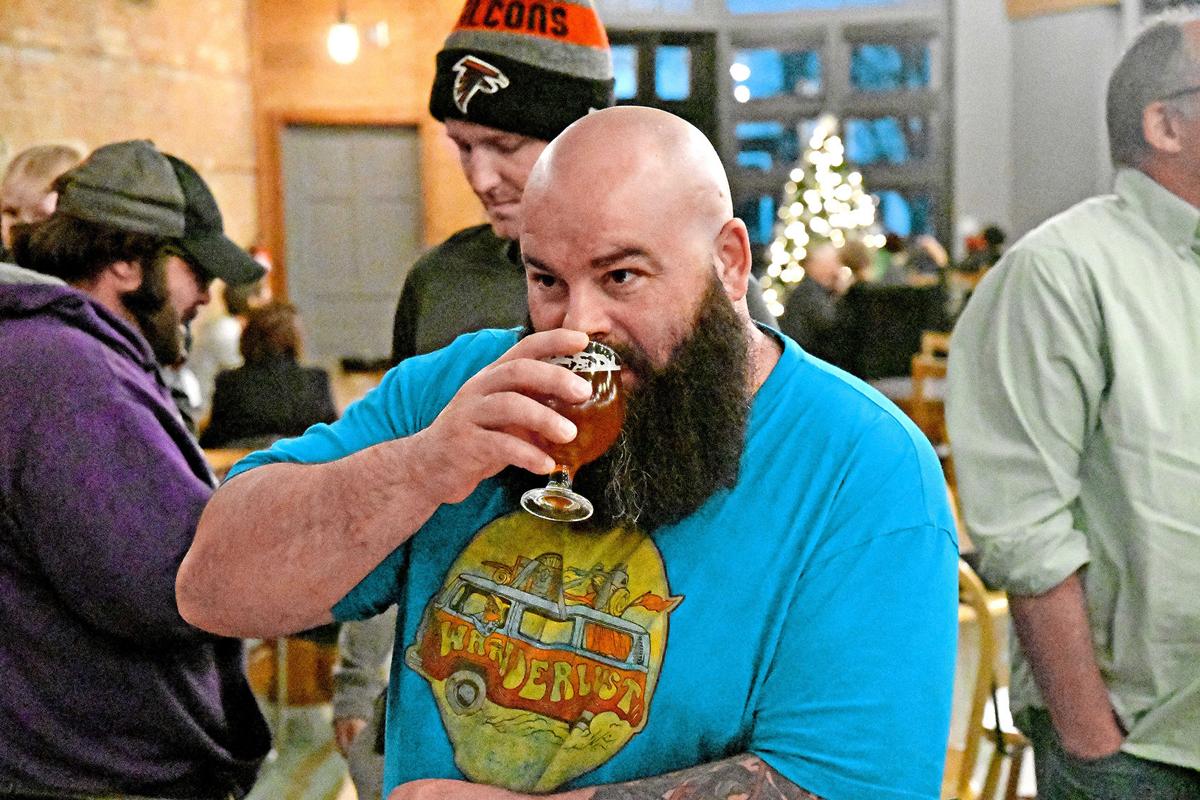 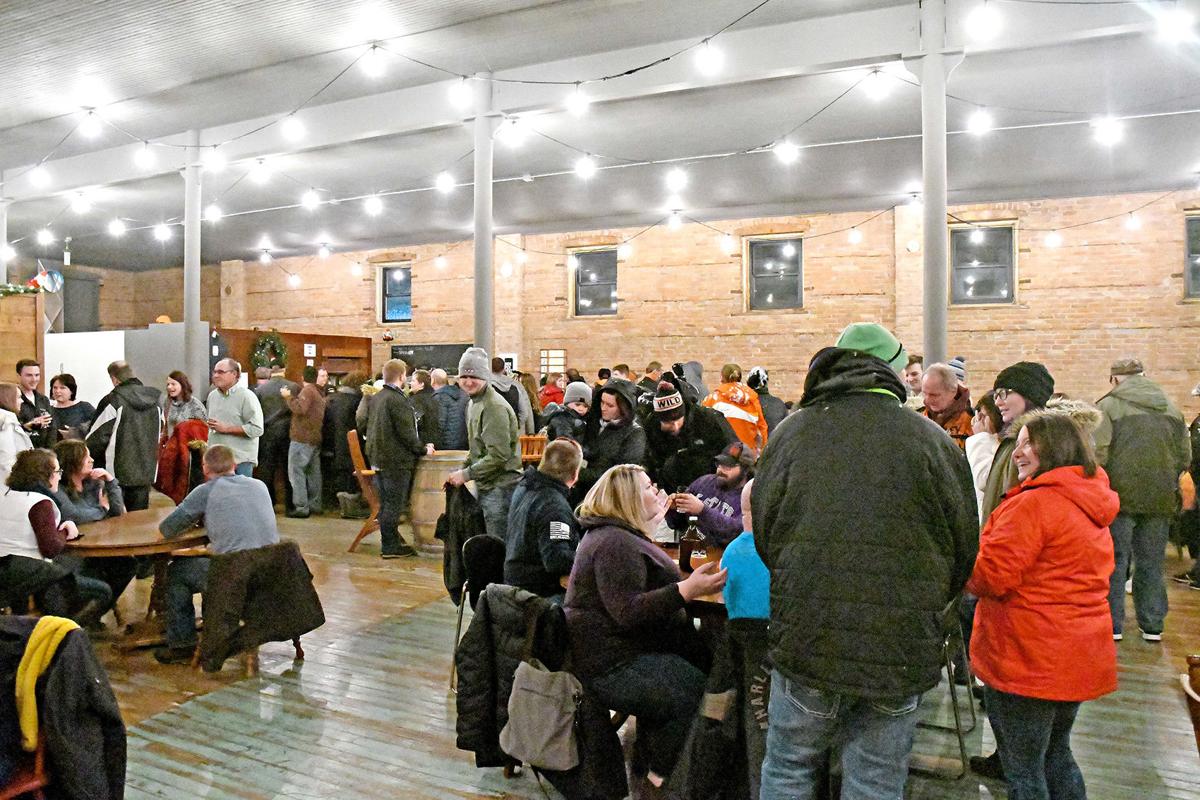 Drink Me Brewing Company co-owner John Berry fills up a growler for a customer during the Sibley small craft brewery’s open house Saturday, Nov. 30. Berry owns the business alongside his wife, Lillian.

SIBLEY—A business idea that has been brewing in Sibley since 2014 finally had a chance to give cheers with beers.

After years of major renovation work and sporadic open hours, Drink Me Brewing Company celebrated its official grand opening Saturday evening, Nov. 30, with an open house at its downtown location in the Osceola County seat community of about 2,600.

“It’s an adjustment for us now because now we’ve got regular hours and so we need to make sure that we have enough beer,” said John Berry of Sibley, who owns the small craft brewery with his wife, Lillian.

“We went though a lot of beer on Saturday, so we’re having to ramp up our production, which is a good thing,” he said. “It’s a good feeling. It hasn’t totally sunk in yet.”

The brewery’s open house was held during Sibley’s community Christmas celebration. Drink Me Brewing was hopping with business despite a snowstorm.

“It was almost impossible to count the people coming in because we were all so busy,” John said. “We ended up selling over 650 beers.

“We were pouring beers nonstop from 5 all the way up to about 9:30, when it started to slow down,” he said.

The Berrys did not know how many people to expect for the brewery’s open house.

“What happened was beyond what we thought was going to happen,” John said. “We got a good reception from everybody.

Drink Me Brewing has a new approximately 5,000-square-foot events center located inside a 129-year-old, red-brick structure at 210 Ninth St. that includes a bar area and beer tasting room.

People who visit the business are allowed to bring in outside food to enjoy while sampling various beers.

For events the brewery could host — such as birthday parties and wedding receptions — its capacity is 200 people.

“We have tables and seating for roughly 90 people, but we have space where more tables and chairs can be rented out from somewhere and brought in,” John said.

The beer-brewing part of the Berrys’ business is situated inside a roughly 1,200-square-foot, one-story gray metal structure behind the two-floor brick building.

“It’s just really nice to actually be at that point where we have the dust out of the way and we can actually start to serve beer and spend more time making beer,” John said.

John, a 63-year-old longtime home brewer, and Lillian, 62, opened their business in July 2017, just over three years after purchasing the property for their brewery from the city of Sibley for $1.

“It’s been a long journey,” John said. “We’ve been working at this for five and a half years. It was an old building that had been vacant for five years. It had an awful lot of infrastructure work that had to be done on it.

“At the same time, we were building out the brewery,” he said. “Now we’re at that point where we can focus just on the brewery part and we don’t have to worry as much about the other.”

There still is some work that has to be finished on the exterior of Drink Me Brewing’s brick building, which sits on the northeast corner of old Highway 60 and Sibley’s main street downtown.

“The whole front of the building — we need to have some tuckpointing done,” John said. “We need to finish the window trim. We had been working on that and then the weather just got cold and snowy and icy, so we had to put a stop to it.

“On the sides of the building, we have some window trim to put on the new windows that we put up,” he said. “Then once again, there’s some tuckpointing that needs to be done on the bricks.”

John and Lillian have not yet hired anybody to help them out at the brewery, but that will happen eventually.

The business and the brewing of its beers — which are aged in apple brandy, bourbon, gin, rum and wine barrels — keep the Berrys busy, as do their everyday jobs.

John works mostly from home as a senior customer relationship management administrator for Edgenuity, a company based in Scottsdale, AZ, that offers K-12 online curriculum and blended learning solutions. Lillian is the clerk at the Sibley Public Library.

“It’s a little crazy, but it’s a good crazy,” John said. “It’s balancing everything between having a regular day job and then everything with the brewery. It means that every available minute has to be used efficiently.”

The Berrys are happy Drink Me Brewing finally has a completed events center and regular open hours.

“We want the brewery to be an asset for the community,” John said. “We’re willing to work with the community to be able to take care of their needs. We hope to have special functions that can also help out the community.”