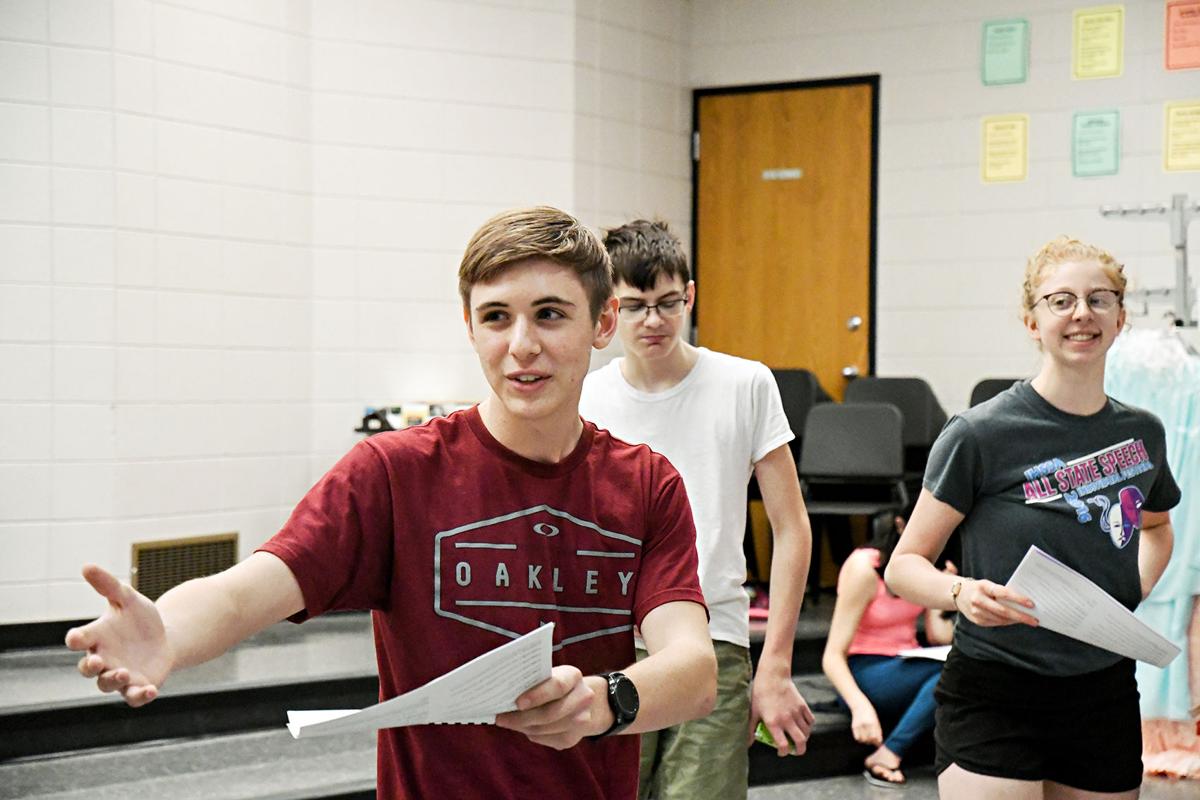 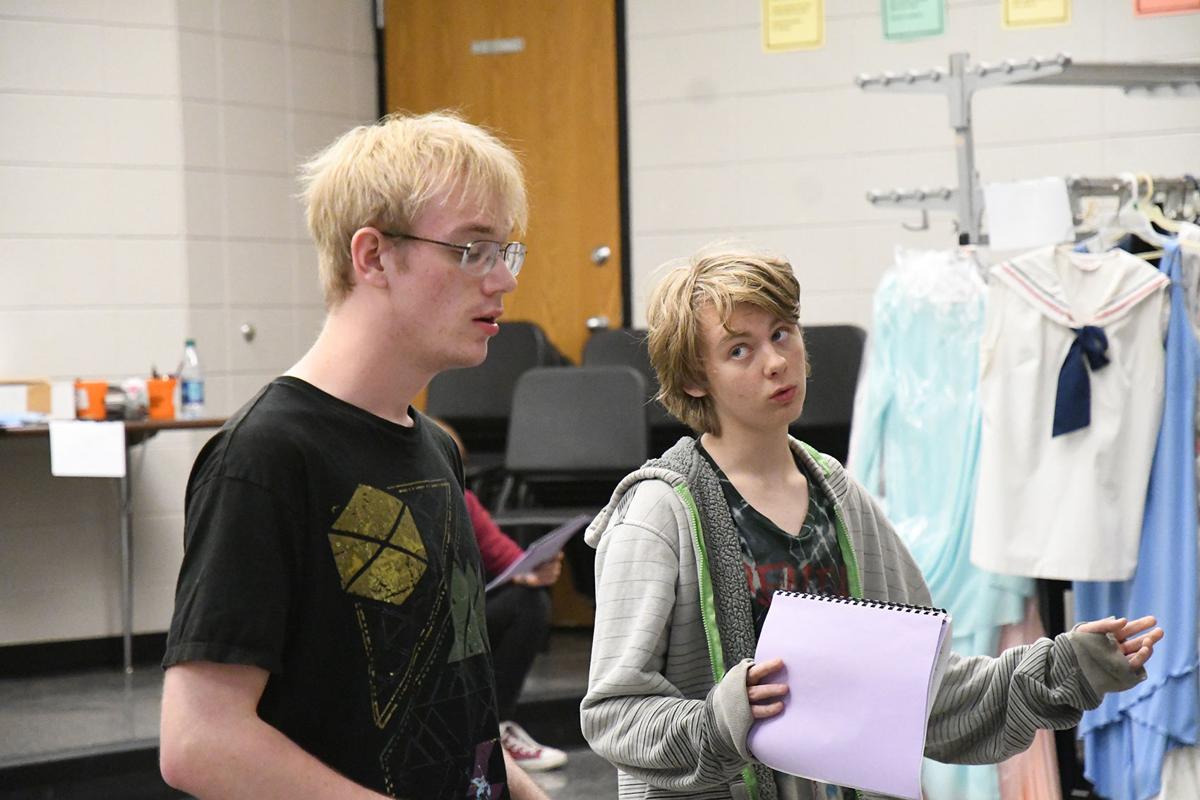 Sheldon High School Summer Theatre staff member Luke Jansma and freshman Dylan Frangenberg rehearse a scene in “Rapunzel (Uncut).” Jansma and Frangenberg are the narrators of the show who offer competing interpretations of the fairy tale. 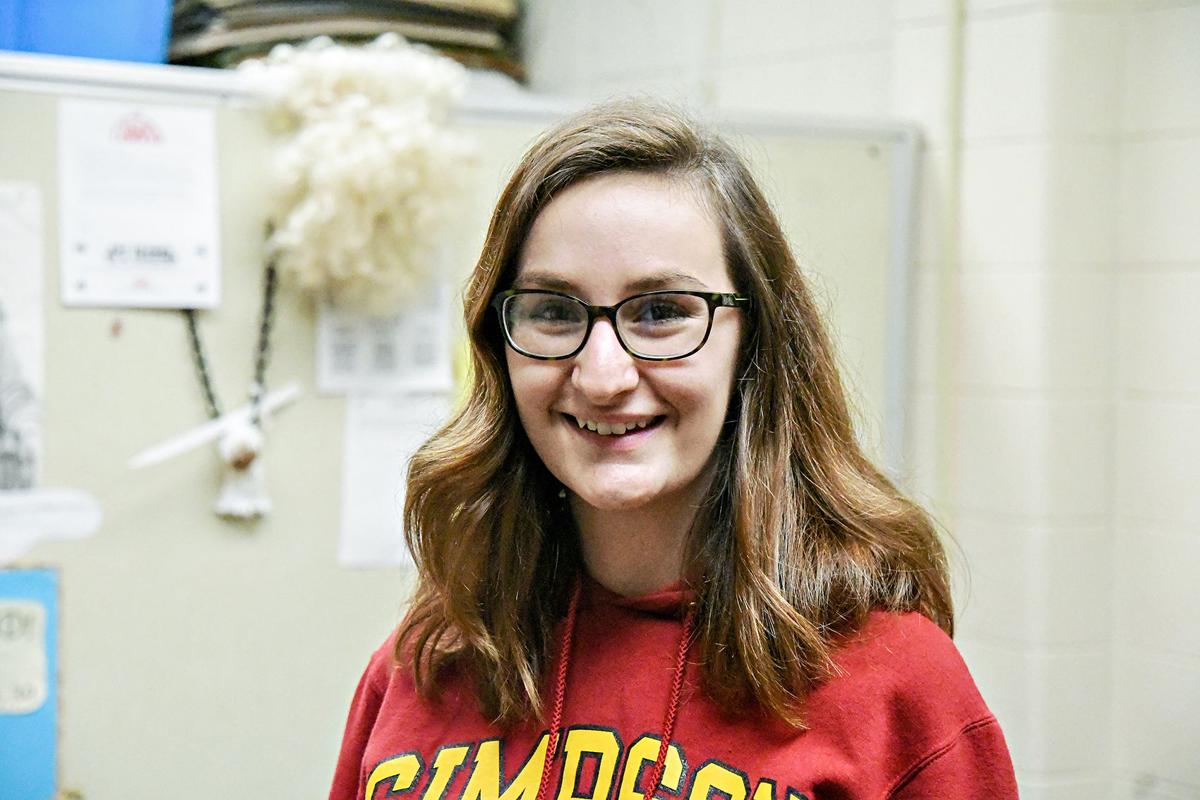 “We are taking the basic story of Rapunzel, but there are many twists to it,” said Gude, a 2018 Sheldon High School graduate.

“Rapunzel (Uncut)” was written by Mariah Everman and tells the familiar story of the imprisoned princess meeting a handsome prince. However, as the action unfolds, two narrators compete to tell much different versions of the story as they remember it.

The narrators, played by summer theatre staff member Luke Jansma and freshman Dylan Frangenberg, even interact with the characters at times.

“So it’s not like the narrators are invisible,” Gude said.

The characters also have twists to their personalities that set them apart from the classic telling of the story. For example, Gude said the witch is nicer than how the audience may expect her to be while the prince is less intelligent than he is in the traditional tale. Rapunzel, meanwhile, behaves like a brat.

“It challenges the story, the story that we know of Rapunzel,” Gude said. “That’s where the narrators come into play of making us think of the other side of the whole story, another side to each character.”

Since her show is the children’s show, Gude said it will cater specifically to the kids in the audience.

“We want them to buy into the show and be all in with the show, and so the most important thing for our actors to keep in mind is to make their characters larger than life,” she said.

To help achieve that aim, there also will be times throughout the show when the narrators will break the fourth wall to interact with the audience members, especially the children. Jansma and Frangenberg will approach the edge of the stage to address the audience, asking for their input about developments in the show.

Gude said rehearsals for the show began toward the beginning of June. Since the scripts arrived later than expected, her cast has had less time to rehearse than they anticipated.

Nonetheless, Gude has been appreciative of her cast, which consists mainly of younger actors with little theatre experience. She said she has had to show some of them the basics of acting on stage but that they also have been able to use their instincts to improve their acting along the way.

Gude is heading into her sophomore year at Simpson College in Indianola, where she is studying Spanish and music. She participated in the summer theatre program all four years while she was in high school and is making her directorial debut this summer.

She has acted in two children’s shows for the program in the past: “The Lion, the Witch and the Wardrobe,” and “Ramona Quimby.” She said her experience participating in children’s shows has helped guide her as a director and understand the expectations people have for the children’s show.