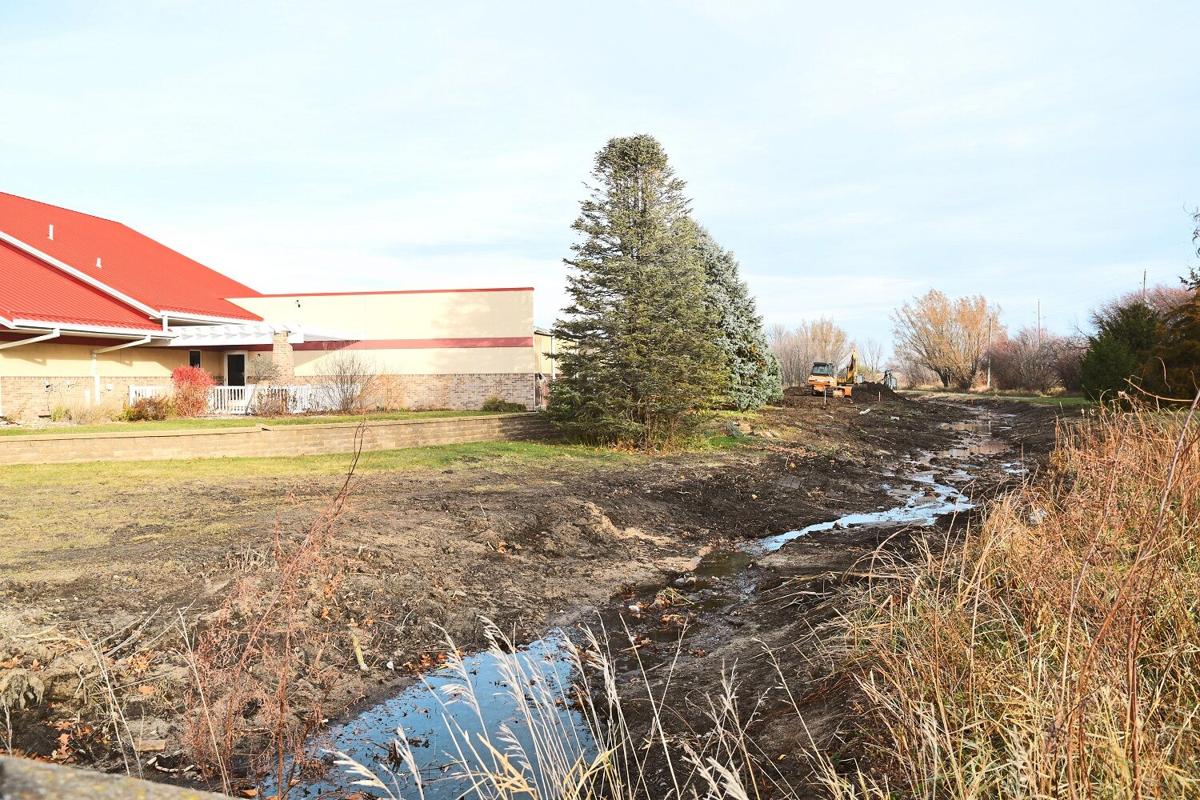 Crews from Northwest Iowa Community College have been working to clear out overgrowth in the creek that runs between the Sheldon School District’s new preschool building and the recreational trail. Superintendent Cory Myer updated the school board on the project’s progress at the Nov. 15 meeting. 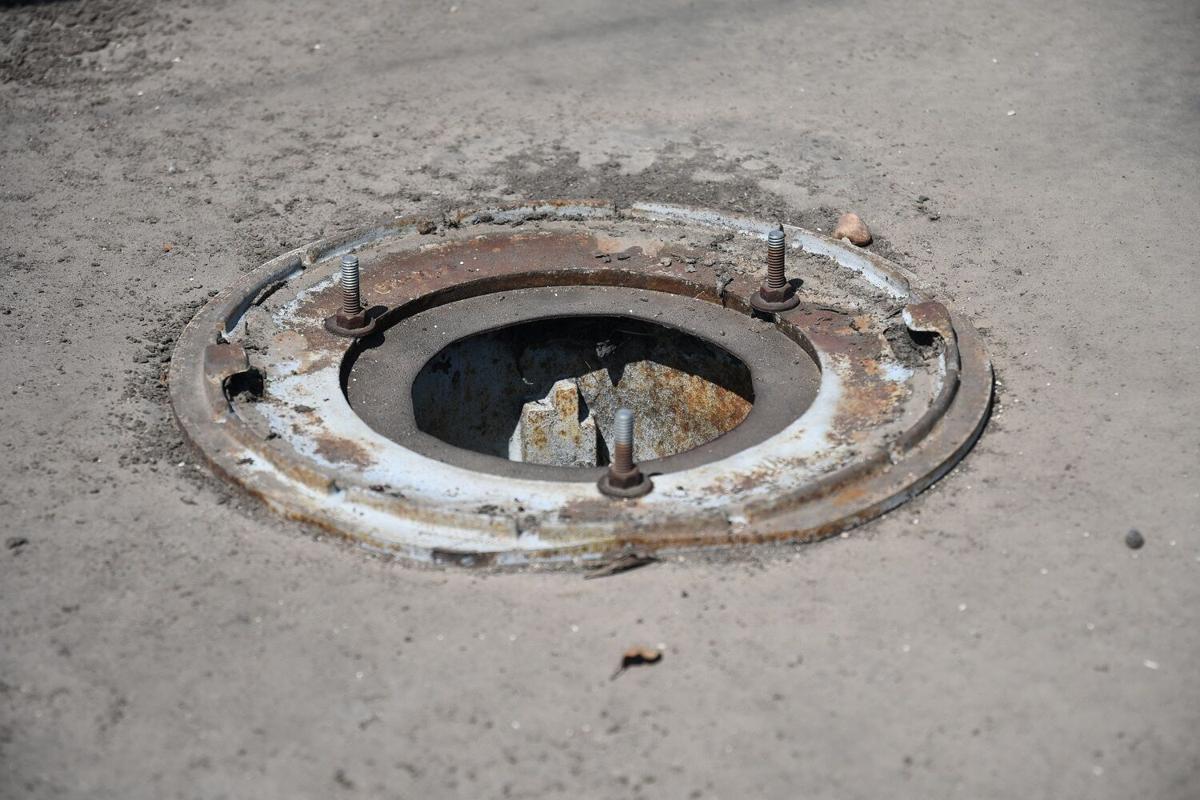 Sheldon superintendent Cory Myer updated the school district board of education on the drain pipe on the high school roof during the board’s Nov. 15 meeting. The plan is to install a custom-made cap to the pipe to reduce the flow of water and avoid the pipe from exceeding its capacity.

SHELDON—Facility talks dominated much of the Sheldon School District Board of Education’s meeting Nov. 15, including an update from superintendent Cory Myer regarding the high school roof drain.

The building saw back-to-back flooding from heavy rainfall that hit Sheldon in July due to a drain pipe on the roof that has corroded through the years.

A solution Myer and the district’s director of buildings and grounds, Ryan Cannoy, have explored is installing a new custom-made washer-like cap on the drain that would restrict the amount of water that would be able to flow into it. That in turn would reduce the drainage system to hit full capacity and help prevent pressure build up leading to floods.

An additional part of the project involves cutting scuppers along the side of the roof, which would help rainwater run off the side of the building to prevent overflow. The scuppers would reduce standing water from 4 inches in height to only about 2 inches.

“We’re hoping to do all of that work before spring because we’d like to not have to be paranoid every time it rains on whether we’re going to flood the high school,” Myer said.

He also gave a progress report on the preschool project underway at the former Fantasia building across the street from the high school.

A crew from Northwest Iowa Community College has been doing dirt work outside the building next to the Sheldon Recreational Trail where the playground will be installed.

“That will be leveled off, and we’ll put the retaining wall around there so that’ll be nicer,” Myer said.

He visited the site the week before and said the highlight for him was being able to help out the construction crew on the heavy equipment.

The board also approved the purchase for the playground equipment from Outdoor Recreation Products of Omaha, NE, for $84,920, which includes installation. However, Upper Des Moines Opportunity is contributing $24,995 to the purchase, so the district’s actual cost will be $59,925.

Another preschool item the board OK’d was a change order for $34,057 for the project to cover additional construction needs that arose. Myer said several changes were included in that cost, although the majority of the amount is from removing the mezzanine of the building, increasing the ceiling height and adding a mechanical room.

The district will receive a check for $24,000 from the architectural company assisting with the project to offset some of the change order costs.

“I felt really good about that. I think that’s very fair,” Myer said.

He also updated the board on the public fundraising that’s underway for the new turf field, which is a joint pursuit between the district and NCC. The field will cost about $1.1 million while a digital scoreboard the district is getting to go with it from Brookings, SD-based Daktronics will be about $359,000.

Myer said there’s about $100,000 remaining before the schools reach their public fundraising goal and predicted that the deficit would continue to decrease as more small donations come in.

The board also signed off on a five-year lease agreement with Daktronics for $71,851.60 annually for the new scoreboard. The agreement corresponds to five-year pledges the district has received from businesses in town that have agreed to donate to the project in exchange for advertisements being displayed on the scoreboard.

“This will be paid for by revenue generated by the businesses that advertise on that board, but we just have to run it through the school,” Myer said.

The size and placement of a business’ ad on the board will depend on how big that business’ contribution was — larger donations will get bigger and better-placed slots.

The district approved the purchase this month because of a zero percent financing deal Daktronics is offering in November. In researching the fiscal impact, Myer and district activities director Eric Maassen found such financing would save the district $20,000-$21,000.

Newly elected board president Susan Rensink asked what would happen to the advertisements on the board after the five-year lease period is over. Myer said at that point, the district would accept new sponsorships from businesses who want to buy advertisement spots on the board.

“This will pay for itself in five years, then it becomes a fundraiser, essentially, for your athletic program,” he said.

The Sheldon School District Board of Education also addressed these agenda items during its Nov. 15 meeting:

SHELDON—Kids are having a ball participating in the programs put on by the Sheldon Recreation Department.