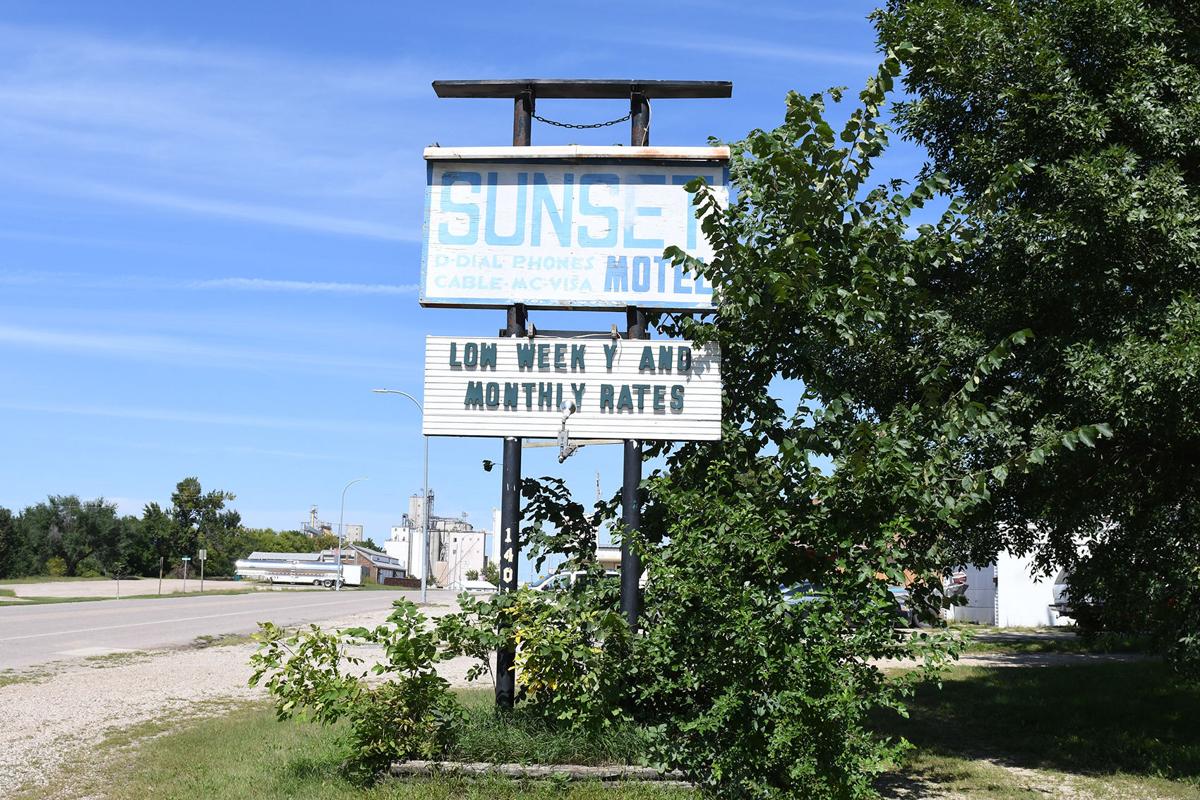 Since the owner died in 2016, the Sunset Motel in Sheldon has fallen into disrepair. 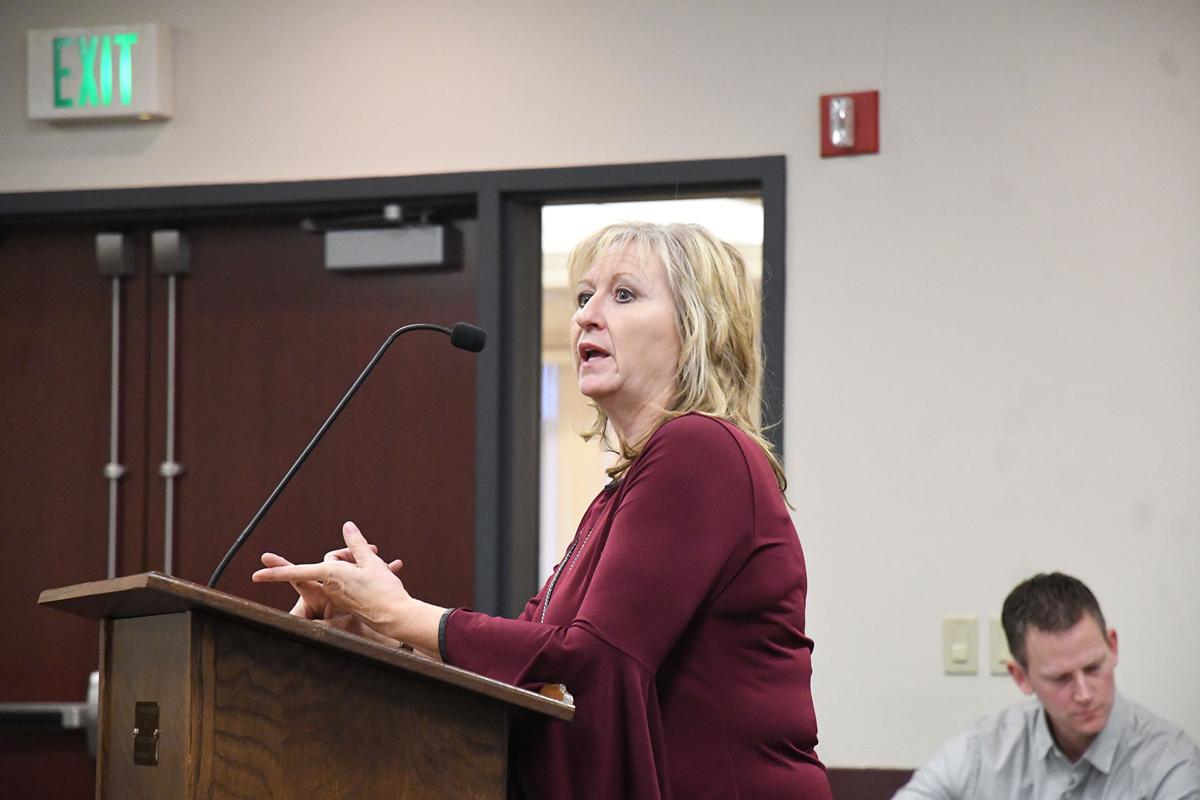 Kathy Sterler of Sheldon talks to the Sheldon City Council on Thursday, Jan. 2, about a property proposal she and her husband, Kerwin, presented the city. 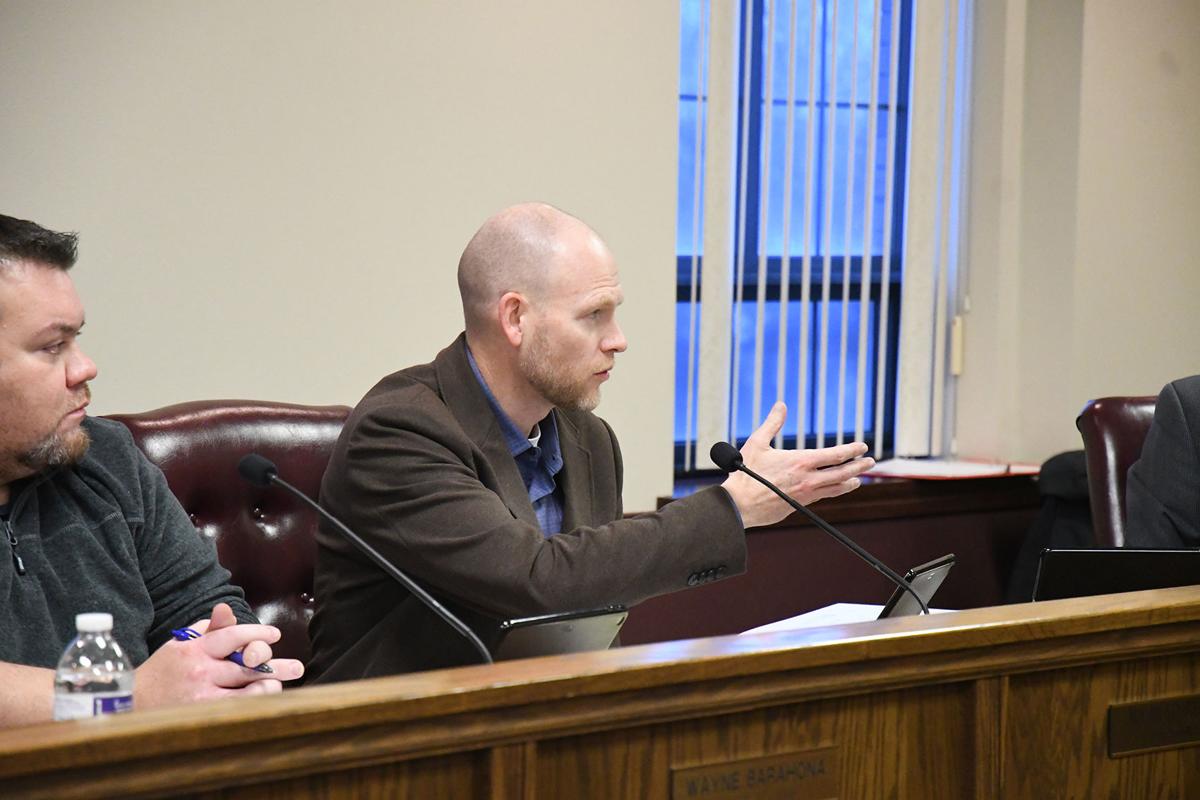 The first property is the former DJ’s Redemption Center at 428 W. Park St. The building was heavily damaged in an August 2016 fire and the remains of the structure have to be removed.

Additionally, a July test confirmed parts of the building, including the roof, contain asbestos.

Kent and Janet Lohrenz, owners of K&J Cycle, located next do DJ’s, offered the city $1 for the property and wants the city to cover the closing costs of the transaction and provide $8,000 to demolish to building and remove the asbestos.

The couple is considering placing a small storage building on the D.J.’s site.

The council gave city manager Sam Kooiker and city attorney Micah Schreurs permission to negotiate with the Lohrenzs; however, there was disagreement on how to proceed with the other two city-owned properties.

Sheldon also is looking to off-load the former Sunset Motel at 1401 Second Ave. and a residence at 1023 Garfield Ave.

Each property has its own unique challenges and will require the removal of certain structures.

Both wings of the Sunset Motel have to be demolished although the city considers the home that also served as an office for the business to be salvageable. The motel has been closed since October 2016 after its owner died.

The residential property at 1023 Garfield Ave. was formerly the home of Jerry Mulder, who died on Nov. 10. The home is thought to be a former train car and the contents inside of it and nearby garage are included. These structures also will need to be leveled.

For all three properties, the city initially underwent a sealed bid process, which opened on Sept. 18 and closed Nov. 8.

The only bid submitted before the deadline was one by the Lohrenzs although Kerwin and Kathy Sterler of Sheldon presented one for the Sunset property on Nov. 20.

Instead of reopening the sealed bid process, the city elected to accept redevelopment proposals for the properties. Both proposals presented Thursday included the 1023 Garfield Ave. property as well as the Sunset Motel.

“This has been a little bit of a challenge for us and for me, partly because we are out of the sealed competitive bid process,” Kooiker said. “At this point, the council is allowed to consider whatever factors it would like to consider and it’s been a little bit awkward because we received one proposal and then a few weeks later we received another proposal that had similarities to the first proposal.”

The first proposal Kooiker mentioned was from Tim Pottebaum of Sheldon, who gave the city his initial proposal on Dec. 3 and updated it on Dec. 31.

Pottebaum’s proposal, which did not include any financial figures, would see him clear the property at 1023 Garfield Ave., including the existing home, and relocate the home from the Sunset Motel and add a two-stall garage.

As far as the motel property, Pottebaum said he would clear it of all debris and level it out in a timely manner and figure out what do with it from there.

The second proposal Kooiker highlighted Thursday was from the Sterlers, who offered a revised version of their initial sealed bid from Nov. 20.

According to the Sterlers’ new plan, they would pay the city $5,000 for the Sunset Motel property and they would remove the motel wings, remove the asbestos and repair the house, clear trees and eventually place six new mobile homes on the property.

Contingent on the city accepting that proposal, the Sterlers would purchase the 1023 Garfield Ave. property for $1 and remove the existing house and replace it with another home that would be brought in from outside city limits.

“You have two good proposals and theirs pluses and minuses to either one,” Kooiker said.

A few councilmen and mayor Greg Geels expressed some hesitancy about moving forward with either one of the proposals Thursday since the Sterlers’ second offer was essentially a spin on Pottebaum’s offer.

“Can we at least find some way to structure this where we can do an exact apples-to-apples comparison for not only monetary value but an ability for us to assess the overhaul value to the community,” councilman Wayne Barahona asked.

Councilman Tom Eggers said it would be difficult but somewhat possible through a tax revenue perspective and thought it would be interesting to know the difference between the proposals.

Geels also noted the Sterlers’ proposal provided an intangible benefit of additional housing. Eggers asked how would that compare to a commercial use proposal, but Geels noted neither proposal mentioned such usage.

Councilman Brad Hindt favored the Sterlers’ proposal because it included monetary amounts and he noted it would fit well with the existing infrastructure in the space. Sunset Motel is adjacent to mobile communities owned by the Sterlers.

“This is to our advantage to put something in there worth value because we don’t want say garbage trucks parked next to our homes because they are homes for a lot of people; we’ve had people there for many, many years,” Kathy Sterler told the council. “We don’t want to see the value of our property go down and we didn’t want to see the value of the other property go down.”

Sterler also noted she and her husband previously attempted to gain ownership of the Sunset Motel before the city acquired it, but they were unable to track down an heir of the previous owner, David Enfield, who died on Oct 28, 2016, leaving the property in limbo.

“It’s always been our intent to improve that property if we could get it,” Kathy Sterler said.

After Hindt suggested moving forward with the Sterlers’ offer, Geels said he considered it unfair the Sterlers were able to make two offers while Pottebaum made the one offer.

Hindt noted the only way it would be fair is they held an auction for the property with set guidelines and minimum bids.

Kooiker suggested the council take no action on Pottebaum’s proposal nor the Sterlers’ until the Jan. 15 meeting, which the council agreed to do in a 4-1 vote with Hindt providing the lone “no” vote.

“Months from now, it’s going to be important that we got it right and that we took our time to do it,” Kooiker said.

In other business Thursday, Jan. 2, the Sheldon City Council:

SHELDON—The city of Sheldon wants to prepare for more shake-ups in the Sheldon Police Department.