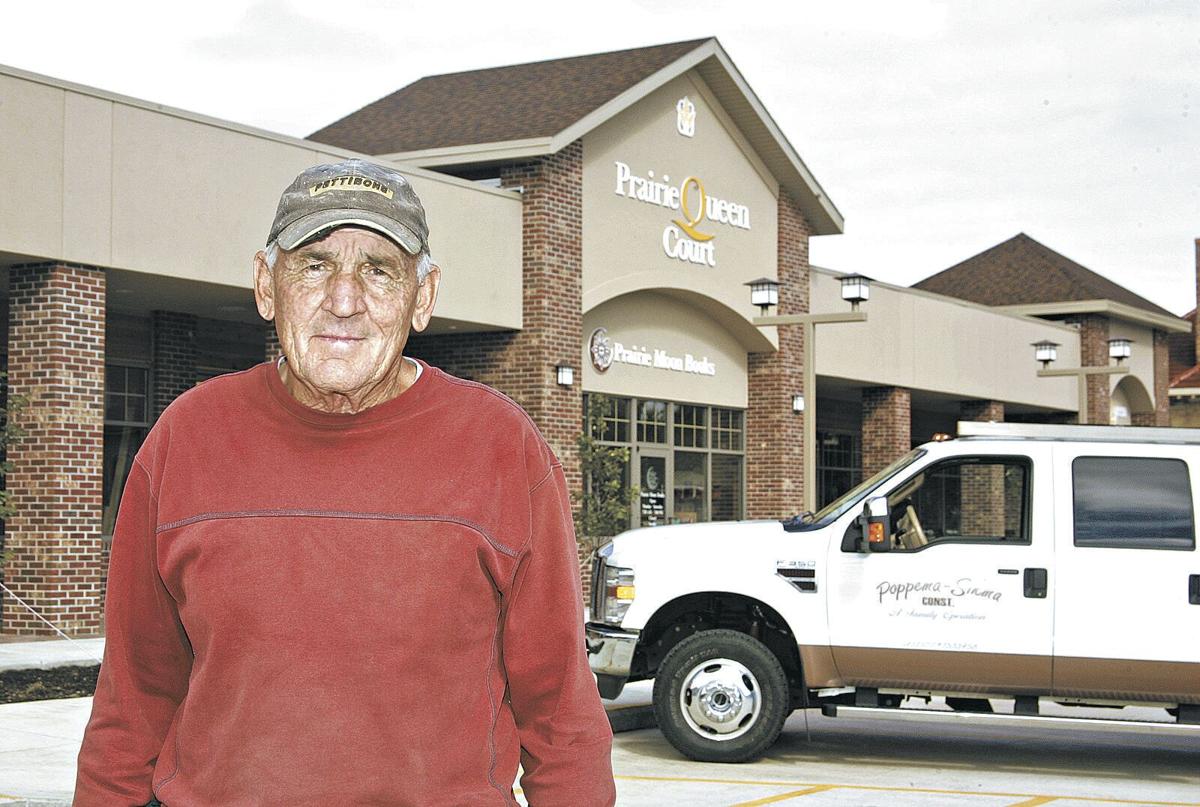 Bob Poppema stands in front Prairie Queen Court, one of his many projects in Sheldon. The founder of Poppema-Sikma passed away on Wednesday, Feb. 10, at the age of 80. 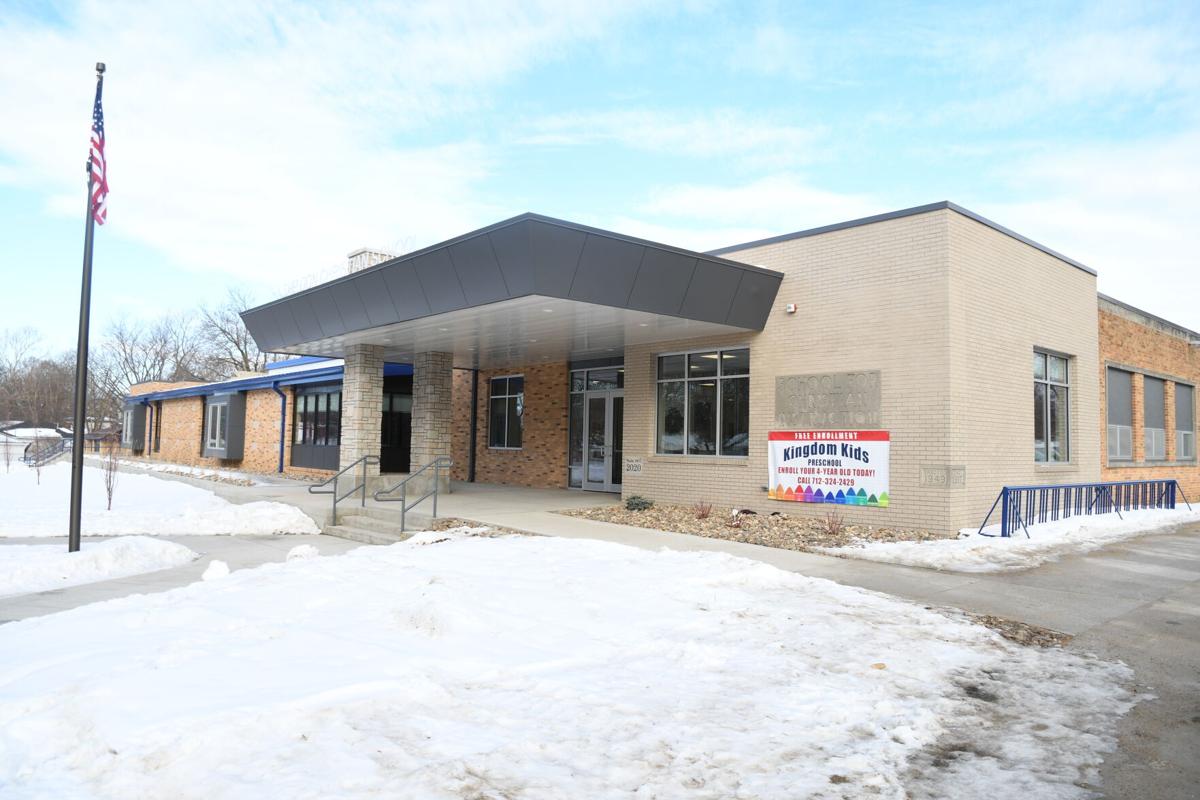 Bob Poppema stands in front Prairie Queen Court, one of his many projects in Sheldon. The founder of Poppema-Sikma passed away on Wednesday, Feb. 10, at the age of 80.

SHELDON—Bob Poppema was never one to seek the spotlight.

But along the way, the spotlight would find the devout Christian on more than one occasion because of his commitment to the community.

The owner of Poppema-Sikma Construction Co. not only wanted to build quality structures, he also wanted to contribute to Sheldon.

His company remodeled a number of structures in downtown, built a strip mall at the intersection of Highway 18 and North Second Avenue and remodeled Sheldon Christian School.

Poppema-Sikma’s motto is “Built to Endure,” which is exactly what Poppema did for the community of Sheldon.

While Bob Poppema was humble about all he accomplished for the community, the city of Sheldon made sure Bob knew how much he meant to the community.

In 2000, Bob was named the recipient of the Hank Award, which recognized the recipient’s lifetime contributions to the Sheldon community. The award was named after Hank Bousema, a leader in Sheldon’s retail community, and Hank Kleinwolterink, an entrepreneurial industrialist.

A decade later, Poppema-Sikma finished construction on Prairie Queen Court, the building on the corner of Third Avenue and 10th Street. The complex took the place of the former Pizza Ranch and Iowa Theatre building, which was destroyed by a fire in 2002, and the former Prairie Queen Bakery, which moved into the then-new complex.

It was one of the many projects since 2000 that earned Bob his second Hank Award in 2010, becoming the first person to be bestowed with the honor twice.

Bob did the same for surrounding communities. Poppema-Sikma remodeled Western Christian High School in Hull and built the new fire station in Orange City, among his numerous projects.

Sheldon mayor Greg Geels knew Bob and his family since his childhood. The Geels and Poppemas were close friends and Vogel Paint & Glass, which Geels is the president of, often contributed to Poppema-Sikma projects.

“Driving through the community and surrounding area, one can observe numerous homes, churches, schools, hospitals, commercial buildings and offices that were built with the quality and workmanship that became the trademark for his firm,” said Geels during a statement at last Wednesday’s city council meeting. “Bob had the belief to move forward that Sheldon had what it takes to make it work. Most importantly, Bob was a Christian in all that he did. That was reflected in how he lived and treated others. Many people have been touched by his generosity.

“Sheldon has benefited from the role he played in this community and he will be missed.”

A life in Sheldon

Bob grew up in Sheldon and besides a couple of years where he worked construction in California, he a lifelong Sheldon resident.

Bob married Mavis and the two had five children — Natalie, Leah, Dan, Mike and Kenny, who died in 2018. Mavis died in 2019. The two were members of First Christian Reformed in Sheldon.

In 1964, Bob teamed with a couple of partners and established what is now Poppema-Sikma Construction. Bob retired about three years ago, or “semiretired” as Dan put it.

“He kept working for a while. My dad was still around up until the last few weeks,” said Dan Poppema, who is the president of Poppema-Sikma Construction. “We valued his opinion greatly and we still do. My dad always had a lot of energy. Every project was special to him in some way, shape or form, no matter how big or small. He was always customer first. At the end of the project, he wanted a satisfied customer.”

Family was even more important to Bob, who Dan called his best friend.

Dan’s favorite project that he worked on with his father was remodeling Sheldon Christian School in the summer of 2019. Poppema-Sikma added the whole south side of the school along with remodeling existing classrooms and putting in new ceilings and flooring.

Bob Poppema nearly died just over a year ago. During harsh winter conditions with the temperature below zero, water department worker Dave Andringa found Bob lying in the parking lot of Poppema-Sikma Construction.

Andringa’s actions gave Dan some extra time with his father.

“I had some very special times with my dad the last couple of years. Not just work related, just day-to-day stuff sons and fathers talk about,” Dan Poppema said. “Family was more important than any construction company. It was family first for him.”

Dennis Burgers worked for Poppema-Sikma for 22 years. He was living Wisconsin when he got a call from Bob.

“He flew up to see me for an interview and I started to work for him. I was 28 then,” said Burgers, who works at Neil Chase Lumber as an estimator and a drafter. “He took an architect’s plan and all of the engineering with it and made it a reality and that’s what it is all about, making it a reality for the owner. Bob always believed in quality. We started out small and as the company grew, my responsibilities grew and so did his. We grew together.”

Burgers handled most of the office work when it came to estimates and he was the drafter on smaller projects.

No matter if the project was big or small, Burgers said Bob treated it the same.

Bob also cared about his employees. He made sure they were taken care of and let them know when they did good work.

Burgers’ father died a few weeks ago. Even though Bob was not in the best of health, he visited Burgers at Neal Chase Lumber.

“He walked in, handed me a card and we had a conversation. He wasn’t feeling well himself but he was always thinking of others,” Burgers said.

If Mark Gaul needed to talk to Bob Poppema, he knew he needed to schedule the meeting in the morning.

“He and his wife were customers and he would come in for coffee and we got to know him that way,” Gaul said.

Gaul later became the Sheldon Chamber and Development Corporation director and got to know Bob on a professional level.

If Gaul wanted to meet with Bob, he had to schedule it at about 5:30 or 6 a.m. at Prairie Queen Bakery, which was a daily stop for Bob.

“He was probably the hardest-working man I ever met,” Gaul said. “He was one of those neat people that got things done. He started early and worked hard. He was absolutely a Sheldon person that loved the community. He cared about the community more than anybody I knew.”

Here is a list of some of the projects Bob Poppema worked on, which was compiled by former Poppema-Sikma employee Dennis Burger.

Numerous homes in his early years

ALTON—Alton voters are about to be in the hot seat, tasked with voting on whether their fire station will receive a major expansion.