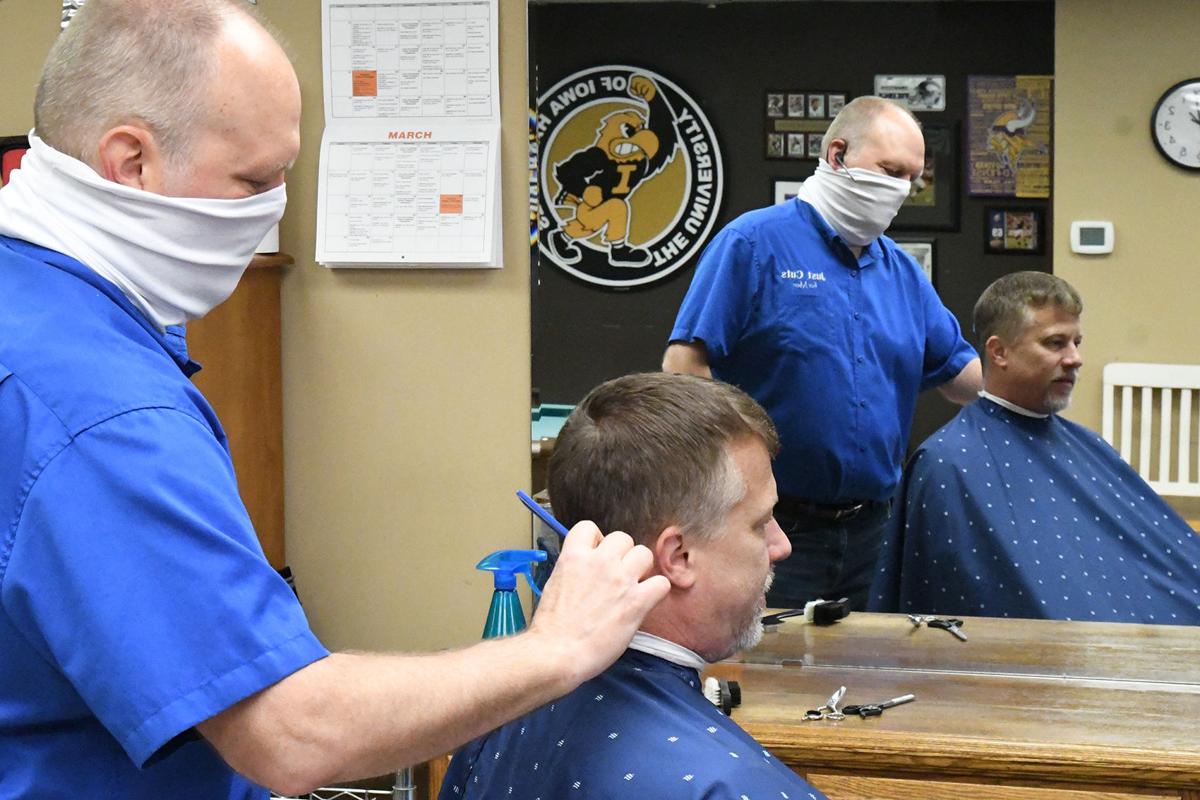 Sheldon barber Brian Tutje was glad to get back to work on Friday, May 15, which was the first day barbershops and beauty salons could reopen in Iowa after being closed nearly two months due to the coronavirus pandemic. His first customer, Joel Bousema of Sheldon, also was grateful. 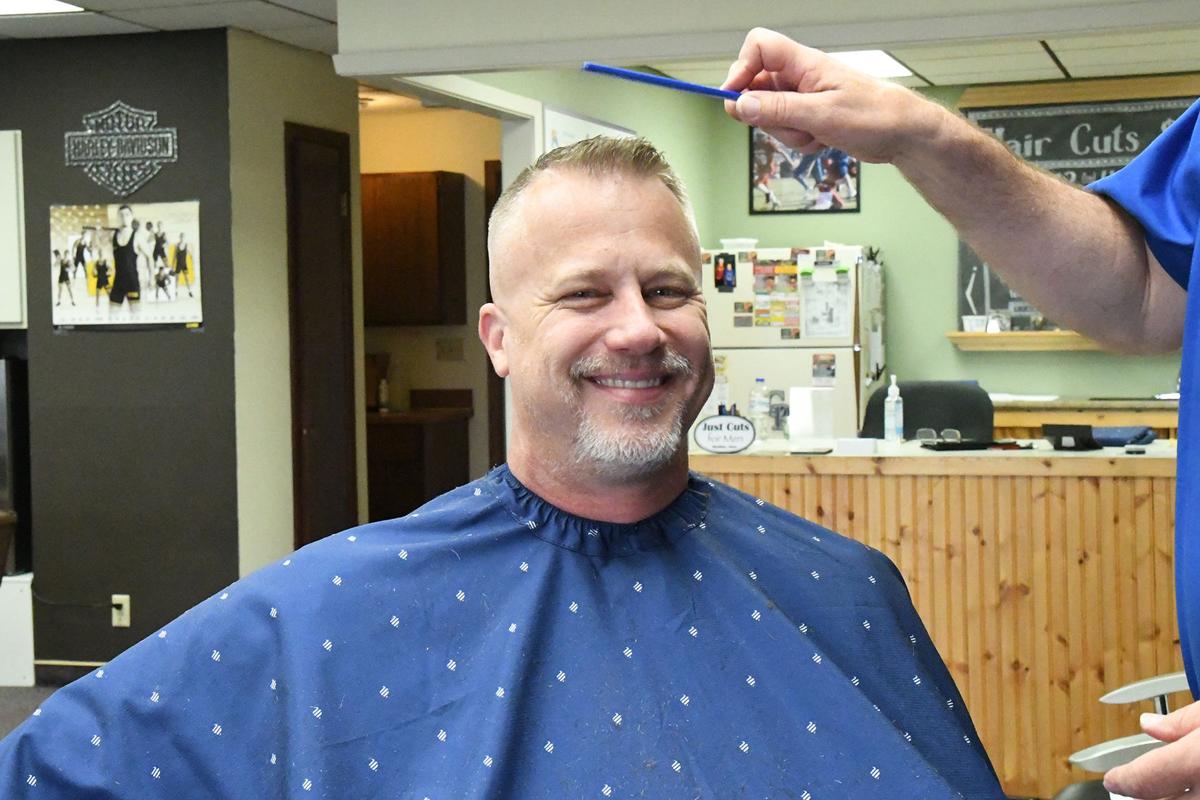 Joel Bousema of Sheldon was pleased after getting his first haircut in months when Just Cuts for Men in downtown Sheldon reopened on Friday, May 15.

SHELDON—The last two months were pretty hairy for Sheldon barber Brian Tutje but not in a good way.

Tutje is the owner and operator of Just Cuts for Men in downtown Sheldon and he was unable to cut hair for nearly two months after a proclamation from Gov. Kim Reynolds closed barbershops and salons due to the coronavirus pandemic.

“I did not like it very much,” Tutje said.

“I tended to get a bit negative at first about this whole thing because it was just a very hard to see a positive out of it with the way the country was reacting to everything, but I found some positives in it.”

He also gained another positive last Wednesday when Reynolds lifted her ban on professional haircuts started at 5 a.m. Friday, May 15.

The governor made the announcement during her 11 a.m. press conference and within minutes Tutje’s customers were looking for him.

“I had so many phone calls,” Tutje said.

He initially thought the haircut ban would be lifted on Saturday and booked customers for that day but with an extra day to cut available, Tutje got to work on rescheduling his clients including Joel Bousema of Sheldon.

Bousema was at the shop at 8 a.m. Friday for Tutje’s first cut since the ban was lifted although his hair was in better shape compared to most men in Iowa.

“Fortunately, I got into Brian about a week for or so before he closed,” Bousema said.

As he cut Bousema’s hair, customers walked in to make appointments and others called his phone to schedule their cut but his calendar had filled in quickly and some had to wait another eight days before they could get in.

Tutje joked that if the hairs in your ears are visible you are more than overdue for a cut.

Just Cuts for Men opened 10 years ago and Tutje said the period March 22-May 15 was longest he has gone without cutting since.

He had appointments set up for April 1, April 8 and May 1 which were presumptive dates barbershops could reopen, then to May 16 before moving some of them to May 15.

“So I rescheduled a group of people four times,” Tutje said.

“That was very hard and stressful for me as well as any other hairdresser because you can’t just go in and say, ‘I’m ready to open,’ you’ve got to schedule appointments.”

Being able to cut again is a relief for Tutje as well as his customers who welcome the return of his services.

“I would have been looking for a black market haircut,” Bousema said.

As we were putting the finishing touches on this week’s Mail-Sun, managing editor Ty Rushing was stumped while trying to come up with a good headline for the print version of this story.

He asked his Twitter followers for suggestions and they came through in droves — for better or worse.

Here are some of the suggestions: