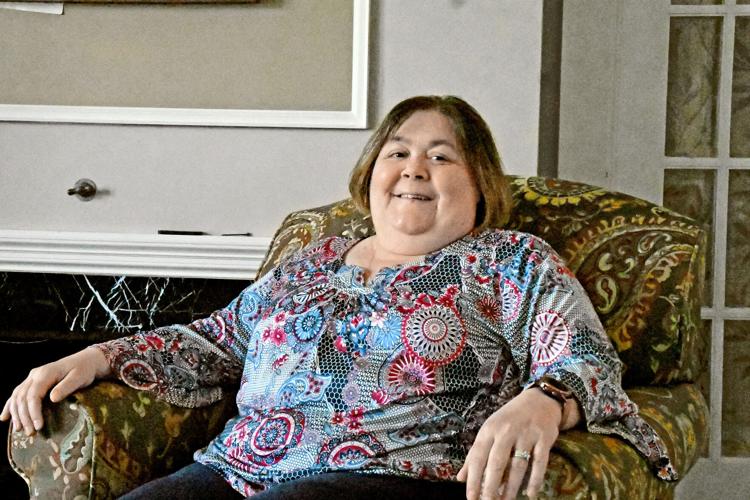 Kristi Hegenbarth is back at home after spending 52 days in hospitals while fighting a severe case of the coronavirus. 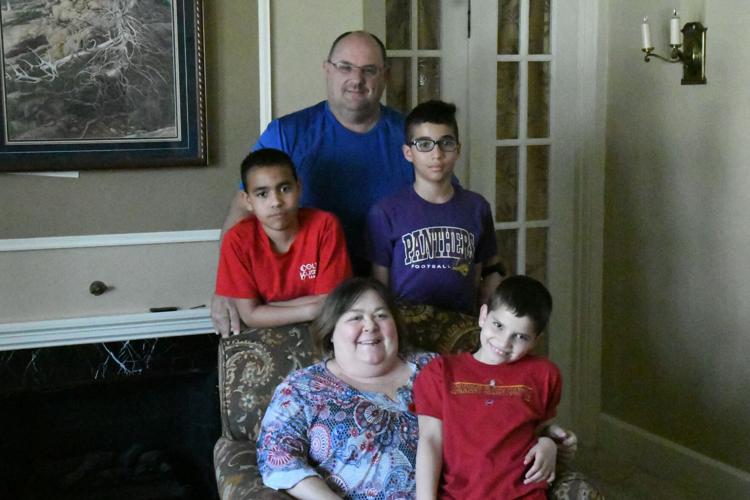 SHELDON—Leaning back in her living room chair and taking a deep breath, something she couldn’t do just a few months ago, Kristi Hegenbarth told the story of how no one expected her to survive.

She spent the darkest weeks of the winter fighting COVID-19 — a coronavirus case her medical caretakers thought would kill her — and she’s on her way back with the assistance of physical therapy, an oxygen tank, and one unbreakable spirit.

And it wasn’t just her soul doing the work.

“We have had an amazing network of support through this community, people we don’t even know, prayer groups that were praying for me because somebody that knew me,” Kristi said. “That’s the type of community Sheldon is.”

“That’s how I knew that Tuesday morning,” she recalled Nov. 17.

“I made breakfast and I started to eat my eggs, and I had no taste. And everybody I knew had said ‘Oh, if you lose your smell or your taste, that it’s’ — you know.”

It was the start of a four-month period without perceiving flavor, but a vibrant palate wasn’t a top concern for the 53-year-old Sheldon resident.

“And a month later I get COVID.”

Knowing the potential danger she’s in as an immunocompromised person during a pandemic, she was as careful as she could be. However, like millions of others, her caution only protected her for so long.

“That’s the thing: My immune system is pretty much nothing still, so COVID really attacked that part of me.”

Later that same Tuesday, she got a rapid coronavirus test along with her husband, Rob. By sundown, the two results came back positive.

“I know that a lot of people don’t come back after being on a ventilator.”

Within days, Kristi was unable to breathe properly.

“If you’ve ever not been able to catch your breath, you get panicky. I never used to be that way,” she said. “It’s like somebody sitting on you. Somebody’s put a 50-pound weight and you’re trying to take that full, deep breath.”

By Dec. 6, her inhaling had been replaced by panting. It was time to go to the hospital.

She spent 10 days at Sanford Sheldon Medical Center, after which she was released to self-monitor her situation at home.

“I came home, but I needed oxygen all the time,” but just eight days later, “Christmas Eve, I wasn’t feeling well and we went into the ER. I was dehydrated and that’s when I had the blood clot. So that was something,” Kristi said.

There were several COVID-related somethings Kristi experienced during her monthslong battle. Later on, she had cold sores in her mouth from the nebulizer treatments she had to take. She also became diabetic because of the steroids she took to fight off bacterial infections that developed in her lungs.

She came home for another “up and down” week, but after the calendar flipped to 2021, she was readmitted for another 10-day stint at Sanford Sheldon after her oxygen levels again took a nose-dive.

“When it snowballed, it really did.”

“Well, you’re not going to like what I have to say, but it’s time for you to be in Sioux Falls,” Kristi’s doctor told her on Jan. 10.

Too weak to get out of bed on her own, she was helped into a medical plane, better than a helicopter at that distance. Her team was unsure if she would be able to handle the trip without being on a ventilator.

That possibility haunted Kristi for weeks.

“I was scared. They were talking about whether to ventilate me or not,” she said. “I know that a lot of people don’t come back after being on a ventilator.”

She remembered countless medical staffers telling her they would “do everything they can” for her. The monotonous assurance came with a litany of challenges at Sanford USD Medical Center.

One of the hardest things she remembers enduring in Sioux Falls was proning. She would lay on her front for up to an hour to allay the deterioration in her lungs.

Another agonizing aspect was drawing blood. Her circulation became so bad that the only veins nurses could stick were in her hands, and even then, it could still take up to 40 minutes of trial and error. Kristi still doesn’t have feeling in some of her fingers.

“When it snowballed, it really did,” she said.

She spent most days in the company of only medical professionals, but across state lines, her community rallied the Hegenbarth family.

“Mentally, yes, but physically I hurt on the days where I just want to go home.”

Rob remembers meals being delivered that he didn’t even know were coming. People from their St. Paul Lutheran Church donated money, gift cards and their time to help take care of their house and children.

The couple’s three kids — Jayden, 12, Jaxon, 11, and Tommy, 9 — were driven to school and sports by friends and family members. Relatives from all over Iowa, including Waterloo and Fairfield, came to support the Sheldon clan.

“I’m grateful and surprised at the amount of offers and attention and help we received,” Rob said.

Beyond the physical pain she was in, Kristi said the most brutal part of her hospitalization was being away from her loved ones.

“What was the most miserable thing? Not being with my husband and kids. Mentally, yes, but physically I hurt on the days where I just want to go home. I just want to be with my kids.”

And she got a lot closer to them on Jan. 29 when she transferred back to Sheldon.

Her recovery baffled the medical professionals that were treating her. She remembers one of the doctors who said “you’re proving me wrong” every time he updated her prognosis.

Kristi went through a gauntlet of treatments, including some approved experimental treatments specific for COVID-19. To her, it happened rather suddenly when she realized she could temporarily breathe without a cannula.

She said no one knew why, but she was getting better.

“I don’t like to use that word, ‘miracle.’ But when a doctor starts saying you’re a miracle — I’m not that type of person to say that,” she said. What I want to do is to give people hope that everything we’ve all been through, not just me, is there’s always hope.”

She still has several challenges ahead. Physical therapy, she said, is strugglesome. What gets her through this phase of recovery is her kids.

Kristi spent a lot of time meditating on the countless families in situations like hers.

“There’s so many stories that are not mine. There’s so many people that lost someone, and they’re having to grieve in a whole new way,” she said of socially distanced funerals. “Those are things that went through my mind too. ‘What’s going to happen?’ But you can’t live in what-if’s. You just need to have faith and I think just that hope that tomorrow is going to be a better day.”

For others, she said she wants to share her hope.

Getting a COVID-19 vaccine in N'West Iowa

PRIMGHAR—Miranda Gebhart’s dedication to her patients at MercyOne Primghar Medical Center has not gone unnoticed by her peers.